We don’t hangout much in downtown Seattle but finally got to try the ever so popular Tacos Chukis. They have three other locations in town (Capitol Hill, Beacon Hill and Central District). 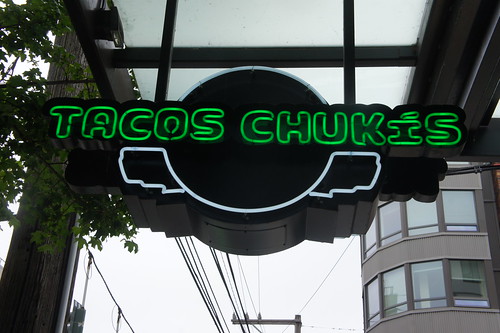 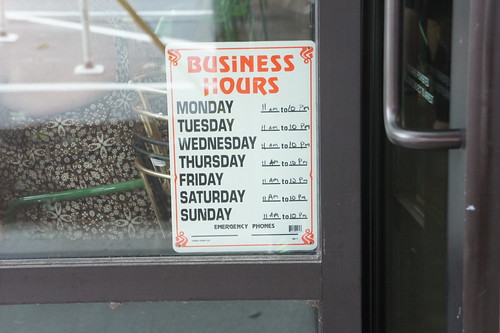 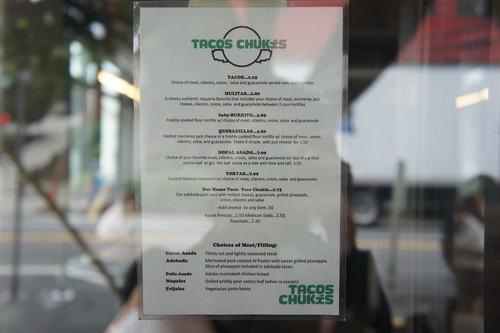 We dropped in on a Saturday afternoon (around 12:30pm) and it was bumping. A constant lineup of people waiting to order food. The inside is spacious with many tables inside along with a few seats outside. You order first, pay and then food is brought out. 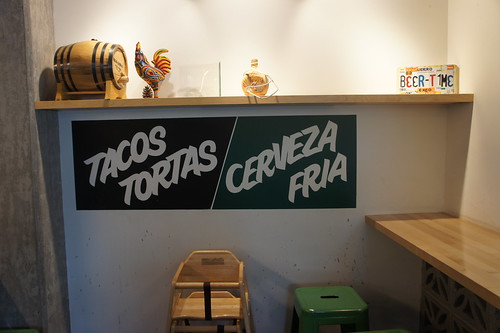 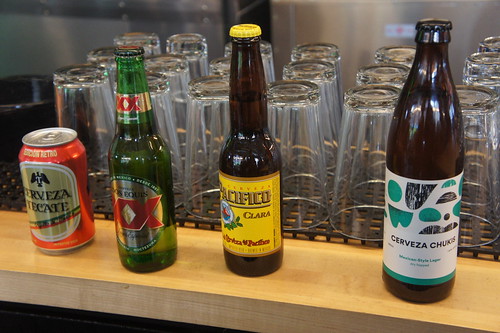 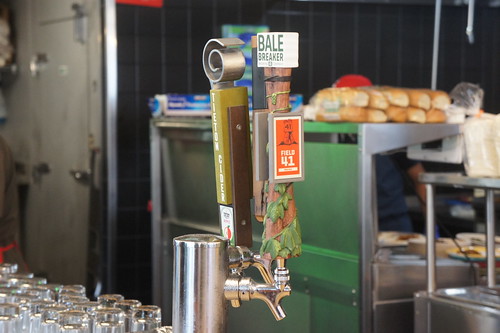 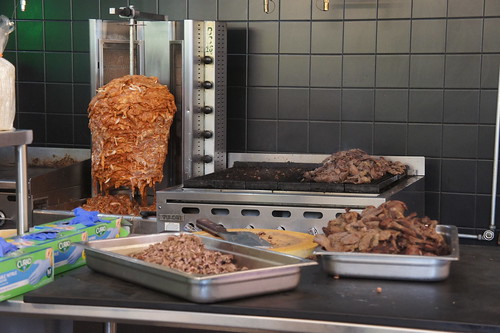 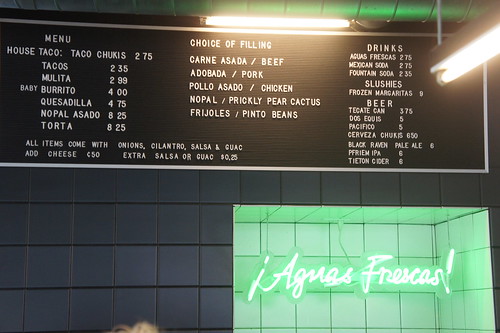 Basically, 7 items on the menu. 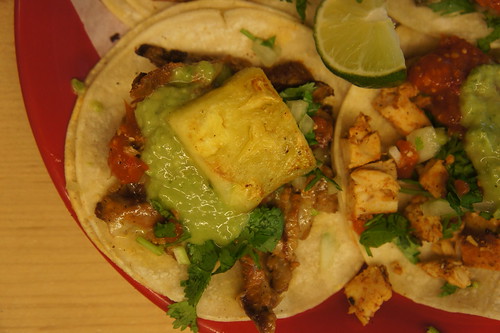 Adobada pork taco with melted cheese, guacamole, grilled pineapple, onion, cilantro and salsa. We liked the sweetness from the pineapple and both the guacamole and salsa 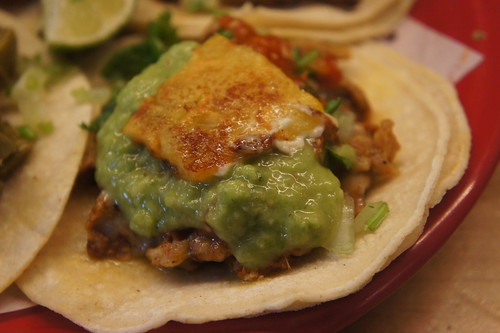 This helped to balance the flavours but man oh man, the adobada is overpoweringly salty. I couldn’t get over it. 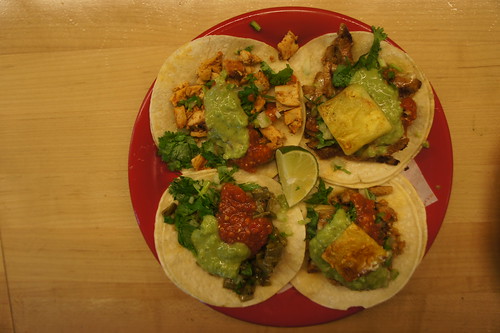 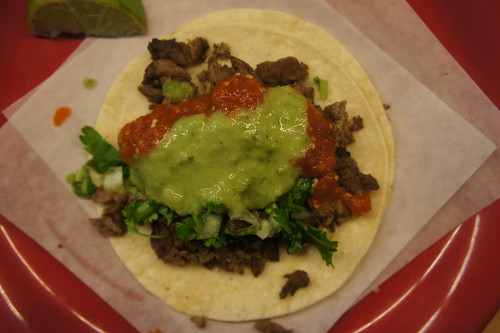 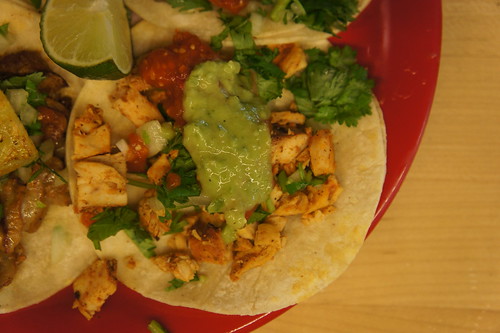 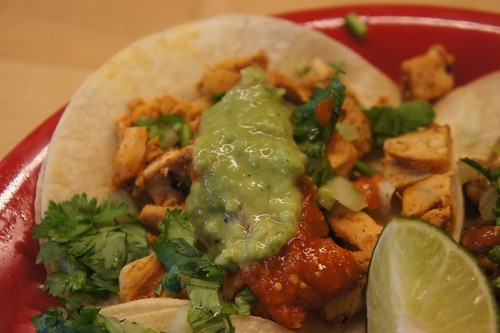 The nopales was decent but flavours were mute. 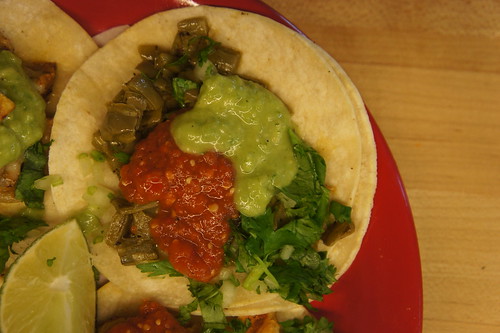 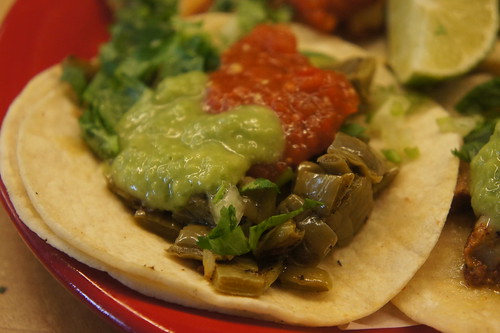 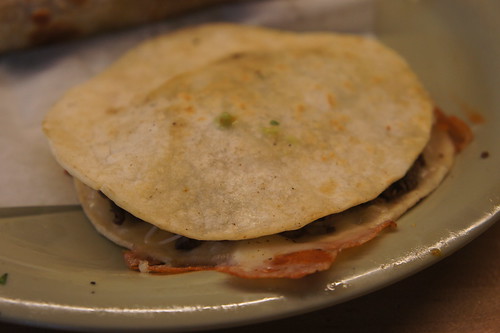 The only difference is it’s served with monterey jack cheese and in between two corn tortillas. Almost like a hybrid between a taco and quesadilla. We got ours with carne asada. Again, the only meat we enjoyed. 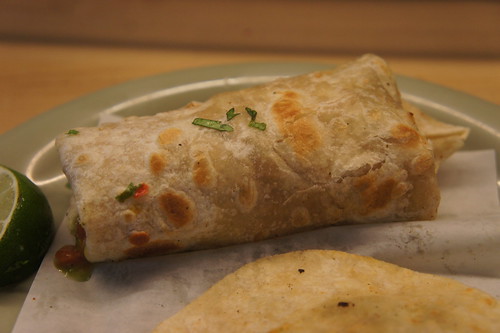 Didn’t find you get much inside their baby burritos. It’s definitely baby sized. Wouldn’t get this again. Pollo was again salty.

TC’s tacos were okay but didn’t impress. Too heavy on the seasoning.