We wanted a little dessert after dinner so we walked a couple blocks over to check out Nuvola Gelato & Dolci. They specialize in gelato but also make pastries and custom cakes. 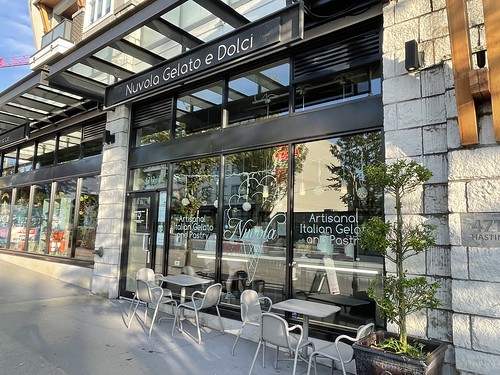 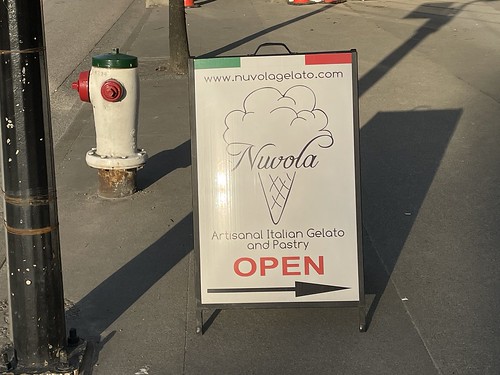 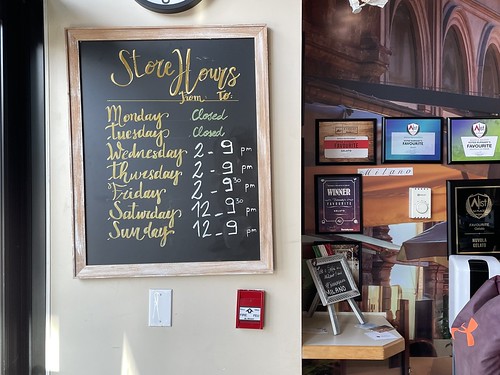 We dropped in on a Saturday evening (around 7:00pm). The inside is small with three bar stool seats to sit at. There are two small tables outside but it’s no frills (no umbrellas for shade). 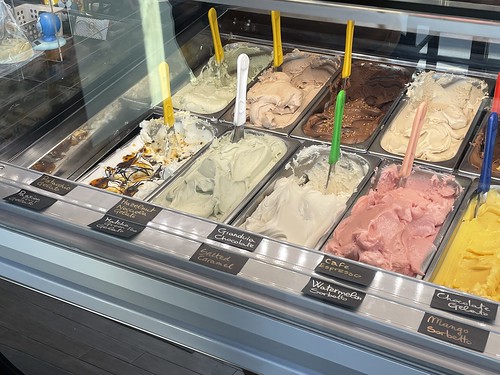 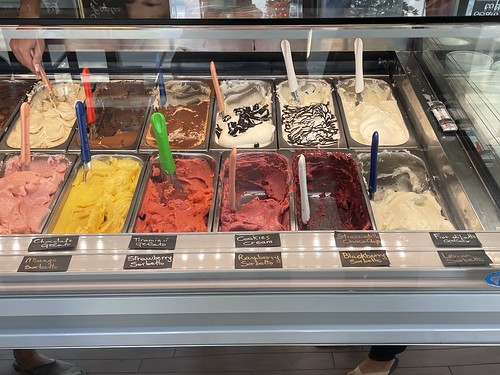 There was a total of 18 gelato and sorbetto flavours to choose from. 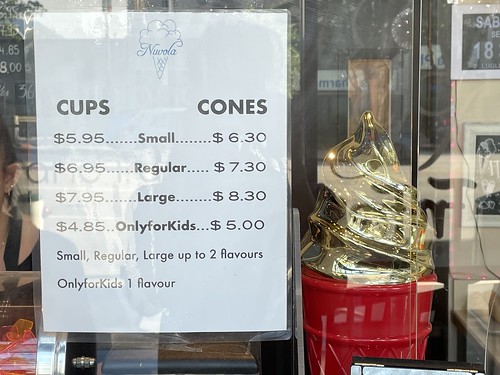 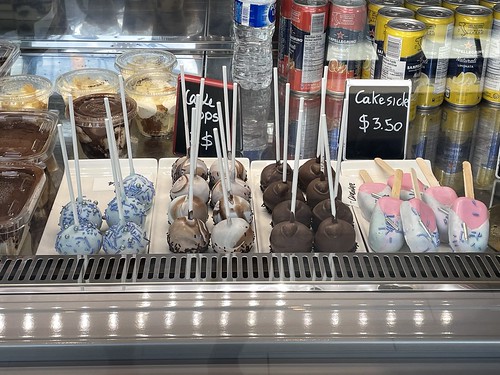 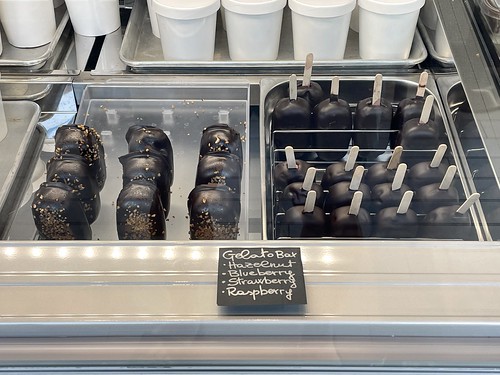 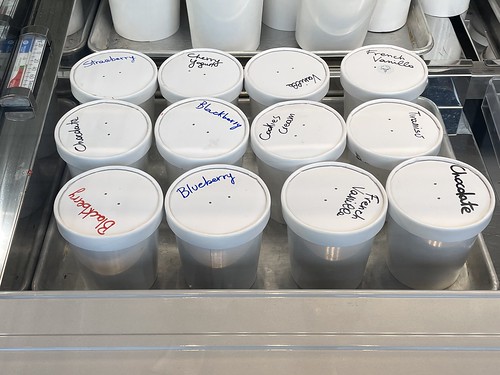 They also had gelato bars, cake pops and cakesicle in their display cases. 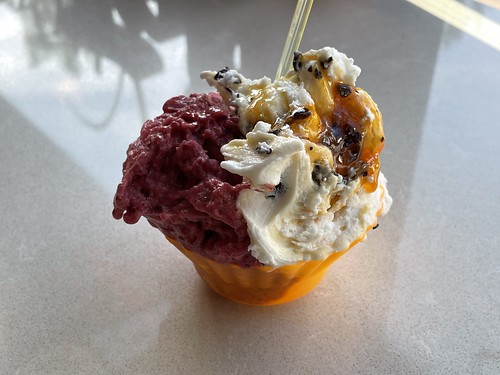 We went with the blackberry sorbetto and passionfruit gelato. Blackberry was the better of the two; good fruity flavour. Unfortunately, the passionfruit was weird; they put a dollop of puree on top but the gelato itself was plain.