Unfortunately, there’s not many Malaysian options in town but we decided to give Penang Bistro Fine Malaysian Cuisine a try for dinner. It’s next door to it’s sister restaurant, Malaysia Street. 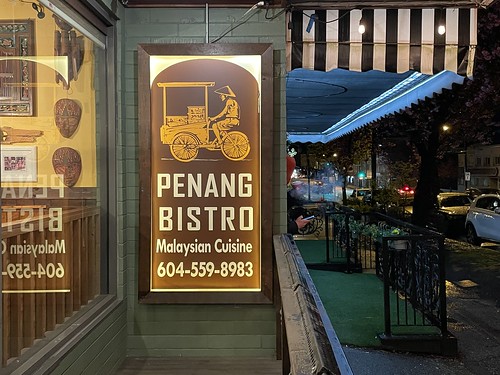 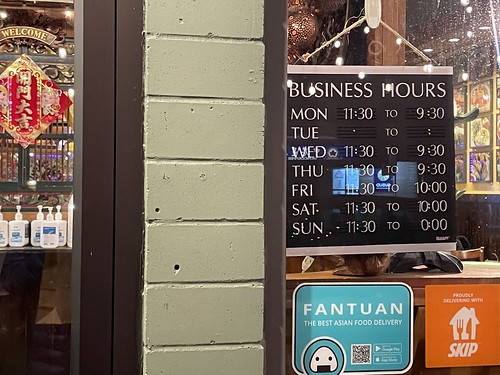 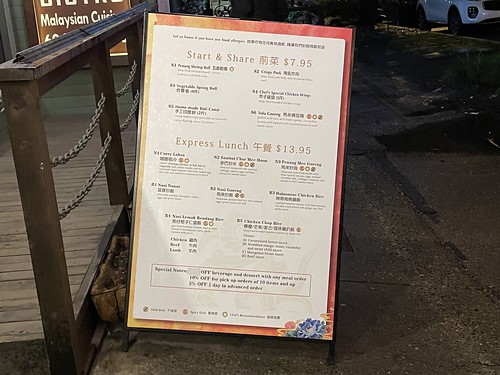 We dropped in on a Monday (around 6:45pm) and were seated at one of their booths, which is extremely cramped in leg room. Service is very spotty and it appeared that there’s only one waitress that’s allowed to take your order.

The regular menu is massive but there’s a separate dessert menu for Malaysia Street. There’s also a few express lunch options for $13.95. 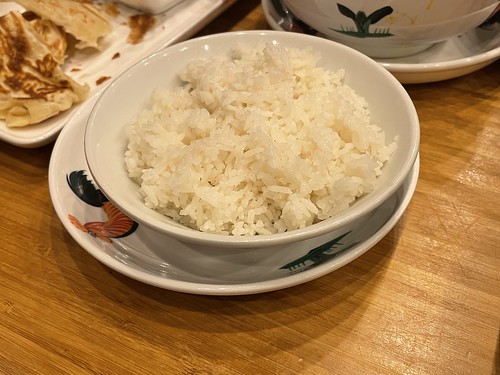 A small bowl, which seemed to be the running theme of the evening. 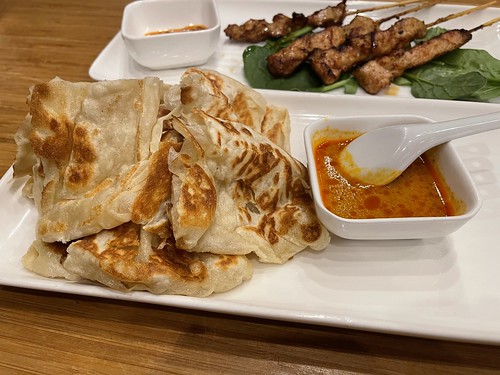 Two pieces with a curry dipping sauce. This was a better portion size but unfortunately, the roti canai wasn’t flaky or fresh. 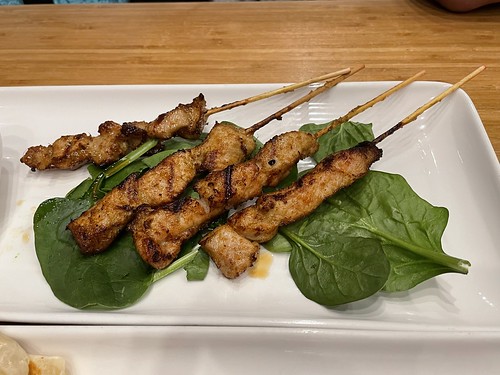 We opted for the pork skewers, which came with a peanut dipping sauce. Nothing memorable about them. 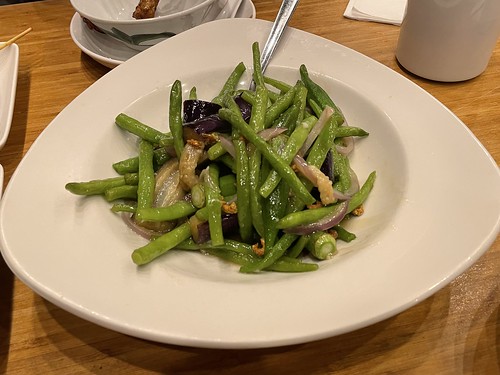 Okra, eggplant and green beans with dried shrimp and chili. This is shockingly a chef’s recommended dish on the menu. No flavour whatsoever on any of the stir fried vegetables. Spotted one or two tiny pieces of chili. Portion was incredibly small. Don’t order unless you like being disappointed. 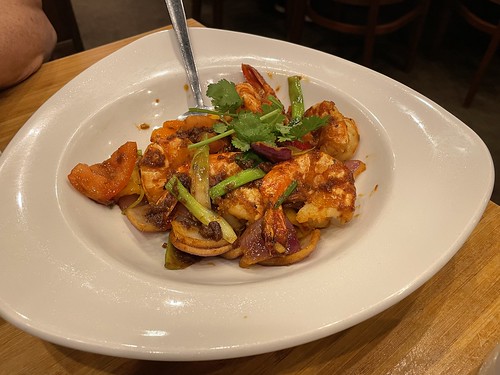 Wok fried prawns with sambal sauce, bell peppers, onion and tomatoes. You get a total of FIVE prawns. At least the sambal sauce added some flavour to the vegetables. That being said, this dish was a complete rip off. 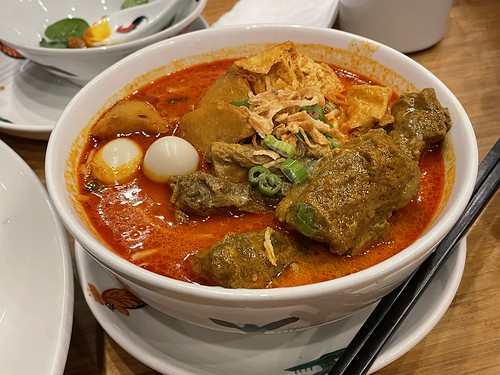 Yellow noodles, rice vermicelli, bean sprouts, fried tofu, quail egg and potatoes in a coconut curry broth. The laksa was the best dish of the night. Broth was surprisingly better than expected. Good portion of noodles; they give you a mixture unless you specify. 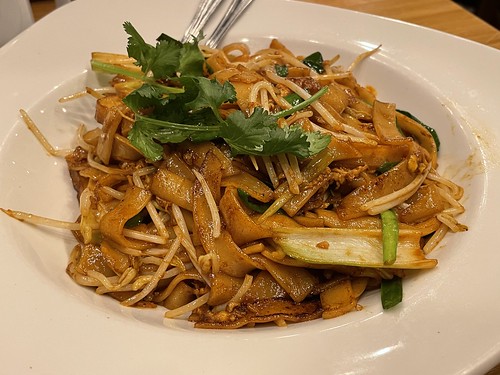