Never heard of Alumni Sandwich & Liquor Bar before but we decided to give them a try for lunch. It’s next door to Blanco Cantina. 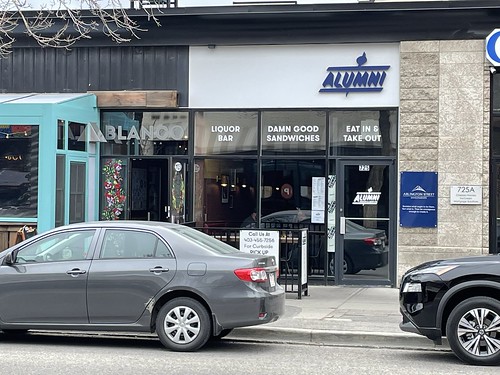 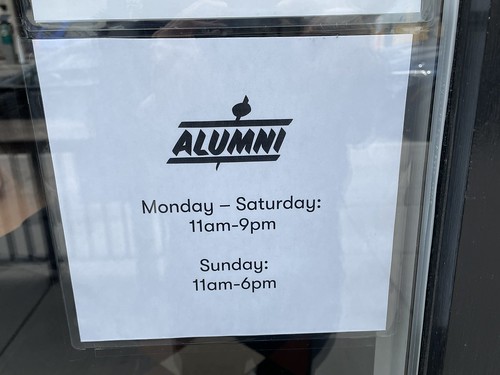 We dropped in on a Tuesday (around 1:00pm) and it was busier than we expected. Our waitress was friendly and came by multiple times to refill our waters. Nice touch that the kitchen split our sandwiches when we told them that two of us were sharing. 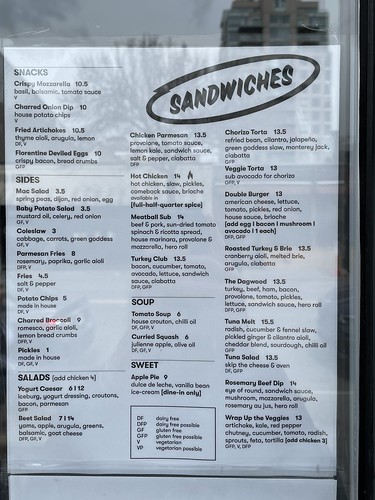 The menu is small with a dozen sandwiches along with a few snacks, salads, soups and one dessert (apple pie). Seems like the hot chicken is their most popular, with three options to choose how hot you want it (quarter (a drizzle), half or full). 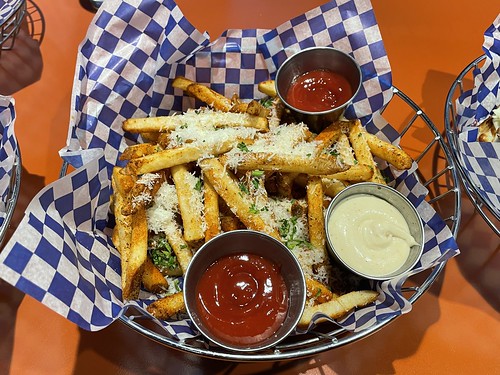 Rosemary, paprika and garlic aioli. The parmesan sprinkled on top oddly clumps together and doesn’t stick to any fries. Decent but standard fare. 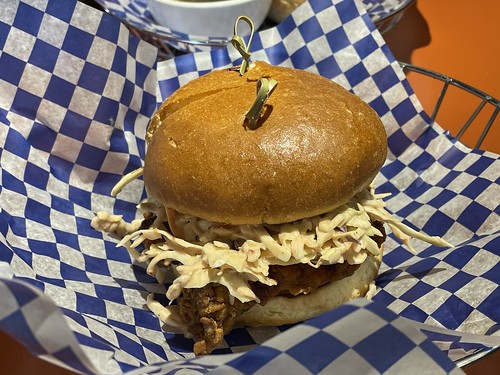 Came with slaw, pickles and comeback sauce on a brioche bun. We opted for the quarter as O can’t handle too much heat. For me, it was very mild. Chicken was moist and had a good crispy bite. Slaw was solid and the pickles added an additional crunch. One thing that could be better was the brioche bun. 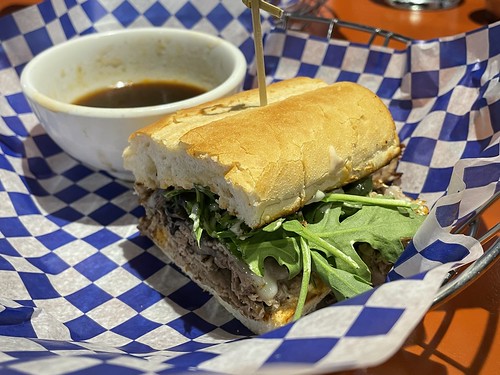 Eye of round, sandwich sauce, mushroom, mozzarella, arugula and rosemary au jus on a hero roll. The beef on its own was a touch dry but when you dipped it in the jus, you couldn’t tell. I didn’t detect any mozzarella in our sandwich. The mushrooms also didn’t add much flavour. The description was much more enticing than the actual sandwich. 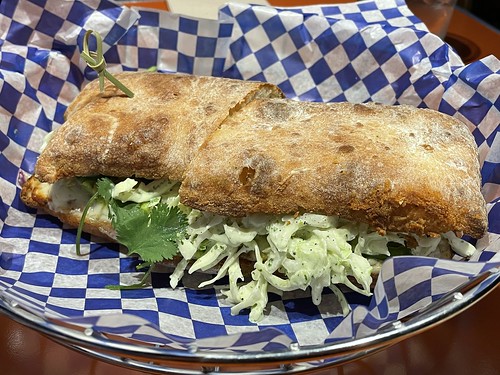 Decent fare at AS&LB. Would try the full hot chicken version if I were to come back.