For our last meal of the trip, we stopped in Marysville for some Salvadorean food at Pupuseria y Tienda Latina. They’re a restaurant/grocery store located across the street from Jimmy John’s. 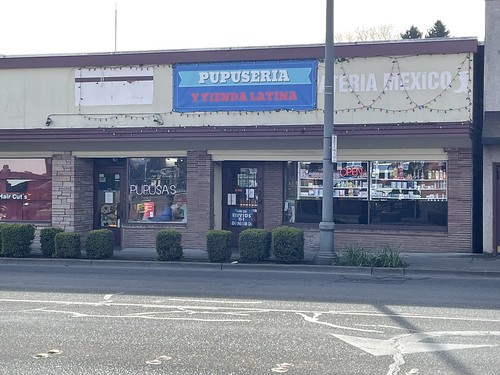 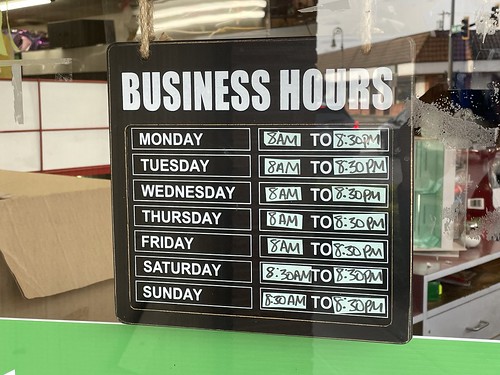 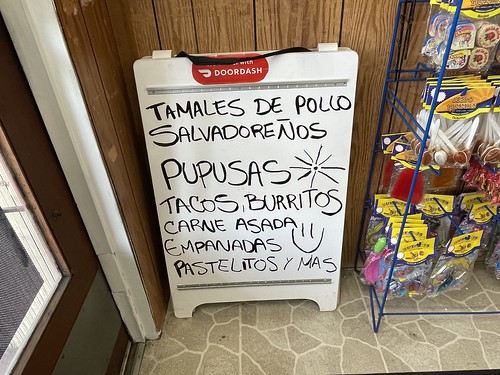 We dropped in on a Sunday (around 5:00pm) and it was fairly busy. The ordering counter is located in the back of the grocery store area. 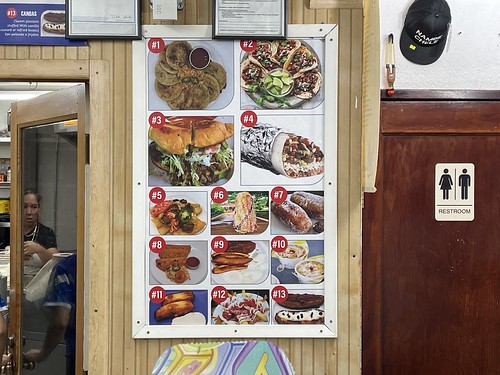 We ordered first and then grabbed seats at an open table. There’s a TV in the back that was playing soccer. 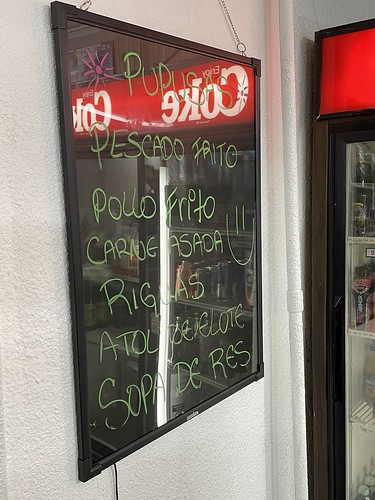 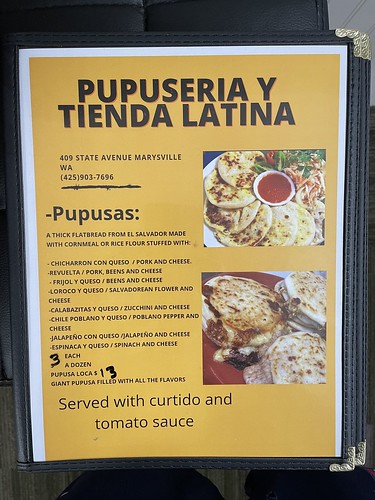 Every table had several orders of pupusas. 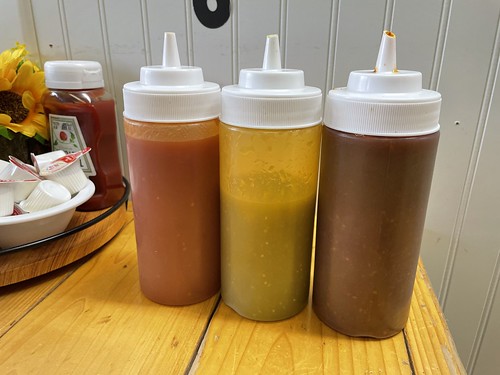 They bring out a couple of bottled sauces (tomato, salsa verde and salsa roja) to the table. Our favourite was easily the salsa verde. 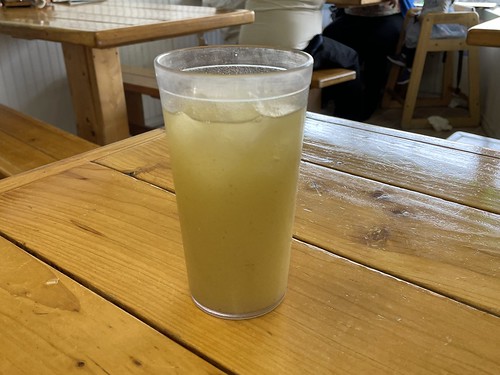 No price on the menu but based on our bill, it was roughly $3.50. That or they charged us for two drinks. We were told arrayan is similar to guava. Hard to describe but it’s slightly sweet and refreshing. Worth a try it if you’ve never had it before. 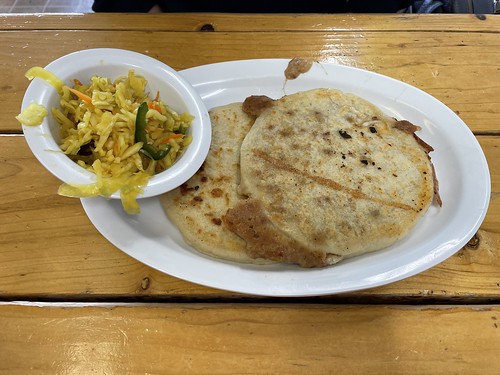 We opted for a loroco y queso (Salvadorean flower and cheese) and revuelta (pork, beans and cheese). The pupusas come with a side of curtido (although all the other tables were given a full box!). The loroco is an interesting flavour; kind of earthy with a toothsome bite. It came with a generous portion of cheese. The revuelta was okay but heavy. I’d try the chicharron con queso instead. 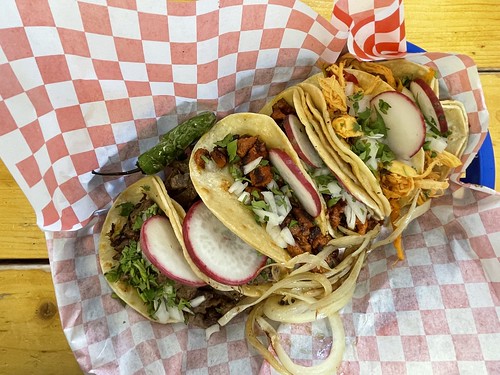 We ordered two each of asada, adobada and pollo. The tacos come with radish (a massive slice), onion and cilantro. 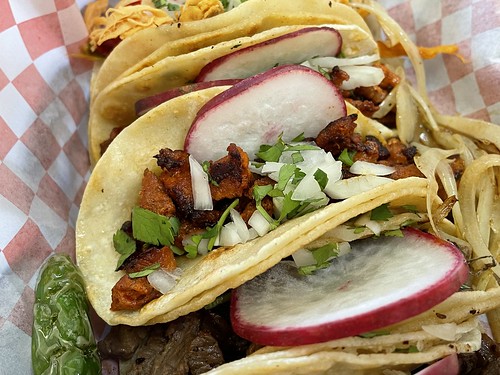 The best of the meats was the adobada. 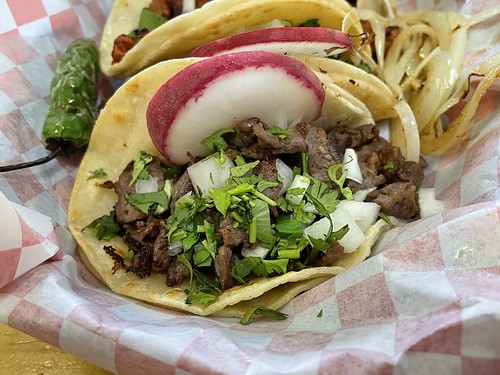 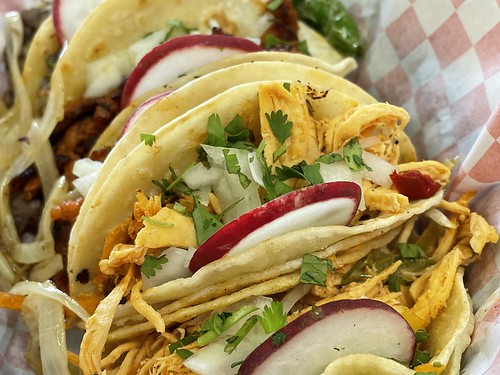 Unfortunately, the asada was too salty and the pollo was dry. The salsa helped somewhat with the dryness but can’t recommend the pollo tacos. 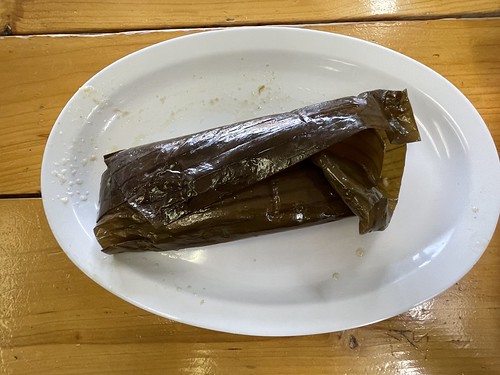 Filled with chicken and cubed potatoes. Tamale was decent but again, the chicken was dry and the flavours subdued. 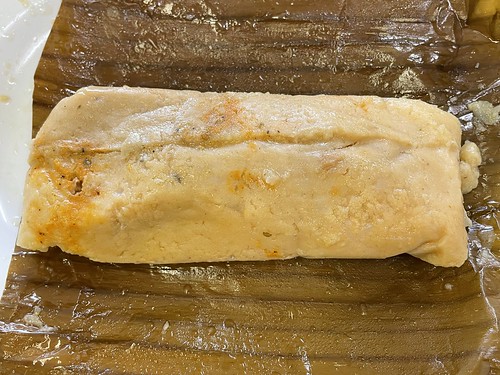