We were looking for a place to get some BBQ while we were in town and settled on Fat Pig BBQ. It’s located next door to a convenient store, Star Mini Mart & Deli. 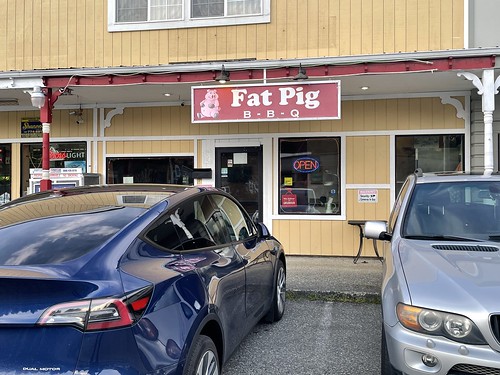 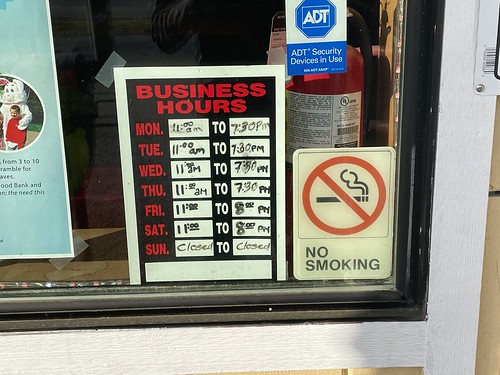 We dropped in on a Thursday (around 6:15pm) for an early dinner. You order and pay first at the counter. Nice touch that they offer to bring your order out to your vehicle if you get takeout. The owner was friendly and came over to chat with us when there was a break in customers. 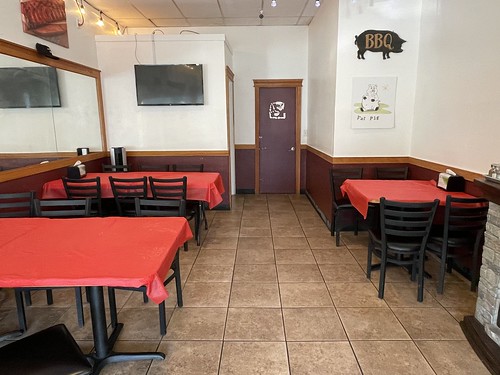 The menu is small with 20 items (meals and sides). Meat options consist of ribs, chicken and pulled pork. The ribs seem to be the most popular. 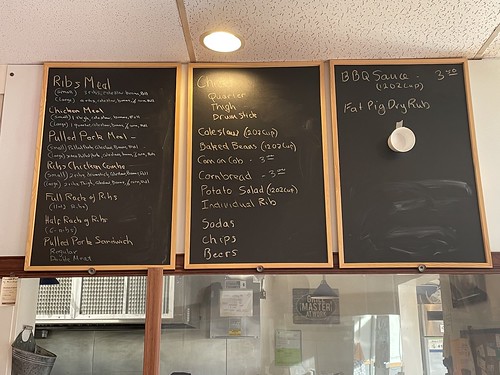 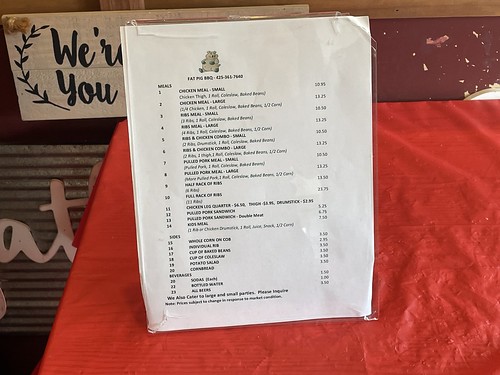 There’s two bottles of sauce (spicy and mild) by the utensils. 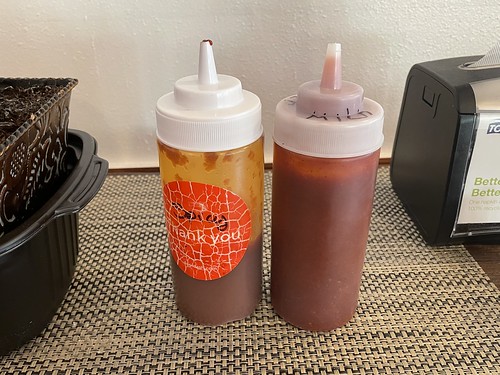 Spicy one was solid. 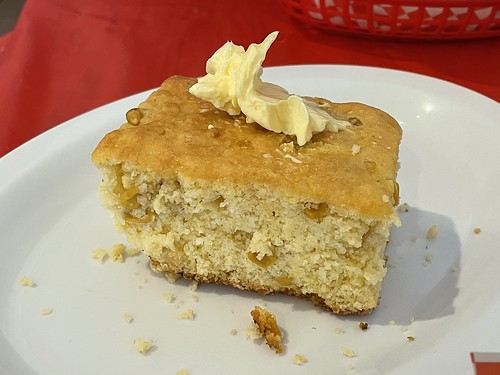 This was a massive portion of cornbread with a slab of butter dolloped on top. Really liked how there was bits of corn mixed in, which added a pleasant texture. 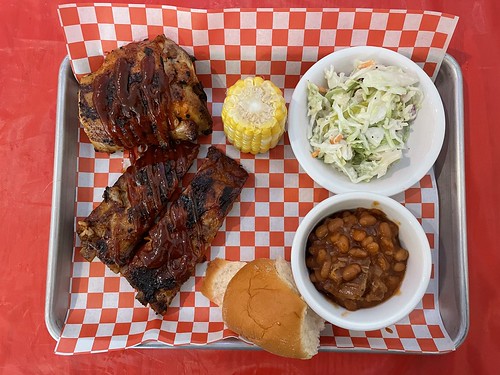 Two ribs, one thigh, roll, coleslaw, baked beans and half a corn on the cob. 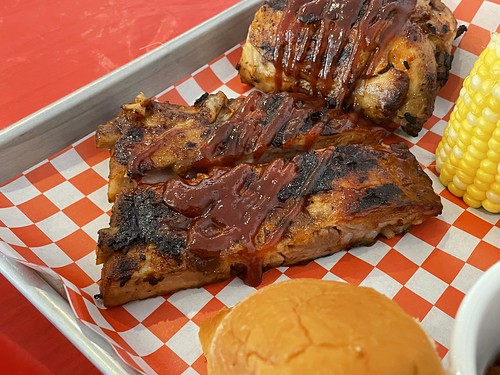 The ribs were tender and flavourful; my favourite out of everything we tried. The chicken thigh won’t blow you away but it was good enough. The coleslaw was standard but the baked beans were done well and the corn was fresh. Would have liked a full corn but c’est la vie. 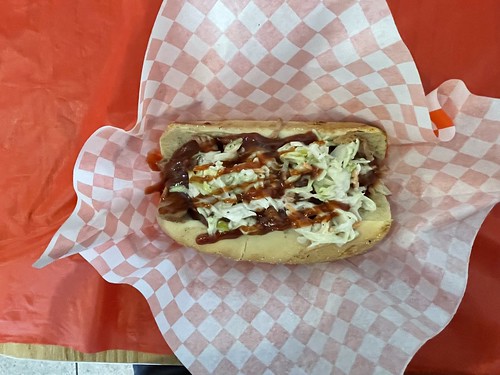 Went with the double meat option as it’s only $1.50 USD extra. The pulled pork was decent but a touch on the dry side. They also really slather on the sauce; a little too much in my opinion. However, the bun was nicely grilled. 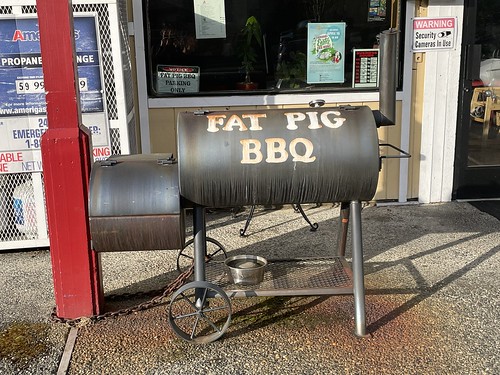 Fat Pig BBQ was a nice find. A no frills, slightly hole in the wall type of vibe. I’d get more ribs next time.