We haven’t been to Kim Phung Vietnamese Restaurant before so decided to give them a try. They’re across the street from Shun Fa Noodle House and RGK BBQ. 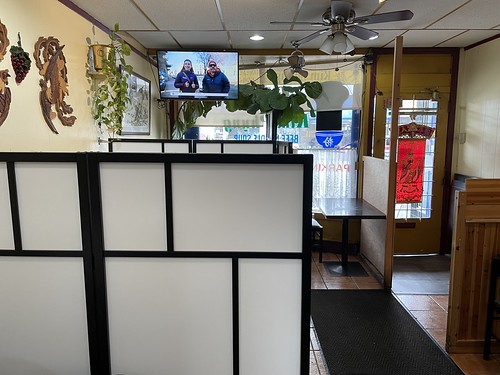 We dropped in on a late Saturday afternoon (around 4:00pm). They interestingly had Vietnamese electronic music up on the TV. Our waitress brought out cups of hot tea. 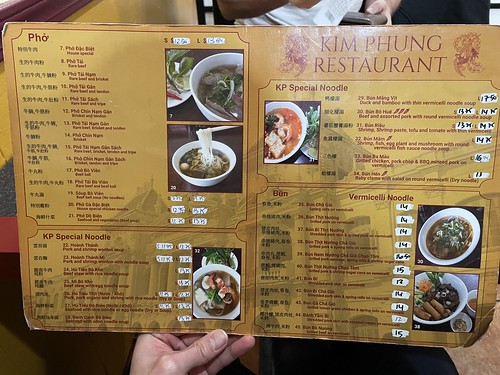 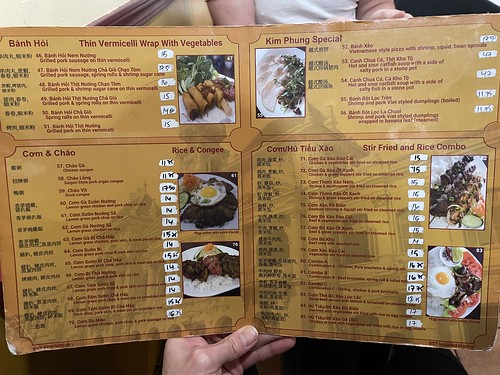 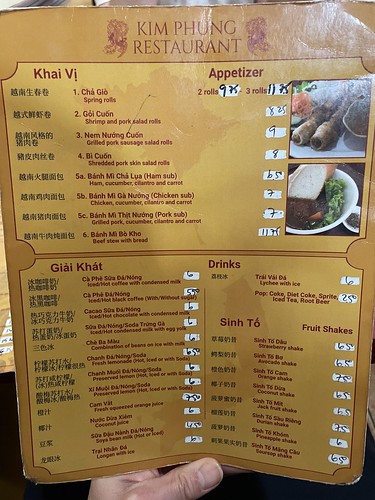 They did have a few specials (banh xeo, canh chua and banh bot loc) that are harder to find in town. 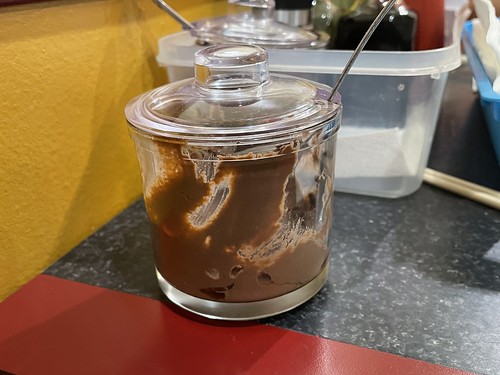 They brought out a fermented shrimp paste on the side, which was optional to add to the bun rieu. Very pungent but adds an interesting element. 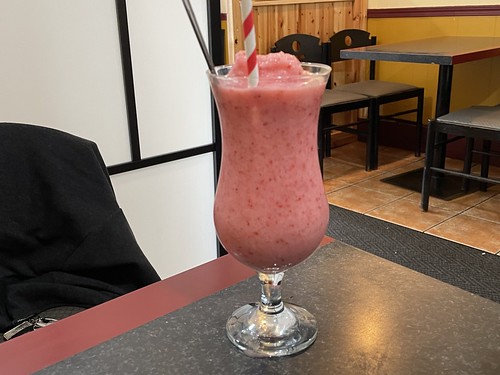 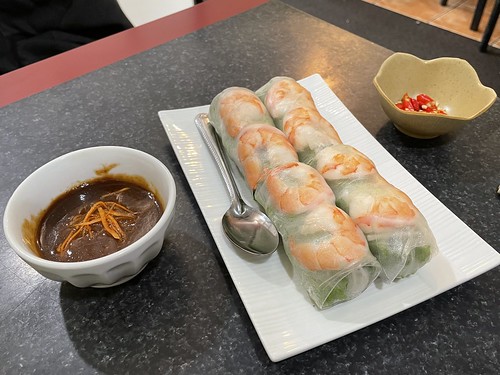 We asked for the salad rolls to be made with just shrimp inside. Came with a side of peanut sauce and chopped chili peppers. Decent. 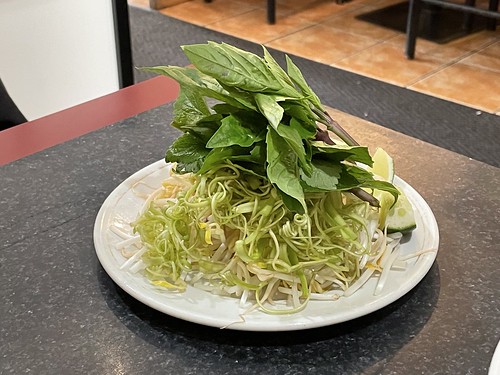 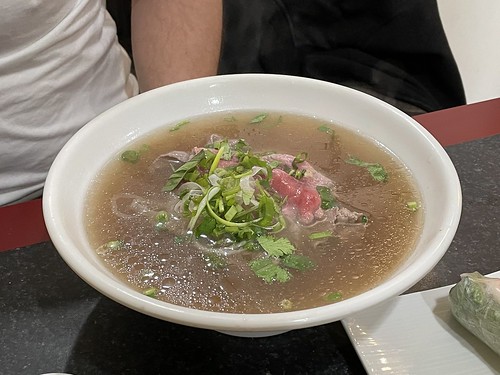 Rare beef. O wasn’t impressed with how little noodles they gave and had to use some of their condiments to brighten up his broth’s flavour. 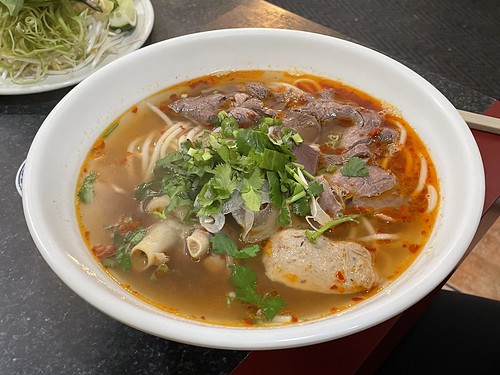 Beef, pork blood, Vietnamese ham, pork hock and beef balls. The broth was pure disappointment. No complexity to it. Shocking that they have this labelled as one of their special noodles on the menu. No issues with the meat. But for a large, the noodle portion they gave was small and meagre. 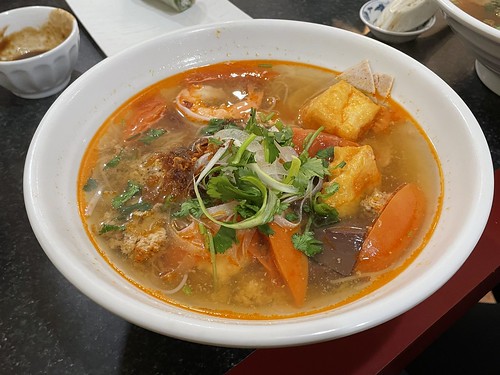 Crab, shrimp, pork blood, Vietnamese ham, tofu puffs and tomato with thin vermicelli. The vermicelli was very thin, with little substance to it. Broth was better than the BBH but still found it weak and lacking in depth.

Didn’t find anything special or satisfying at KP. The large bowls didn’t fill us up. Won’t be coming back.