We’ve walked by YunShang Rice Noodle several times when it was known as Yang’s Braised Chicken Rice. They have two other locations (Richmond and UBC). This one is located next door to a YiFang Taiwan Fruit Tea branch. 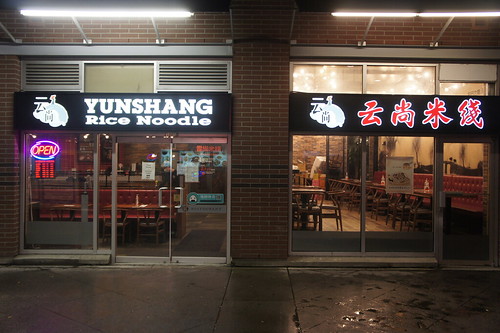 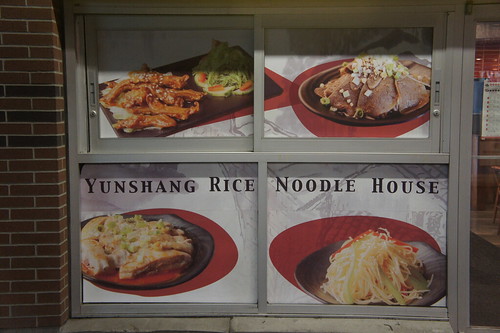 Hours are impressived. Open till midnight every single day. 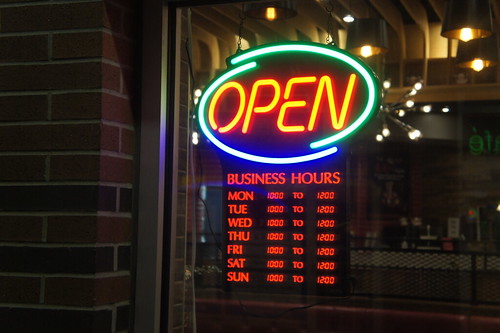 Both times we’ve dropped in on Sunday evenings and there’s never been a wait. 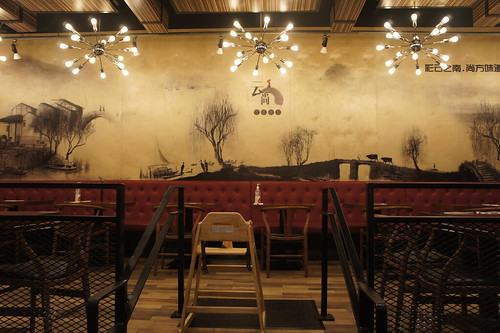 The service is no frills (you order from your phone and go up to pay when you’re done) but they come by to refill teas. 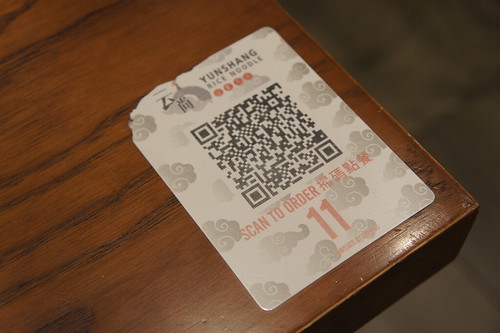 If you want a noodle refill (which is unlimited), best is to ask. 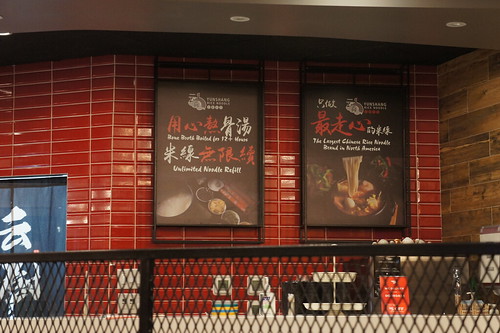 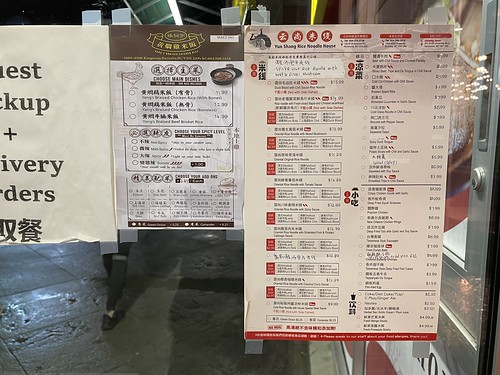 No MSG used in their broth. 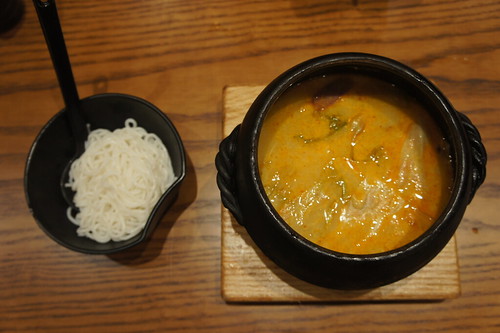 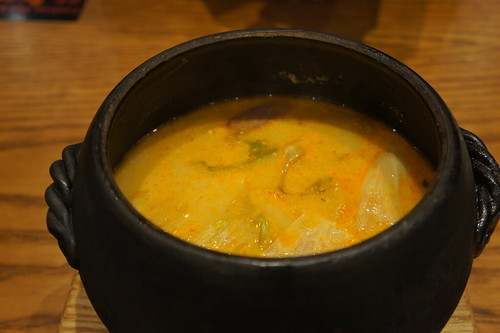 Broth was mild and subtle in flavour. 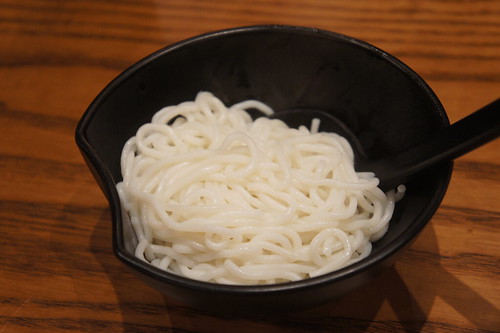 First time seeing lap cheong in a soup. Liked the bean curd and black fungus the most. 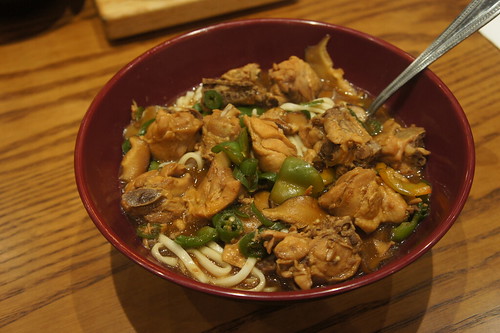 Opted for the spicy and the bowl came with bell peppers, shiitake mushroom, chicken and a small pile of chili peppers. Chicken was excellently done; tender and flavourful, yet still retained a bite. Generous portion of noodles but they could have been more elastic. Mushrooms had a great texture and slight funk to it (that only dried Chinese mushrooms have). 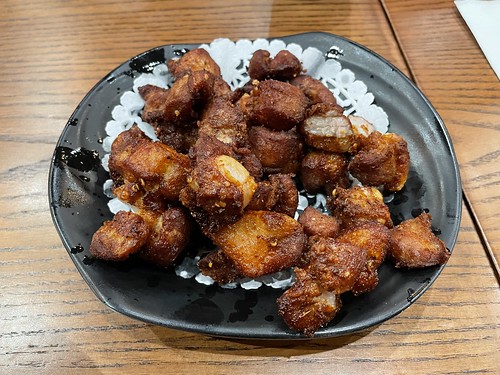 A small appetizer of fried pork. Not greasy but found the meat a touch salty. 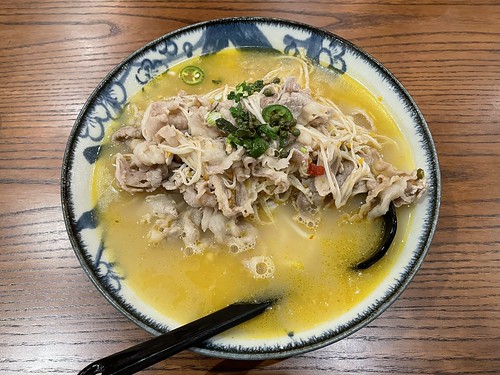 Broth was excellent. You get the sour and tang followed by a sneaky heat element that slowly creeps up on you. The broth soaked the beef slices up perfectly while the enoki added a satisfying crunchy texture. 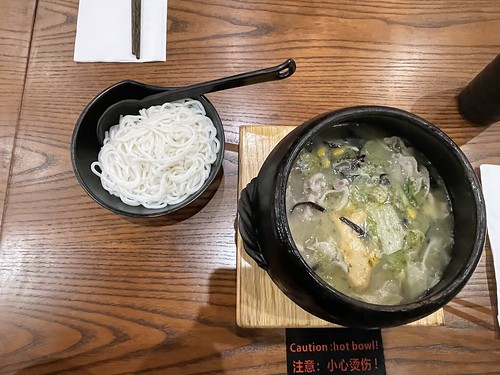 They give a generous portion of pork. The broth was homey and well balanced. Lots of different things are in this including lettuce, fish tofu, quail egg, ham, bean curd, lap cheung, black fungus and shrimp. 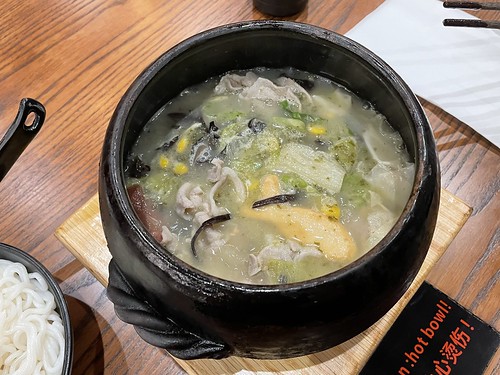 The thin style bean curd sheets was my favourite. 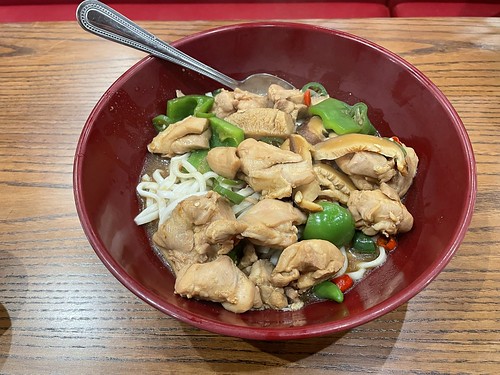 It’s $1.00 extra to get boneless chicken. J’s order which he enjoyed. 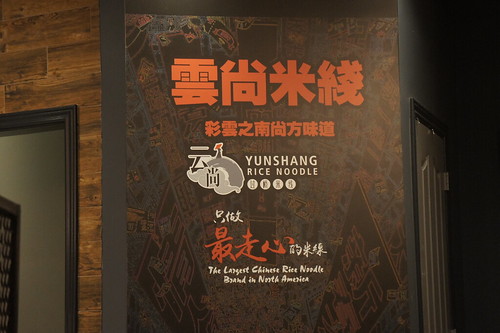 Debit or cash only. Decent eats at YSRH.