We decided to try Pho Hue as it’s one of the few Vietnamese spots on Victoria Drive that we hadn’t tried yet. It’s a few doors down from Banh Mi Saigon. 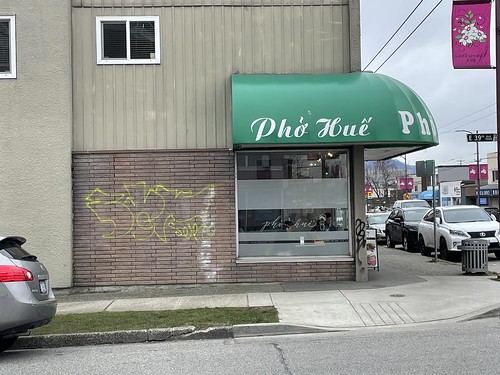 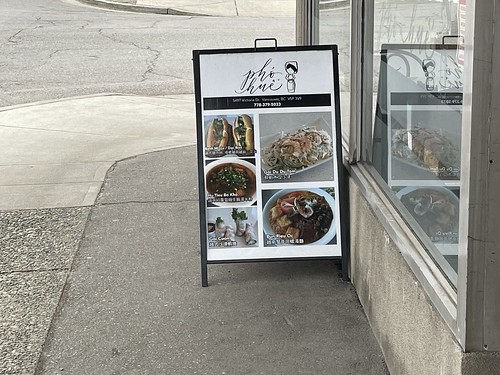 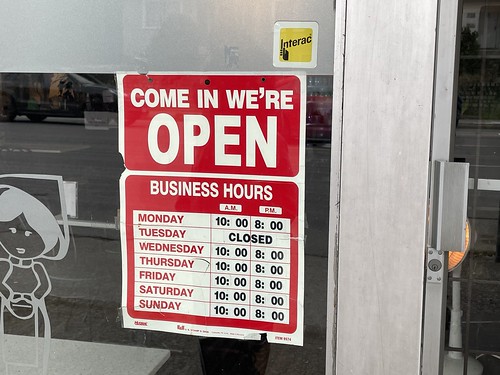 We dropped in on a Saturday (around 11:15am) and it was busier than expected. There’s 10 tables inside (30 seats total) but only one waiter manning the front. They bring you out tea but the tea oddly gets cold really quickly. 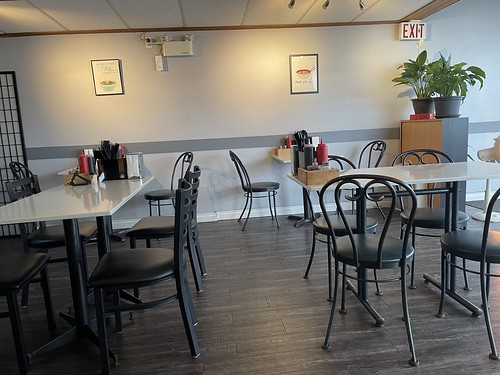 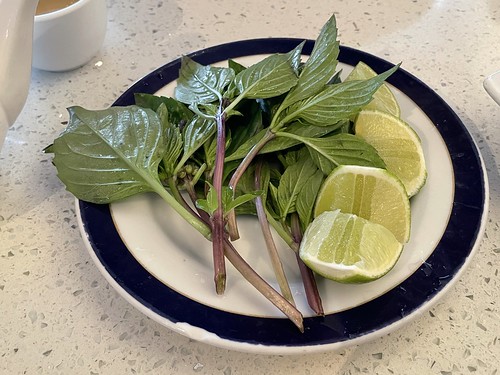 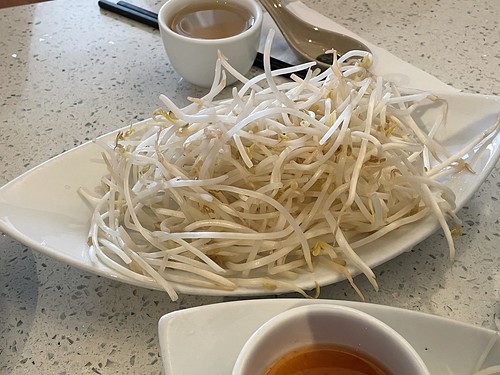 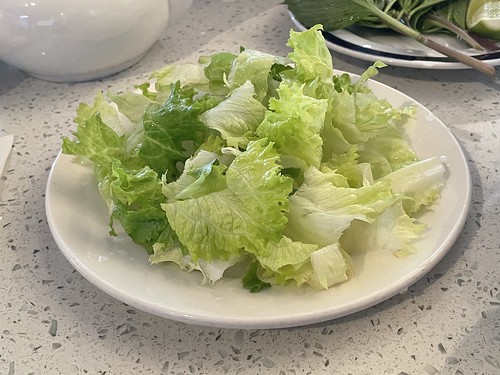 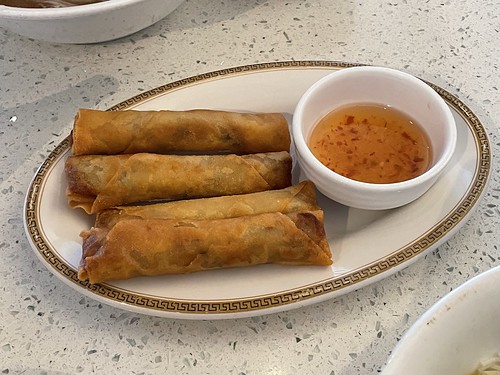 The fried spring rolls were okay. Nicely fried (not greasy) but unfortunately they don’t use rice paper wrappers. Would skip. 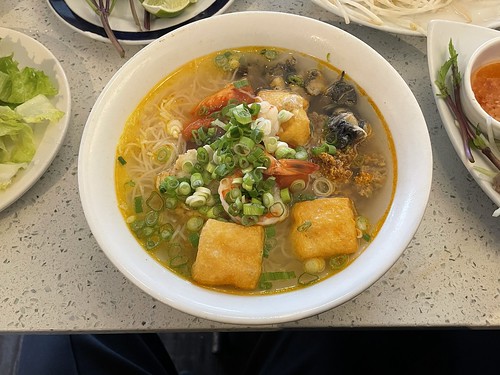 Shrimp, crab meat, escargot, tofu puffs, tomato and pork blood. Broth is clean but simple. A good variety of toppings (the crab meat was the tastiest) but a touch meagre on the portion. Can’t say it’s my favourite bun rieu in town but it was satisfactory. 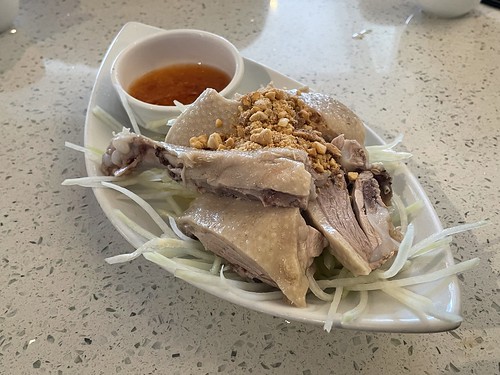 Duck on a bed of Vietnamese salad with a ginger fish sauce. The bowl came with vermicelli noodles and bamboo shoots. 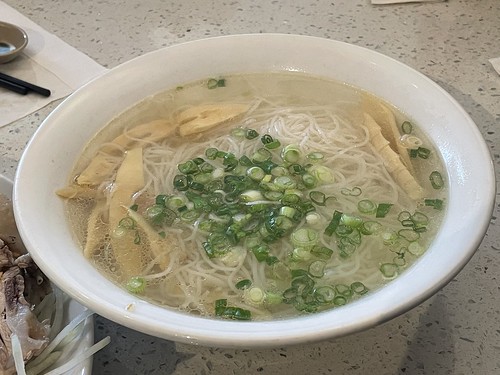 Broth is very light and subtle. I’ve had bun mang vit before and this tasted very similar to the others. Will say they did give a decent portion of duck (5 pieces) and the ginger fish sauce was well balanced. 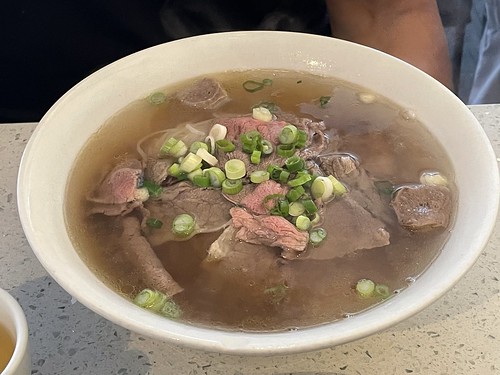 Rare sliced beef, sliced beef brisket, beef balls and tripe. B’s dad asked for the tripe to be replaced with something else but don’t think that happened. 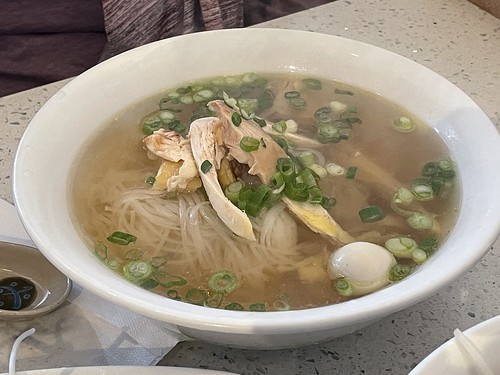 Cash or debit only. Pho Hue was decent but the competition is fierce with so many other Vietnamese options in the area.