Our first road trip down to States in over a year so we had to go somewhere to get our Mexican fix. We decided to try out La Terraza Mexican Food & Taqueria. It’s in a plaza that also houses Mai’s Restaurant Thai Cuisine and Marysville Osaka Sushi & Teriyaki. 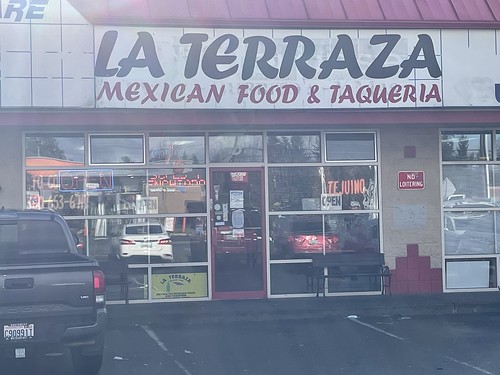 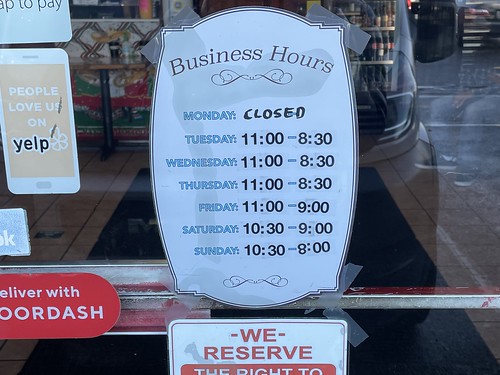 We dropped in on a Saturday (around 12:15pm) and snagged a table booth. Service was friendly but our main complaint was that they didn’t inform us of all the extra charges. 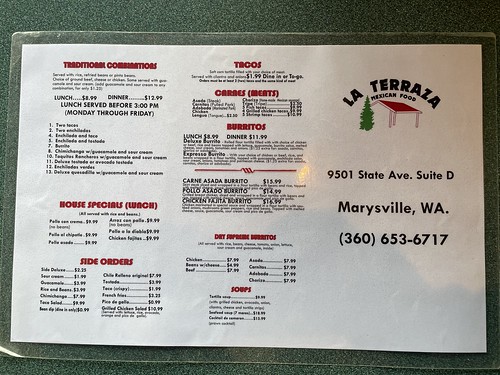 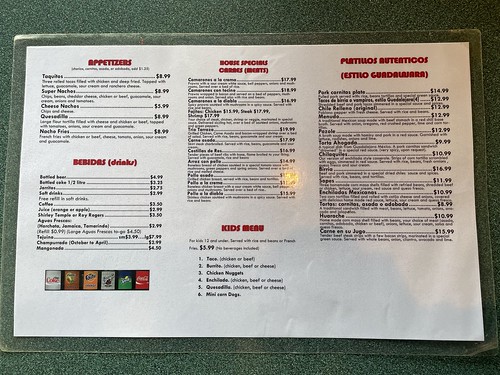 The menu consists of two pages; appetizers, house special (meats), authentic plates, traditional combinations, tacos and burritos. We were told that they don’t offer lengua anymore. The lunch specials ($8.99 US) seem to be the best deal (only available Monday to Friday, before 3:00pm). 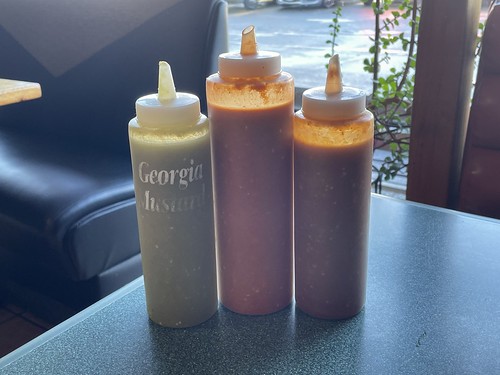 They brought out three bottles (salsa verde, smoky salsa roja and a hot salsa). All were tasty. 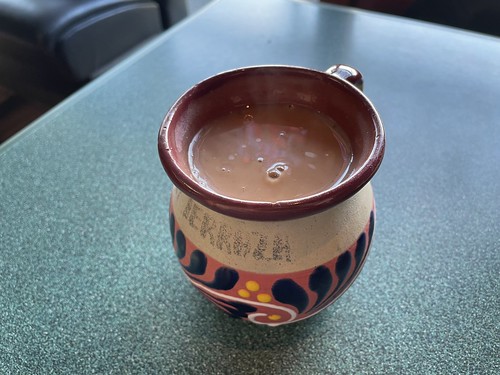 This drink is seasonal (only offered from October to April). We’ve never had it before. Slightly thicker mouth feel with notes of cinnamon and anise. It’s a warm, comforting chocolate drink. 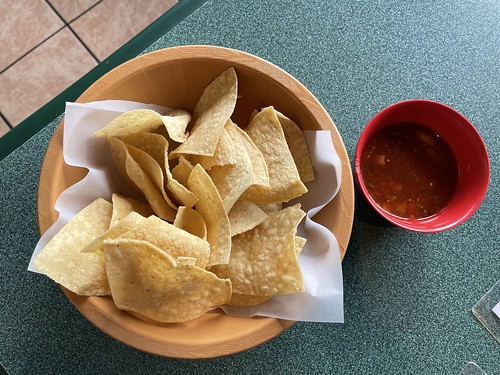 Chips were light but the salsa was very minimal and lacked substance. 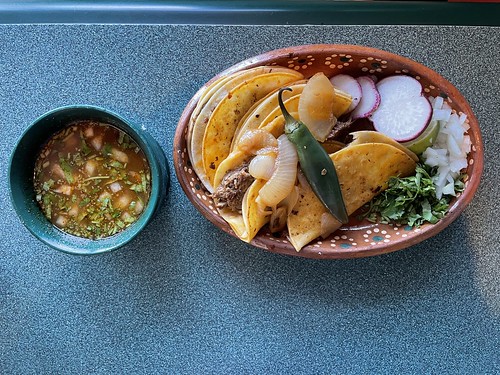 Shredded beef and pork tacos simmered in a special sauce and spices. 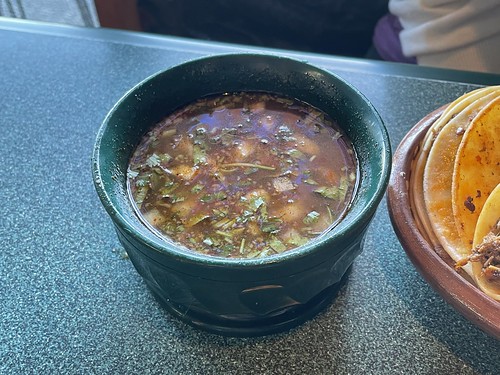 They charged for the consomé ($1.99 US extra) which doesn’t make any sense. The whole point of getting this style of tacos is to dip them in the consomé. Not impressed! 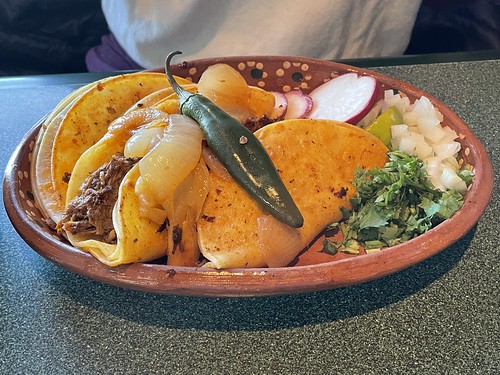 Our first time trying this; meat had good flavour and you could add radish, onion and cilantro as you pleased. Radishes were oddly thick and chunky. Worth a try but I’d stick with their tacos ($1.99 US each) instead. 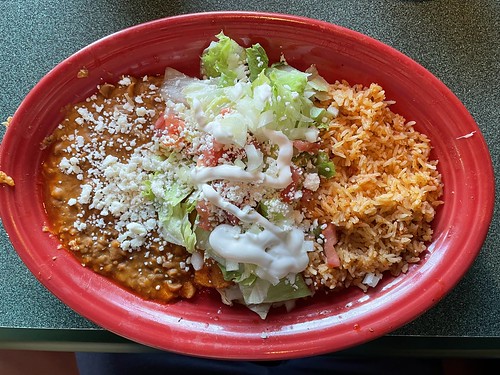 Two corn tortillas with red sauce, cotija cheese, onion, lettuce, sour cream and quesa fresco. Beans and rice were standard fare but the quesa fresco sprinkled on the beans was a nice touch. We were told we could pick a meat so we opted for the chorizo. Unfortunately, we were not informed that it was $2.00 US extra. At least the chorizo was done well. Enchilada was solid but there wasn’t much of the homemade red sauce.

Food was decent but beware of the additional charges.

Always down to try a new(ish) Persian spot. Tried out Sadra Restaurant and shared their platter for 4 ($87.99); 3 koobieh, 1 barg, 2 chicken skewers, 4 lamb chops and 4 servings of rice. Platter also came with charred tomatoes and a small side of onion parsley.
Follow CHERRY BOB-OMBS on WordPress.com
%d bloggers like this: