We were looking for a new place to try and settled on Pho Nhuan. Never noticed this place before but drive by it often. It’s next door to Wendy’s Hair Salon. 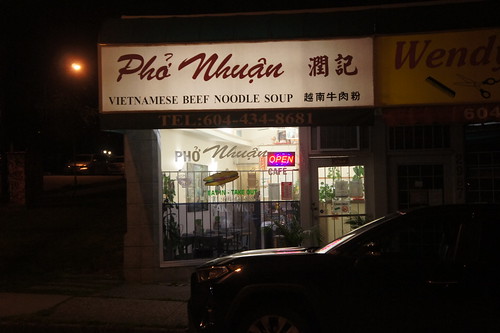 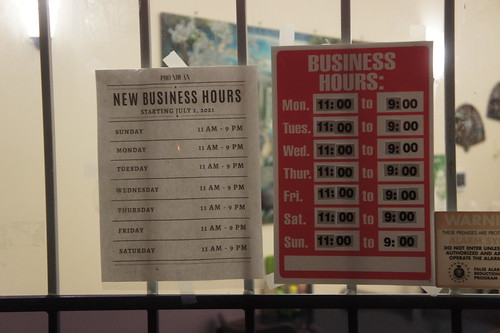 Cash only but you already knew that. 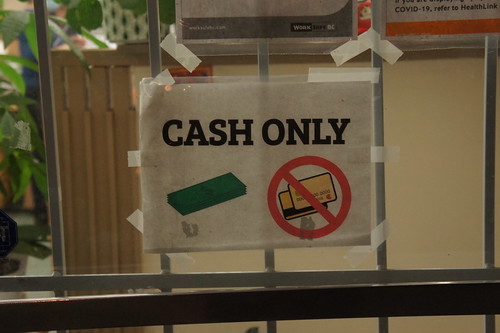 We dropped in on a Sunday evening (around 7:30pm) and it wasn’t busy. The inside is small with only five tables. 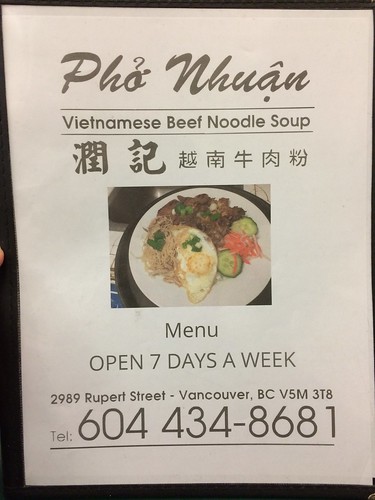 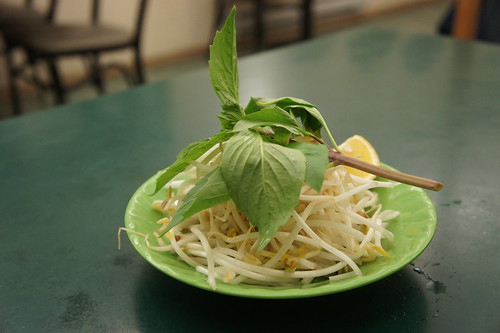 Basil, bean sprouts and lemon wedges. Standard although on the smaller side. 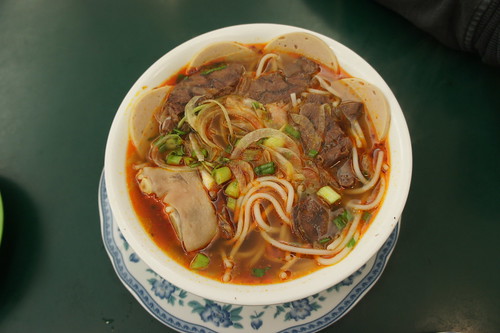 Always try the BBH if it’s on the menu and this one was below average. Broth lacked flavour and depth; tasted very weak, watered down to me. Didn’t detect any lemongrass flavour. The beef shank pieces were good and it also came with Vietnamese ham and a pork hock. No pork blood. 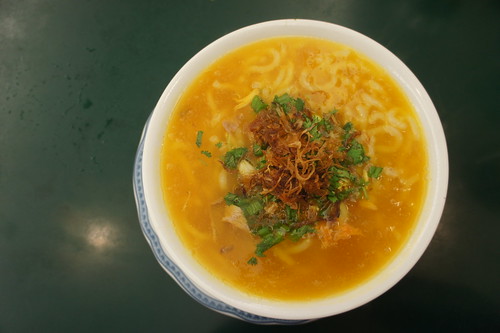 Crab with crystal noodles in soup. Not much of a description but believe these were tapioca noodles. Noodles had a soft, squishy texture but there was no chew or bite to them. Broth is slightly thick and flavour was decent. Problem is you don’t get much in this bowl; some bits of crab, a couple of thinly sliced pork, fried onions, green onions and cilantro. Overall, the bowl didn’t fill me up and left me unsatiated.