We wanted to check out Calgary’s two cideries while we were in town. First up was SunnyCider. It’s in the same area that houses Heathen’s Brewing and Broken Spirits Distillery. They also have a sister company called Bramble Cider. 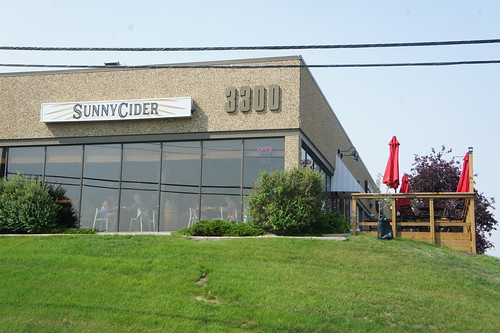 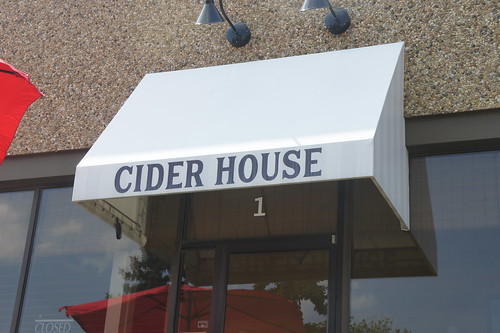 We dropped in on a Thursday afternoon (around 3:00pm). The inside is warm and inviting. Service was friendly and we were checked on several times. 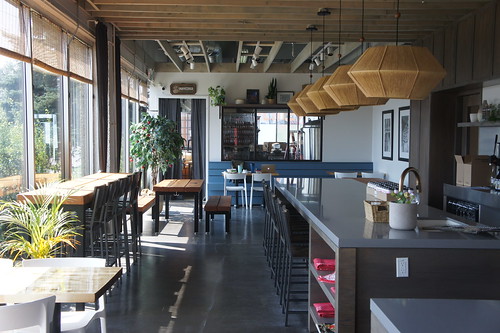 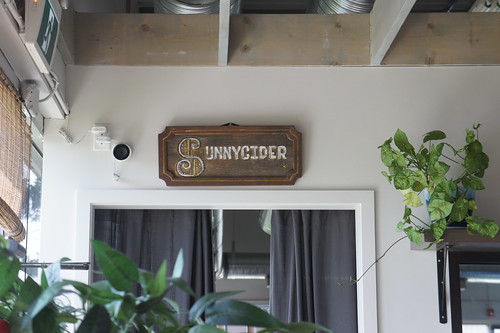 There was 10 cider flavours on tap. Sadly they were out of their plum. 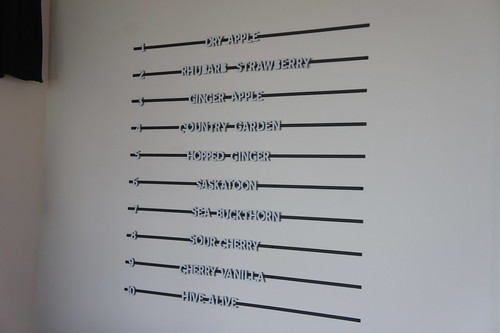 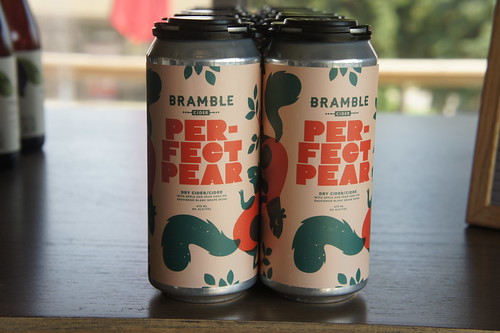 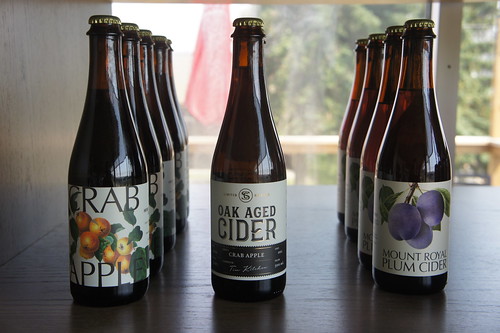 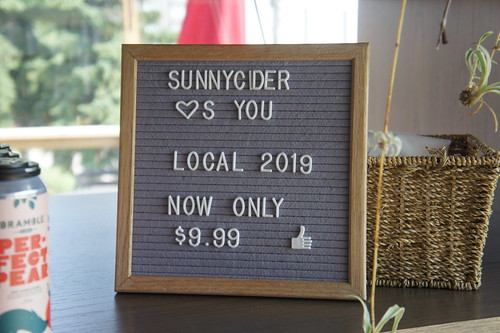 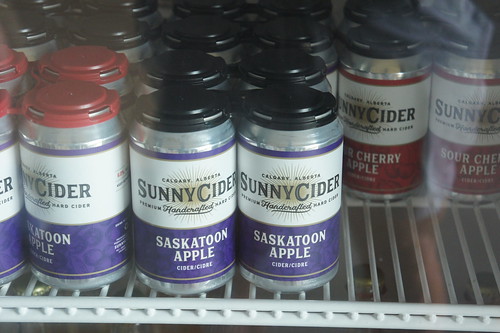 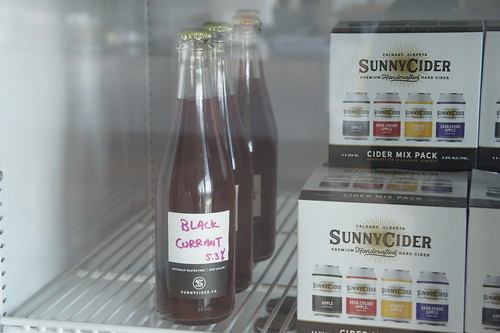 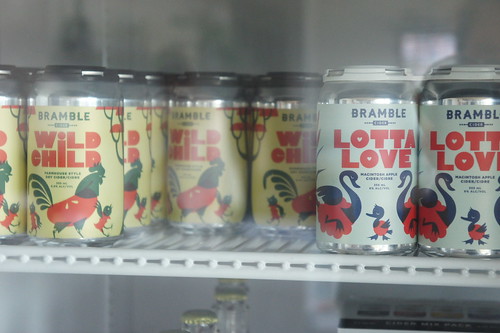 They also had a few mead, kombucha and liqueur options. 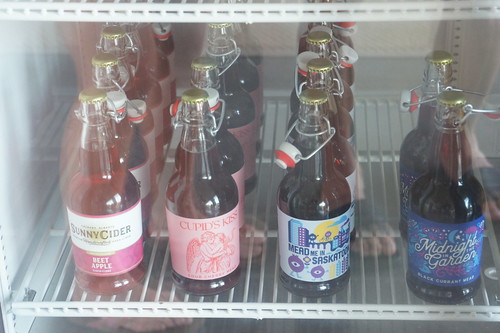 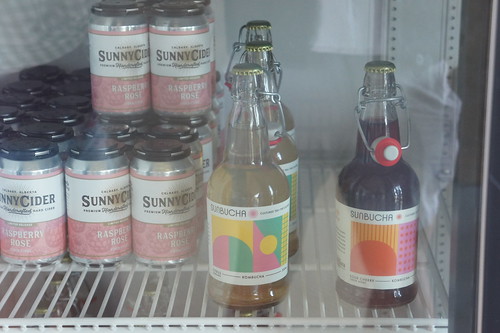 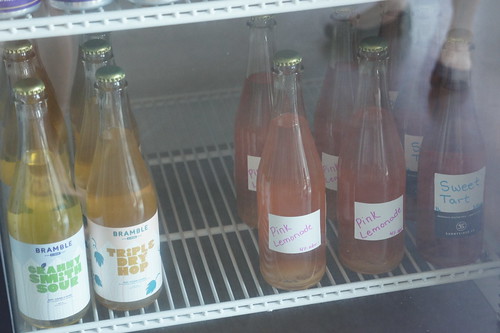 If you’re hungry, small snacks are offered out of their kitchen (Spoon Fed Snacks). Pours were roughly $2.50 each. 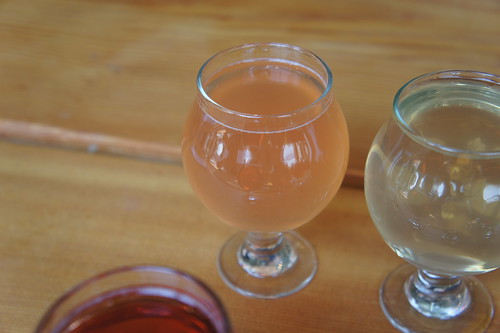 Light and summery. Rhubarb came through a touch more. 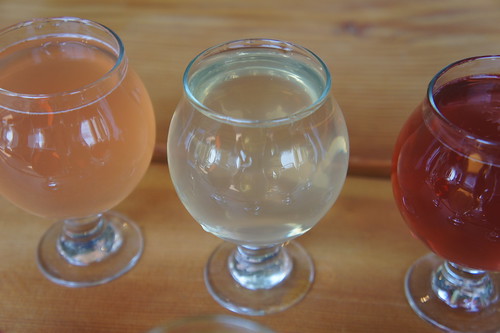 One of their staples. Lightly gingered. 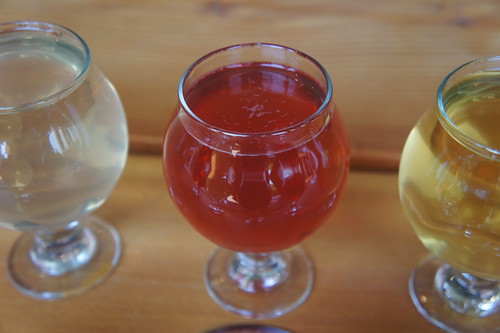 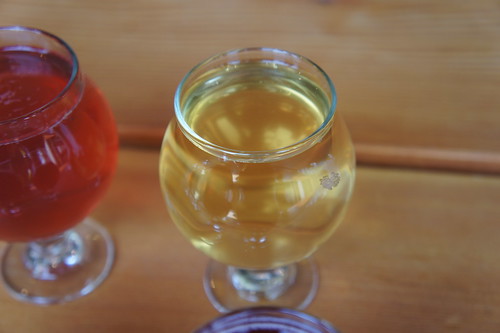 The hops used (simcoe) were very strong, beer-like. Too overpowering. 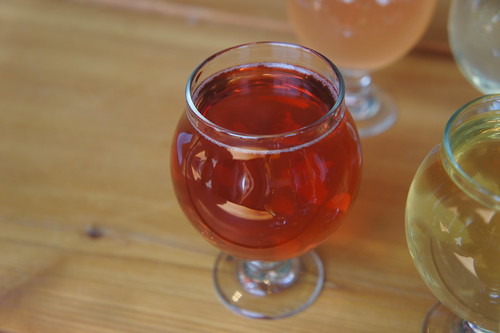 Haven’t found a haskap cider that we’ve liked and the trend continues. Unbalanced. 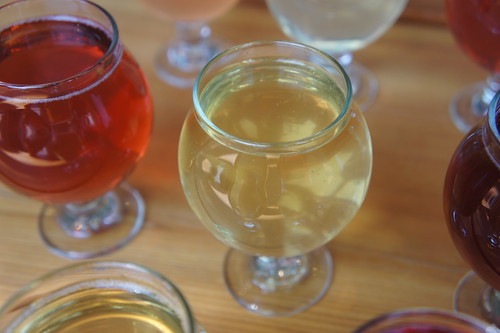 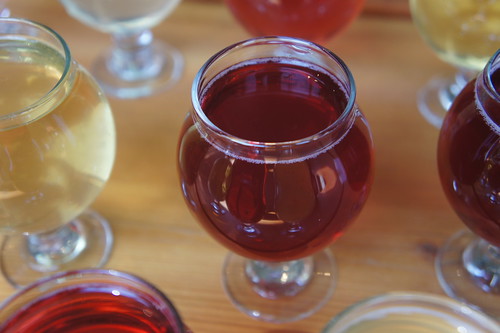 Another one of their staples. 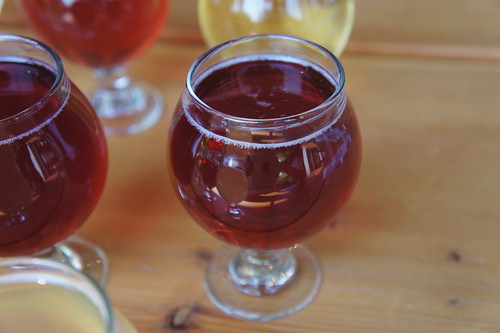 This was E and J’s favourite. A touch of vanilla comes through to balance out the cherry. 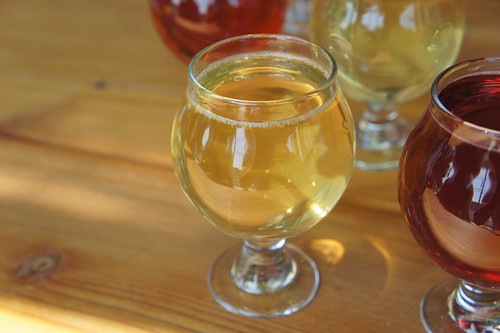 They added honey into this cider but we couldn’t tell. Tasted very generic. 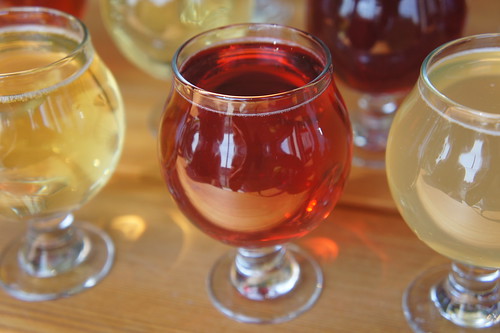 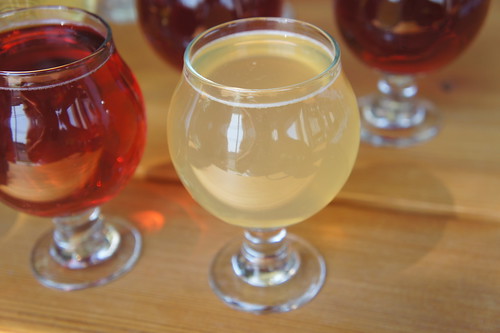 Kombucha flavour was light and could have used more carbonation. 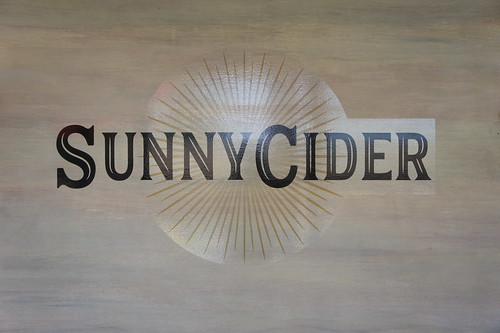 All the flavours at SunnyCider sounded great on paper but were too similar for our taste buds.