I’ve had Geo Cider bookmarked for ages since we first tried discovered them at Cider Festival a few years ago. They’re located in the same industrial area that houses Backcountry Brewery and Tall Tree Brewery. 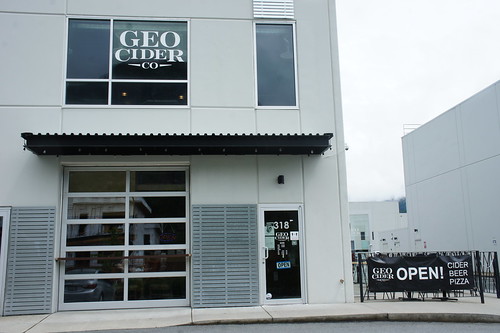 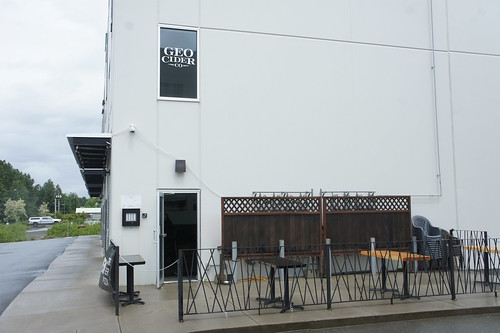 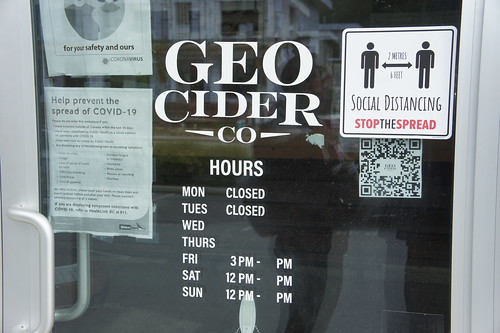 We dropped in on a Sunday afternoon (around 1:00pm). They have several tables inside (an unexpected upstairs that you don’t notice immediately) along with a small outdoor patio area. 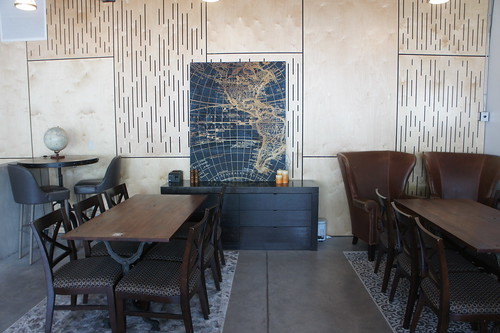 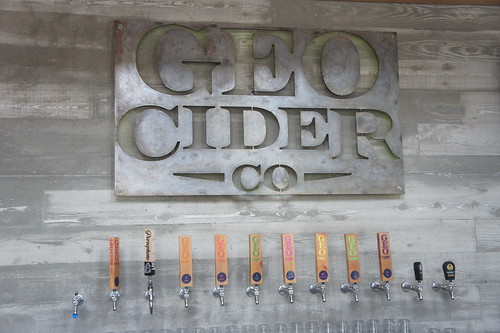 They also have a small food menu (pizza, meat pies and a few appetizer/snack options). 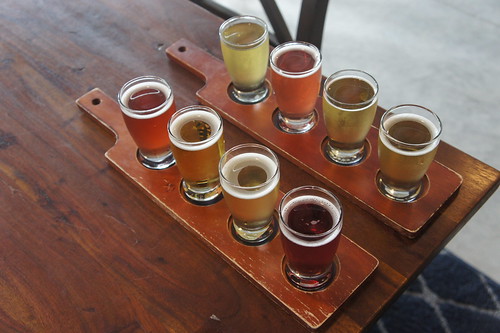 We decided to try both flight options. Brilliant how they put little labels underneath to indicate which flavour is which! 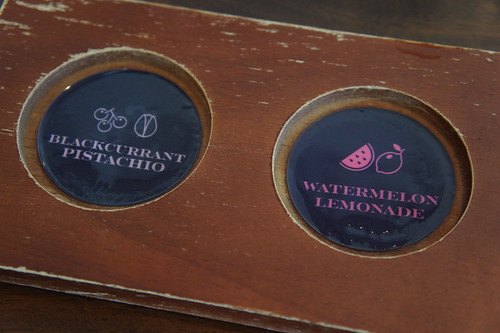 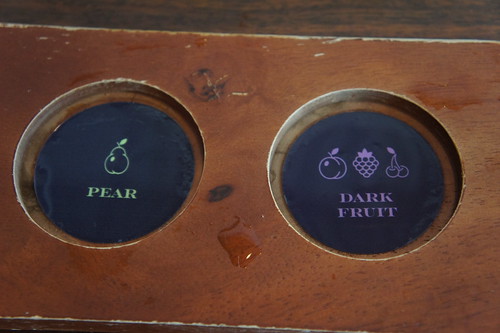 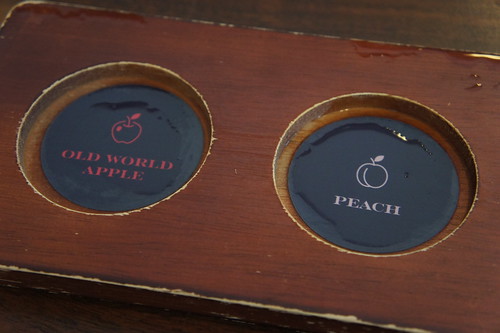 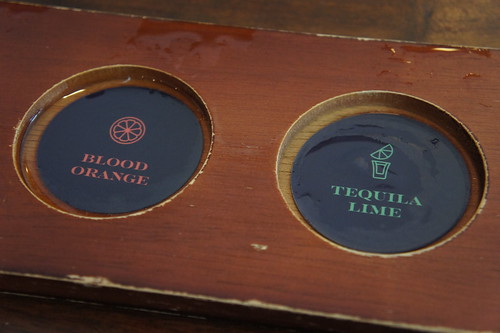 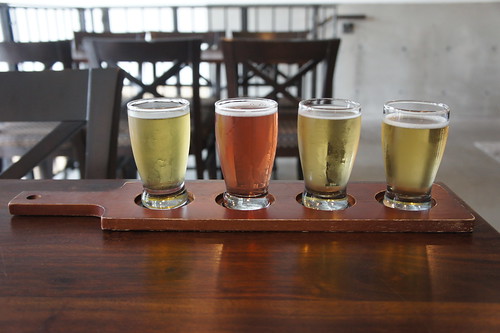 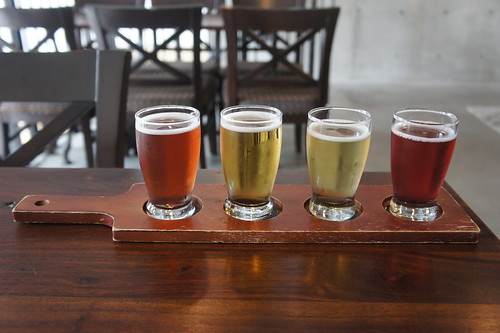 Our favourites were the blood orange, dark fruit and tequila lime. Blood orange is their most popular option. You can taste the vanilla that they’ve added in. 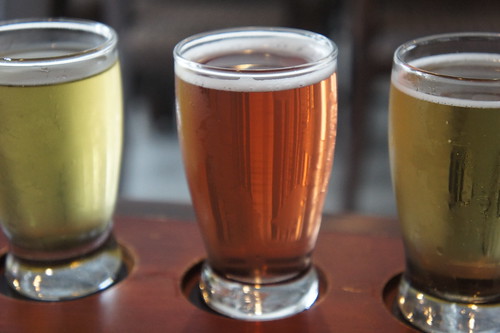 The dark fruit (berries, cherries and stone fruit) was smooth and well balanced. 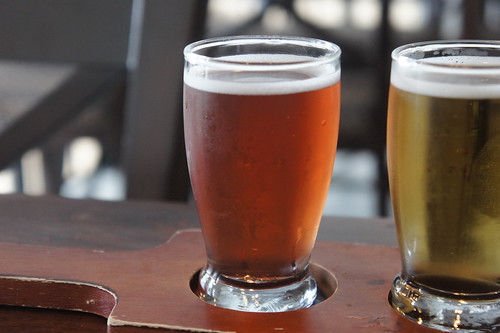 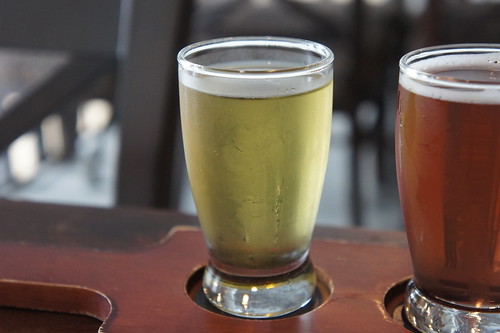 Some of the other flavours (old world apple, peach and watermelon lemonade in particular) have an artificial flavour. 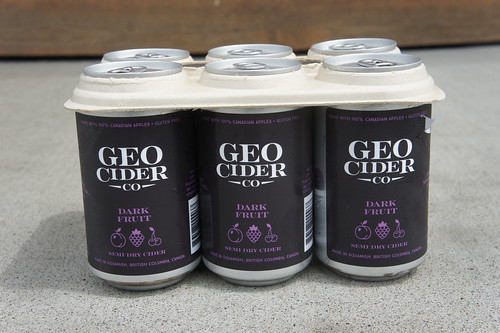 We bought a 6 pack of the dark fruit flavour. We wanted to get the blood orange but sadly, they were already sold out of that one. 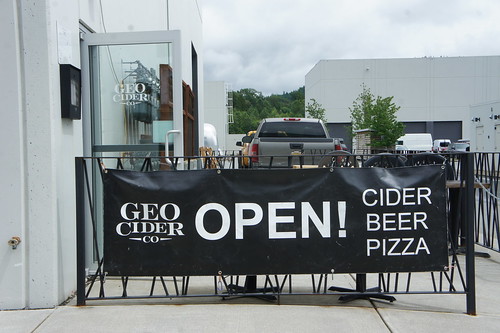 Always happy to try new cider spots. We liked GC over the other cidery we tried in Squamish.