After a hike in West Van, we wanted something quick for a late lunch. We decided to try Rice & Noodle. They do Asian dishes in a quick, convenient manner. They also have two other locations (downtown Vancouver and West Broadway). 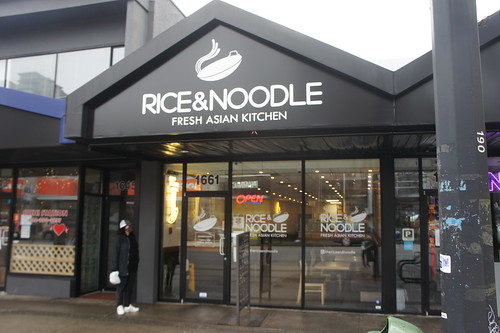 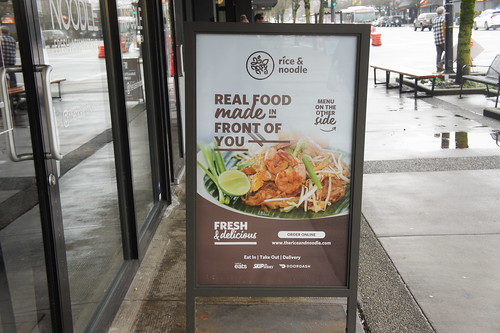 We dropped in on a Sunday afternoon (around 2:30pm). Most people were grabbing takeout (shockingly quick) but we dined in. Water is self-serve by the counter but they surprisingly bring out your order to the table. 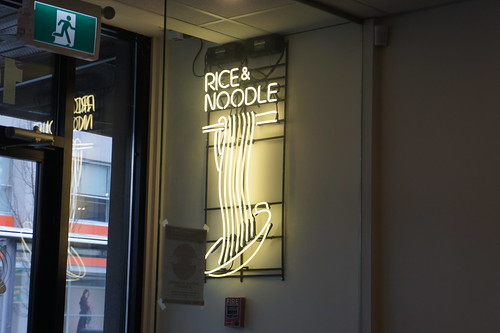 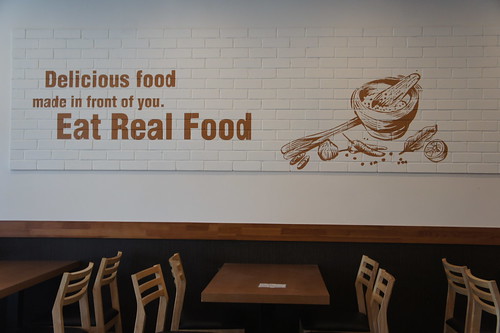 The menu is short and sweet; 13 items to choose from then pick your spice level (from 1 to 10). 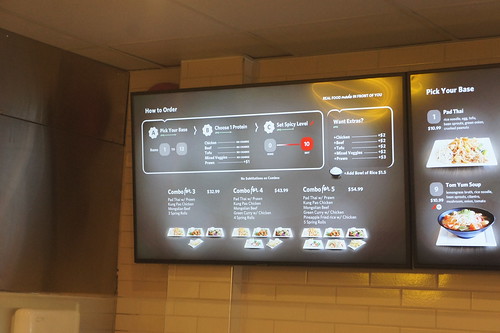 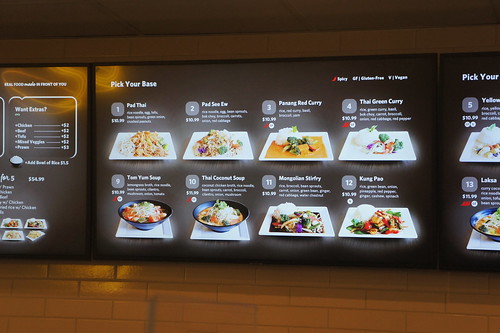 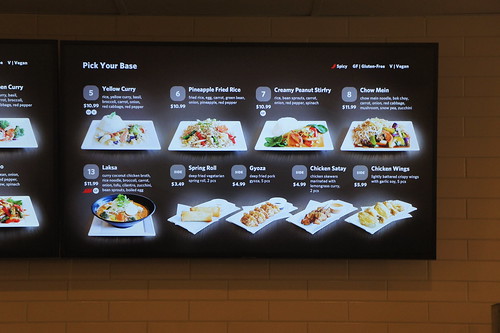 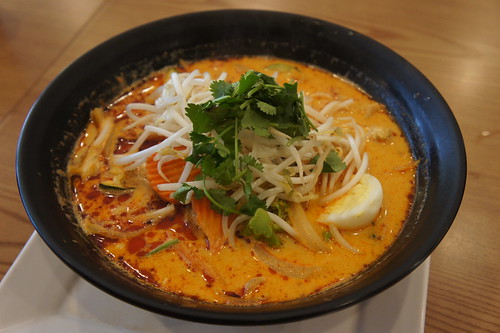 Curry chicken broth, rice noodle, broccoli, carrot, onion, tofu, zucchini, bean sprouts, boiled egg and cilantro. Broth was better than I expected; B said it’s similar to what you’d find at Deer Garden. Level 7 gave the broth a touch of spiciness and the coconut flavour came through. Not a traditional laksa but they throw in more vegetables. Chicken was unfortunately dry. This was the better of our two dishes. 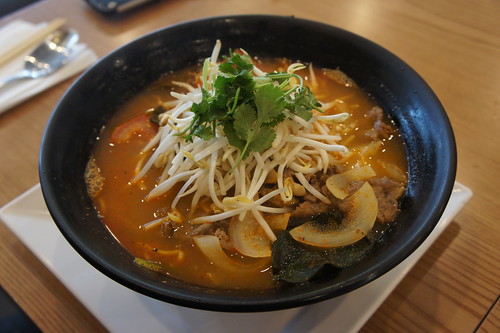 Lemongrass chicken broth, rice noodle, bean sprouts, cilantro, mushroom, onion and tomato. They leave the kaffir limes so don’t eat those. Not much ingredients in this bowl other than an excessive amount of onions. The beef was much better than the chicken. Broth was okay; mostly a sour note. 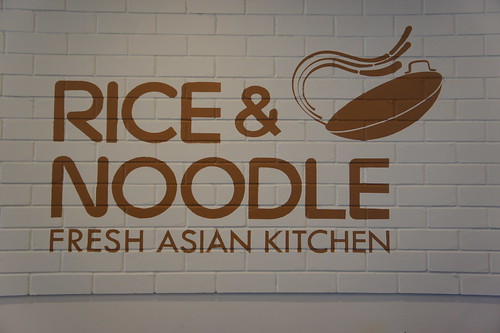 If you want something quick and affordable, R&N is a decent option.