Back to back weekend’s trying out two of the popular Korean lunch spots downtown. We had out of town friends that were keen to check out Sura Korean Cuisine. They’re known for leaning more towards the traditional Korean spectrum of things. It’s next door to Ta Bom Korean Cuisine. 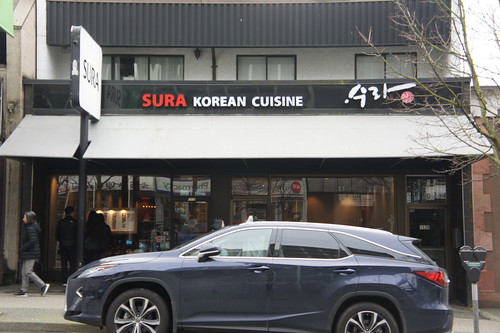 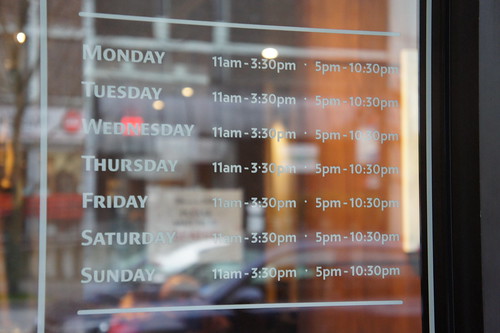 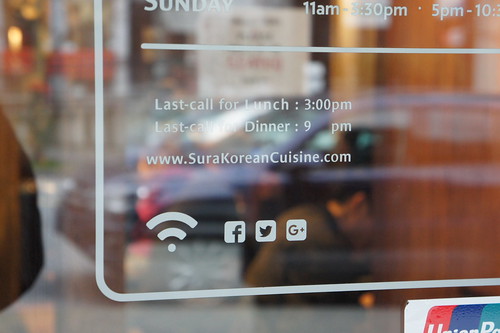 We dropped in on a Saturday (around noon) and were surprised to see there wasn’t a lineup. Make sure you have your whole party there otherwise they won’t seat you. We got lucky with our group of 6 and only had to wait for 5 minutes. Service is fast and furious; food came out at a ridiculous pace. 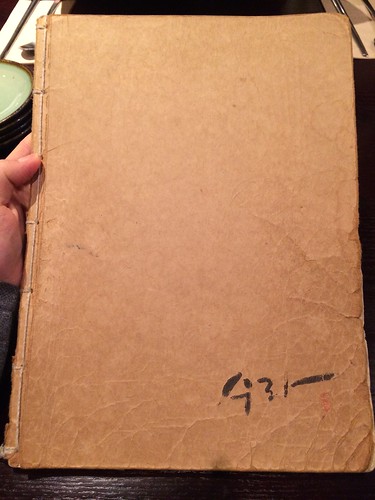 The regular menu is huge but we only had eyes for their lunch special ($25.00/person). 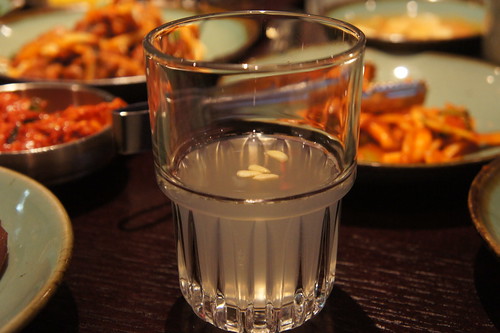 I liked it. A tad sweet but a great way to cleanse the palate.

Banchan – there was kimchi, potato salad and seaweed salad. 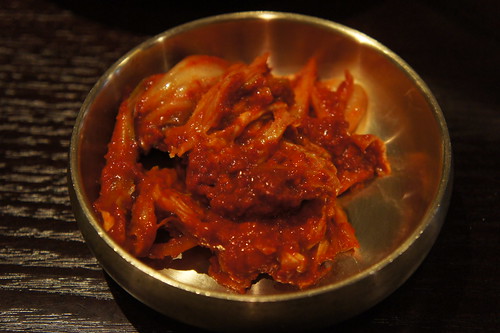 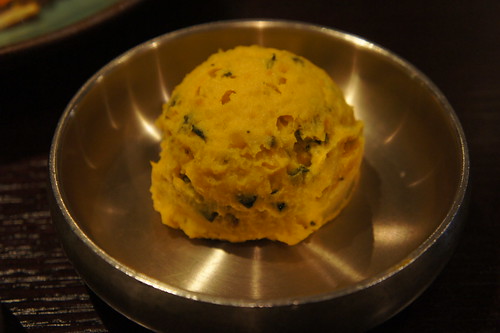 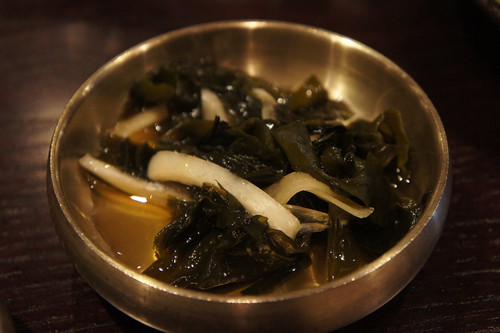 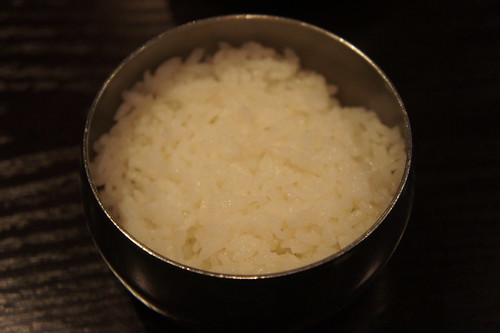 Everyone gets one bowl of rice. 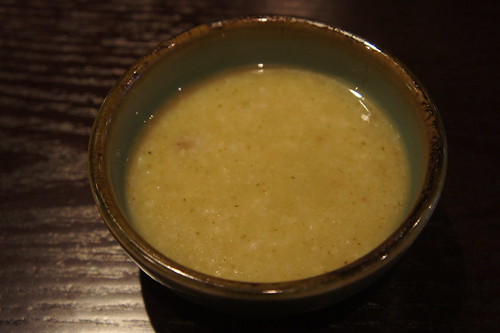 Korean style congee which was homey and tasty. Good way to whet our appetite. 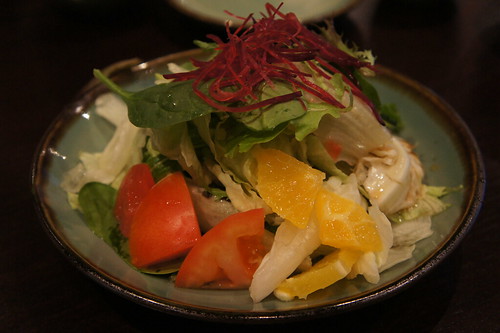 This was the last thing everyone touched. Standard salad. 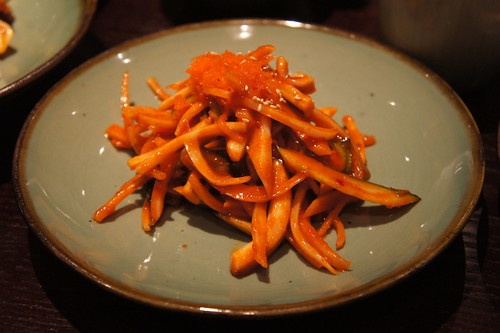 I didn’t see much squid pieces in this. Mostly an overload of onions and zucchini instead. 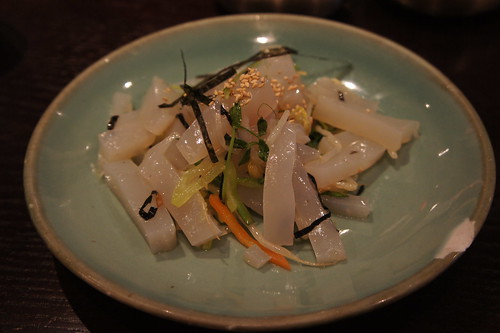 No one particularly enjoyed this dish. The noodles were soft and didn’t have a bite to them. Flavour was very subtle, especially compared to everything else. 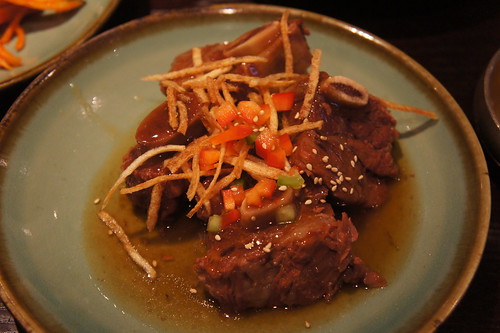 This was my personal favourite dish from the set. Beef short ribs were fantastic; tender but still retained a bite. I went back for seconds. 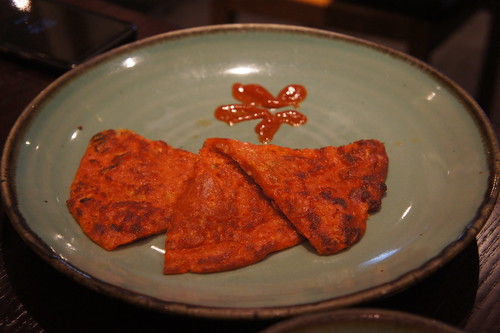 Another good dish. Sauce had a great kick to it. 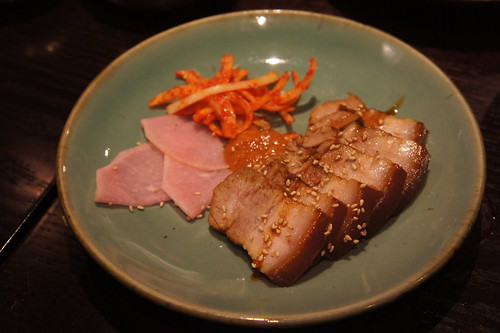 Pork belly had a great bite and wasn’t too fatty. 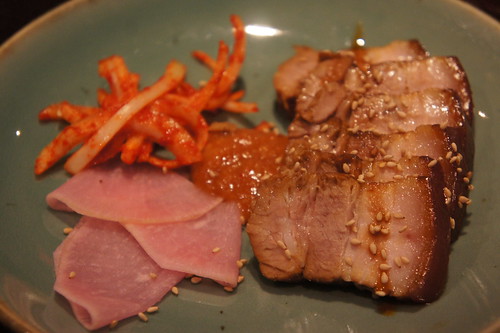 Another dish I went back for seconds. 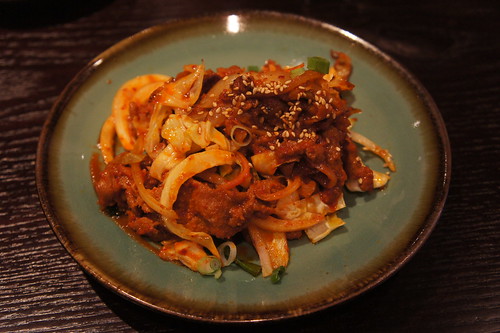 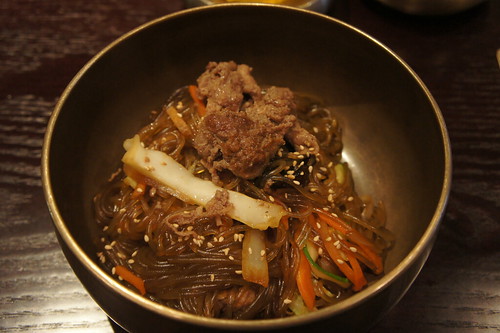 Noodles had a good spring and chew. The beef bulgogi was tasty but oddly clumped together. 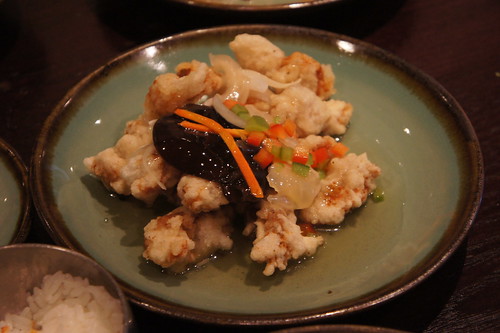 Good batter, tender inside. I liked the addition of the mushrooms to this dish. 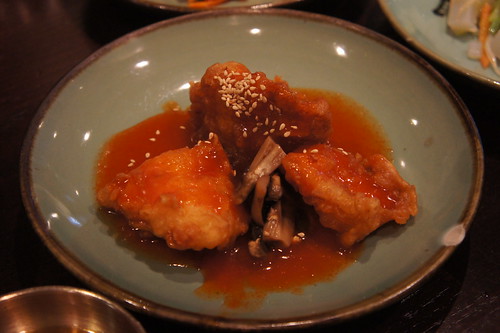 This was a bit too much deep fried meats for me. I enjoyed the fish cutlet more. 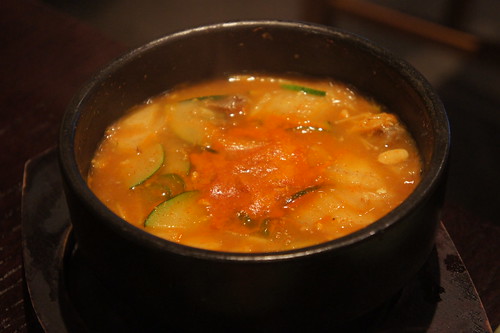 This came out piping hot. Nice that the waitress came out and helped doll out the soup to everyone. Balanced flavour and slightly spicy. 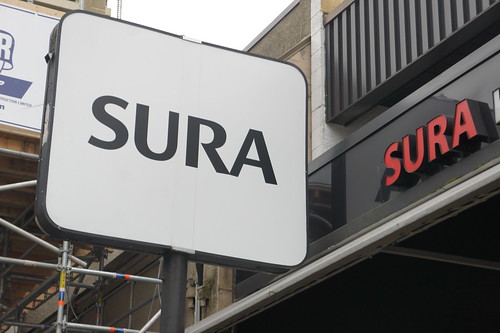 Happy to finally have tried Sura. Another solid Korean spot in downtown to try.