We were originally planning to eat dinner across the street but the lineup was crazy. We decided to try Ramies Greek Restaurant instead. 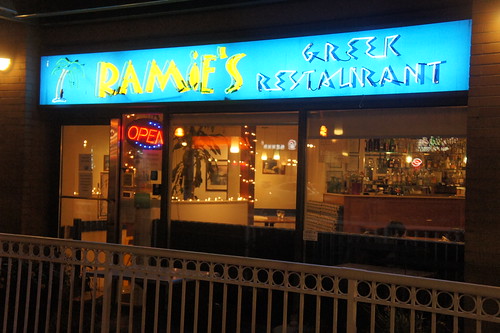 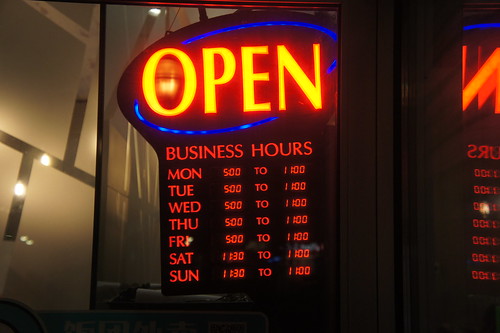 We dropped in on a Friday evening (around 8:30pm) and were the only customers dining in. The inside is roomy with several tables but if you dine in, avoid sitting near the door because they do a shocking amount of takeout orders. It was a non-stop in and out of delivery drivers while we ate. 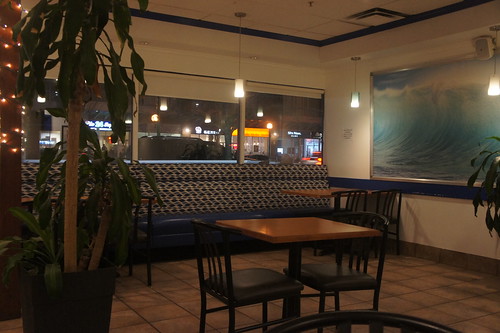 The menu is split into appetizers, soups and salads, BBQ dishes, pasta, house specials, souvlakia, platters for two, seafood and desserts. Most of their entrees are in the $17.95 to $26.95 price range. 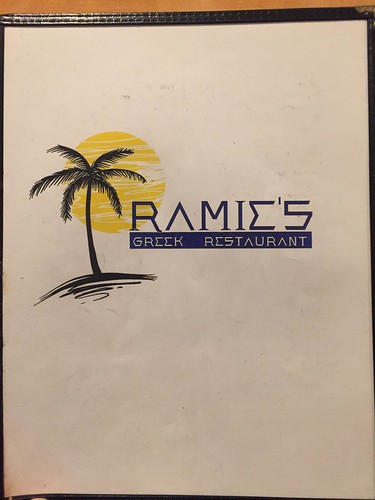 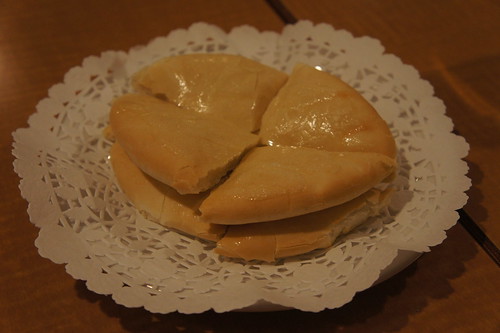 This came out first while we waited for our entrees. Lightly brushed with butter. The pita bread were soft but with a nice chew to them. Wish they would have brought out some tzatziki as dip. 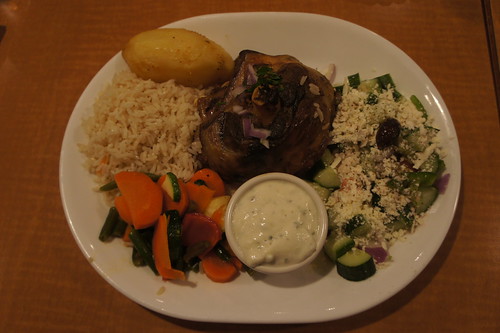 Lamb shoulder with herbs and spices. All their entrees come with rice, roast potato, vegetables, Greek salad and tzatziki. 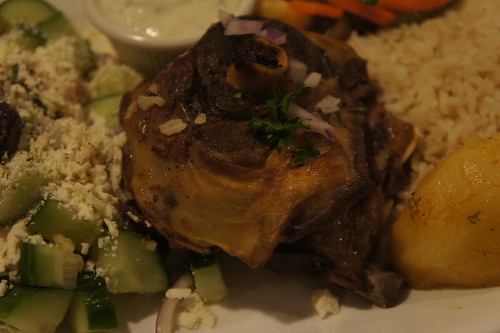 The lamb shoulder as a mixed bag. Some parts were slightly dry but the other parts (closer to the fat) were fine. 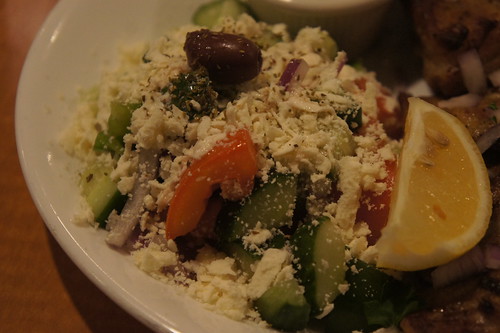 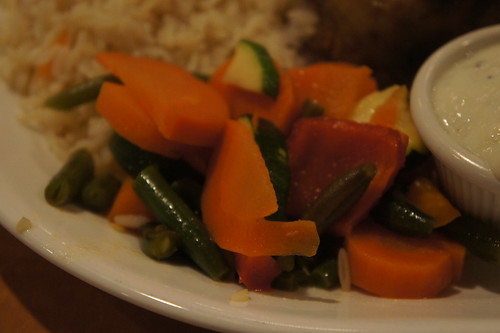 The vegetables (carrots, red pepper, zuchinni, green beans) were tasty but wish they gave you more. 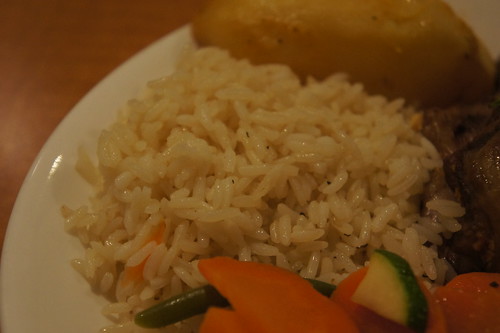 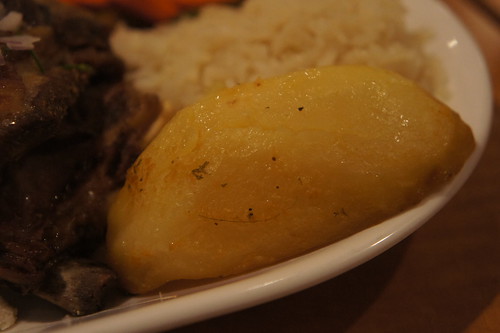 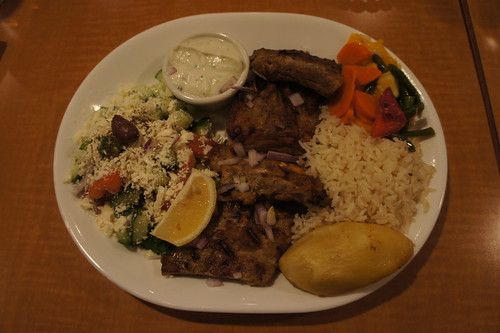 Specially seasoned and marinated ribs. Ribs were on the small side and I didn’t find them particularly “special” or memorable. Again, a mixed bag of dry and passable meat. Wouldn’t order this one again. 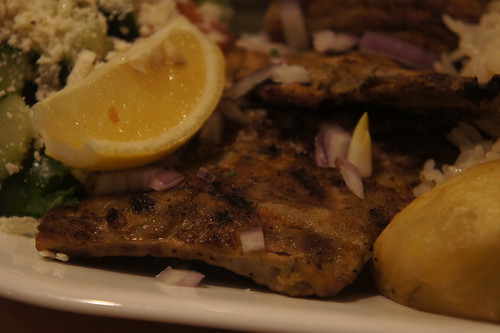 Not much Greek options in the city but Ramies was decent.