First stop in Cumberland was for some beers and food at Cumberland Brewing Co. They’re located across the street from Riders Pizza and Biblio Taco is only a few steps away. 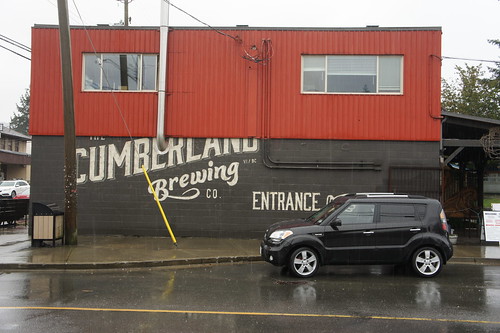 We dropped in on a Sunday (around 12:30pm) and it was busy. We snagged a table inside but most were outside on the patio. Service is friendly and sweet but the waitresses didn’t seem to be knowledgeable on the beers. 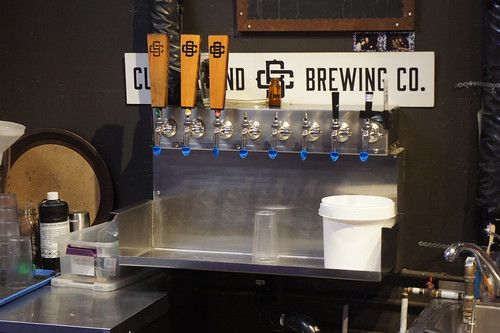 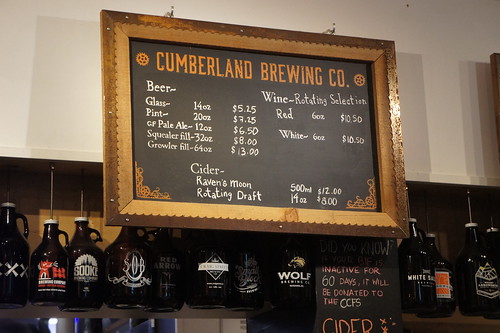 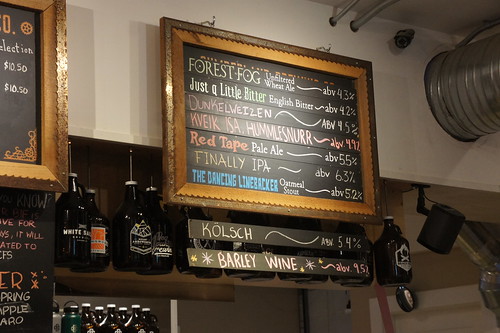 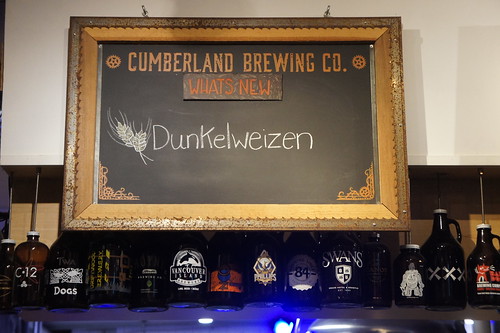 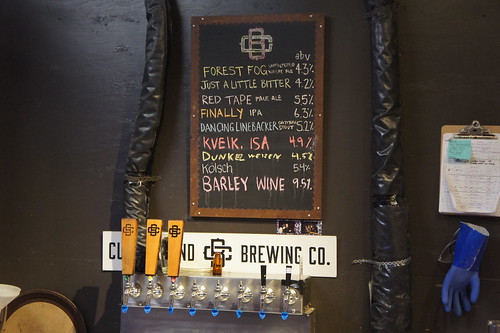 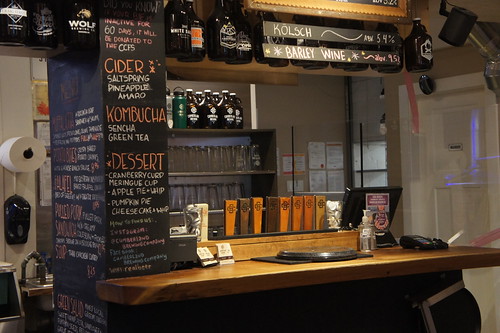 They have a very limited food menu (roughly half a dozen items). 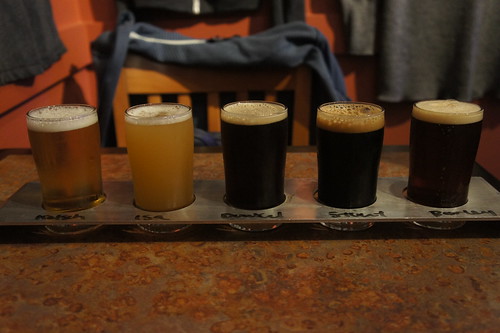 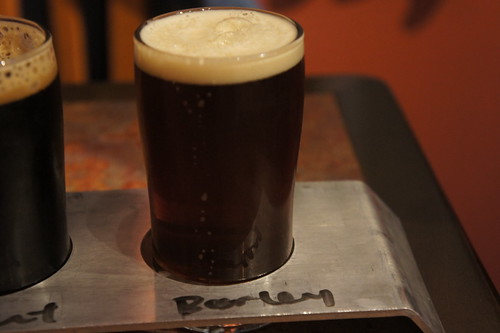 Our favourite of the bunch was the barley wine; you really get the wine flavour without the barley funk. 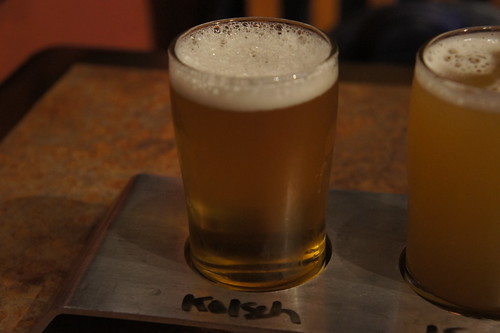 The kolsch was unmemorable. 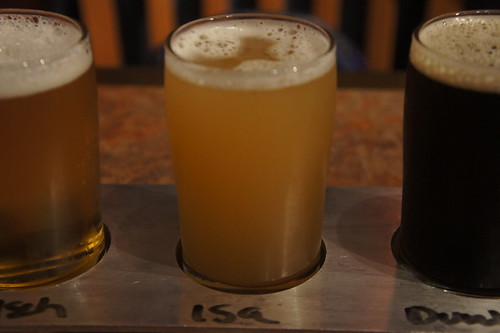 The kveik ISA was a light hazy but with very subtle fruit notes. 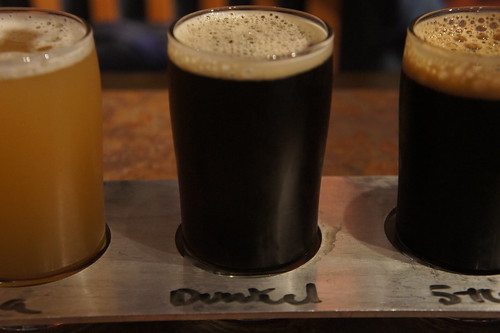 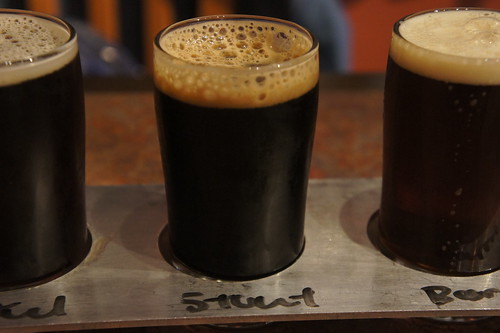 Dunkelweizen (dark German wheat beer) and the oatmeal stout were both decent. 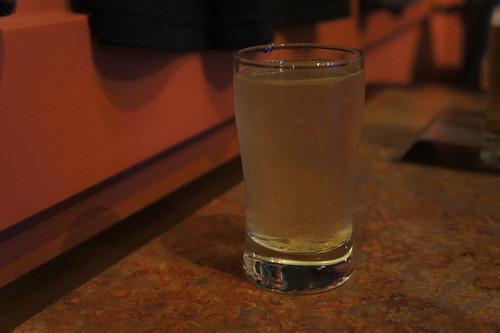 Forgot to ask where they get their kombucha from but it was a sencha green tea. Light but lacking in carbonation. 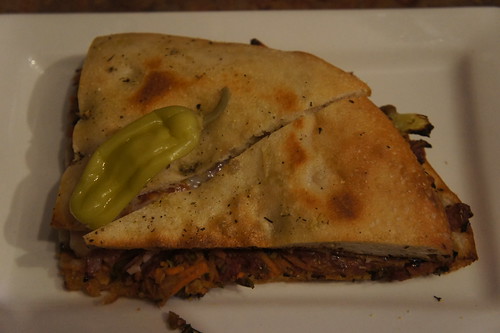 Focaccia loaf sandwich with salami, smoked ham, provolone, olive tapenade and peperoncini peppers. Half order was a good portion. We don’t order many Italian subs so this hit the spot for us. The peperoncini pepper was sweet with a mild kick to it. Would get this again. 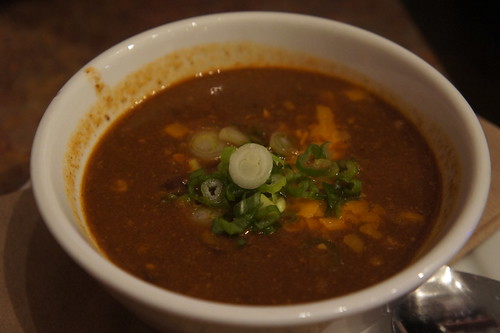 This came with a slice of focaccia bread which tasted better dipped in the soup. 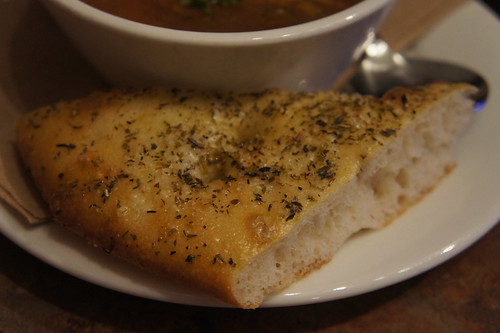 Chorizo bits were tasty and the soup was a perfect companion on a cold, wet rainy day. Portion size is a touch on the small side. 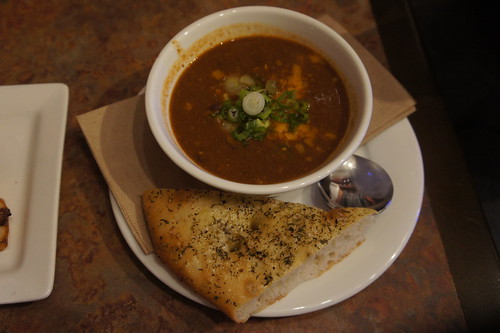 CB’s beers were what we expected but the food was a pleasant surprise.