We wanted to squeeze one last brewery in so after grabbing a bite, we headed over to Dog Mountain Brewing. They’re next door to a closed down club. 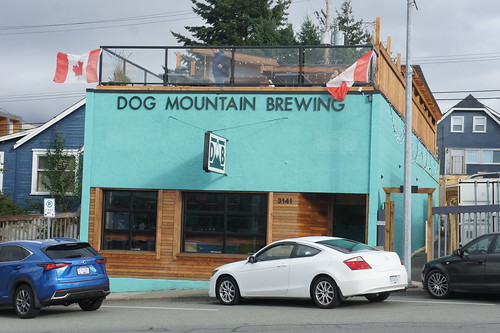 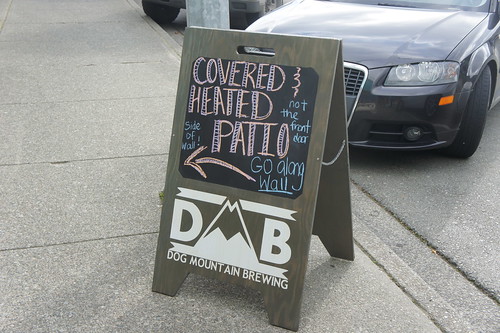 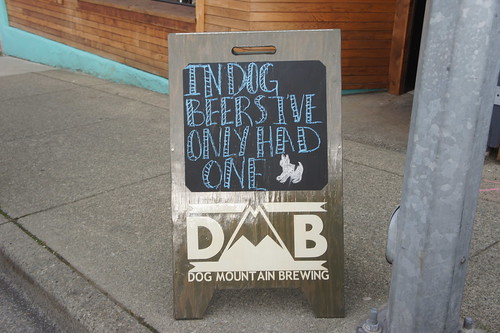 We dropped in on a Friday afternoon (around 4:00pm) and it was fairly busy. 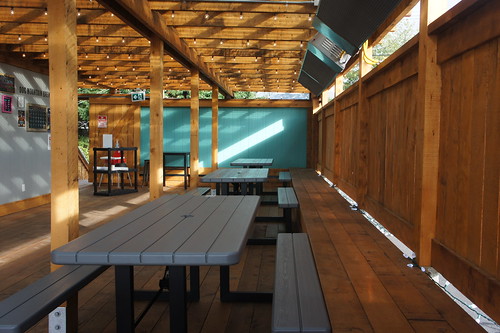 They have a rooftop patio (heated and partially covered) that’s spacious and has plenty of seating (8 picnic tables). Sweet view of the city! 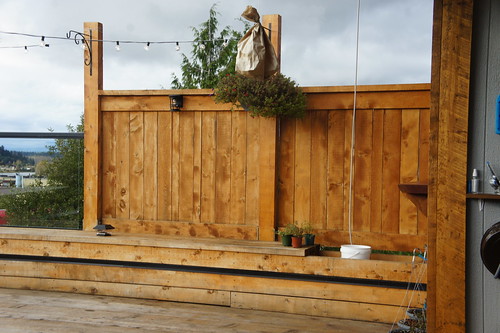 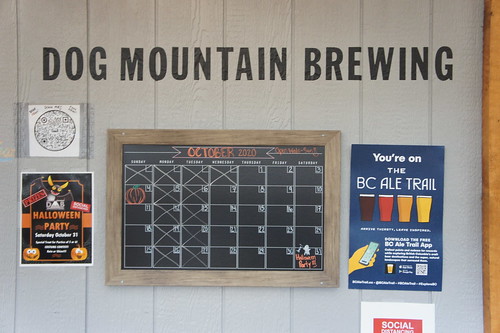 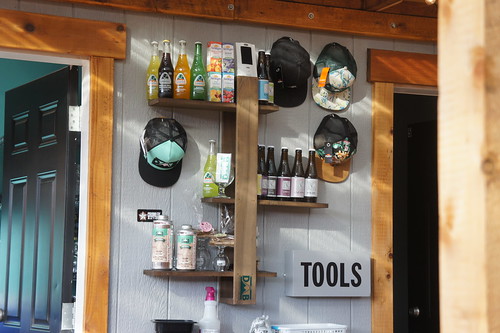 There was a dozen beer options (including one guest tap) along with a solid lineup of Valley Ciders for the non-beer drinkers. 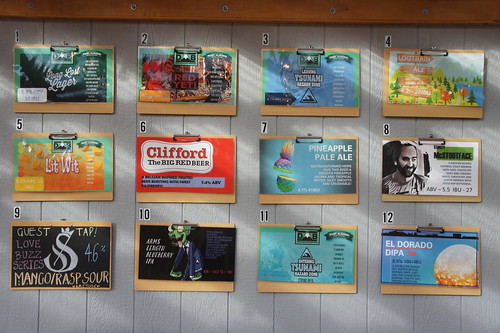 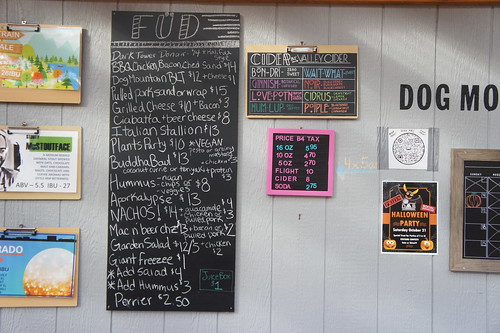 They also have a small food menu. 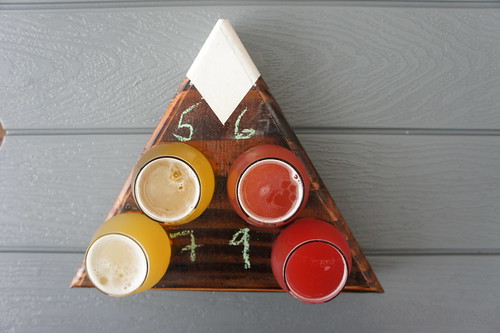 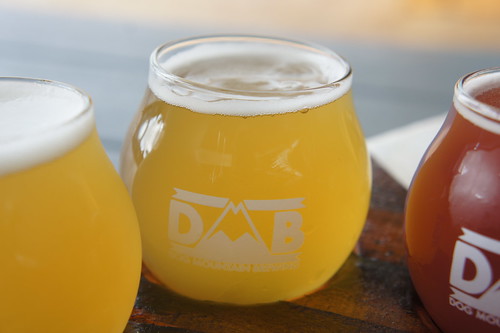 Lit wit was meh; mild and a touch citrusy. 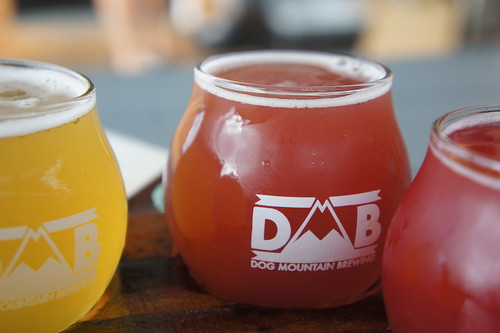 Clifford (a Belgian inspired raspberry) was okay but the flavour isn’t quite balanced. 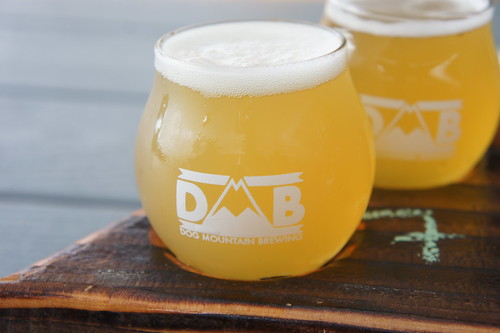 Didn’t get much, if any, pineapple notes from the pineapple pale ale. 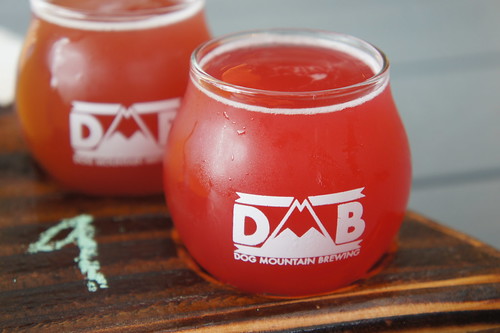 The best of the bunch turned out to be the sour but it had an odd initial taste. We couldn’t figure out why. 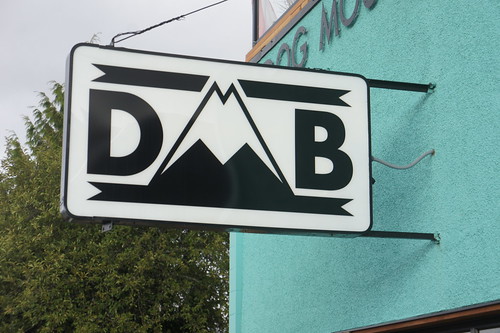 Great spot if you want to enjoy some beers with a view. Unfortunately, their beers lack the finesse and quality compared to what’s offered at Twin City Brewery.