We’d never heard of Twin City Brewing but they seem to do a variety of beers and quite a few sours. They’re a few doors down from Asia Garden Restaurant. 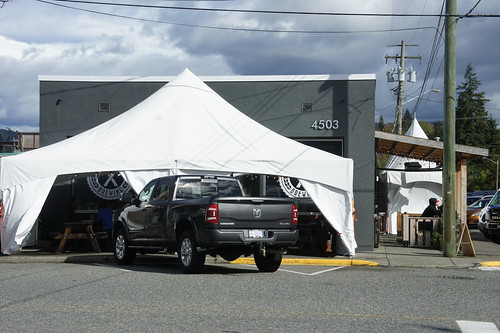 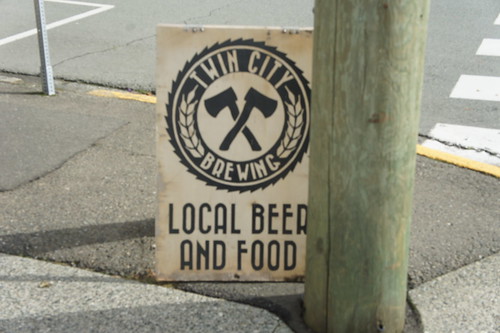 We dropped in on a Tuesday afternoon (around 1:30pm) and it was bumping. We’d walked by earlier and there was a line so it seems to be a popular spot for both the locals and tourists. The inside currently only sits three groups but there’s another 5 picnic tables outside. Service is friendly and they come by frequently to check on you. 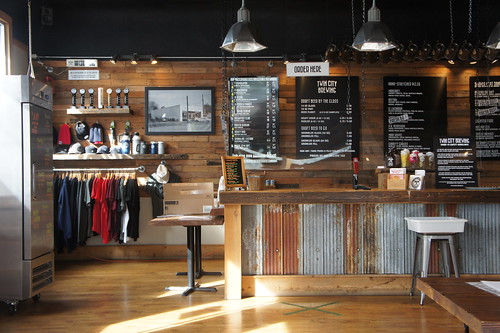 9 beers on tap along with a Merridale Ciderworks cider. 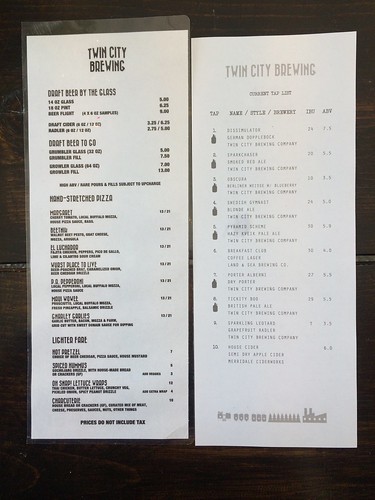 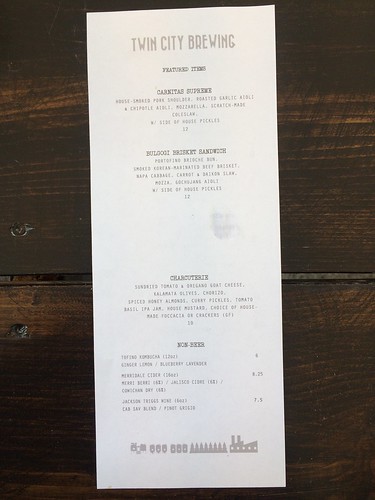 They have a small food menu that consists of hand-stretched pizza, lighter fare and a few featured items. 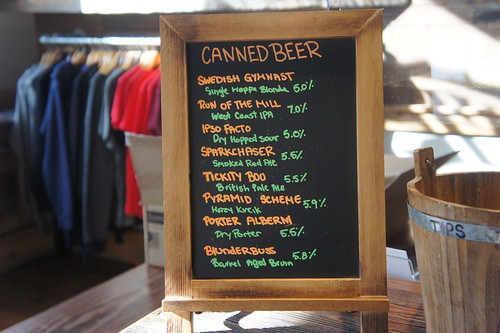 We would have bought a few cans but they the ones we wanted weren’t available. 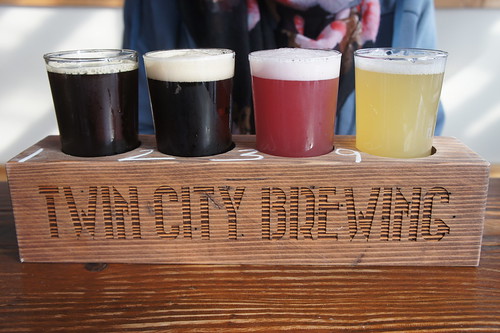 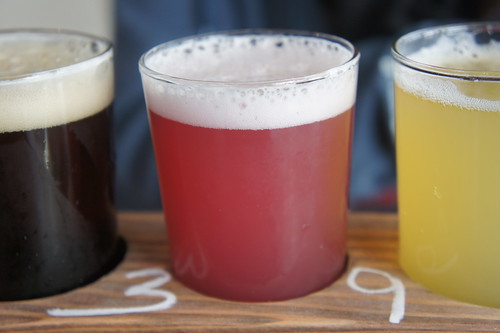 The obscura was our favourite; deliciously sour, fruity and tart. 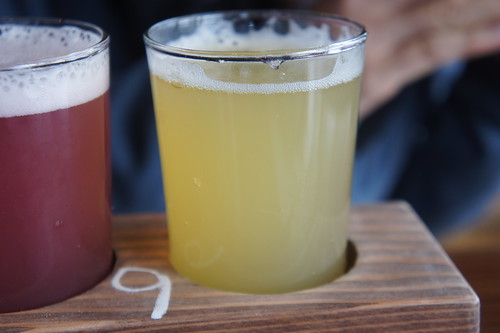 The radler was light and refreshing (apparently, it’s their Swedish Gymnast mixed with San Pellegrino grapefruit). More grapefruit than we expected (which we really enjoyed). 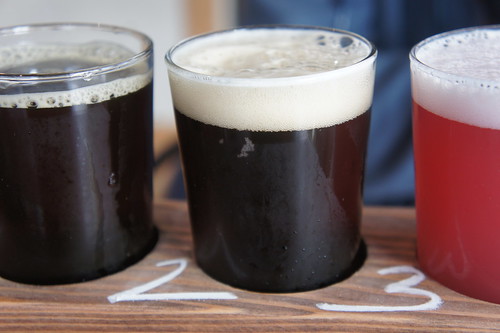 Even the smoked red ale was solid; nice smokiness that was well balanced. 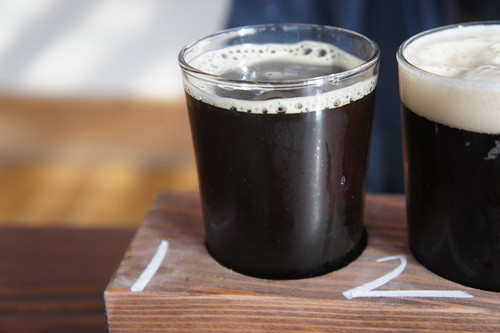 The German dopplebock was the only one that we deemed to be standard fare.

Hopefully we’ll be able to find their beers around. Can’t wait to try more of their sours!