It’s been awhile since I’ve been back in town. Since then, the Farrow Sandwiches & Coffee empire has expanded to three locations. The 124 Street branch is a few doors down from OEB. 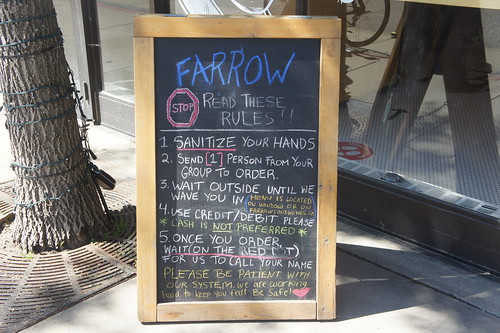 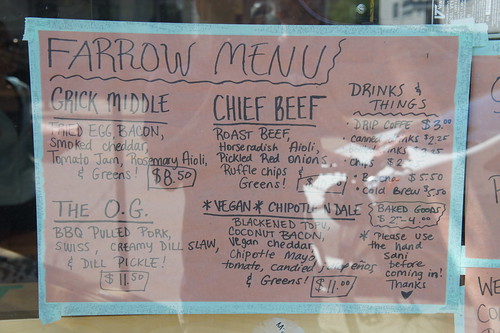 We dropped in on a Monday (around 11:30am). It’s currently takeout only and when you order, it’s one person per group. The inside is tiny so you’re better off taking your sandwiches to the nearby park. 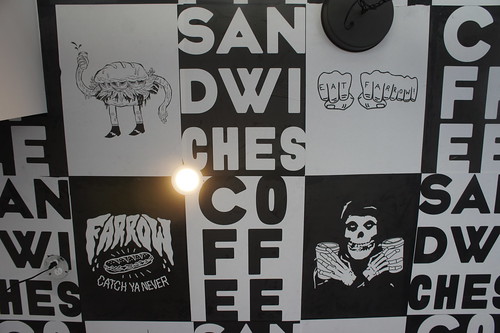 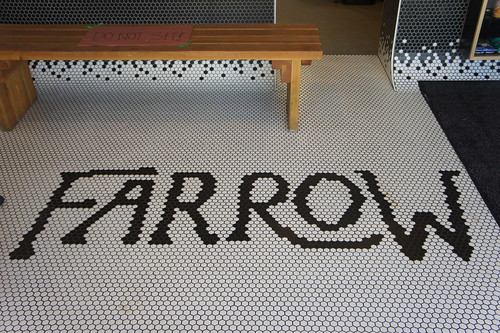 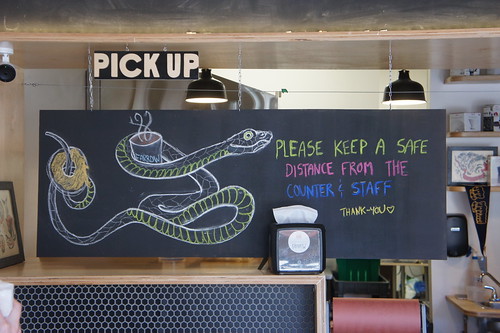 Some merchandise (aka. coffee mugs) that they had up on display. 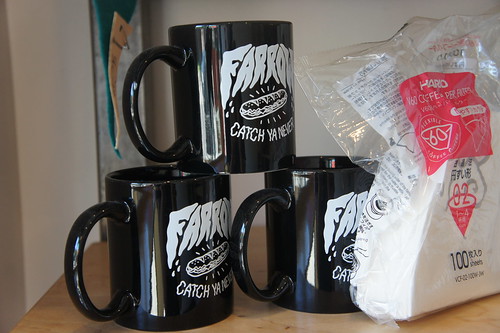 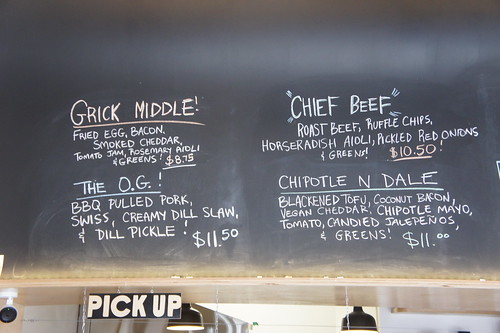 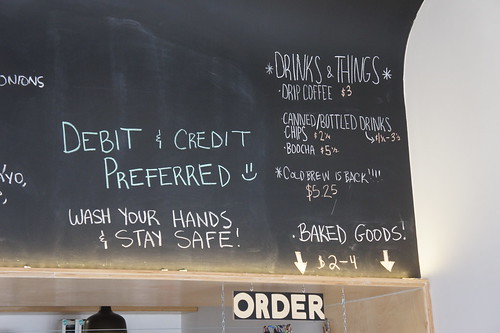 Didn’t realize that that the donuts are made in-house! 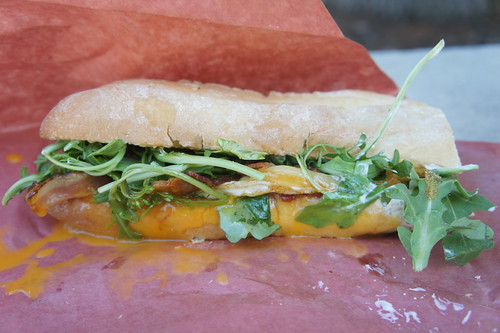 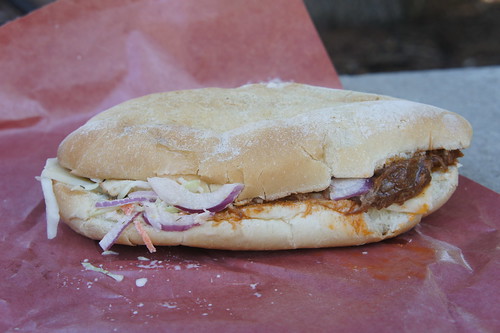 BBQ pulled pork, swiss, creamy dill slaw and dill pickle. I’ve had this one previously. Pulled pork was tender for the most part and slaw adds some texture. 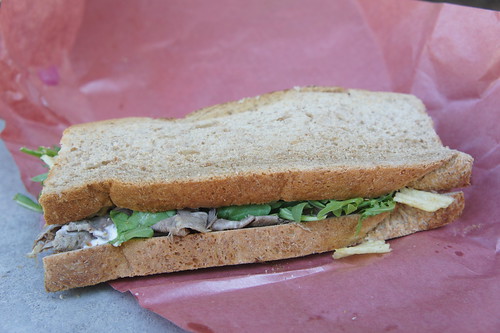 Roast beef, ruffle chips, horseradish aioli, pickled red onions and greens. Dbone’s sandwich which I didn’t get to taste but he liked the addition of the chips to add some crunch. 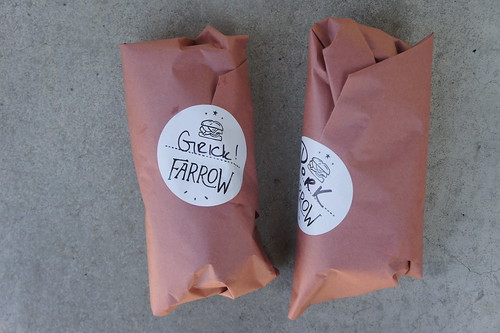 Debit or card only. Essentially, this is hipster sandwiches. Better than average but you won’t be stuffed.