A buddy of mine told me about Chez Meme Baguette Bistro, a small French bistro (more like a cafe), that specializes in baguette sandwiches. They’re a few doors down from The Valley Bakery. 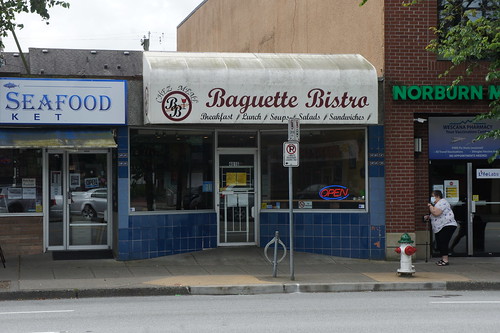 We dropped in on a Thursday for an early lunch (around 11:30am). Go early (or call for a reservation) otherwise you’ll have to wait; it’s popular and seating is limited. Three seats at the bar, three seats to people watch and 5-6 tables. 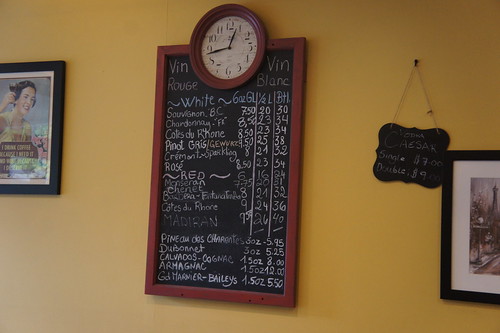 As others have said, service is slow and unapologetic. Our waiter took our order (without writing it down) and of course, messed it up. When we went to pay at the counter, another worker “accidentally” tried to charge me $133.25; good try buddy, good try. The water tasted oddly metallic and food comes out at a slow pace. 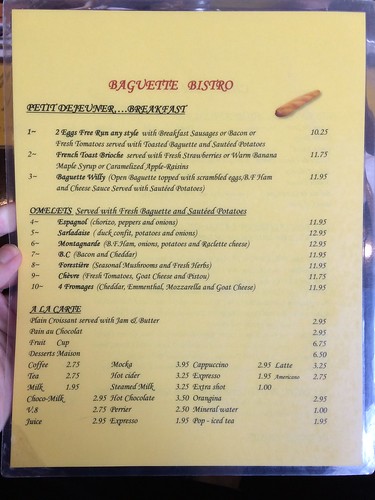 The menu is small with breakfast, omelets, a la carte, soups and salads, baguettes (their house specialty), small plates and dessert. 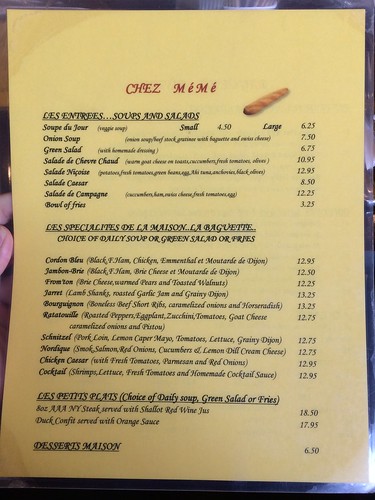 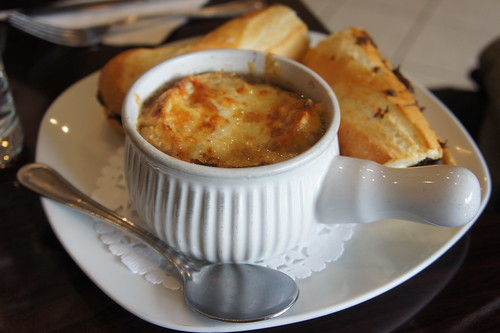 One friend enjoyed it, the other friend claimed he’s had much better ones in the city. 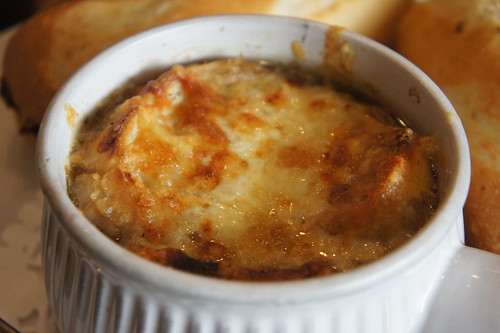 I only was able to sample a spoonful so can’t really say. I’ll let you be the judge. 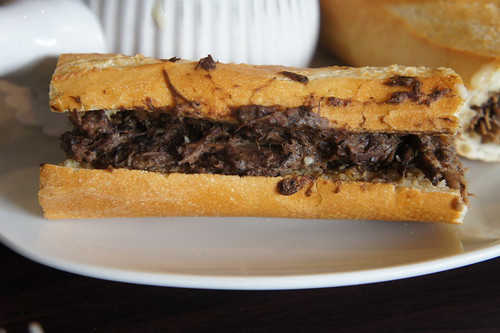 Boneless beef short rib, caramelized onion and horseradish. The friend that ordered this asked for the horseradish on the side; that didn’t happen. 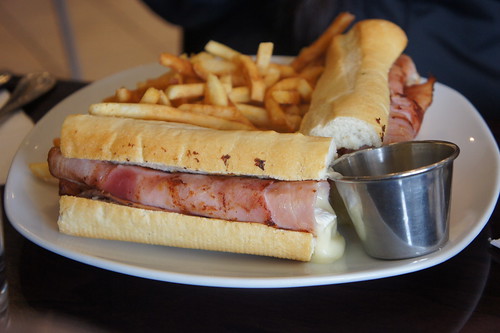 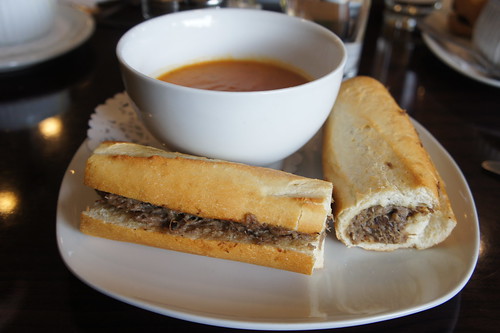 Lamb shank, roasted garlic jam and grainy Dijon. I opted for the daily soup which was carrot with ginger and dill. You can upgrade to an onion soup ($3.00 extra). 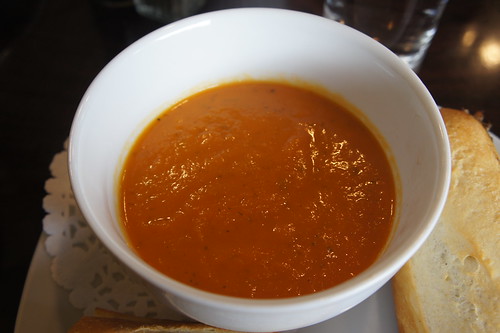 Soup was so-so; kind of bland, not much dill flavour and needed pepper. 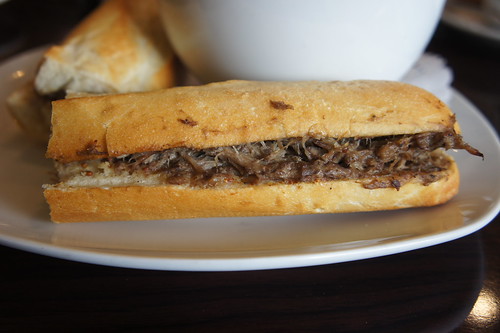 On the fence whether I’d go back to Chez Meme. There’s no “wow” factor.