Finally made it out to The Parkside Brewery to give their beers a try. This was our second pit stop of the afternoon for beers. 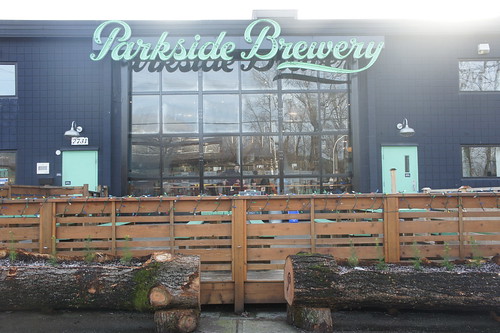 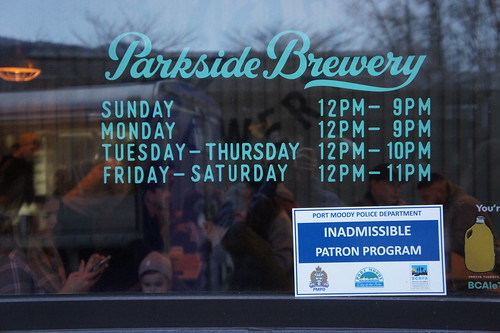 We dropped in on a Saturday afternoon (around 4:00pm) and it was bumping. Barely could snag a table to sit at. Fun that they have a shuffleboard table. 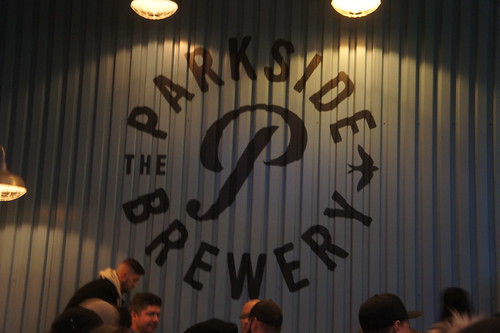 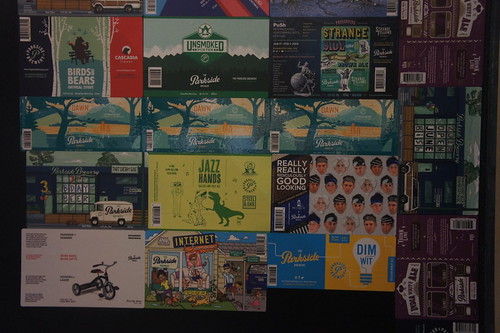 There were 10 beers on tap (two guest taps) along with Greenhill Cider and wine. 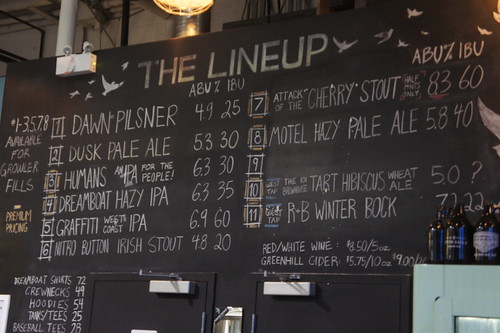 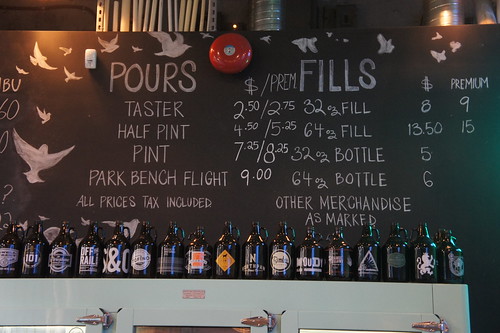 Closeup of some of their beer taps and growler refill. 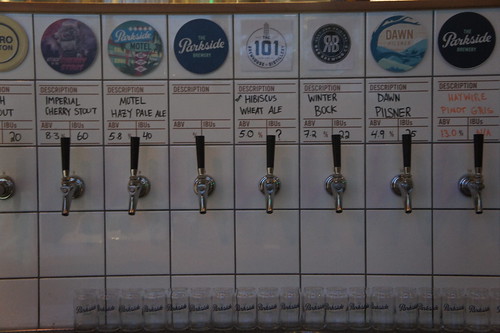 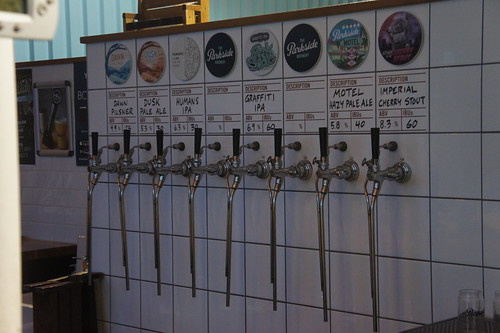 There was a fairly large selection of merchandise along with some signed memorabilia and a jersey hanging in the rafters from Ryan Johansen. 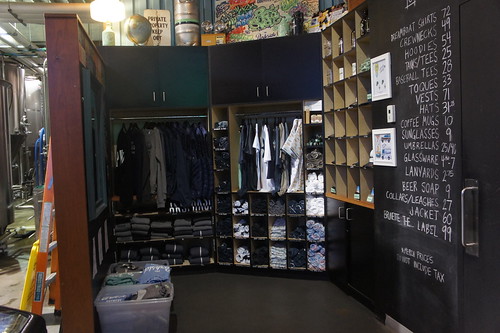 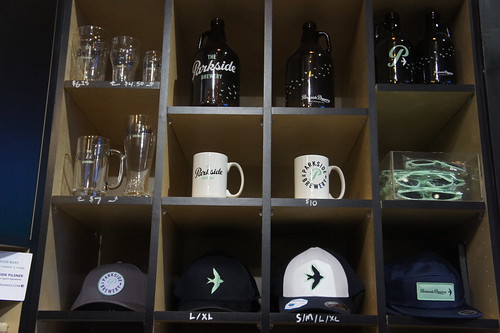 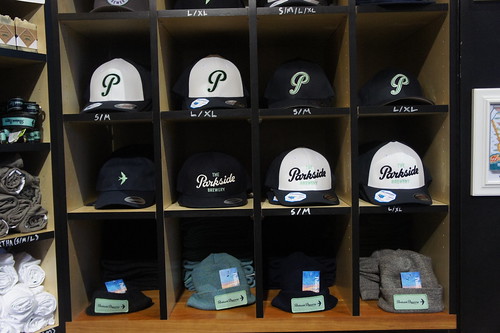 Closeup of their beer options in the fridge. 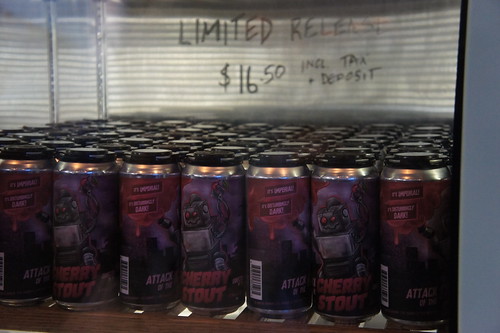 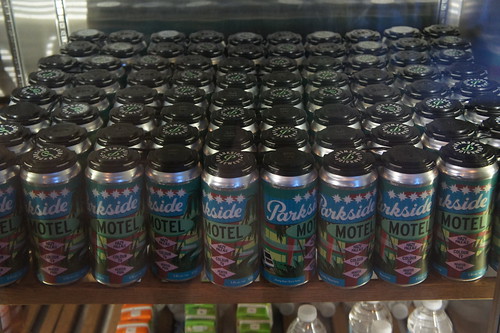 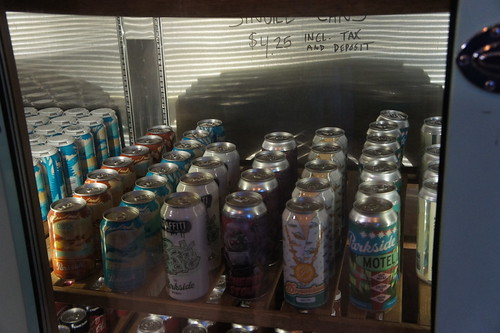 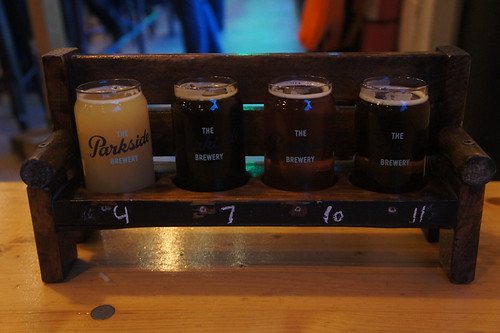 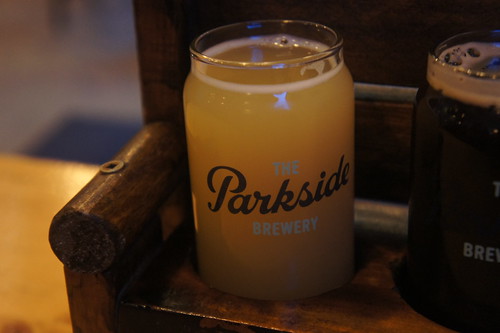 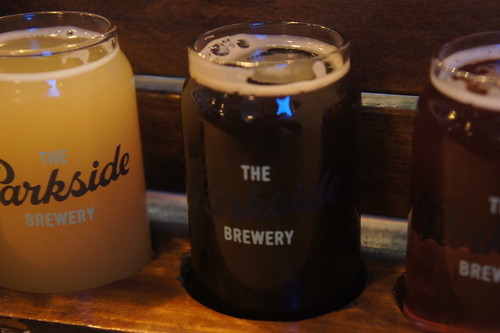 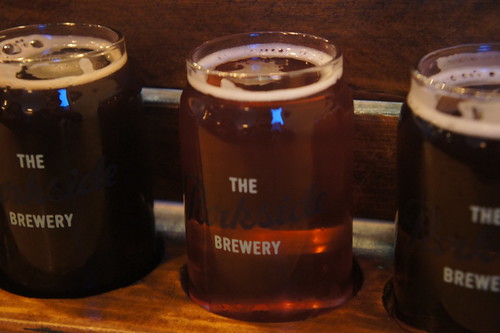 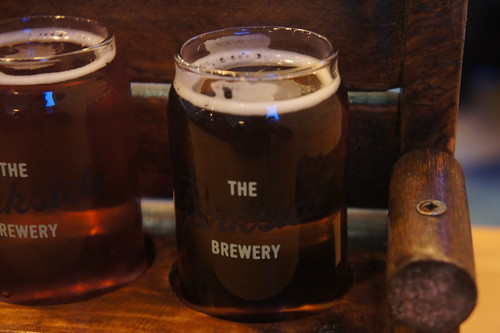 Their flight cups seem to be the same as Bridge Brewing. None of the beers stood out to me. Fairly standard, generic and bland. 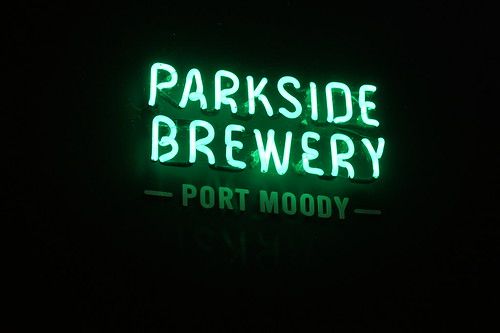 If I’m picking a brewery along Brewer’s Row, TPB isn’t one of them.