Our last brewery visit of the trip was at Moon Under Water. I’ve seen their bottles at the liquor store and like the design but it’s a mixed bag when it comes to how their beers taste. 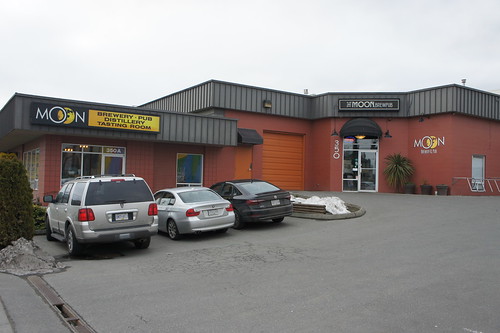 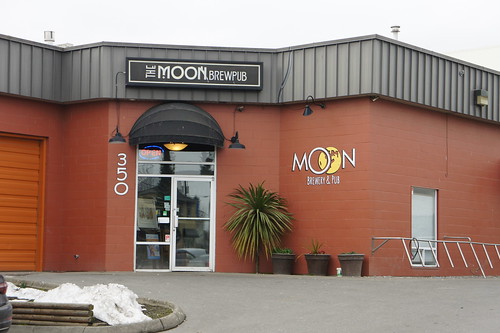 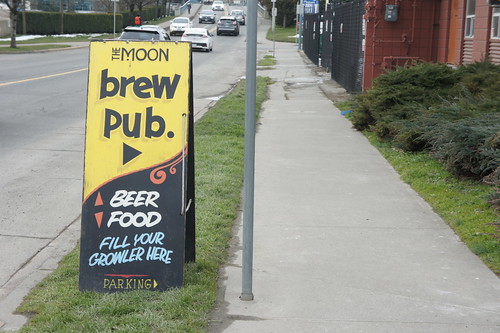 We dropped in on a Monday (around 3:45pm). It wasn’t busy and oddly, their beer pub was closed (even though there were people inside). We went informed to go to the restaurant instead. Service was brutal; our waitress messed up our flight and didn’t bother to tell us anything about the beers that we had ordered. We weren’t impressed. 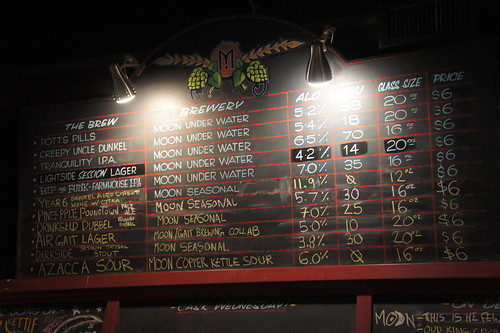 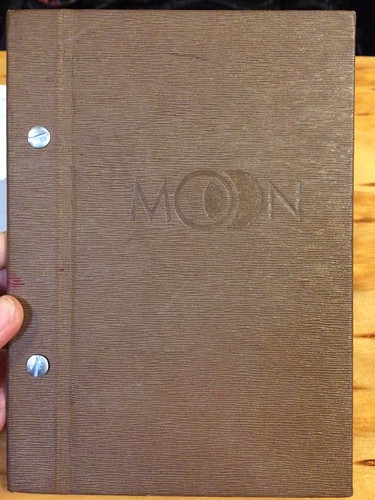 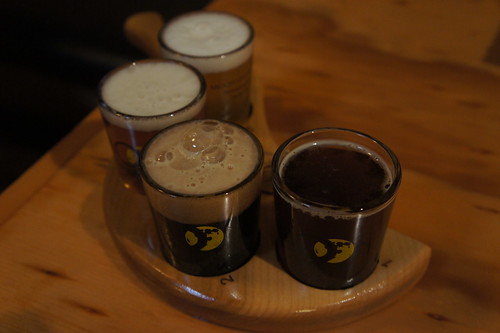 We went with the drinkgeld dubbel (Belgian dubbel), azacca kettle sour (which our waitress messed up and gave us an oatmeal stout instead), year 6 (barrel aged wheat wine with citra) and pineapple pound town pale ale (no pineapple flavour was tasted). 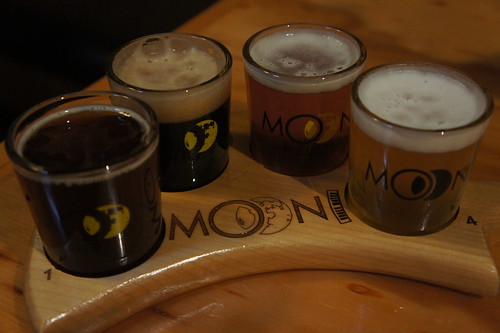 Our friends got a flight of creepy Uncle dunkel (dark lager), hip as funk (farmhouse IPA), darkside and azacca kettle sour. The only one I liked was the kettle sour. The rest were bland and mundane. 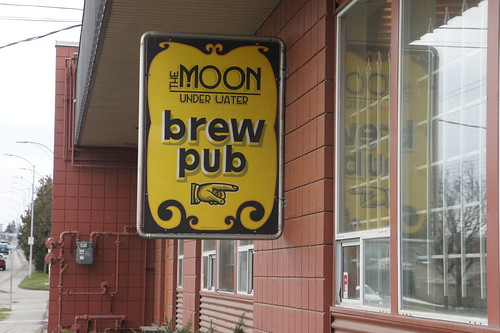 Don’t waste your time and money at MUW. Make the short trip over to any of the other nearby breweries: Île Sauvage, Driftwood and Hoyne come to mind.