We hadn’t had a real lunch yet so decided to stop by Taqueria Cancún for a bite. It’s one of several taquerias in the Mission neighbourhood. 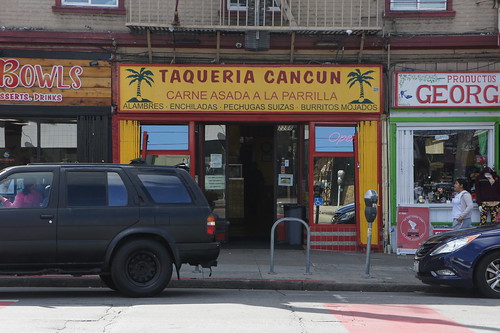 We dropped in on a Monday afternoon (around 2:00pm) and it wasn’t crowded at all. There’s plenty of picnic table style seating inside. Go up to order and pay at the counter, then listen for your dish to be called out. 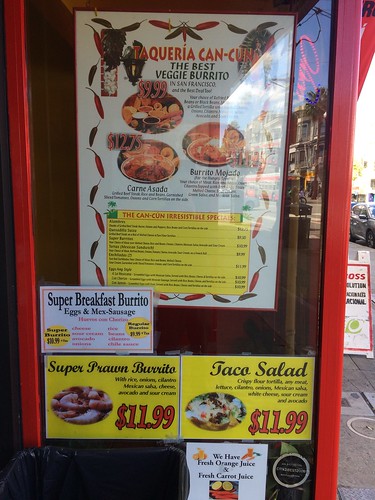 The menu is behind the counter; burrito, tacos, quesadillas, nachos and specialties. 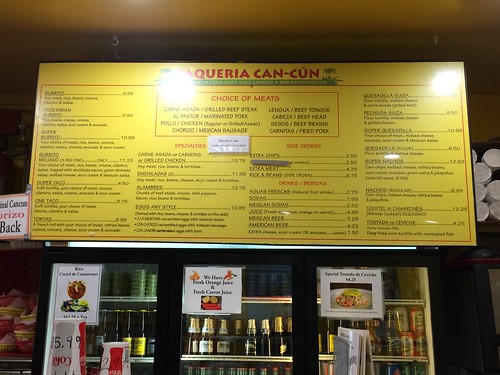 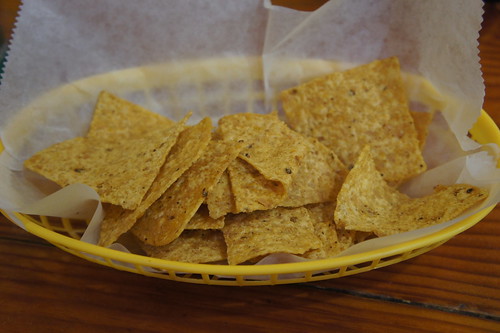 Complimentary bowl of chips with two salsas (tomatillo and red). 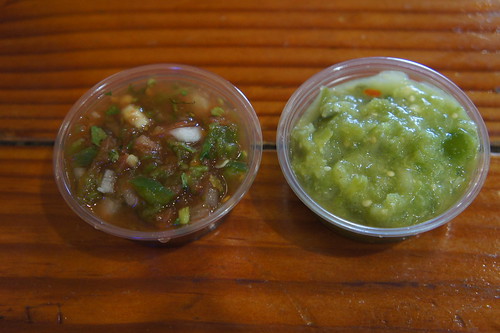 Good enough to whet your appetite. 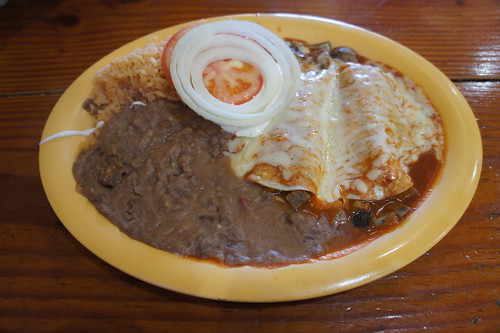 Two red enchiladas with your choice of meat (we picked lengua), melted cheese, rice and beans. It also came with sour cream, sliced tomatoes and raw sliced onions. Not sure why raw onion is a thing but it is. 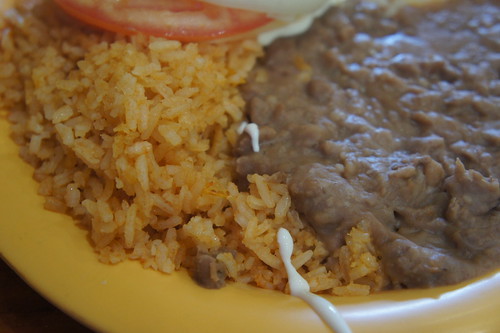 The enchiladas were smothered with cheese on top but the sauce was a touch one-dimensional. Lengua was tender. 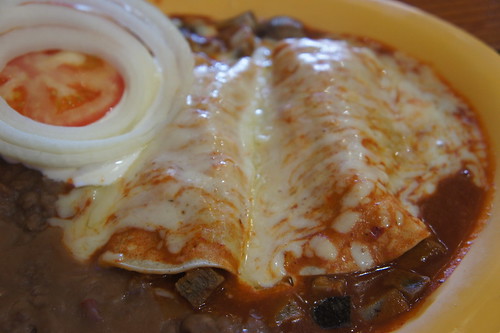 Cards for over $10.00 orders otherwise it’s cash. Decent but probably wiser if you stick with their burritos.