Friends were staying downtown so I gave them a few options and they picked Gillaneh Grill House. It’s a Persian restaurant. 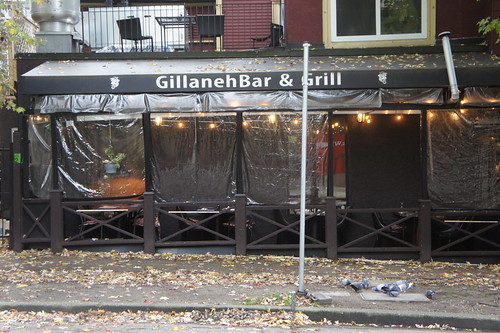 We dropped in on an early Saturday afternoon (4:30pm) for an early dinner. That’s what happens when you dine with a newborn. The inside is huge with lots of seating and even some covered outdoor patio seats. Interesting that they have a ringer (which you bizarrely can hear through the whole restaurant) to get one of the waitresses attention. 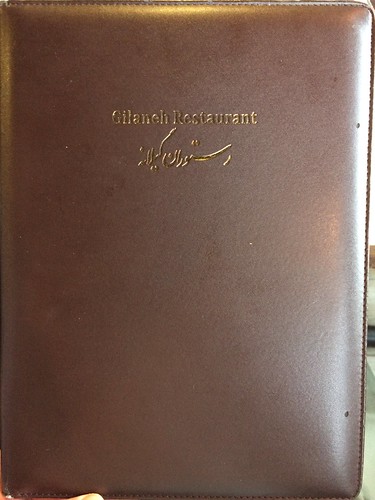 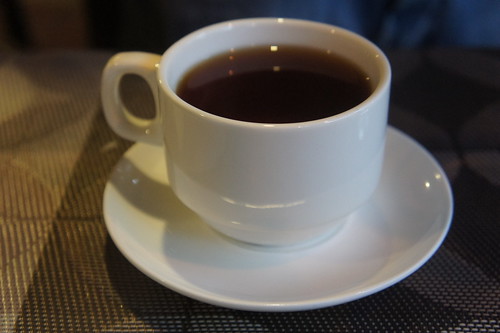 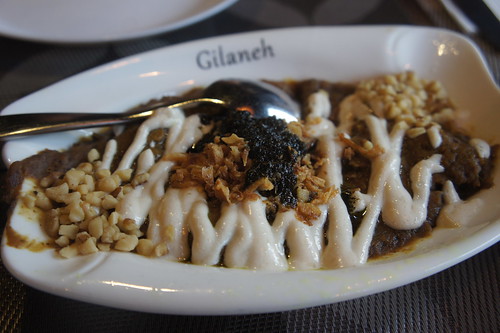 Eggplant dip that came with a couple slices of pita bread. 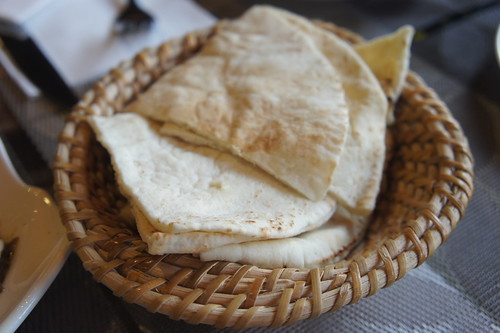 Dip was tasty and topped with pine nuts but such a small portion. 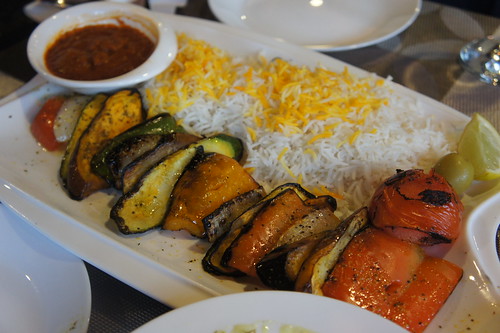 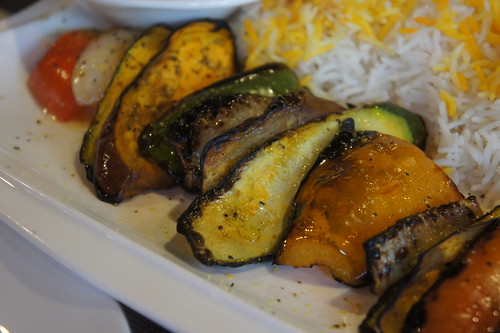 Vegetables were nicely roasted and came with a tasty sauce. 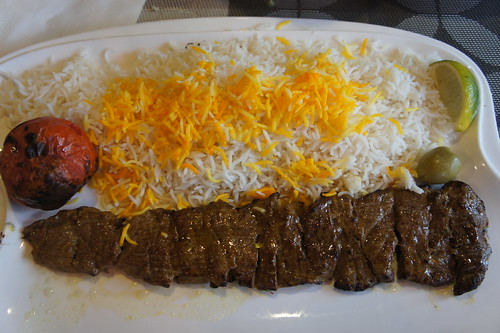 Thin cut top sirloin steak seasoned with saffron. Meat was tender and juicy but you only get one skewer. 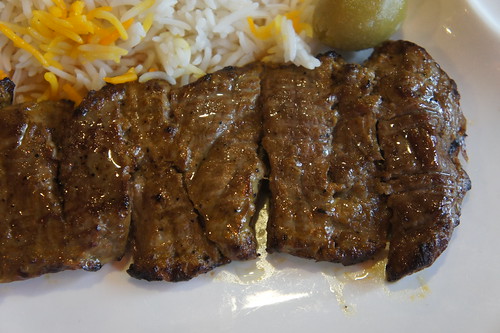 Every entree comes with a pile of fluffy plain rice. 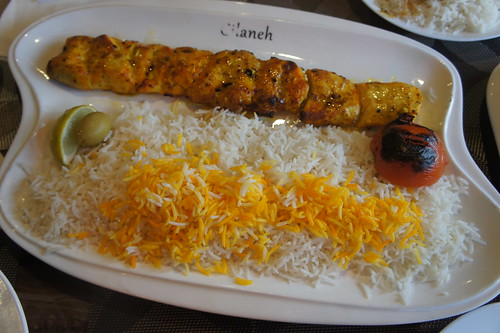 They messed up our order as we wanted to try their chicken leg with barberry rice. 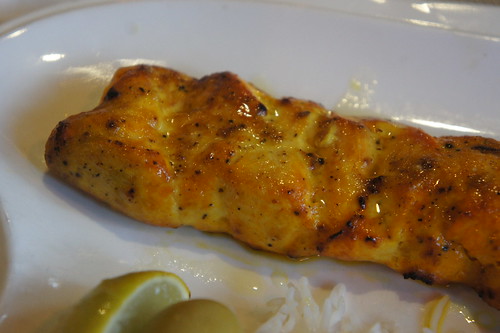 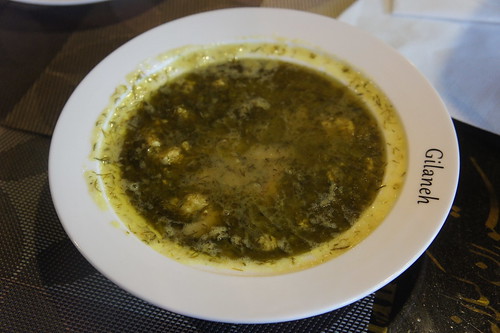 This was noted as their speciality on the menu. Dill-scented lima beans, garlic and eggs. There wasn’t much ingredients or taste to this one, other than it was drenched in butter. Wouldn’t get this again. 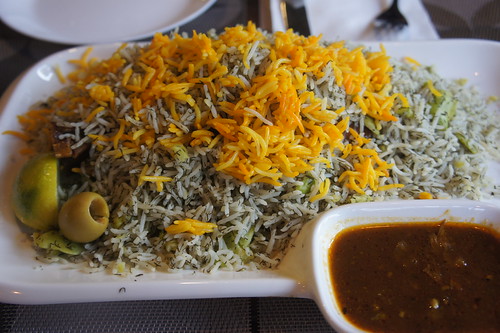 Lamb shank is hidden underneath. 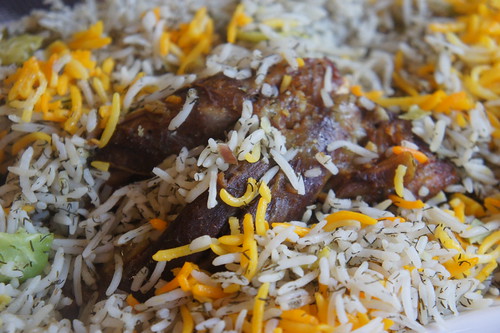 On the small side compared to other shanks I’ve had at Persian spots but the lamb retained a good bite. 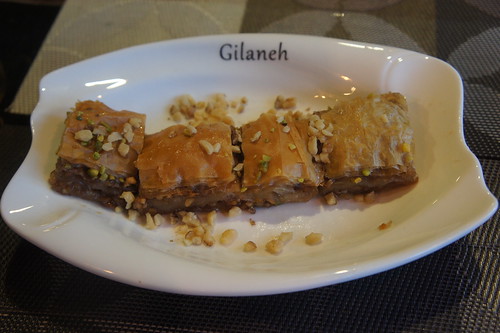 Liked that it wasn’t too sweet but again, you don’t get much. 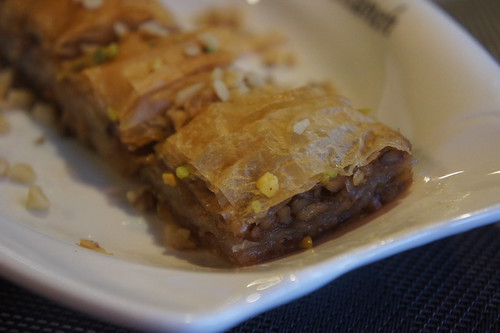 Didn’t think GGH was worth the price point. If you want good Persian, go to North Van.