We originally wanted to try a sushi place across the street but it was randomly closed so we decided to try Sake Maki instead. It’s a Chinese run Japanese restaurant located next door to Harbour Oyster + Bar. 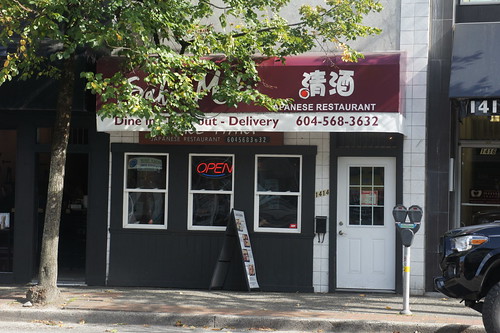 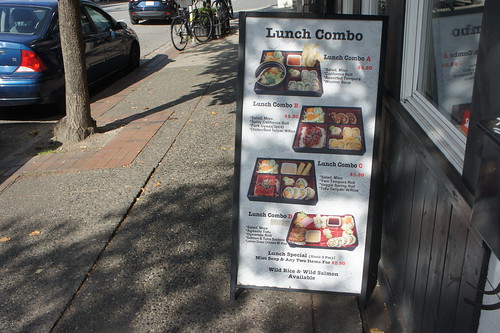 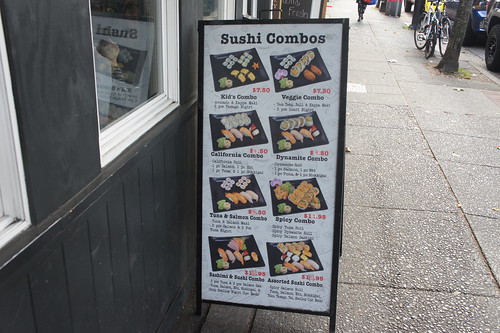 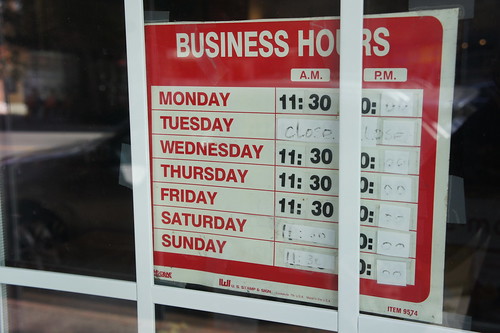 We dropped in on a Sunday (around 1:30pm) and there were a handful of patrons. The inside is surprisingly nice and looks newly renovated. Service was friendly and our waitress refilled our tea several times. 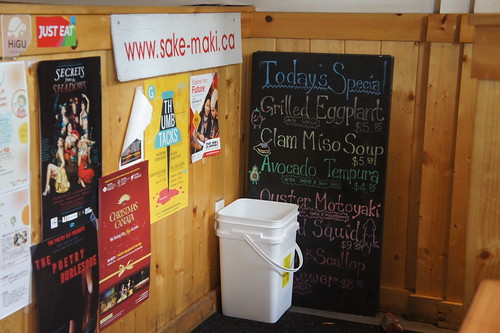 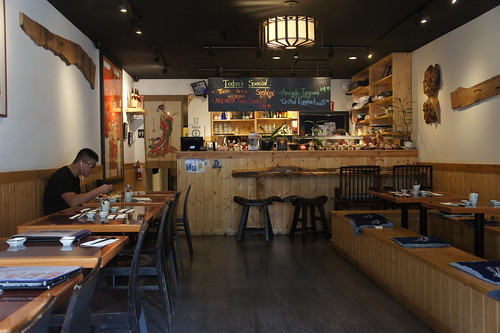 There’s a bunch of menus (lunch (1 and 2) and dinner specials/combos (1 and 2)). The main menu is is split into salad, appetizers, chef special rolls, sashimi, nigiri, roll/combo, tempura, udon/soba, ramen, yakiudon/soba, fried rice, teriyaki, donburi, chirashi and sushi combos. They have everything imaginable but specialize in nothing. 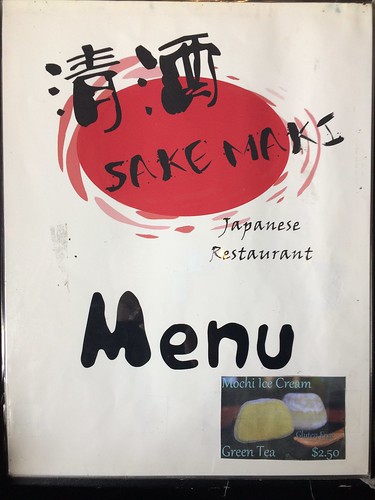 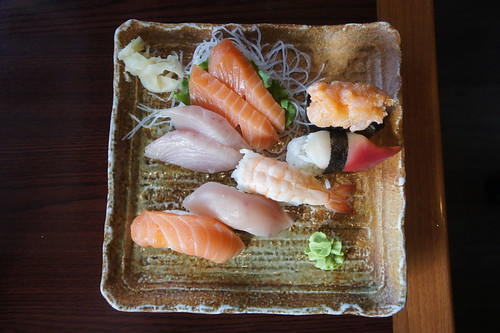 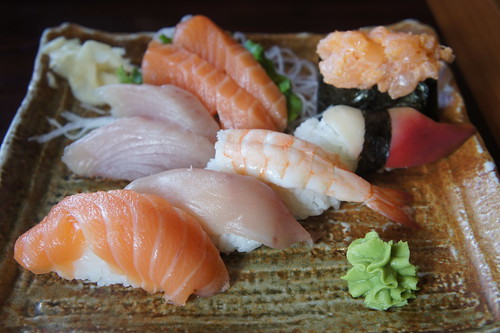 Sashimi was okay but clearly frozen. 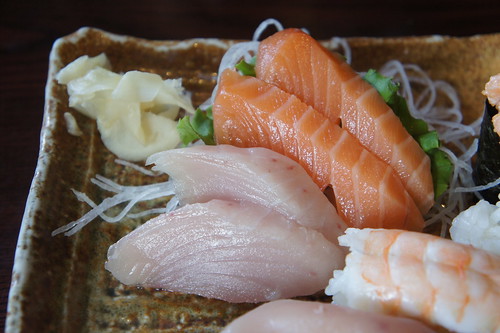 Nigiri had too much rice but that was to be expected. 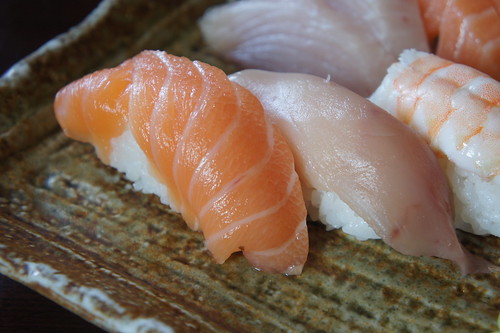 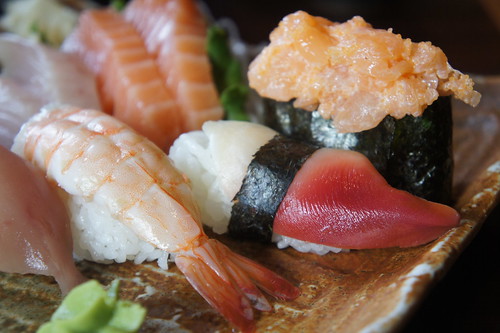 Chopped scallop was dreadful; we didn’t even finish it. 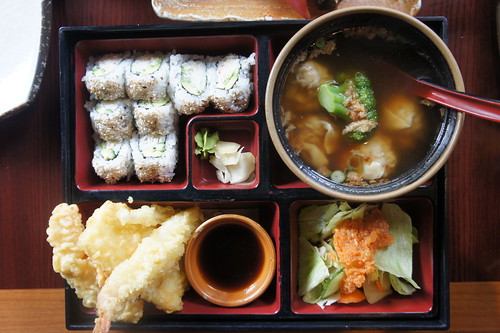 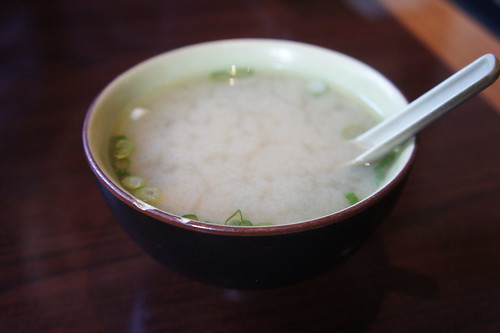 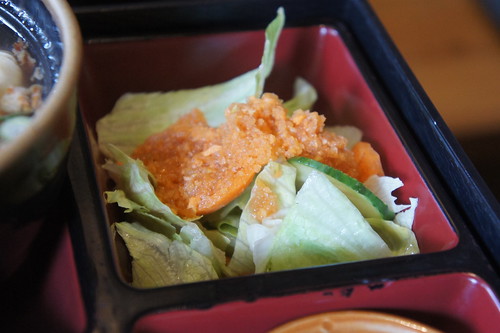 Assorted tempura (shrimp, kabocha, sweet potato and yam) was a thicker breading but was lightly fried. 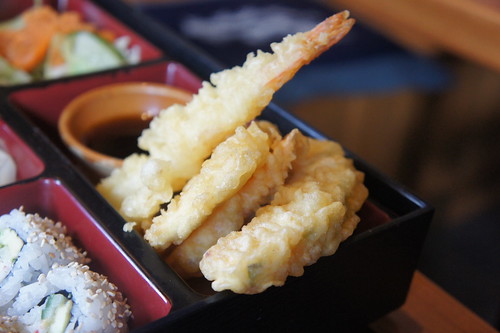 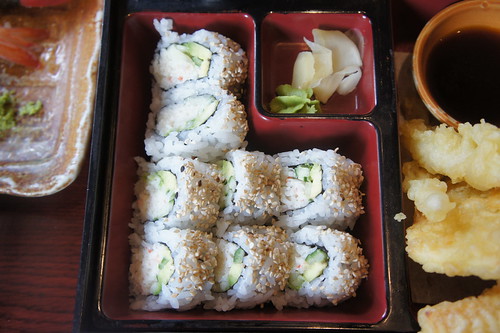 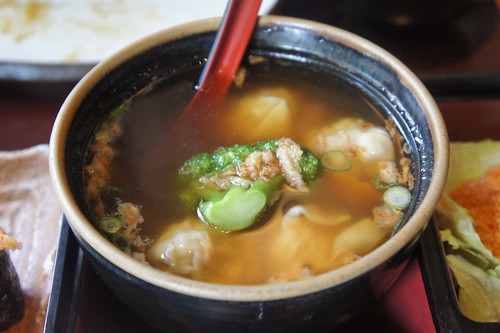 Broth was tasty and comes with four fat wontons. Saw these babies being made fresh in the kitchen. 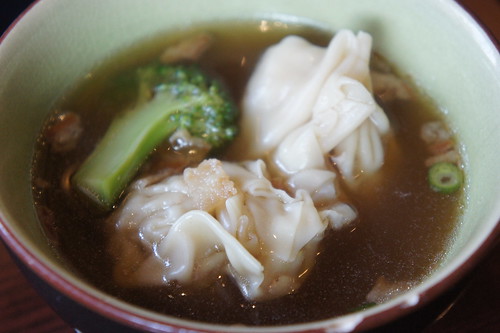