It’s been too long since we’ve had Indian food so we decided to try Tandoori Palace. They cook a mix of Indian and Pakistan food. You’ll find them next door to Tatsu Japanese Bistro. 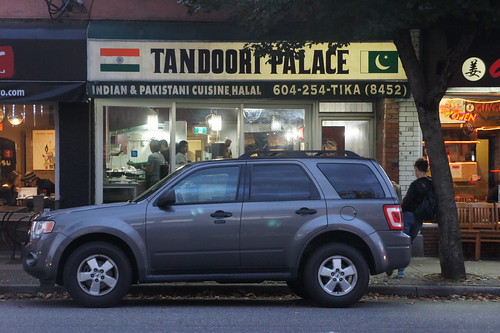 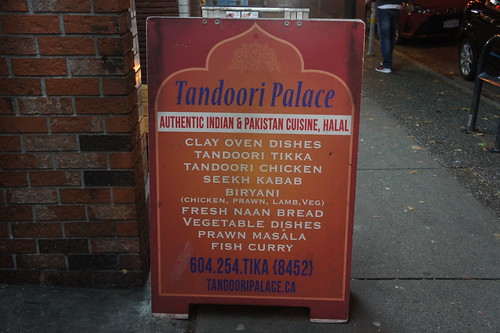 We dropped in on a Tuesday evening (around 6:30pm). A lot of people were getting takeout but there are a decent amount of seats inside. You order and pay first before sitting down. Water is self serve. 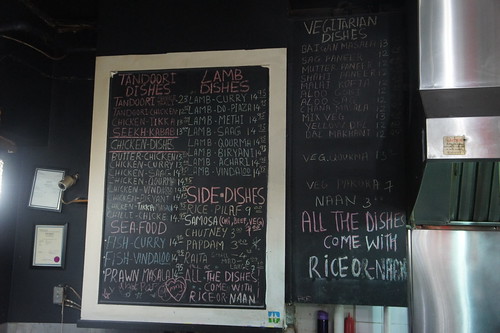 Menu is behind the counter; tandoori, chicken, seafood, lamb and vegetarian dishes. All dishes come with either basmati rice or naan. 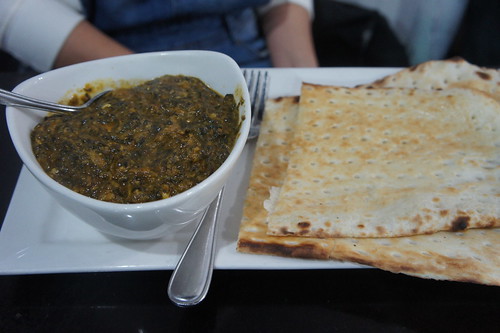 We went with the naan. Paneer was tasty but would have liked a little more. 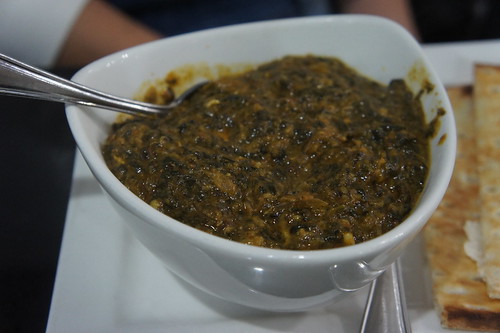 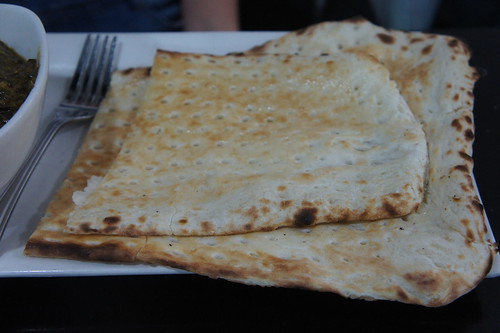 The spinach was more chunky, rough chopped than usual. Naan was standard fare. 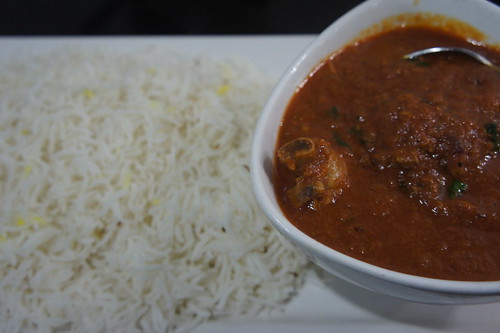 We opted for the basmati rice. This was the winner between the two dishes. 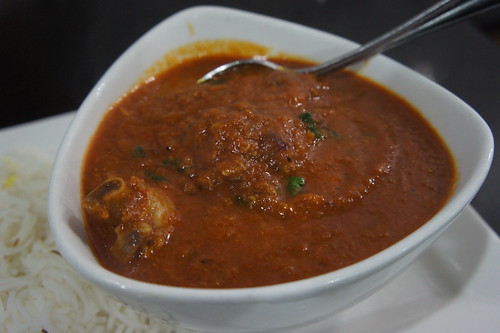 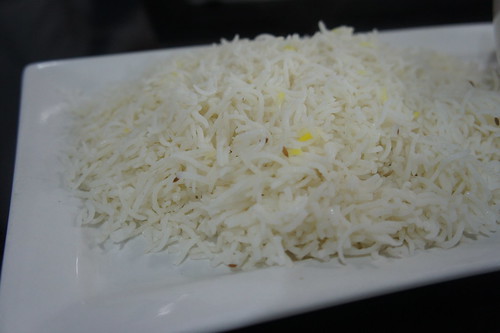 Good amount of chicken (bone-in) and sauce had a surprising, underlying, unexpected heat to it.