First evening in town so we decided to check out Brileys BBQ & Grill for dinner. It’s been awhile since we’ve had BBQ and you can’t really go wrong in the States. 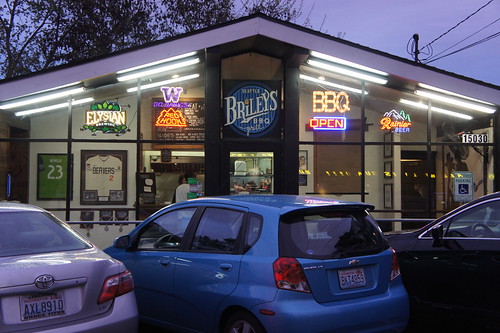 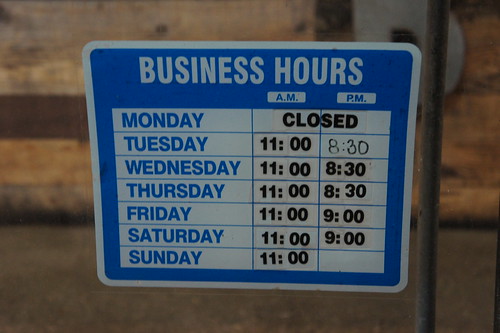 We dropped in on a Friday evening (around 8:00pm). The place was busy inside; it’s communal, seat yourself style. Two TV’s on were playing a Mariners baseball game. Service is friendly and hospitable. The two girls working the floor came by several times to check up on us even though it’s more of an order at the counter and sit yourself type of place.

The menu is split into sandwiches, BBQ meats and dessert. 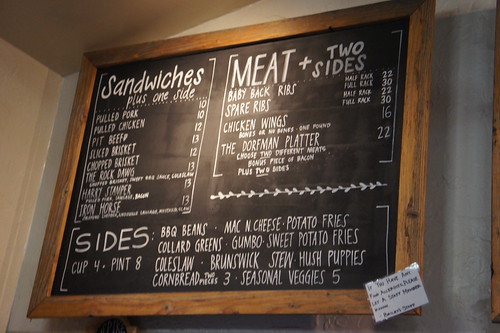 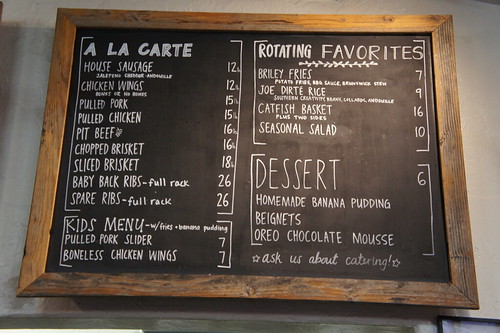 There’s also a drink menu (beers, cider and wine) and a few specials. 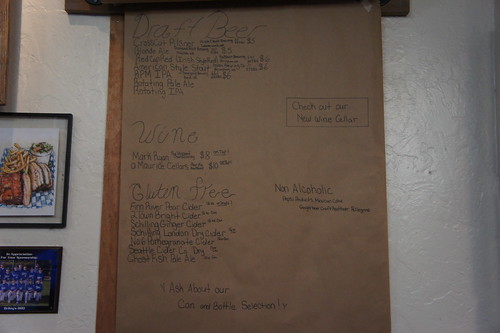 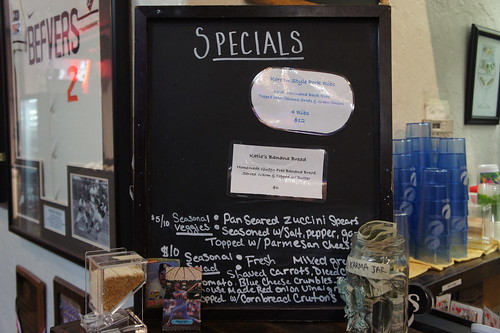 Closeup of their beer and cider on tap. 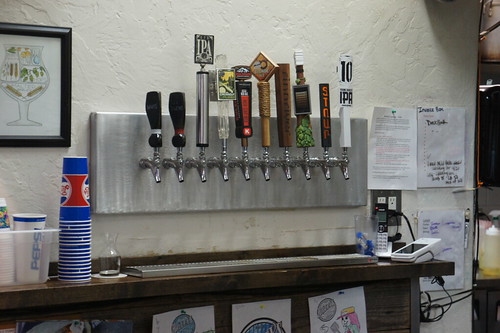 Interesting that they have their own retail wine cellar and craft beer area. 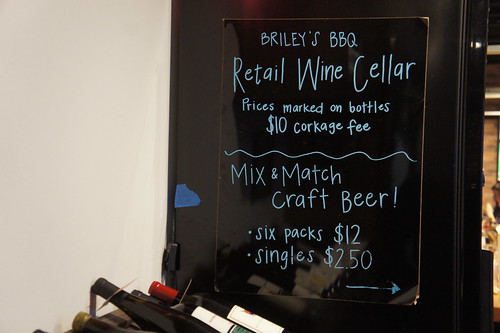 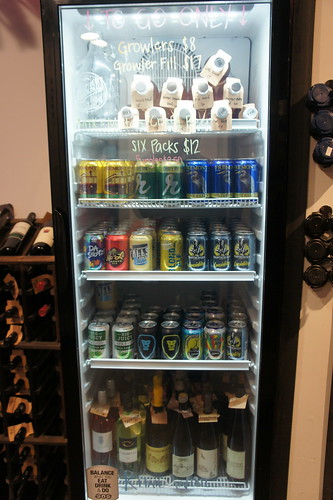 Wish we had seen the poster where you can get FREE beignets if you post on Yelp! 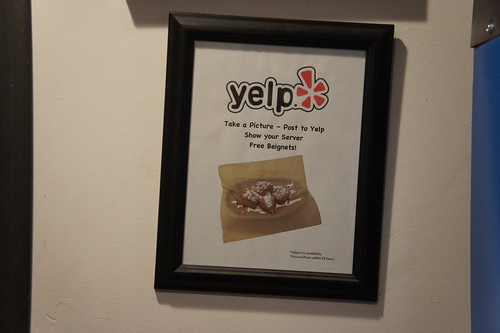 A couple different sauces on the tables. Spicy was the best one. 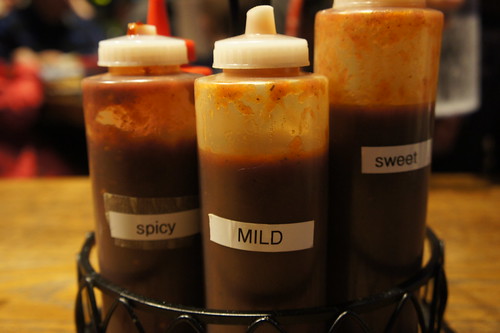 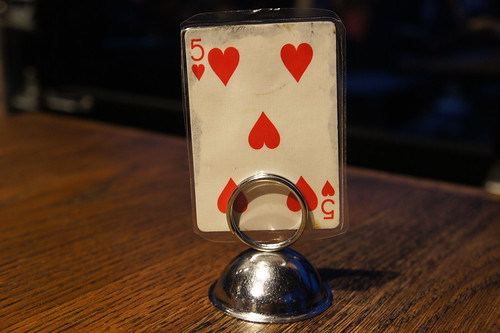 We got the five of hearts as our order number. 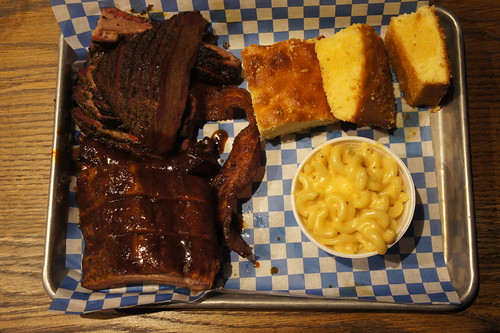 Two meats and two sides. We went with the baby back ribs, brisket, mac n cheese and corn bread. The amount of brisket we got was endless, four pieces of ribs and three corn breads. 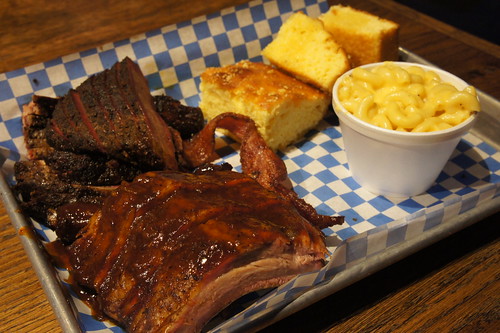 Brisket was solid although it needed to be dipped in the sauces. 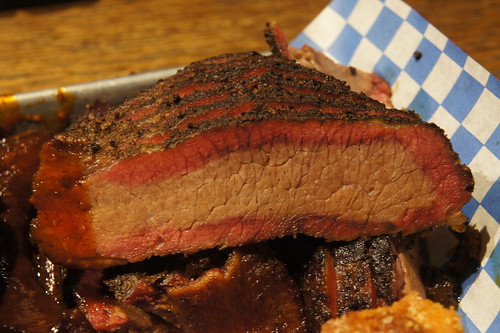 Baby back ribs were tender but a little fatty. 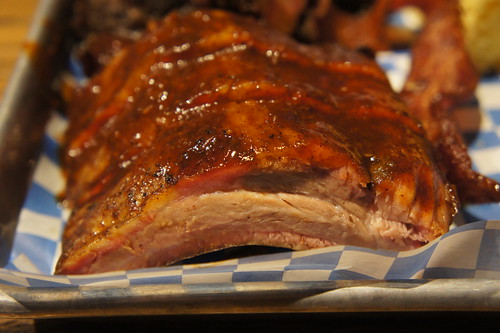 We had a piece of bacon in our platter which was unexpected but satisfying. 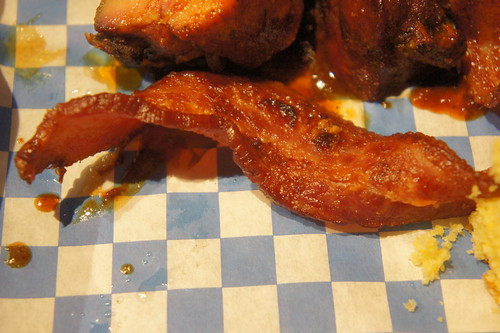 Corn bread was slightly dry and crumbly. Not our favourite. 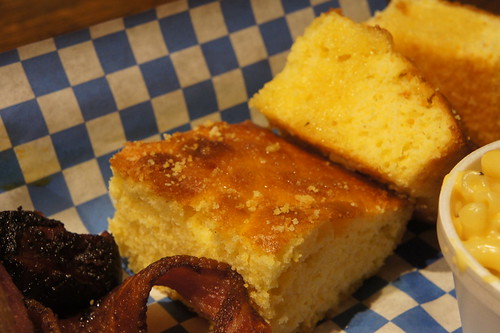 Mac n cheese was satisfying. I’m probably the only person that would say this but which they’d give us less meat and a third side instead. 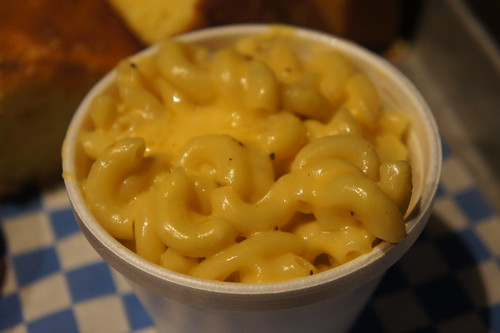 Really wish we could have tried the collard greens or seasonal vegetables side. 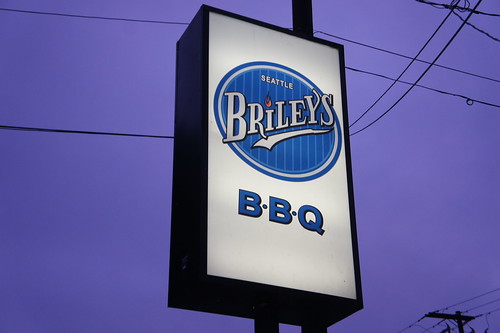 Solid spot to get your BBQ on in a very friendly, laid back spot.