Every time we come down for a visit, we have to try a Mexican spot. Taqueria El Sabor was close by to our hotel so we decided to check them out. It’s close to Pho Tan Brothers. They have two other locations (Kent and Tacoma). 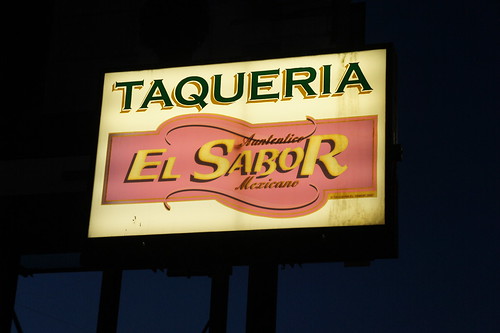 We dropped in on a Saturday evening (around 8:30pm). It was busy and filled with a lot of Mexican families; always a good sign! Hilarious that this used to be an old Taco Bell. The inside is small but there’s about 10 tables/booths. 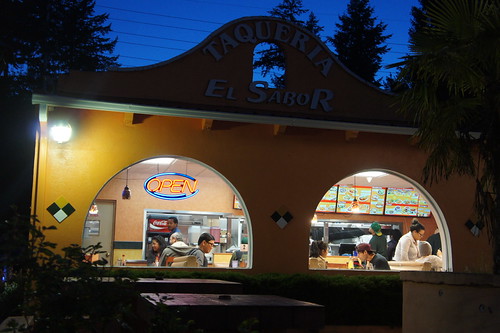 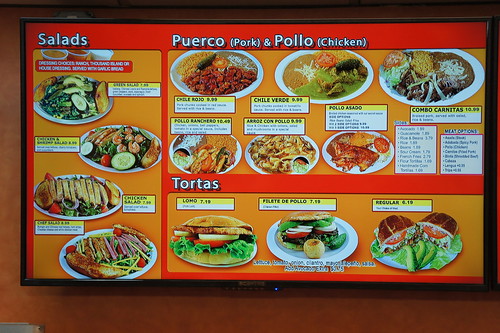 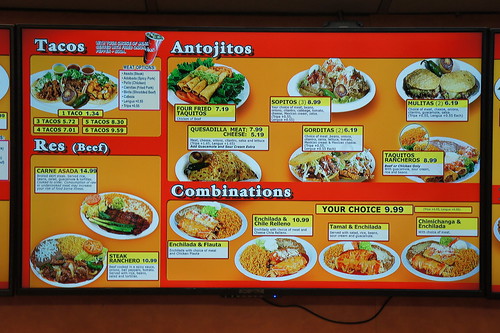 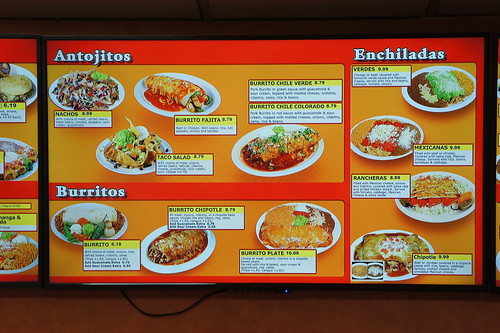 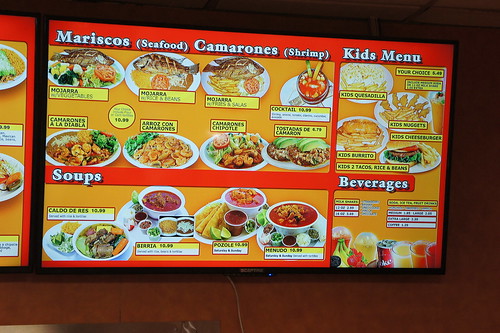 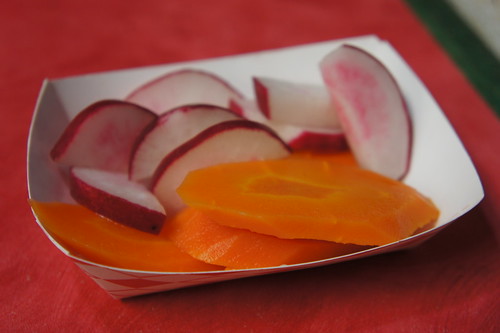 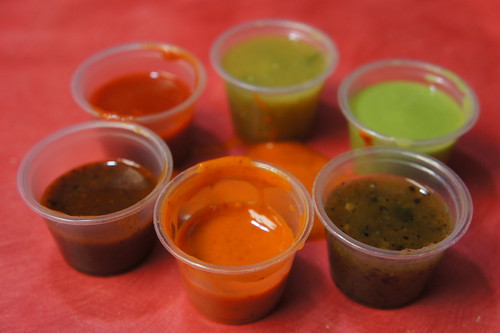 We tried all the sauces. Our two favourites were the tomatillo and garlic red chili sauce. Tasty with a slight kick. 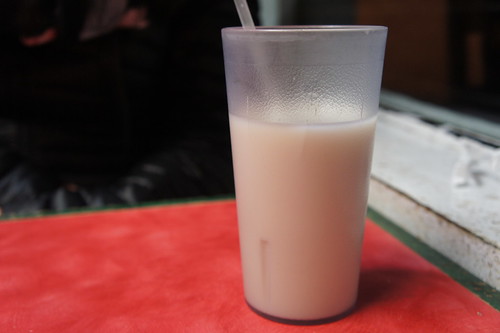 It’s unlimited refills! We actually tried a bit of tamarindo and jamaica but the horchata was the winner. Light cinnamon flavour. 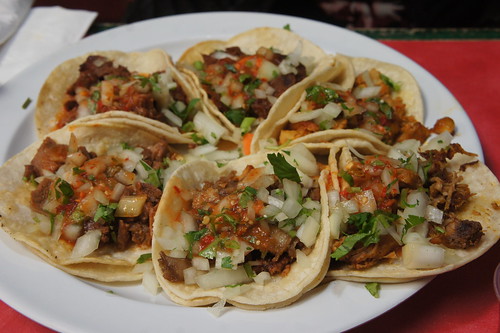 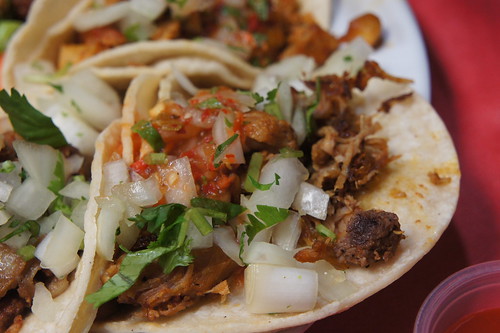 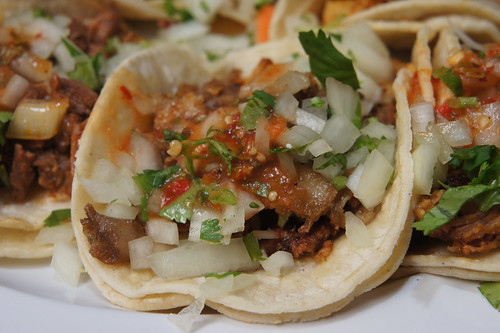 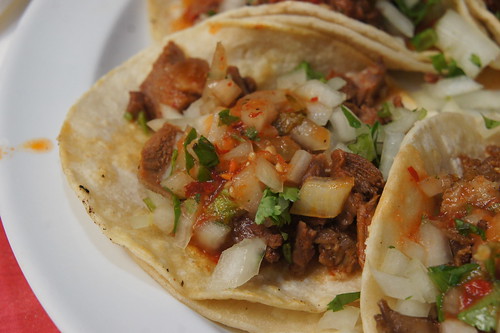 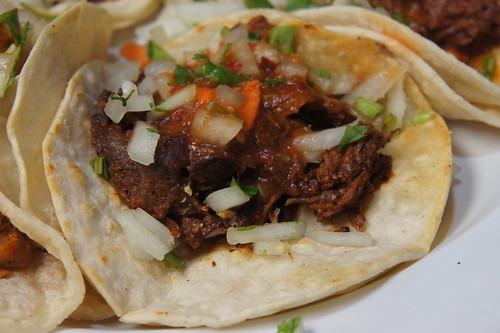 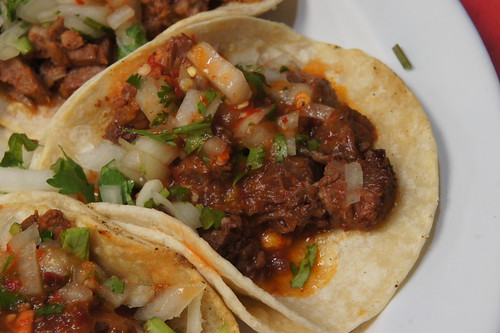 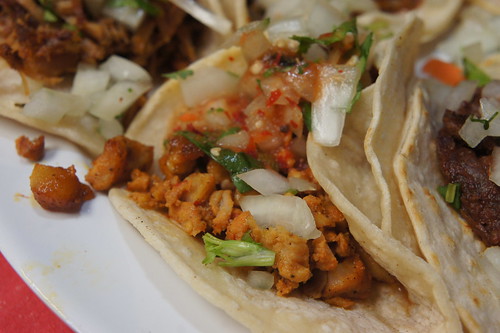 Lengua and asada were the winners; both were super tender and juicy. Pollo was unfortunately salty. Tripe was fatty and reminded me of crackling. 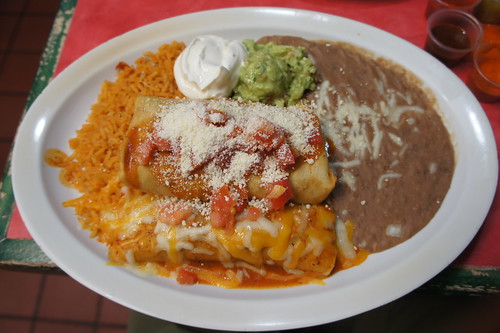 This is one of their combinations. We opted for the asada for our enchilada and adobada for the chimichanga. 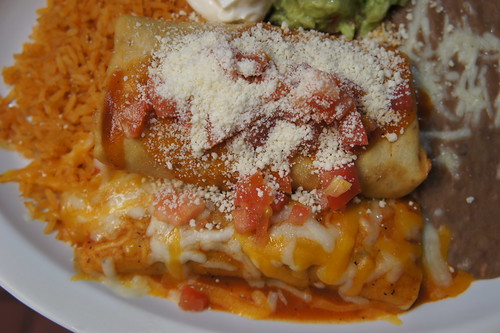 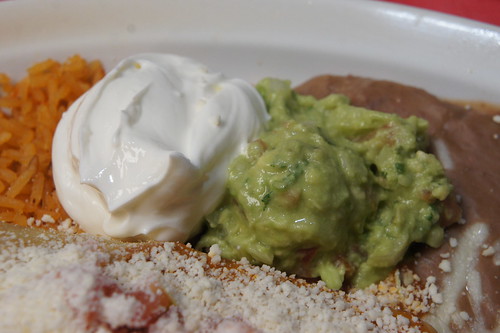 Enchilada was solid and topped with melted cheese. Chimichanga was massive. Overall, tasty and filling.

Definitely would come back for more Mexican eats. TES is cheap, quick and open late.