B saw that Menya Raizo was celebrating their 1 year anniversary with 50% off ramen so we decided to try them out. Didn’t realize that they’re run by the same owners as Zakkushi and Ramen Raijin. MR is close to La Taqueria Pinche Taco Shop, Sushi California and Heritage Asian Eatery. 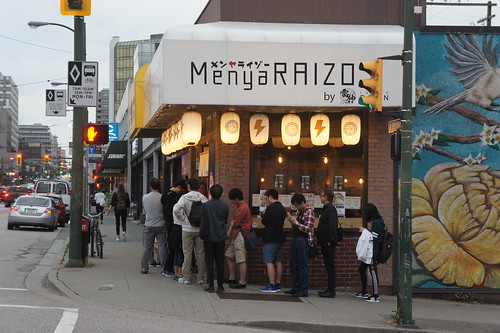 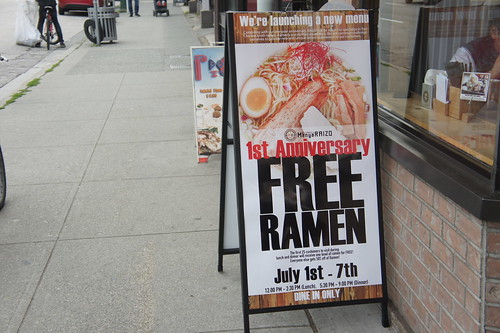 Card payment only. Same as at Zakkushi. 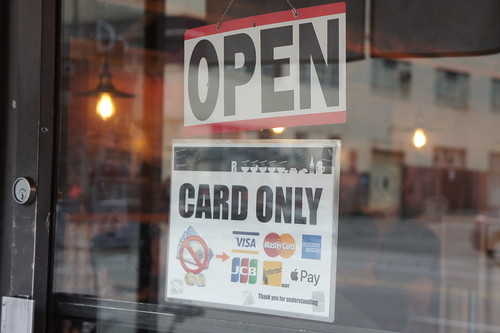 We dropped in on a Thursday evening (around 6:45pm) and there was a massive line. We ended up waiting an hour to get in. The wait would have been quicker and more bearable if the staff were on top of the line outside and seating people properly. They weren’t so free tables remained empty for long periods of time. No Japanese efficiency here. Service is friendly inside although you’ll need to flag them down to order and get your bill.

The menu consists of 8 ramen options along with a couple appetizers. 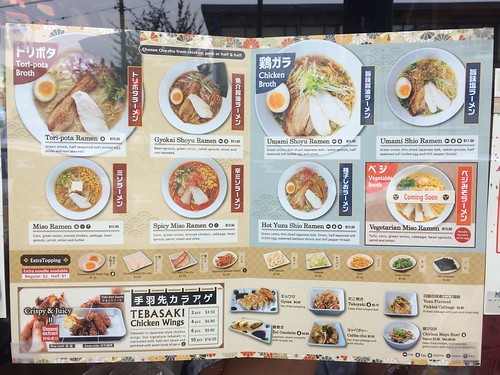 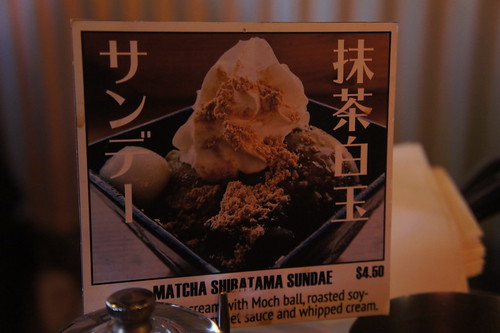 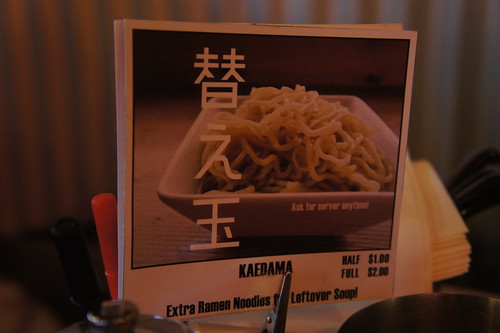 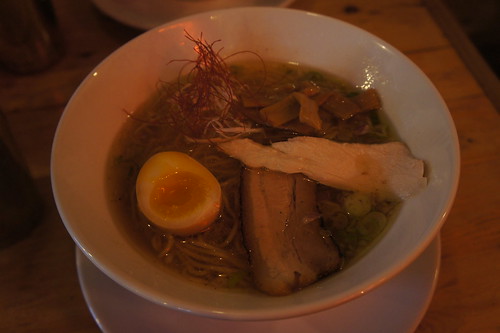 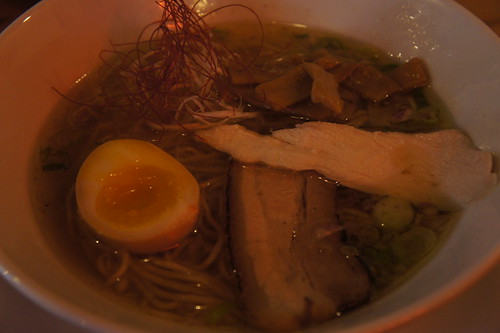 This was the better of the two broths; light, refreshing and you could actually taste the yuzu. Can’t say I’ve seen this anywhere else besides Afuri (a location is excitingly opening up in Richmond). 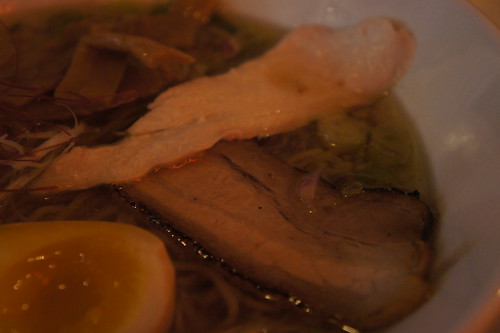 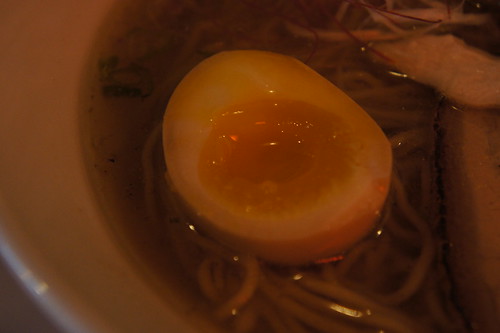 Both types of chashu were tender and flavourful. Liked all the toppings and the egg was solid. 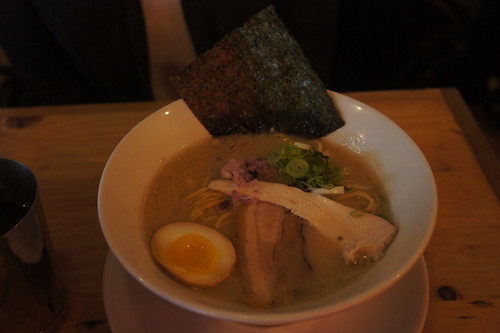 Green onion, half seasoned soft boiled egg, onion and nori seaweed. We opted for half and half again and asked for firm noodles. Thin noodles had a good bite but didn’t satisfy me. 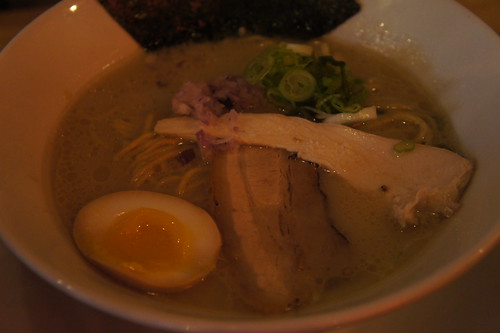 Chicken broth is made up of 5 kinds of vegetables, kelp, dried shiitake mushrooms and Japanese soup stock extracted from green tea leaves. Nice that it wasn’t salty, decent depth but I didn’t want to drink every last drop. 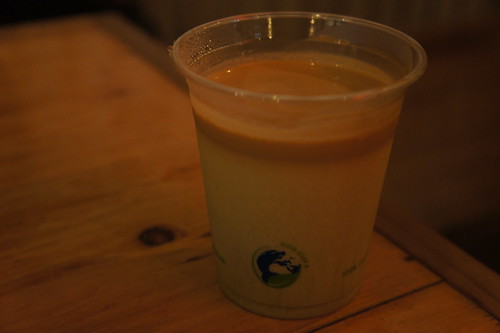 Didn’t realize that they only discounted one of our puddings. Lame. Matcha was slightly bitter but the kuromitsu (brown sugar syrup) took away from the matcha flavour. 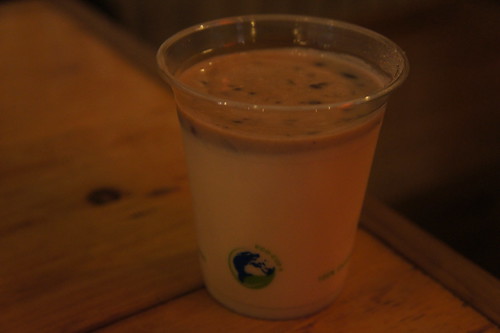 Decent ramen but definitely not worth the wait.