We were surprised to find a cutlet/katsu existed in downtown Kamloops. Jacob’s Noodle & Cutlet does a mix of Japanese and Korean eats. 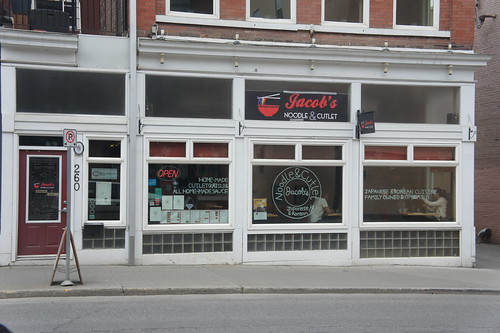 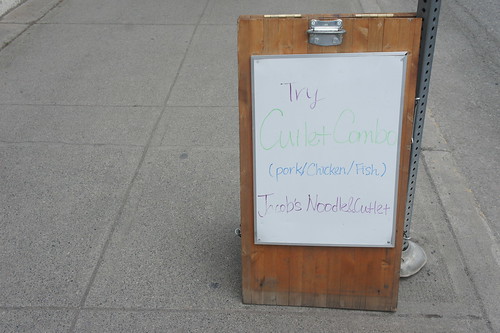 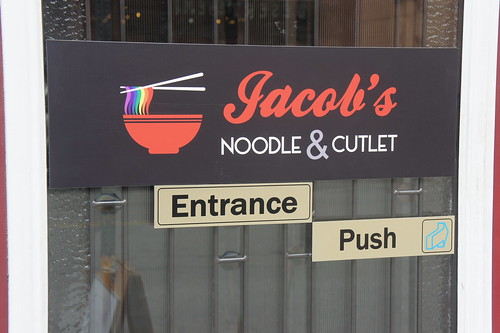 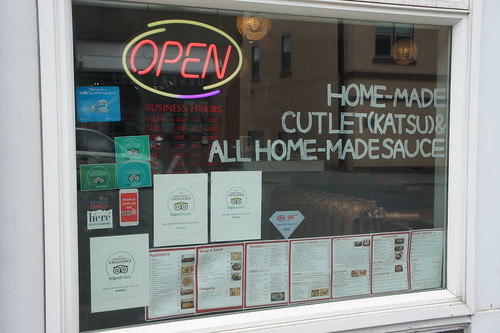 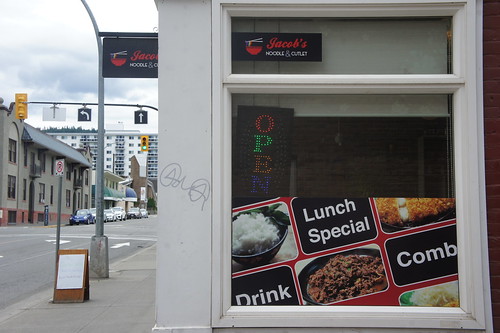 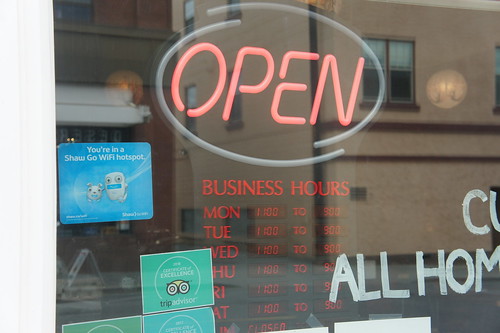 We dropped in on an early Monday for lunch (11:00am). We were the only ones there till a few more parties began to trickle in around noon. Service is friendly and attentive. 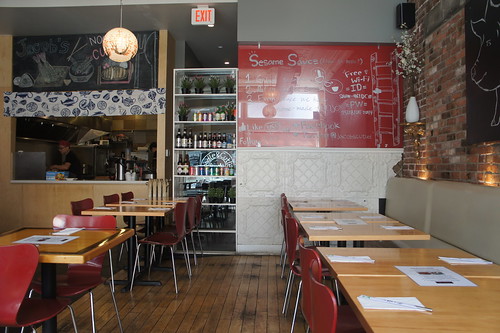 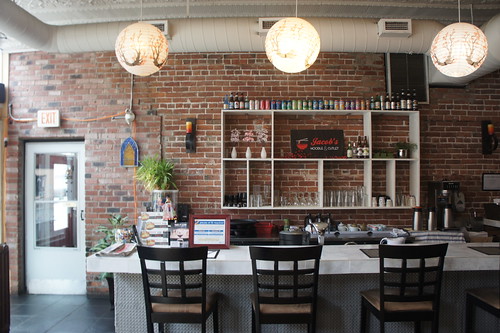 Menu is split into appetizers, soup & salad, tempura, donburi, udon, yakiudon & yakisoba, teriyaki, ramyun, cutlet/katsu, combos, Korean food (bulgogi, bibimbap and sundubu) and lunch/dinner specials. So many options but really, you should focus on the cutlet/katsu. 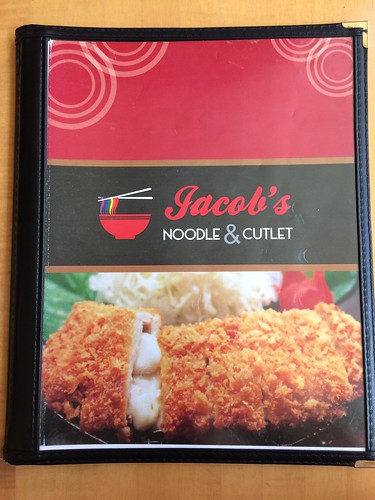 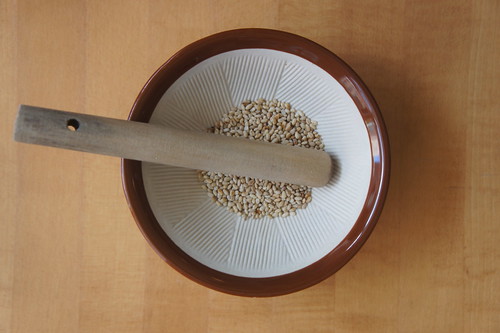 You get to grind your own sesame seeds at the table. 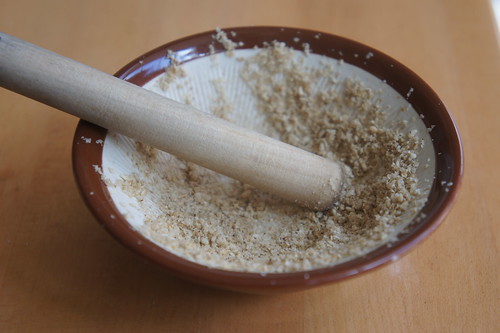 Make sure to grind it up real good. 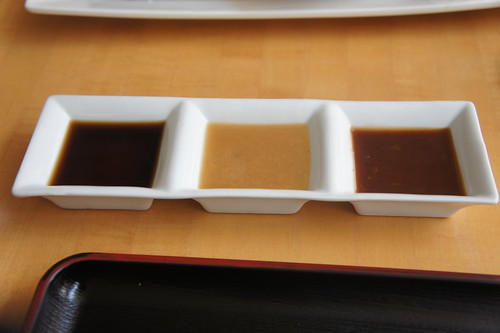 Our dishes also came with two katsu sauces and a tempura dipping sauce. 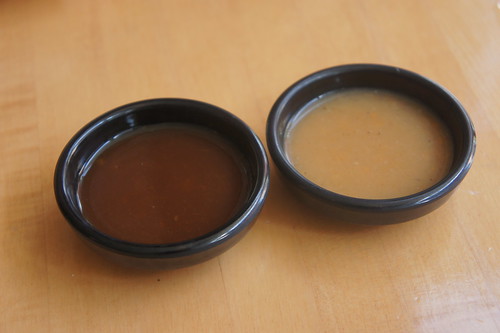 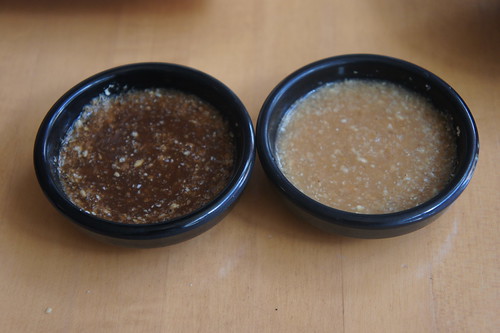 Before and after pic. Definitely liked the sauce on the left more. 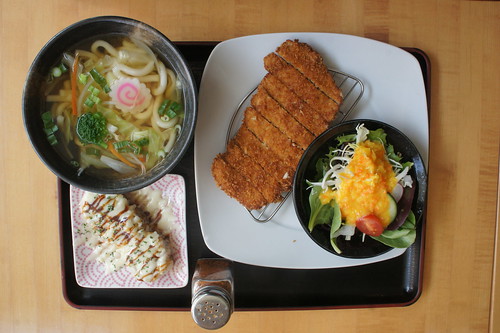 Deep fried pork cutlet, veggie udon and cheese don roll. It also came with a side salad topped with a potato coleslaw. 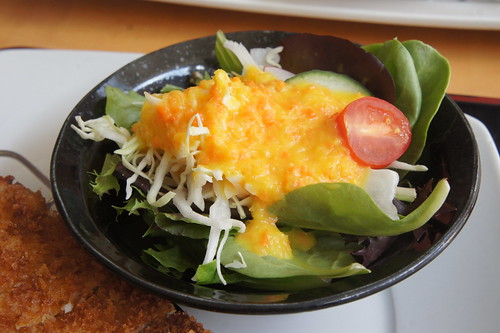 Pork cutlet was excellently breaded but it was a touch overcooked. 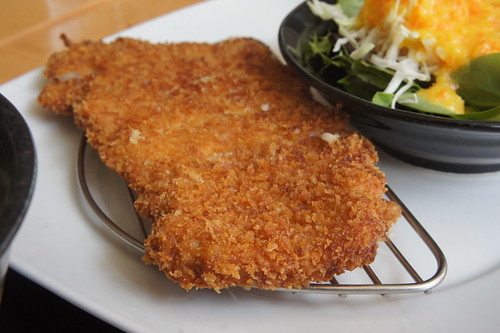 That unfortunately resulted in a dry bite which even the sauces couldn’t save. Veggie udon broth was clean but bland. Never seen bean sprouts in an udon before. 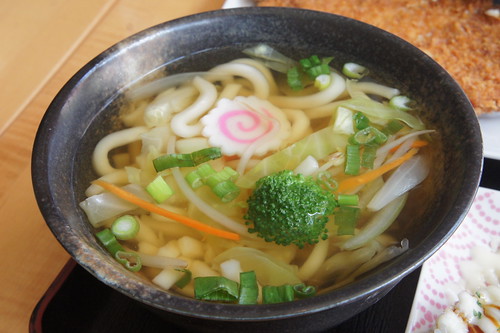 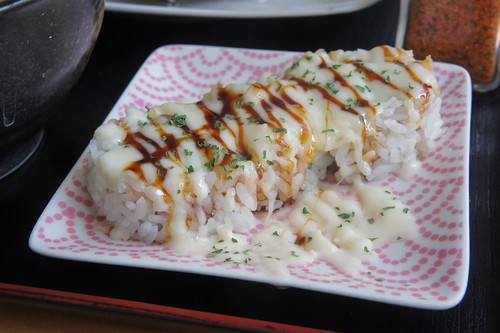 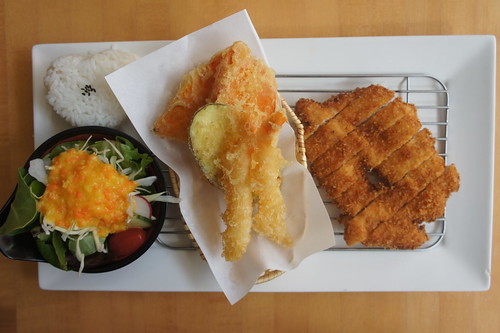 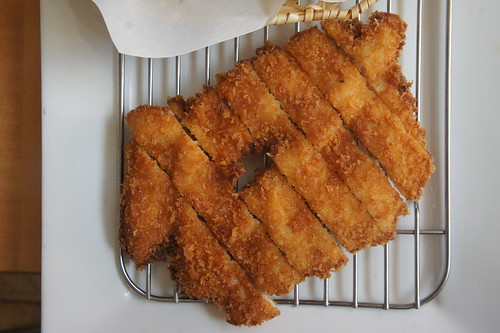 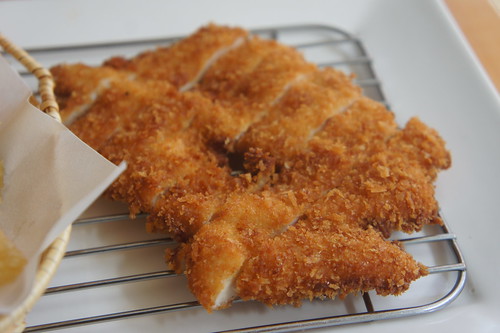 Chicken cutlet was again excellently breaded but this time the meat was juicy. Get this over the pork cutlet. Nice touch with fresh green onions in the miso soup. 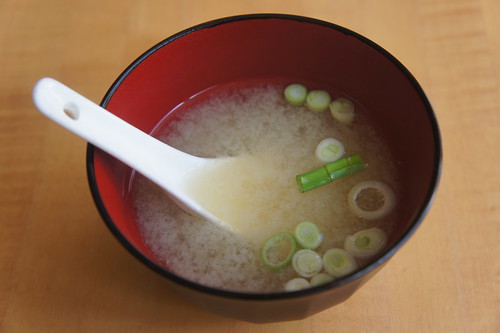 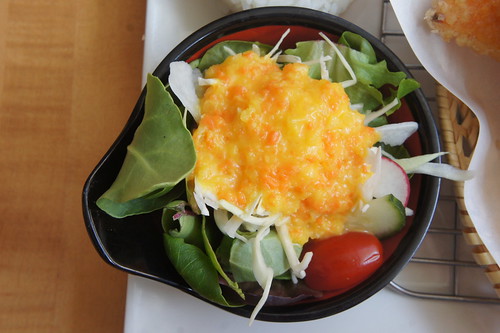 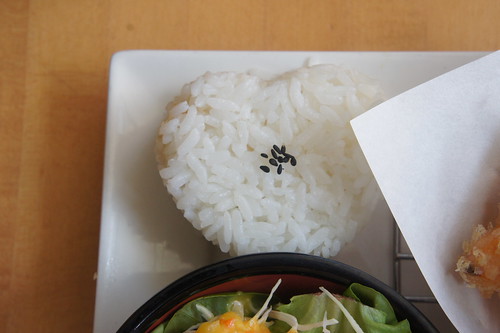 The five pieces of tempura consisted of two shrimp, two yam and a zucchini. 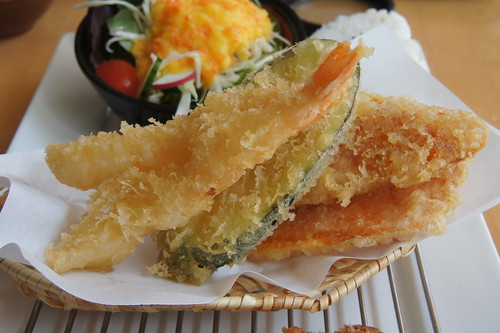 Lightly battered and not too oily. 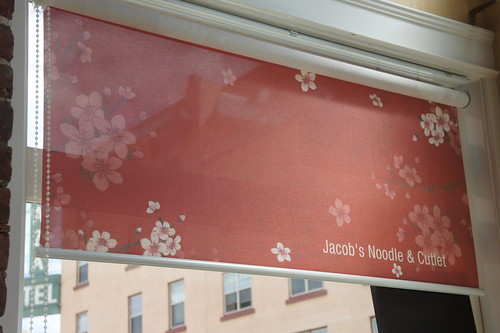 Decent find for katsu/cutlets at JNC.