Every time we come down to the States means getting our Mexican on. This time it was to try Taqueria Tecalitlan. They’re next door to Niener Niener Wiener. They also have a food truck that’s in the same area/neighbourhood. 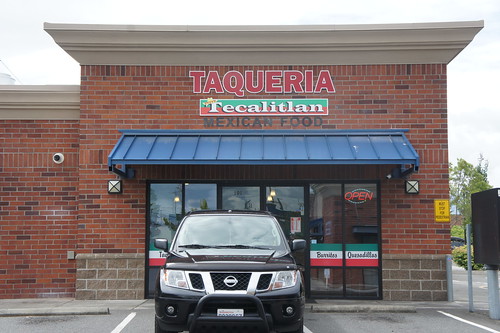 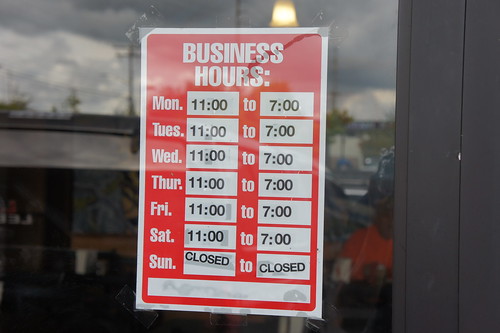 We dropped in on a Friday (around 11:00am) and were the first customers. Busy, popular spot with what seems like several regulars. The inside has room for about 32 people (6 tables and high chair seats to people). They were playing Spanish pop music on the TV’s. 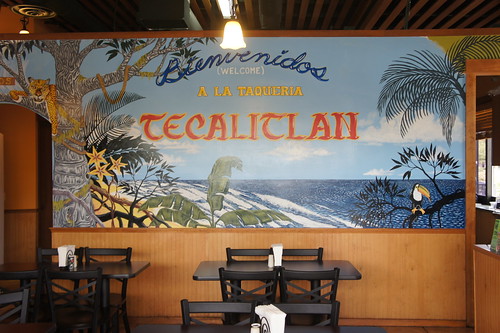 The menu is small but there’s about 10 items to choose from. 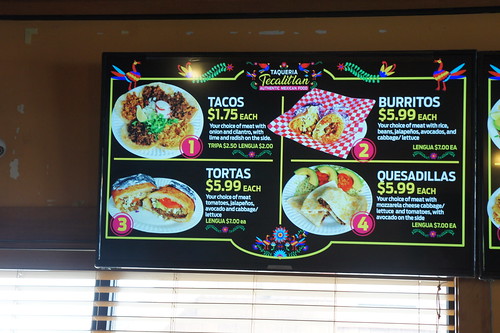 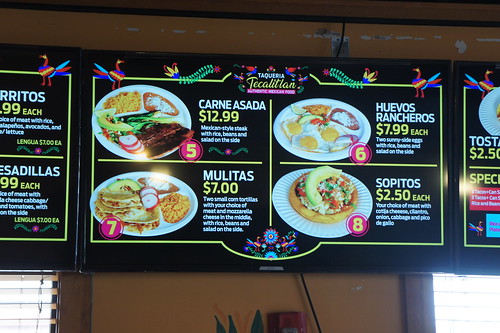 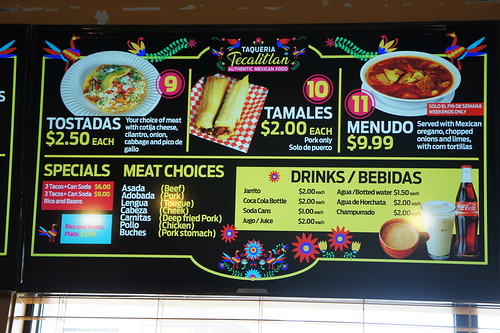 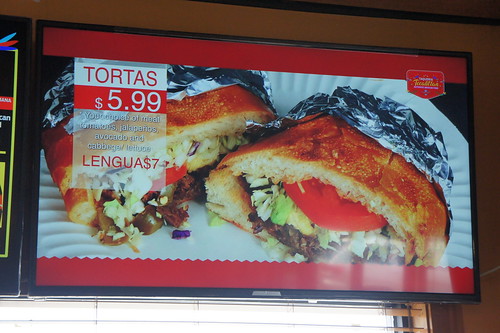 You choose the type of meat you want for most of their options. 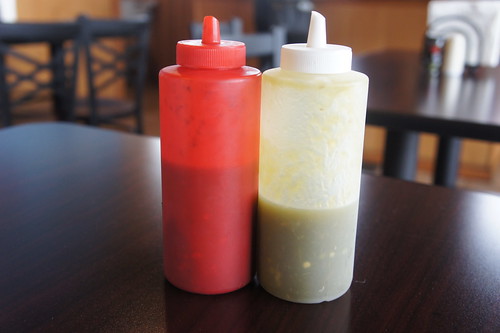 They bring out two sauces to the table. A red and green (which had a solid but subtle kick to it). 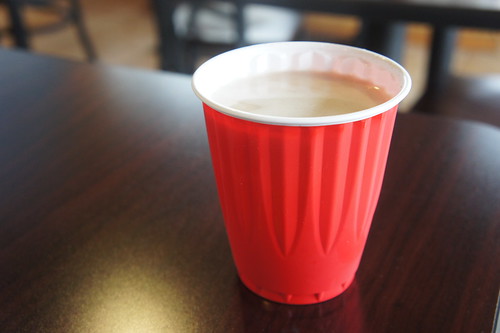 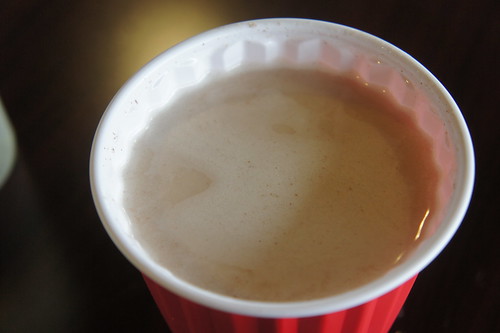 I wanted to get a second cup. 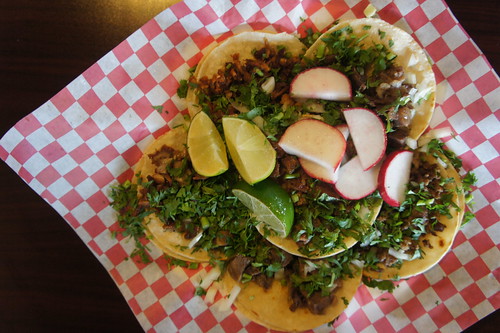 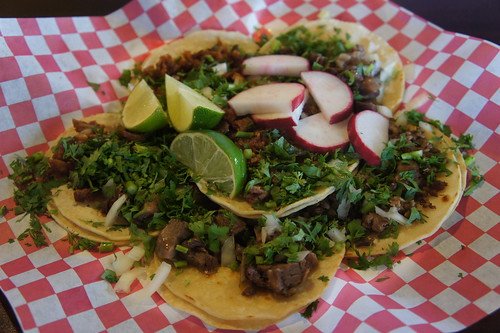 The best was the tripea (flavourful, fatty and tender) and lengua. Cabeza and buches were also delightful with a satisfyingly crunchy texture. Least favourite was the asada; slightly dry and not much flavour going on. 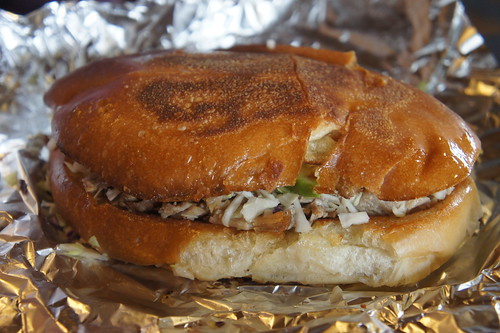 We opted for carnitas (deep fried pork) with tomatoes, jalapeños, avocado and cabbage. The sandwich is massive; almost as big as your face. Slightly toasted but could have been even more so. 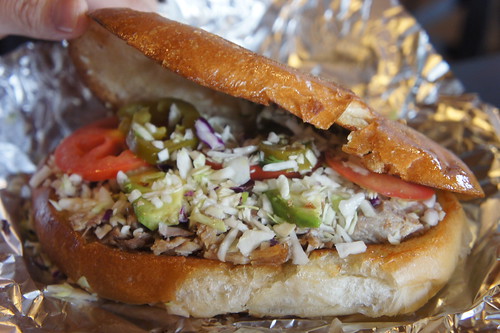 The carnitas was moist and flavourful. Really liked the pickled jalapeños but wish they added more avocado. 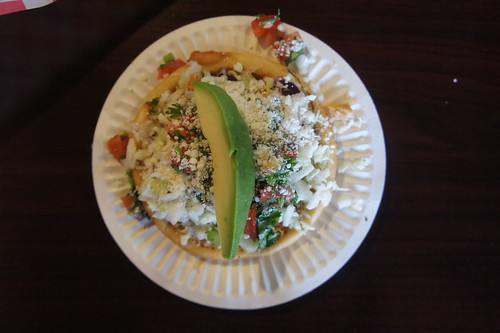 We opted for pollo (chicken) with cotija cheese, cilantro, onion, cabbage and pico de gallo. Pollo was enjoyable and the sopito itself had a good texture. 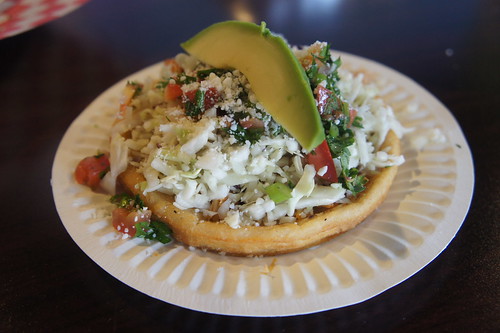 Another solid Mexican spot with good prices and eats. Would come back to TT for their other dishes.