We were looking for a little something different to eat and I stumbled upon Tenen in my search. It’s an Eastern Europe restaurant, which specializes in Balkan cuisine. I think it’s mainly Serbian dishes but there seems to be some Russian influence too. 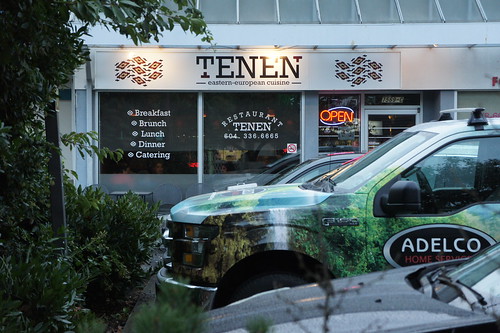 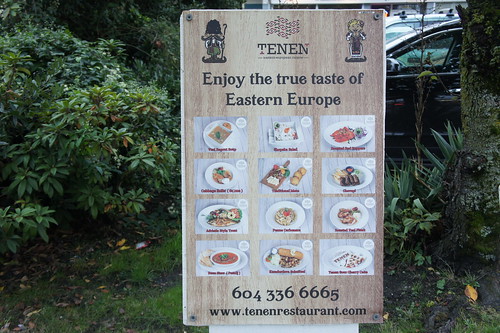 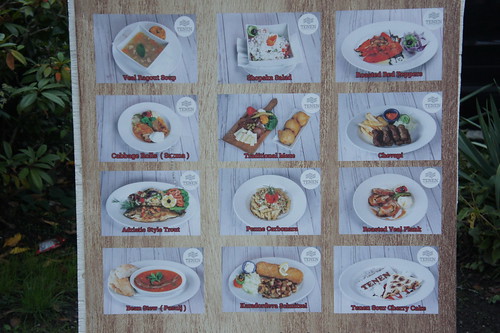 Like how you can even see the menu too. 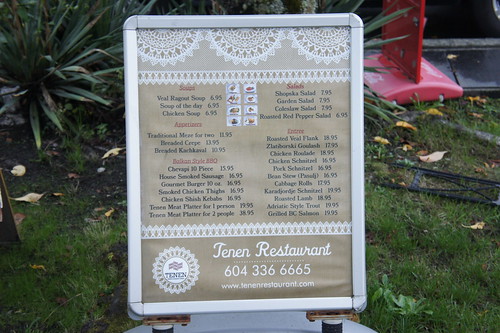 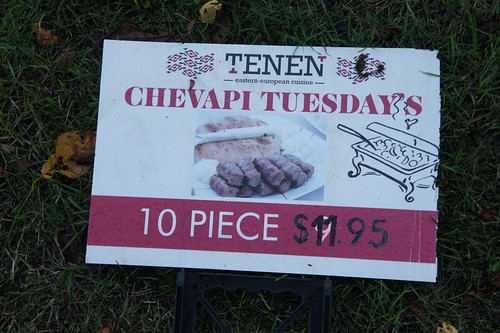 We made reservations for a Saturday evening (7:00pm) and luckily we did because it was busy. It got even busier at night because there was a live band that started playing at 9:15pm! No idea if this is a weekend thing but it was fun and lively. Everyone seemed to know each other and all the songs the bands were singing. 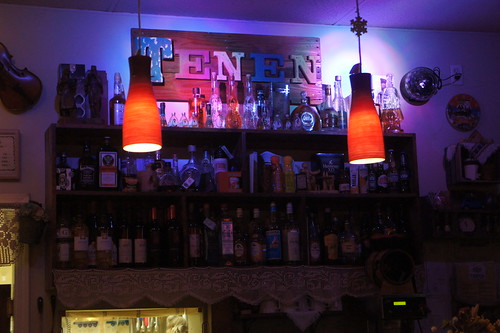 The inside is small but warm and inviting. There’s room for about 35 people. Staff were friendly and our waitress was both patient and sweet. 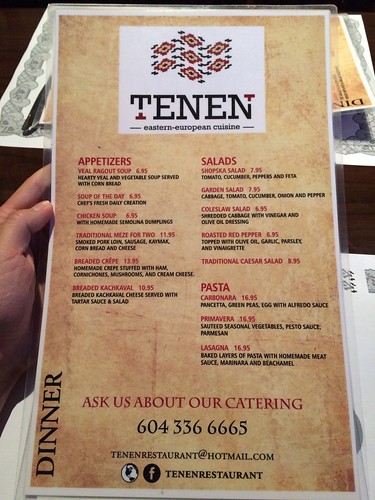 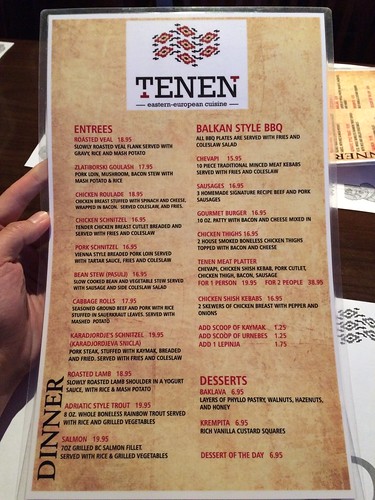 There’s also a few daily specials to round things out. 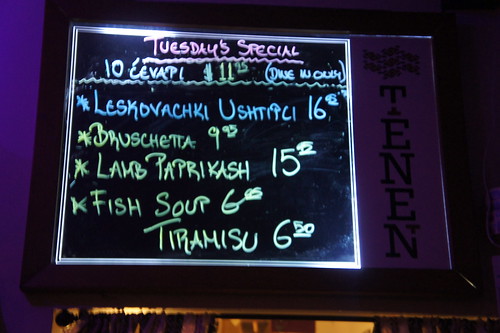 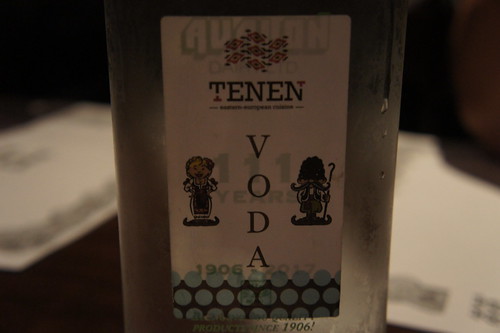 Some fancy water for the table too. 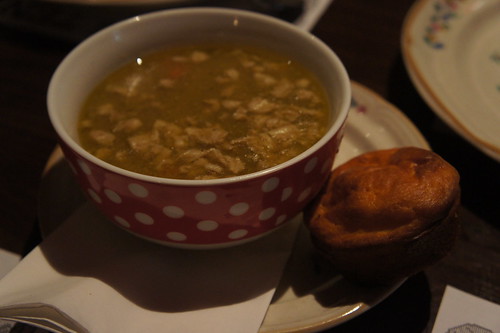 Hearty veal and vegetable soup served with corn bread. It also came with two pieces of their homemade bread (lepina). 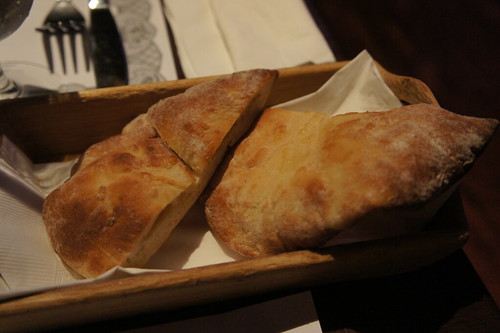 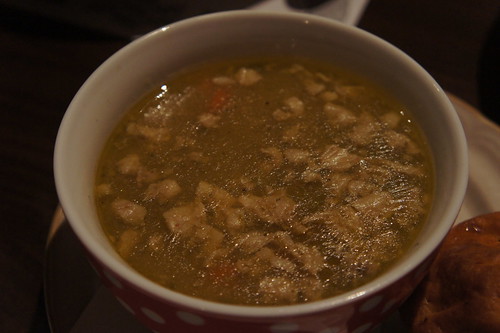 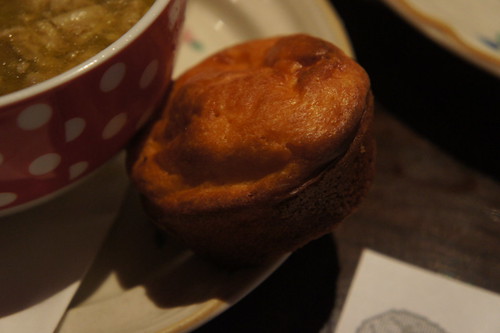 Hearty flavour and the bread had a satisfying, chewy bite. 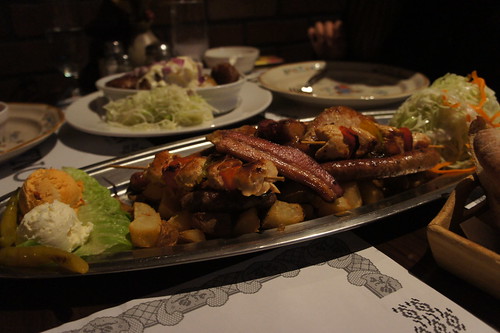 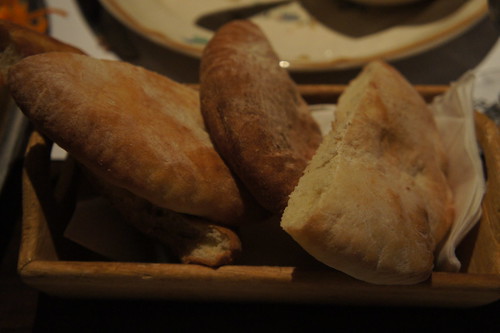 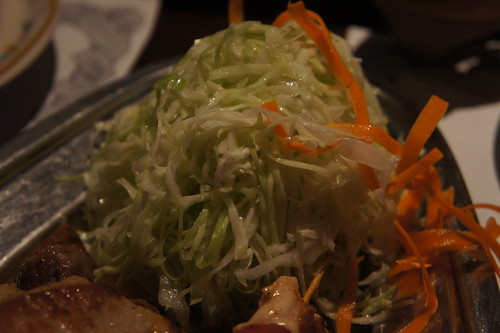 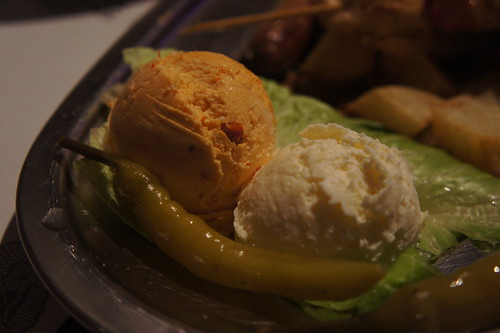 The chevapi, chicken thigh and sausage were all tender and bursting with flavour. Unfortunately, the pork cutlet was dry and overcooked. 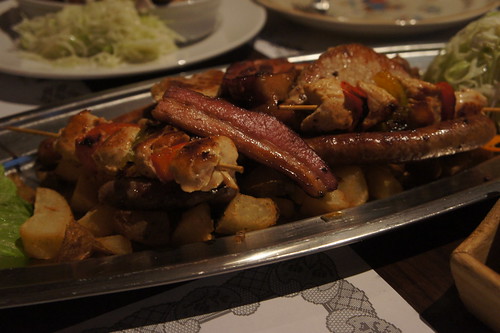 Same for the bacon and chicken shish kebab, although to a lesser extent. 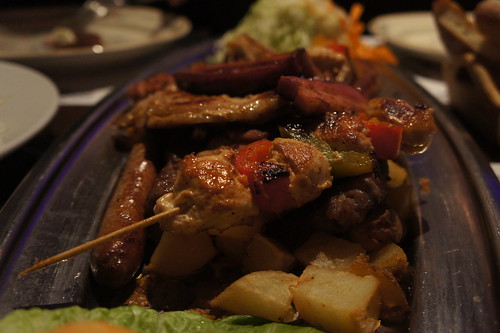 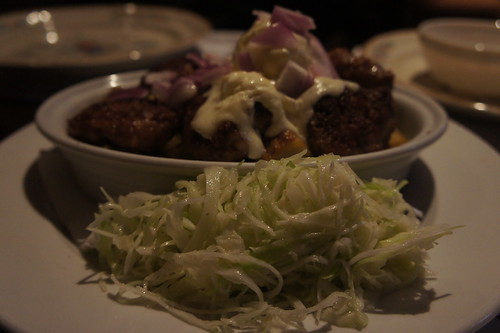 This was one of their specials. Beef and pork meat with melted cheese topped with red onion, over roasted potatoes and coleslaw. The meat was fantastic. The texture was spot on but the taste reminded me of seafood for some reason. Delicious! 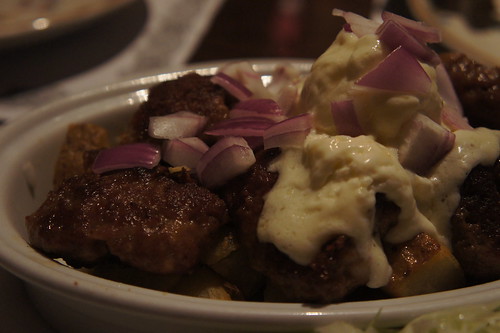 Definitely would come back to try their karadjordjeva snicla (their house speciality), which was sold out, along with a few other Balkan specialties.

Always down to try a new(ish) Persian spot. Tried out Sadra Restaurant and shared their platter for 4 ($87.99); 3 koobieh, 1 barg, 2 chicken skewers, 4 lamb chops and 4 servings of rice. Platter also came with charred tomatoes and a small side of onion parsley.
Follow CHERRY BOB-OMBS on WordPress.com
%d bloggers like this: