Our second and last winery was at Kalala Organic Vineyards. 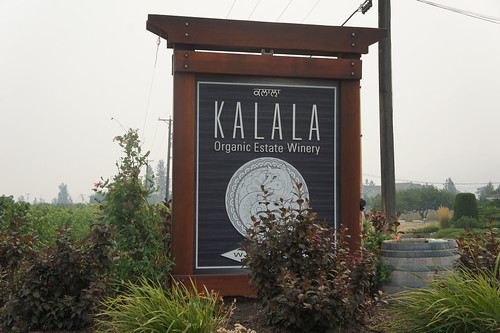 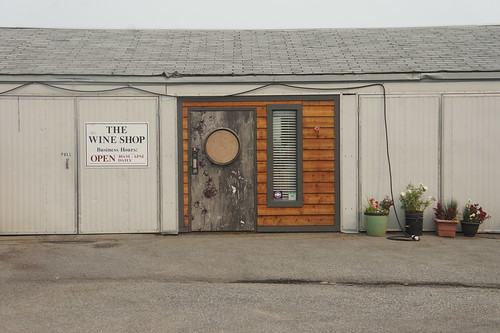 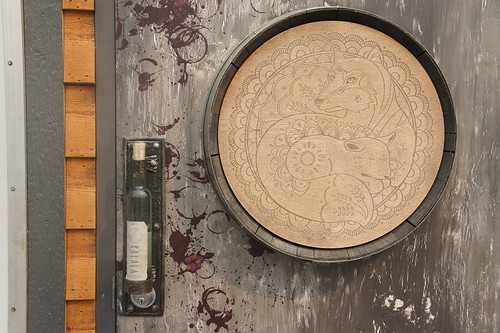 Calm, serene area to sit outside and enjoy the outdoors. 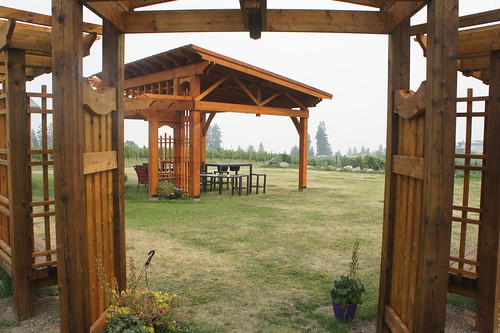 We dropped in on a Saturday afternoon (around 3:00pm). There was only one other lady that stepped foot in Kalala while we were there. They had some merchandise, homemade jams and a few 2015 vintage bottles on sale. 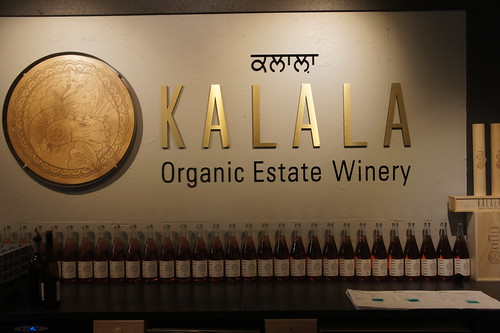 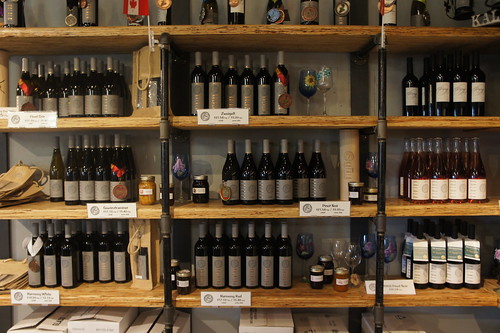 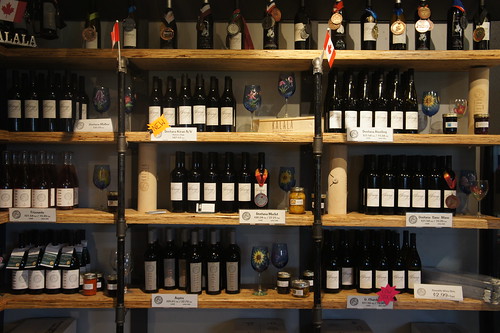 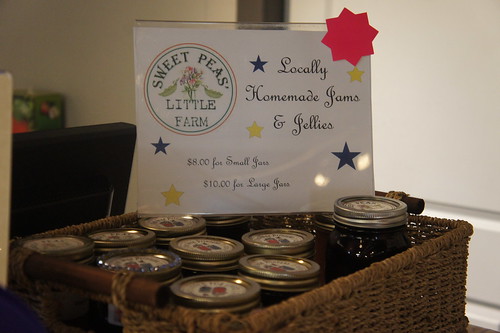 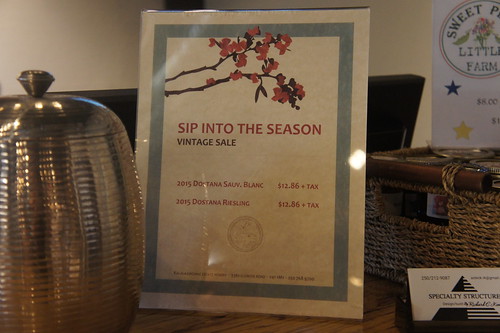 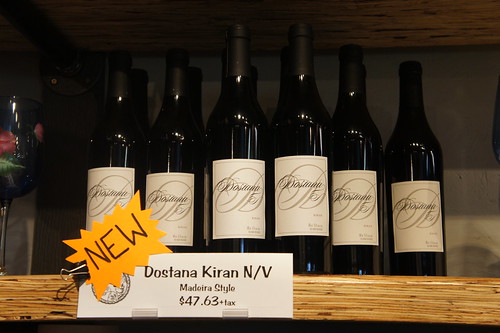 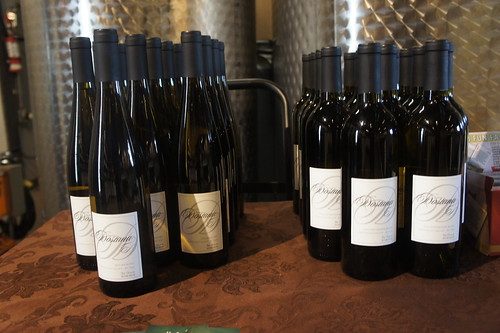 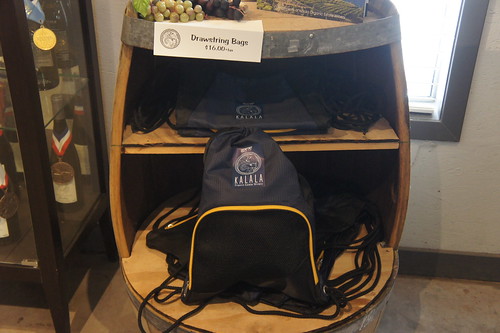 Wine tastings are $3.00 for four samples. They also have ice wines but those were $3.00/sample. Pricey! 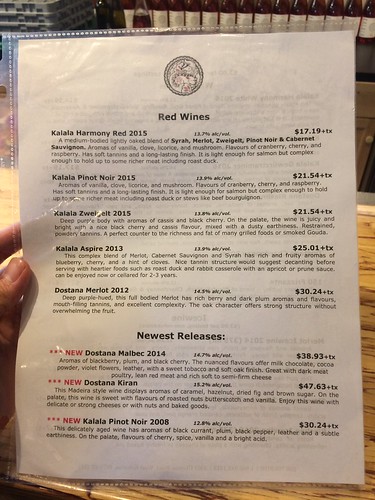 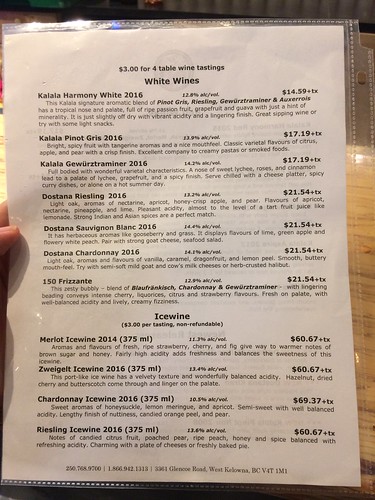 We decided to share two tastings. The tasting fee is waived when you purchase a bottle. 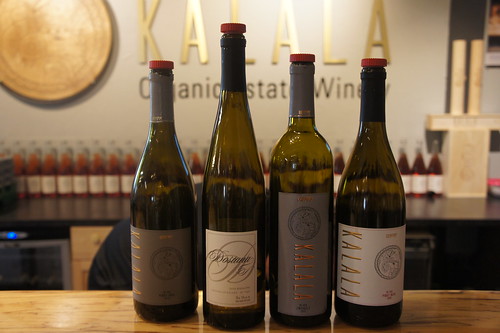 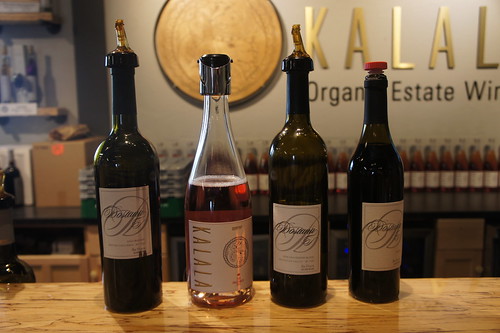 2016 Sauvignon blanc – this was my favourite of the whites we tried. It smelled spicy but didn’t taste spicy and had a more full body mouth feel to it. We bought a bottle ($21.54).

Dostana kiran – this was my favourite out of the 8 wines we sampled. Almost like an ice wine but way less sweeter.

2008 Kalala pinot noir – much smoother and quaffable than the 2015 pinot noir.