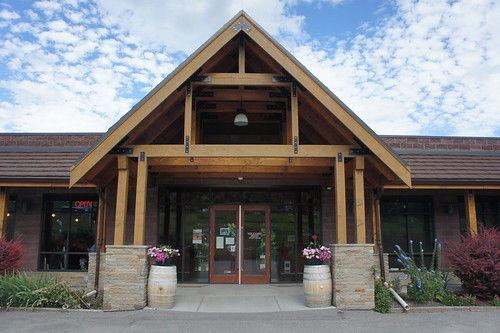 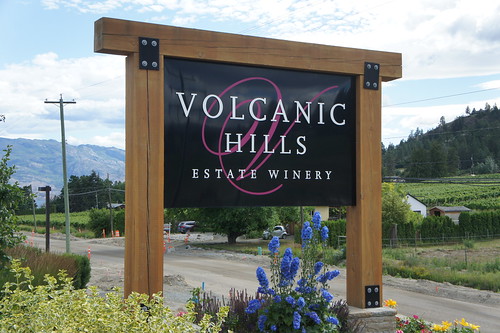 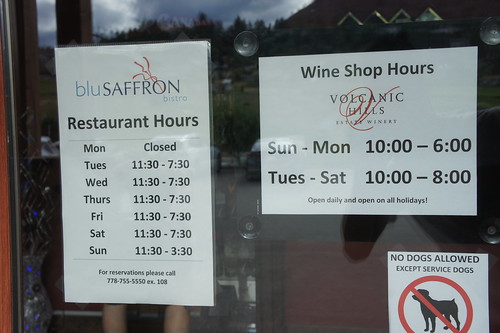 Wine tastings are complimentary but they limit you to four pours per person. Bottles are in the $15.90 to 43.39 range. 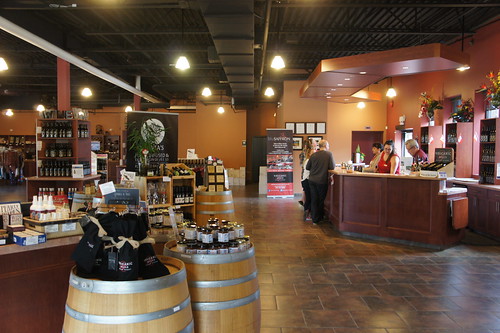 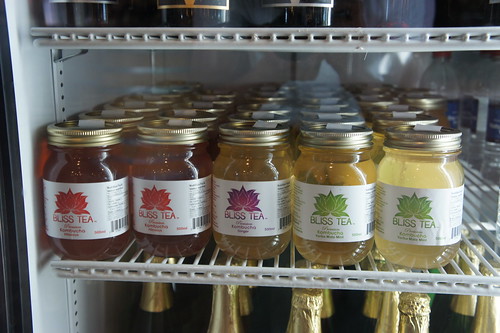 This tipsy tiger bottle holder was pretty cute. And overpriced. 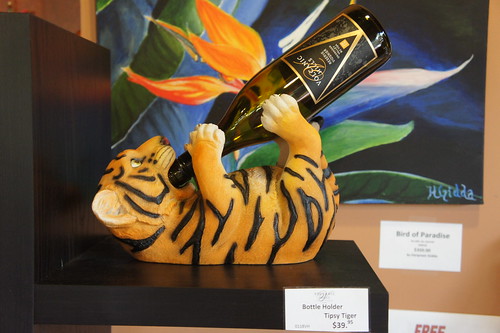 Some fresh fruit. Love the Okanagon. 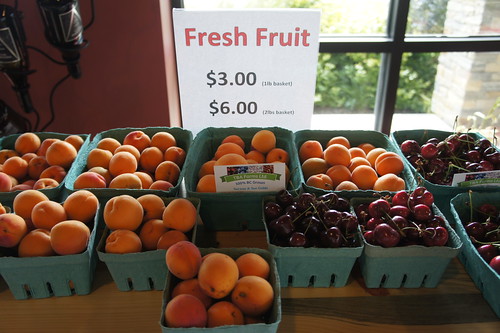 We were a large group so we split our group in half. We were four so should have had 16 total tastings to try. Instead, the pourer only let us try 13 out of 14 on the list. Super lame that we didn’t get to try the 2014 Eruption. Interestingly, the other half of our group got to try 6 samples each. So I have no idea what was the issue with that guy. 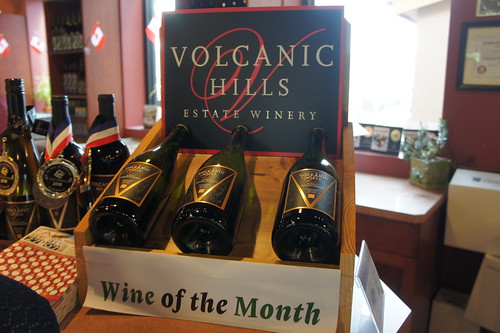 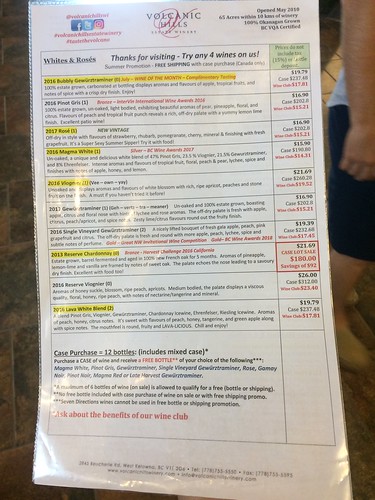 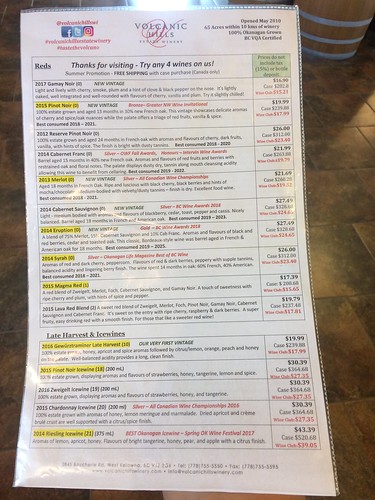 Icewines: 2016 gewurztraminer late harvest (this was super sweet. Way too much for our taste buds), 2015 pinot noir icewine (not sure how but it was even more sweet than the gewurztraminer) and 2014 riesling icewine (only icewine that was balanced). 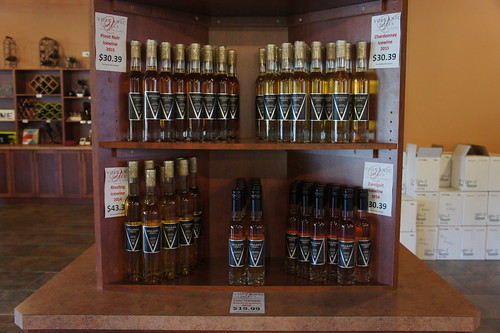 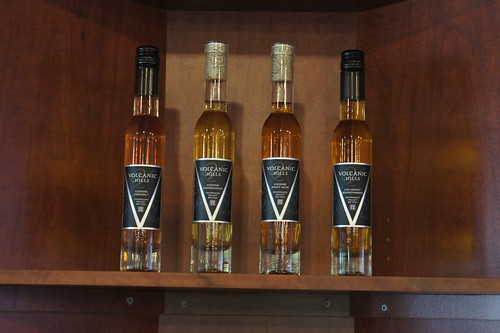 Closeup of a couple other wines. 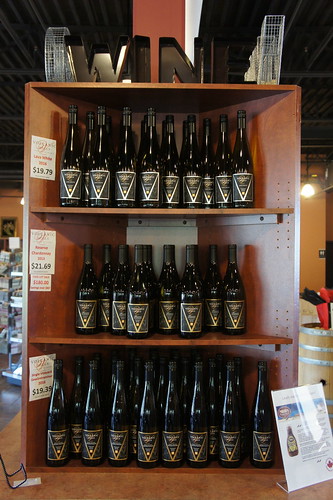 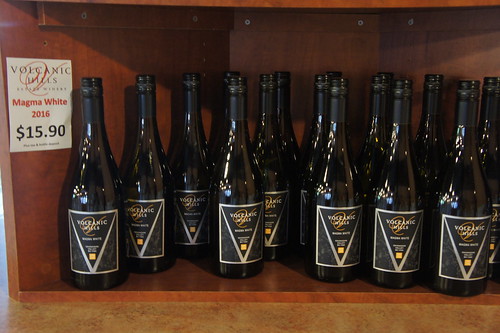 Wasn’t impressed with the wines or service here.