After playing a few hours of tennis, we were starving and needed some food to refuel. We decided to check out DooBoo, a Korean restaurant that neither of us had heard of, but was near the courts we had played at. 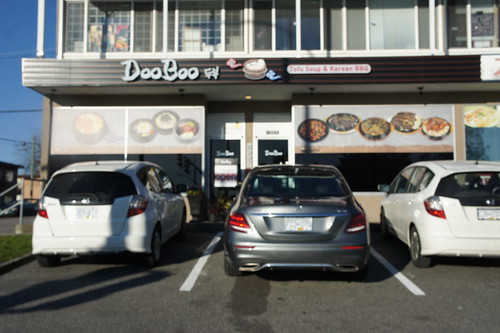 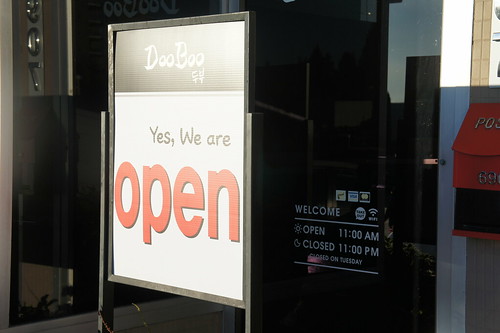 We dropped in on a Sunday afternoon (around 1:45pm) and the place was packed. Service was odd for a Korean spot; they were slow, didn’t offer any banchan refills and it was difficult to get water/tea cups refilled. 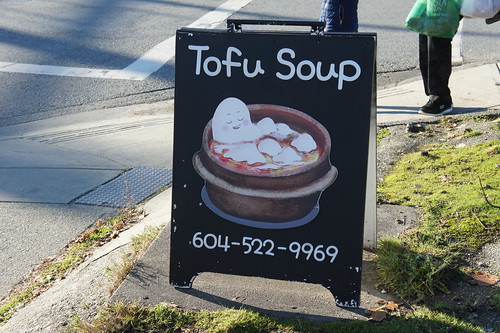 They’re also super stingy with the rice; we ordered a combo but they only gave us one bowl to share (that wasn’t even filled to the top). It was an odd move because the waitress originally grabbed both our bowls to fill but then she checked with one of the older waitresses and proceeded to fill just the one. I guess times are tough…

The menu is split into appetizers, mains, combos and specials. A small two page menu but beware, prices are higher than the norm. 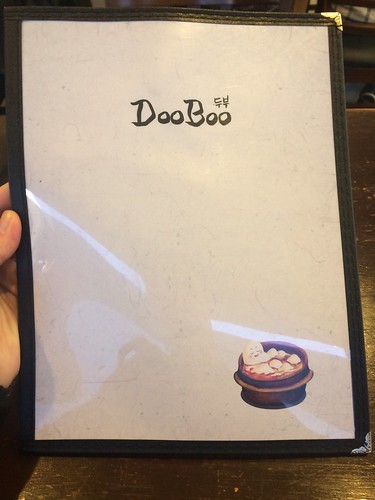 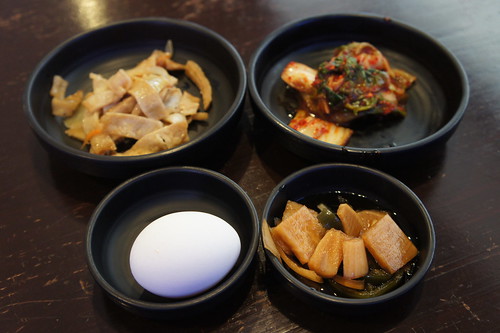 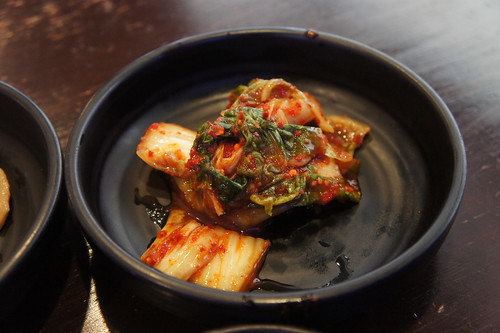 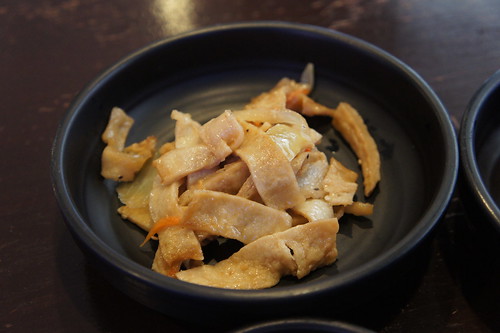 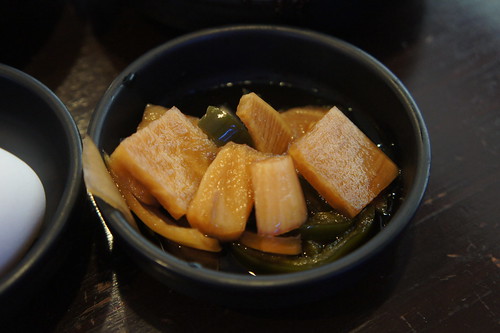 All the side dishes were solid, especially the sliced fish. Unfortunately, our waitress never offered any refills. 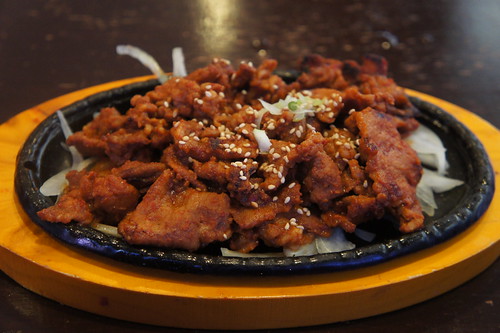 We went with combo A and opted for the beef tofu soup (spicy) and spicy pork bulgogi. Their tofu soup came out piping hot. Tofu pieces were soft and the broth had good flavour but there was barely any beef. Again, really stingy. Spicy pork bulgogi was nicely seasoned and slightly spicy but it was a small, small portion. 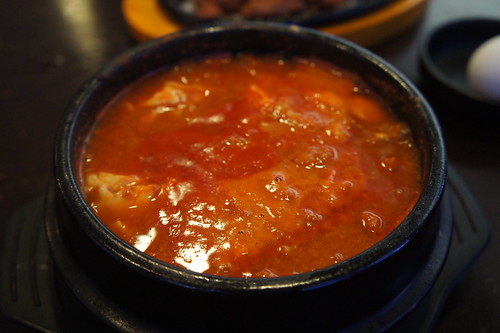 The baby scoop of rice that we received. 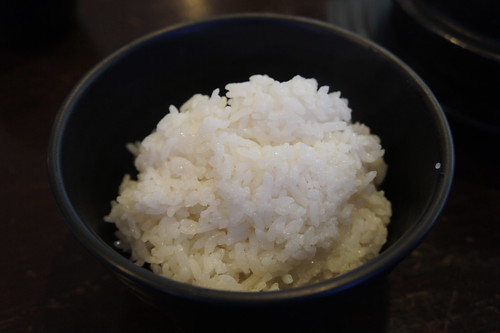 They poured tea into the rice so that you eat everything. 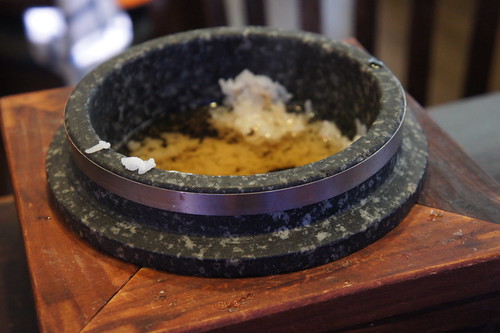 Decent food but portions are tiny and pricey. Not on our must return list with so many other Korean spots in the area.