I was downtown for work so decided it was a perfect time to try something new after the work day was over. It’s been forever since I’ve ate Lebanese food so we decided to give Manoush’eh a try. They’re sandwiched between Yamato Sushi and Sweet Mandarin. 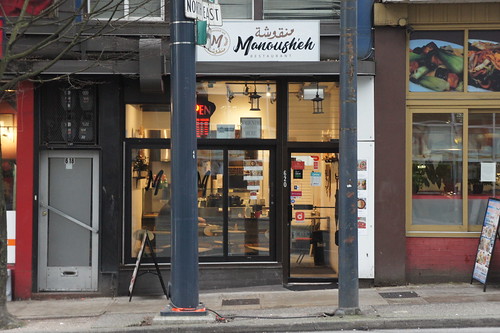 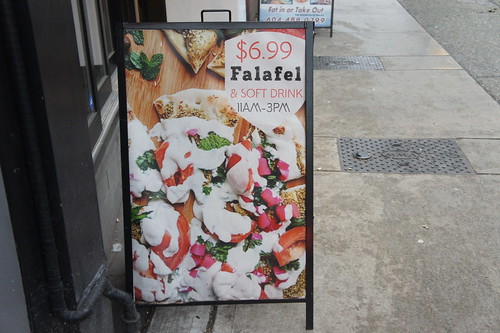 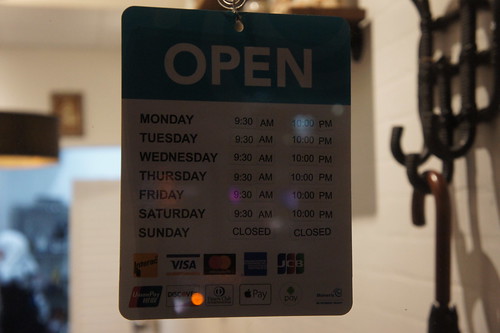 We dropped in on an early Wednesday evening (around 4:45pm). The inside is tiny with only three small tables. The only menu is up front by the counter. They have a fire oven where you can see them baking the pies/flatbreads fresh. 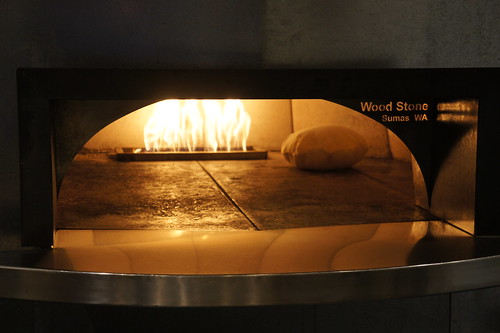 Menu is split into classics, reinvented and a mix of things. 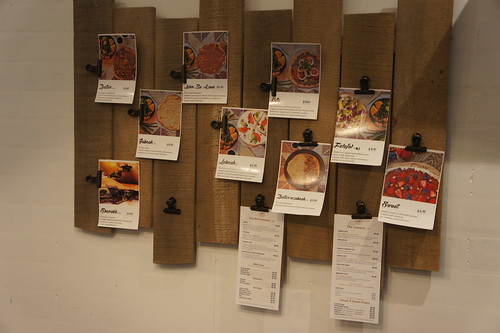 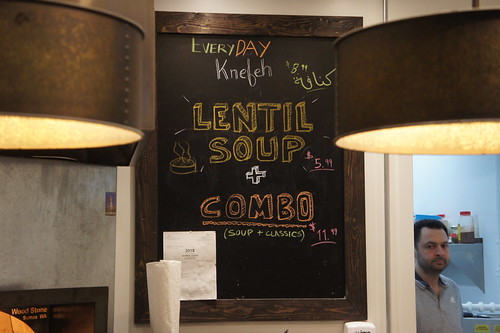 They had a combo deal (any flatbread and soup) but they combo-ed the cheaper pie with the deal. Lame. 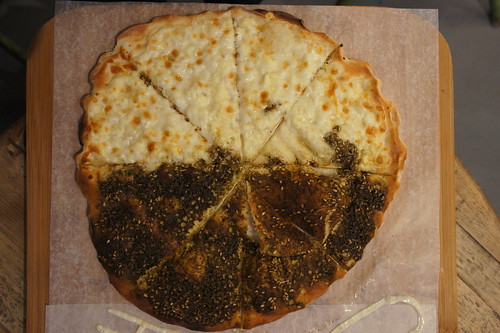 Zaatar with jebneh ($7.50) which is half wild zaatar and half akkawi cheese. Love that you can try two types! 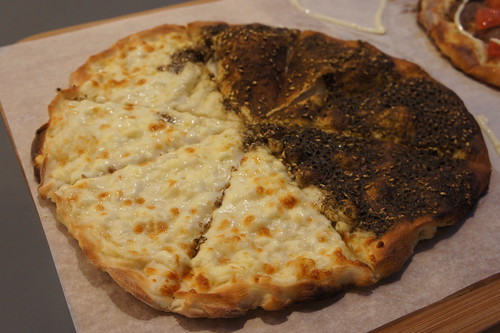 Both were tasty and flatbread had a great bite. That oven makes all the difference. 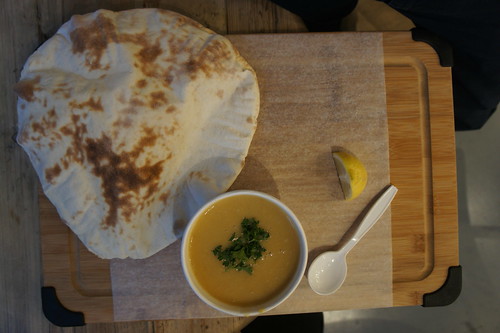 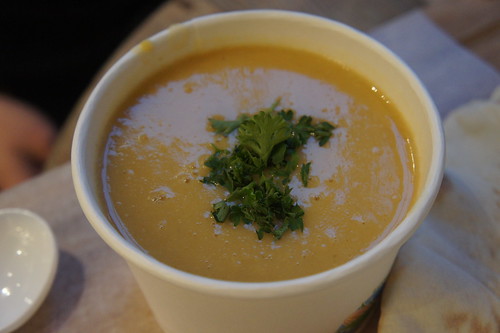 The lentil soup ($5.99) came with a fresh pita that was so soft and pillowy. 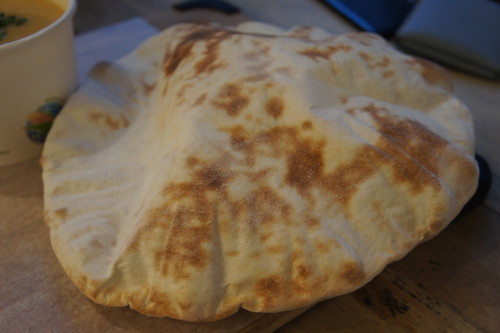 Make sure to squeeze lemon into the soup; added some much needed acidity. 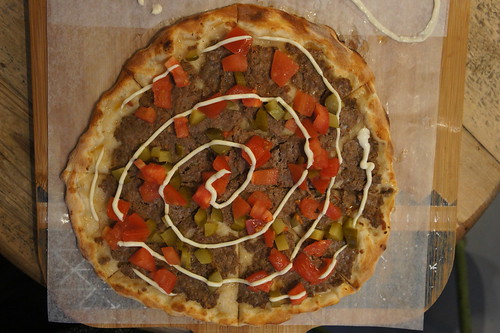 Spicy ground beef pie (although it barely hits mild). Organic ground beef with topped with tomatoes, pickles and a squeeze of lemon. 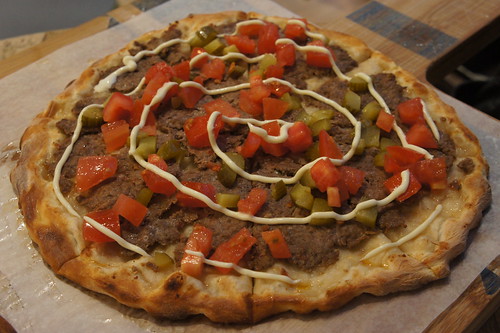 The beef was tasty and minced properly while still retaining a good bite. We liked the fresh tomatoes and pickles sprinkled on top. 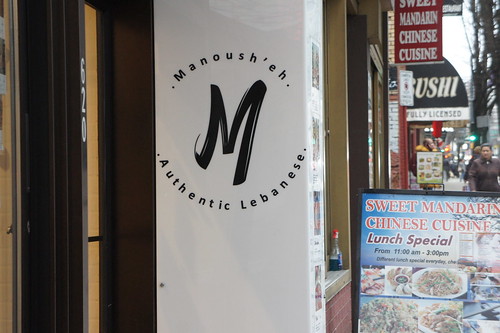 Portion is a bit small for the prices Manoush’eh are charging but we enjoyed the food.