Bomber Brewing has been on my list to try for awhile. Finally made it out! It’s located close to Off The Rail Brewery. 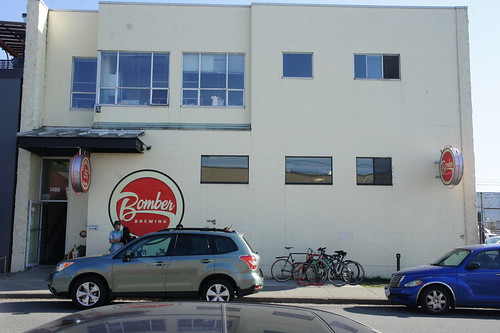 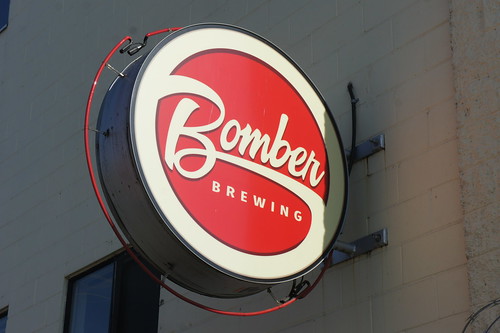 Spotted their car while we were on route. 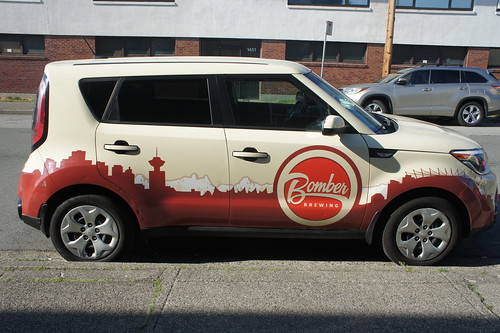 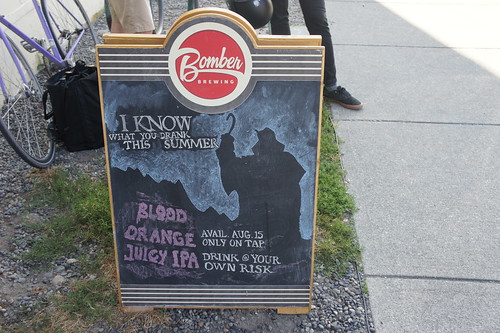 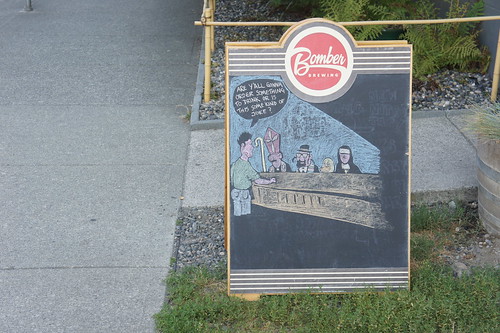 Free air outside for your bike. 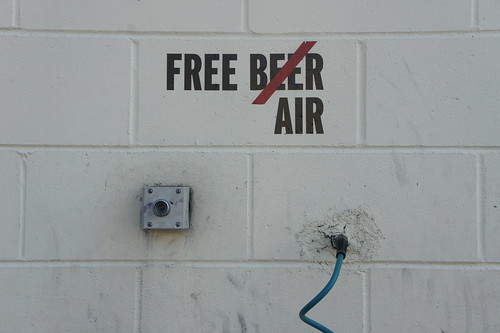 We dropped in on a Thursday afternoon (around 4:15pm) and just beat the rush. The inside is cozy but there’s room to fit about 25 people. 7 stools at the bar, another 5 along the wall and a dozen at the tables. 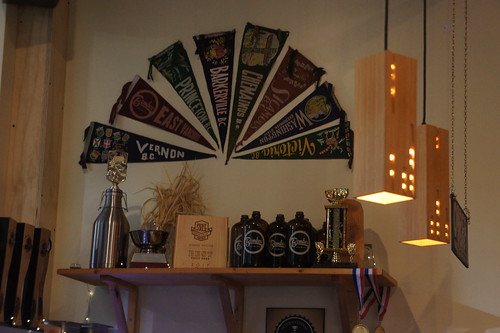 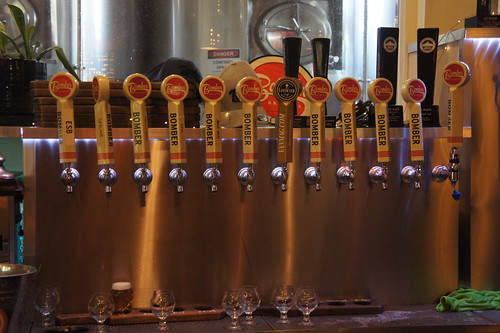 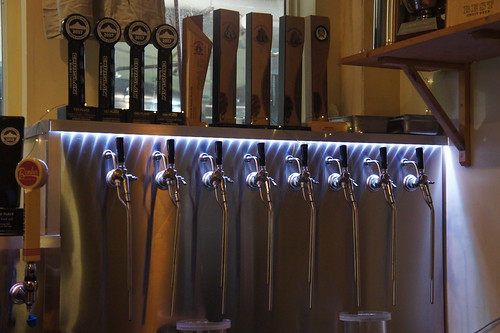 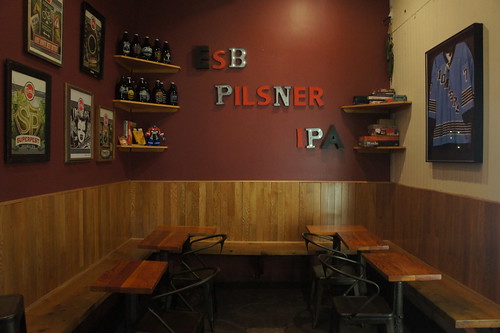 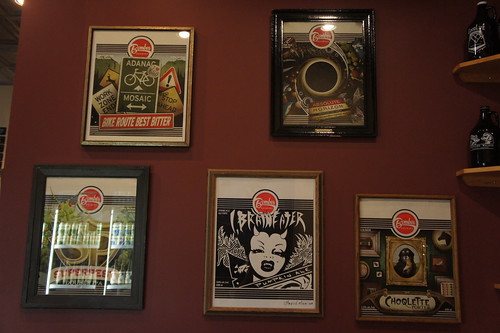 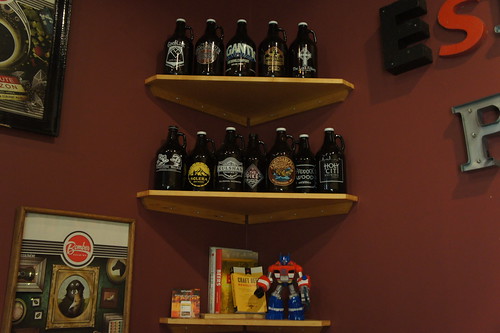 There’s a small selection of board games to play. Mostly standard fare. 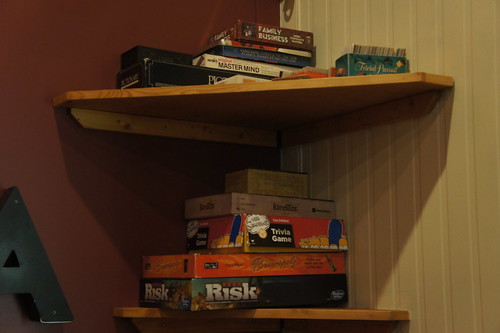 Happy hour (3:00pm to 6:00pm) gets you $1.00 off their 16oz sleeves. Only available on 5 flavours though. They had a small selection of food: pickled egg, pickles, signature chips, pretzel twists, cacciotorini and paninis. 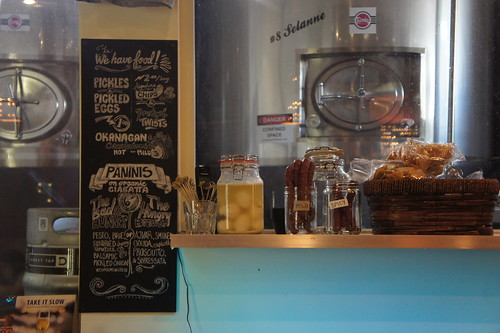 For beers, there was 11 options on tap. They actually ran out of their blood orange juicy IPA while we were there and took it off the board. 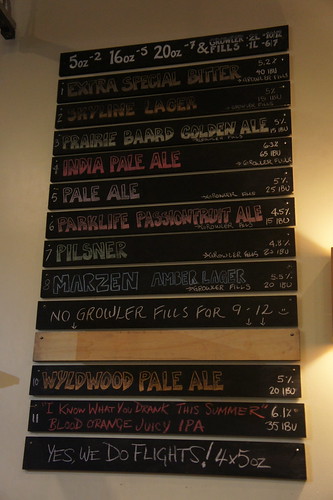 Beer fridge was well stocked but we got one of the last passionfruit ale! 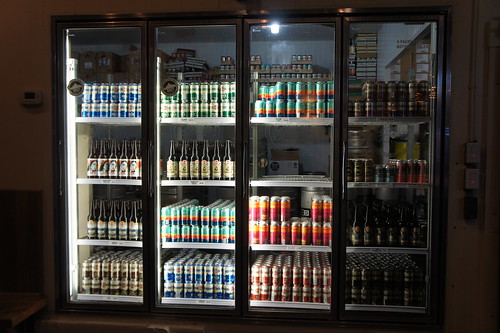 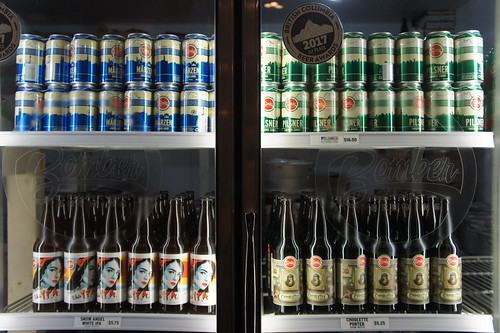 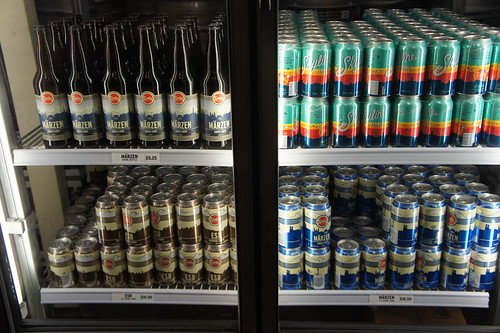 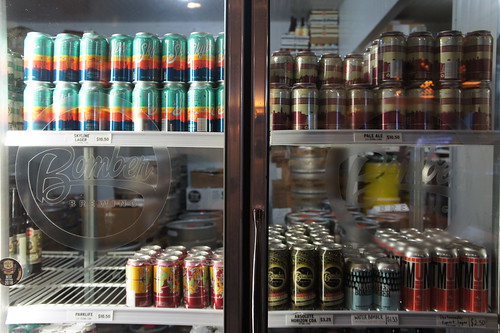 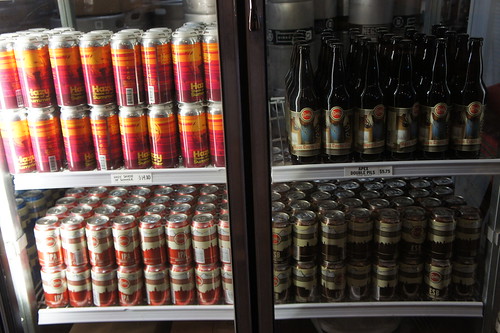 Selection of merchandise was small but interesting. 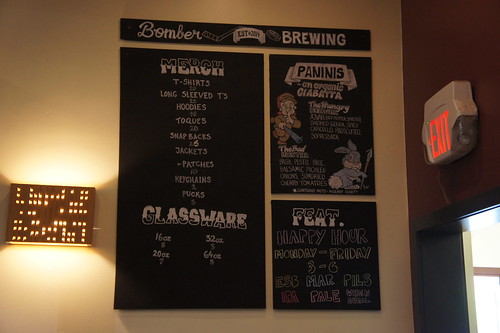 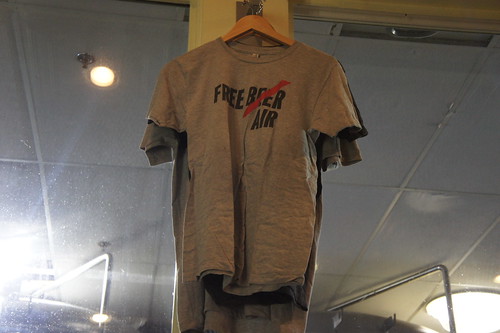 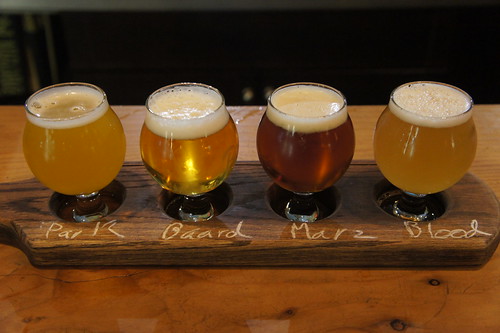 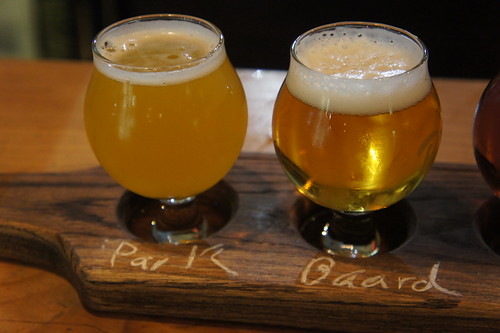 Winner was hands down was the passionfruit ale; super refreshing and good passionfruit tones. Baard golden ale was a little bitter; wasn’t our favourite but you would if you like IPA’s. 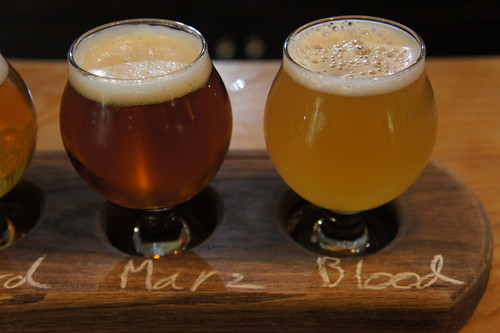 Amber lager had a coffee end note to it. We wanted more bold, blood orange flavour from the juicy IPA. Too subtle for us. 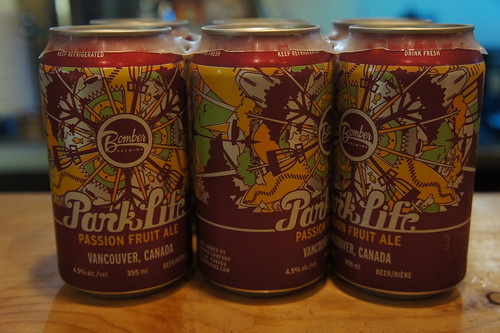 Really good so we grabbed the last six pack for home. Clearly, it’s a favourite as it was the only flavour completely sold out! 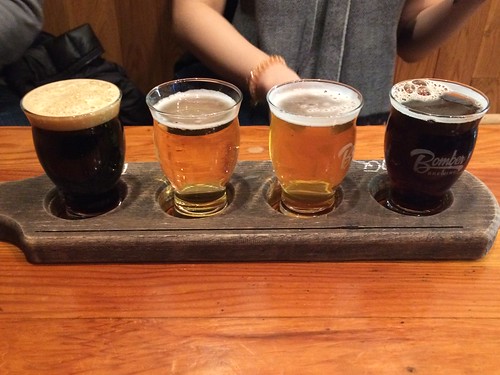 Another flight I shared with a few friends when they were in town for a visit. Can’t remember which ones we got that time around. 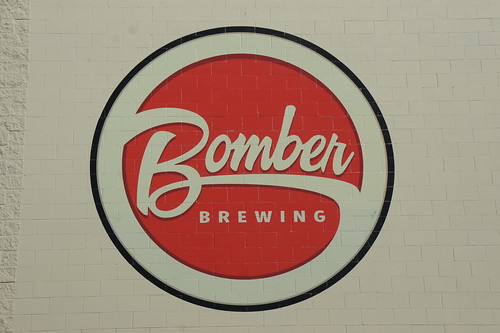 Will be back to try their signature chips!