While walking along No. 3 road a few weeks ago, I spotted a Northern Chinese place that caught my eye and made a mental note to check out. My buddy also spotted the exact same place so we decided to give Xian Noodle Restaurant a try for dinner. 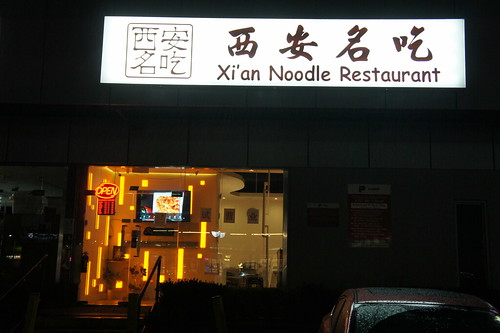 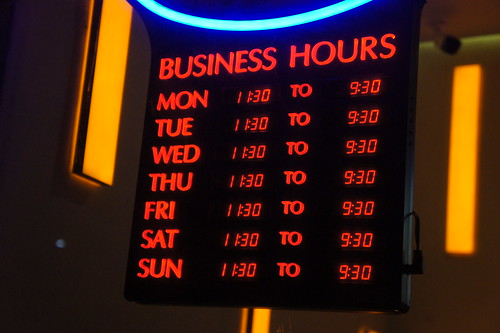 We dropped in on a Saturday evening (around 7:30pm). It was surprisingly busier than I expected. There’s only one guy running the front but he spoke perfect English and Mandarin. Service is a bit sporadic as we only got one tea refill and had to flag him down for a few things. 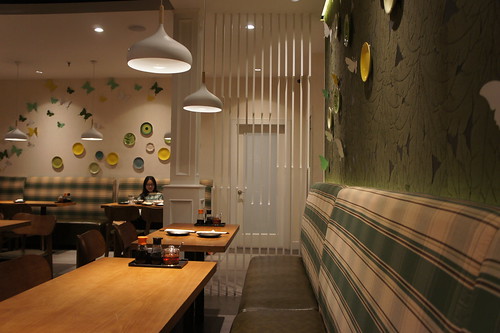 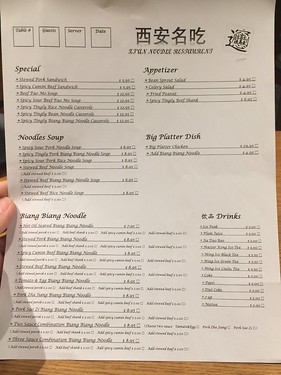 We got everything spicy but don’t worry, it barely registers on the heat scale (as most Northern Chinese spots). 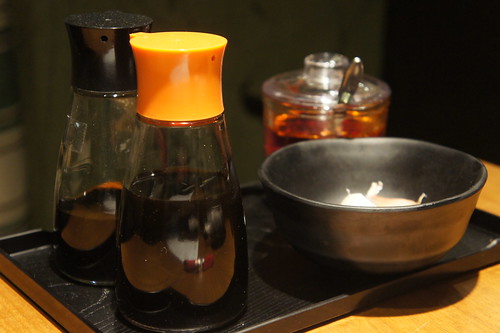 The condiments on the table were pretty standard except that they had raw garlic cloaves. 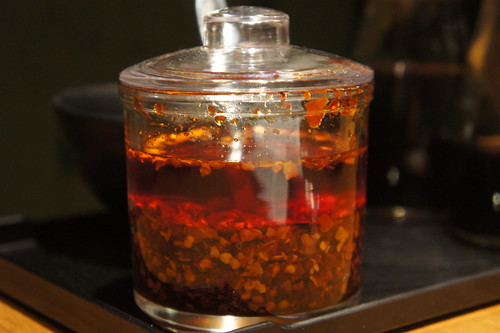 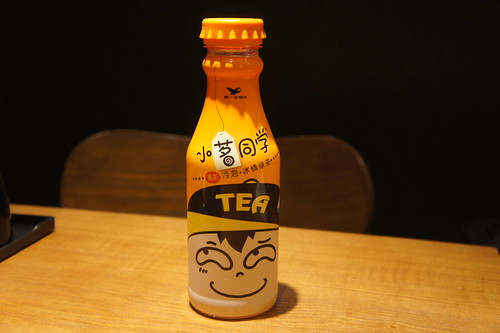 First time trying this. It’s slightly sweet but refreshing. M said it reminded him of a light version of a Crush pop. 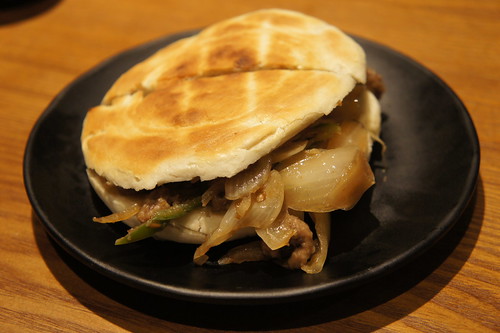 This packed a punch of cumin to the beef. The bun itself had a good thickness and crunchy bite to it. 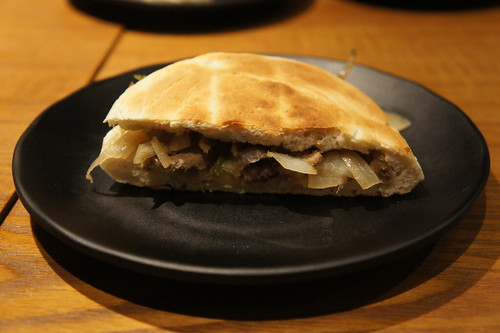 Liked the addition of the sauteed onion and green peppers. 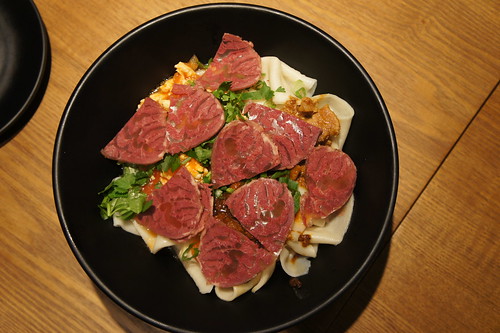 We added beef shank ($2.00) which were delicious. Beautiful pink colour, tender and perfect thickness to each slice. 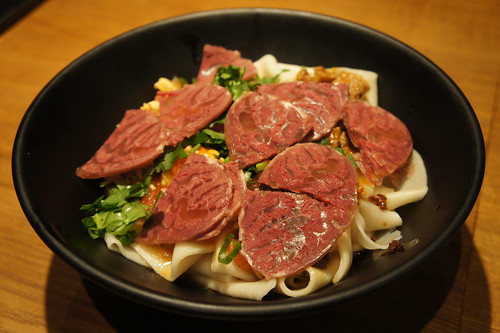 Everyone liked the noodles but I found it lacked a touch in the bounce/elasticity. 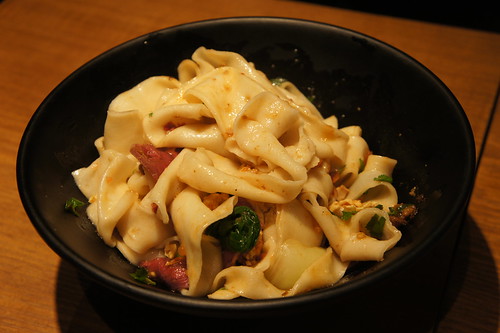 The three sauces were tasty but mixed together, you lost some depth in flavour. 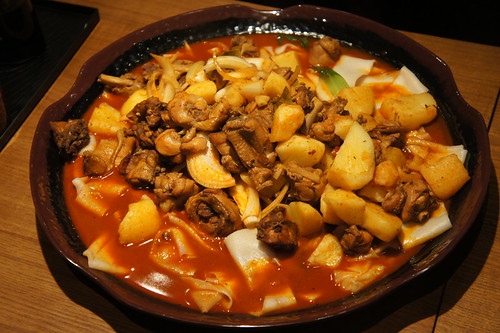 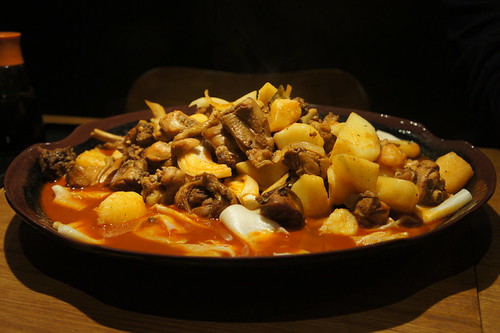 For the price, you get a lot of chicken along with potatoes, onions (almost raw, wish they sauteed/cooked it), bok choy (only one stalk). 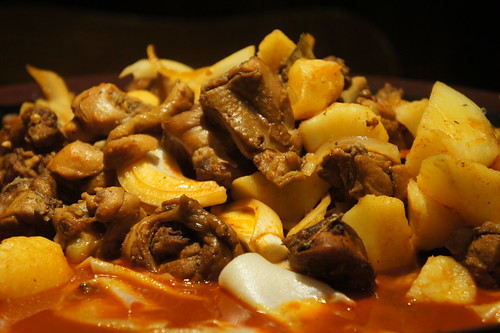 The chicken was tasty but a tad too salty. The noodles were the same but clumped up in this dish. The lack of vegetables is frightening. Good to share between three or four people. 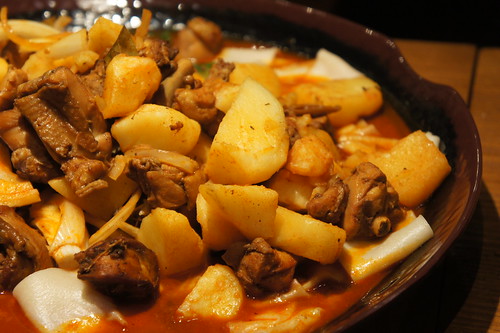 Cash only. Prices are reasonable.