All these small, specialized spots have opened up since I left. Salz, another addition to Nate Box’s empire (District Café, Little Brick and Elm Cafe), focuses on German food. 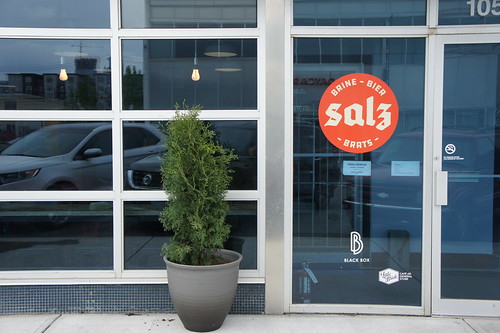 It says they’re open late but in reality, their hours are till 10:00pm (Tuesday to Thursday), midnight (Friday) and 11:00pm (Saturday). 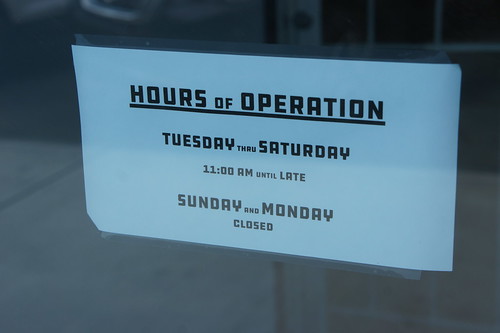 It’s all about the brine, bier and brats. 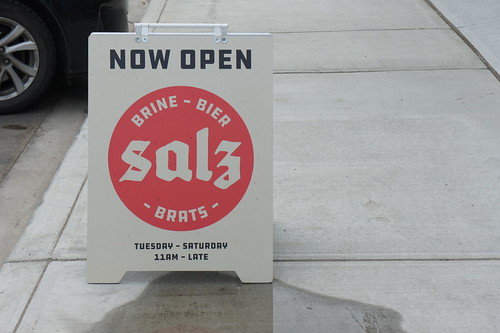 We dropped in on a late Wednesday afternoon (around 1:15pm) for lunch. The inside is raw but the aesthetics are chic and there’s just a very laid back, chill vibe to the place. 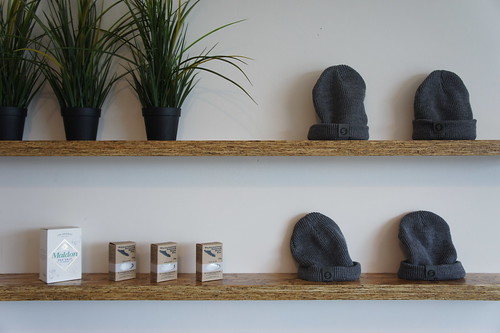 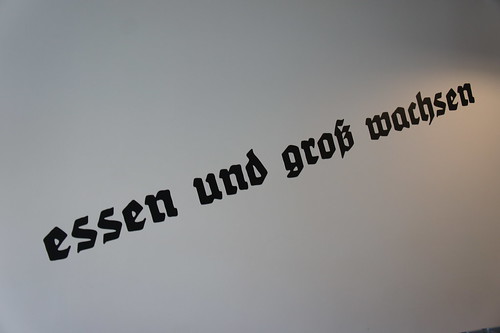 There’s a dozen seats at the communal table and another 8 seats by the window. They had a TV with tennis on along with trivia card packs to keep you entertained. 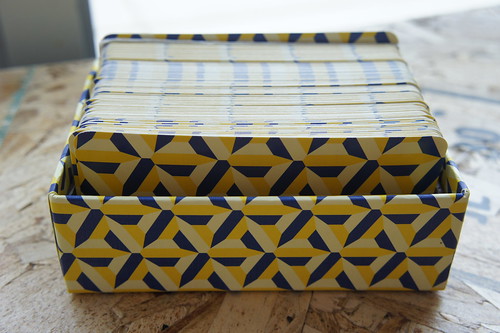 The menu is up above the counter. There’s essen, brats, sides, bier and drinks. Basically, four main food options and one dessert. 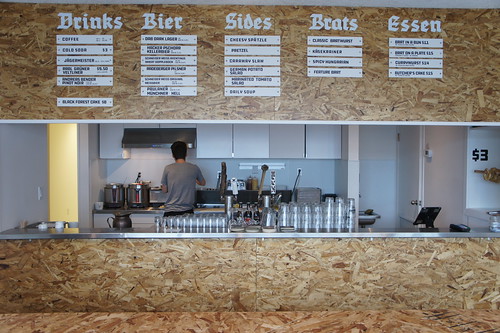 $3.00 pretzels looked good but damn, they were tiny. 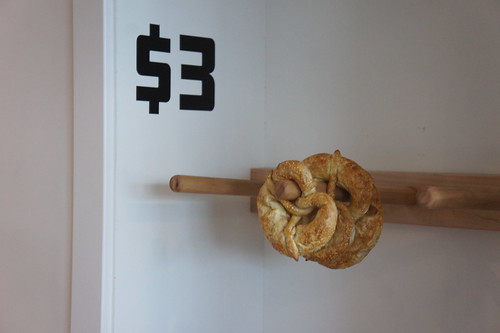 Draught menu. Nice that you can get a flight but three seems random… 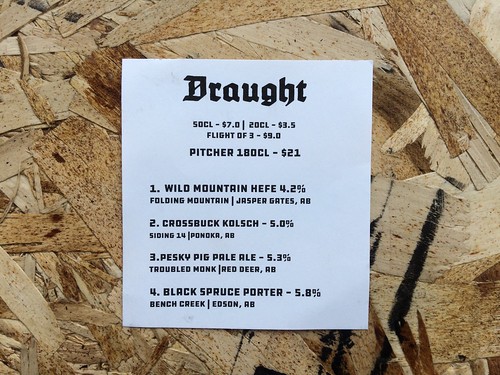 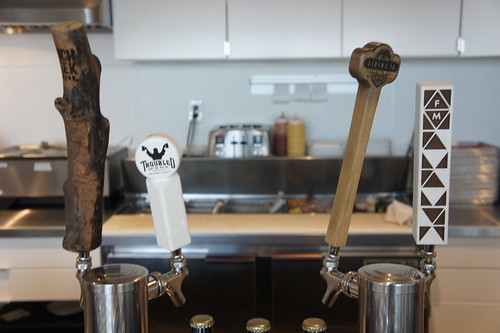 They also have a sausage fridge where you can buy a pack of brats for home. 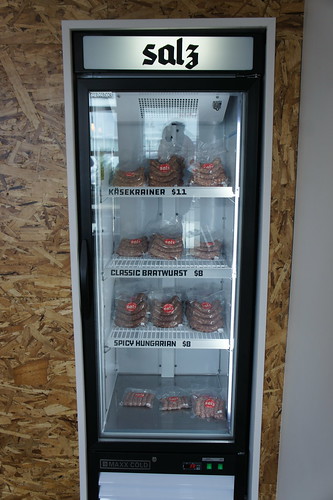 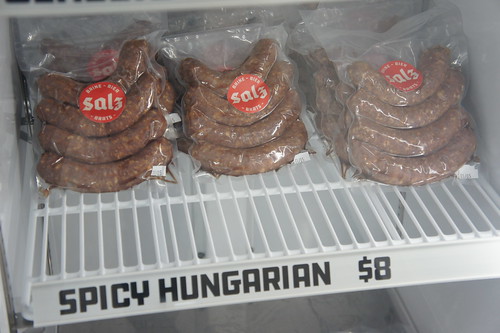 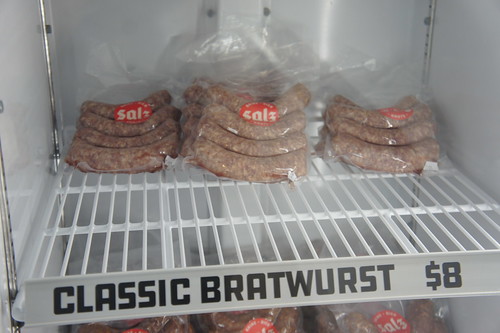 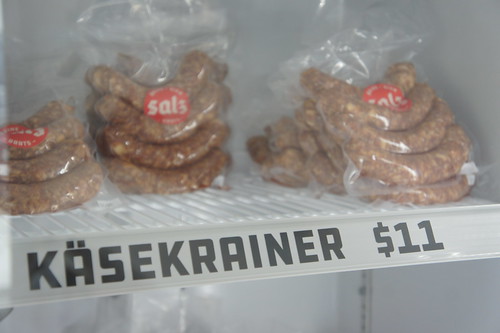 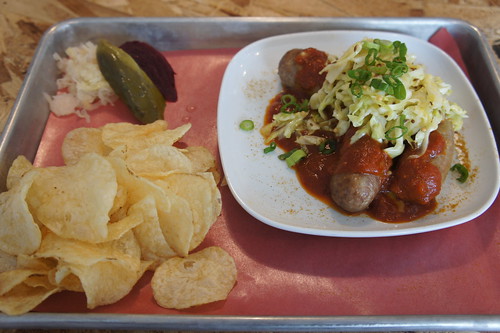 It comes with pickles and chips. Usually, this dish comes with two classic bratwurst brats but I was told they only had one left so I got to pick my second one. I went with the käsekrainer (stuffed cheese). Both were tasty and the currywurst sauce was great. 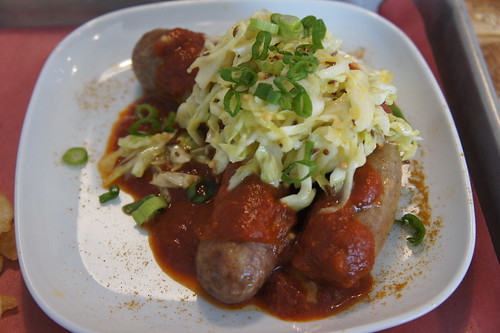 I wish you were able to choose a side instead of generic kettle chips. 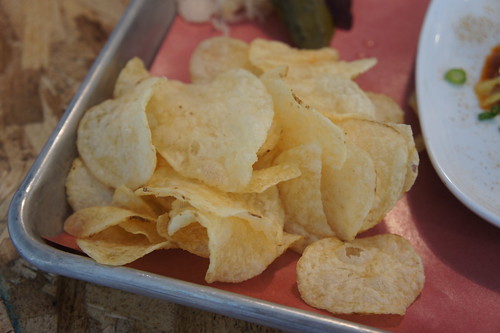 The beet, dill pickle and slaw were decent. 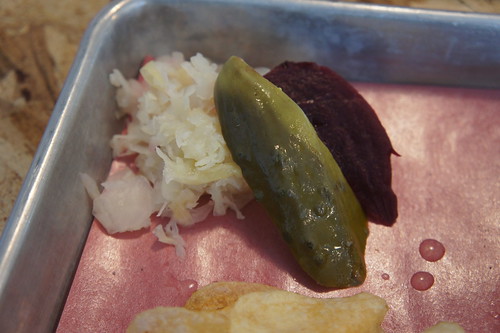 Only getting one of each feels pretty stingy. 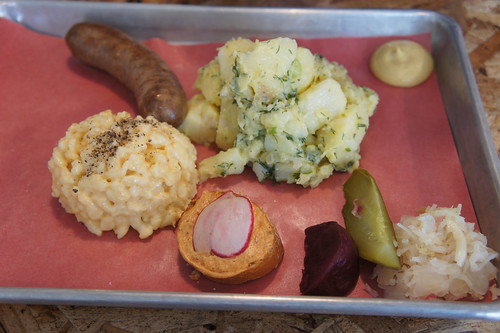 You choose two sides and the type of brat that you want. It also comes with one small piece of bread. 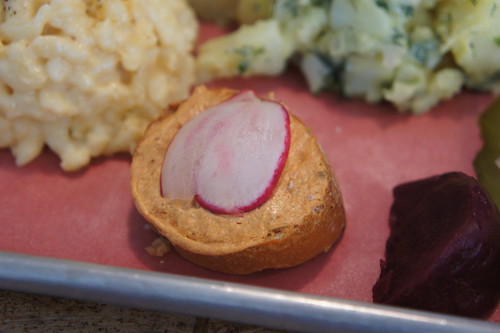 My buddy G went with the cheesy spätzle and German potato salad for his sides, then the spicy Hungarian for his brat. 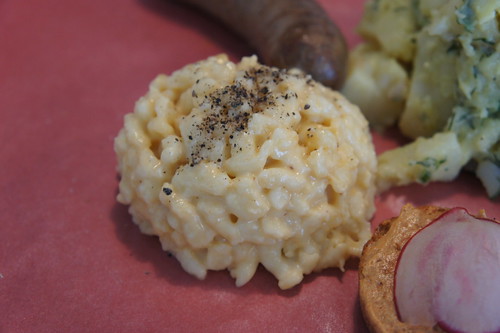 The potato salad was mixed with dill. 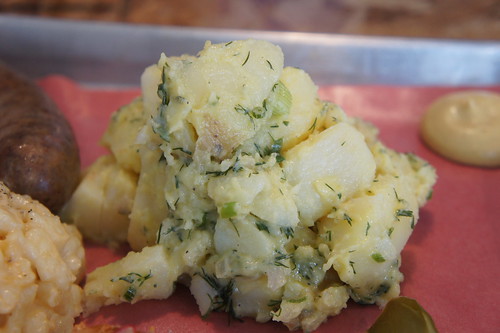 The brat came with a side of hot mustard. 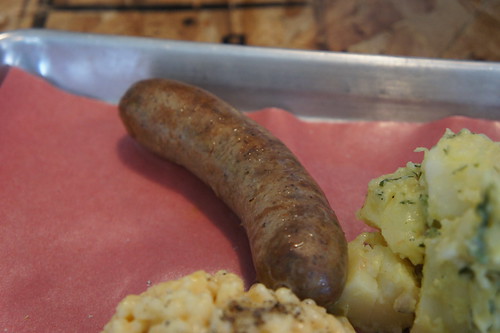 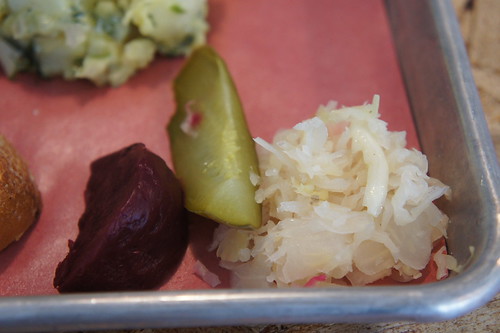 Same side of beet, dill pickle and slaw as above. 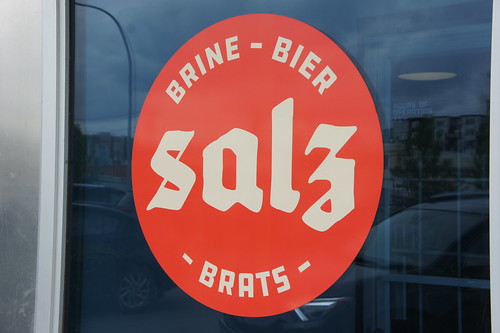 This place feels more like a place to grab a bier and snack/share a few things. As others have said, I wouldn’t come purely for a meal.