We wanted something close for dinner in the Village so after a quick search, we settled on The Mexican Corner. It’s located upstairs beside Sushi Village. 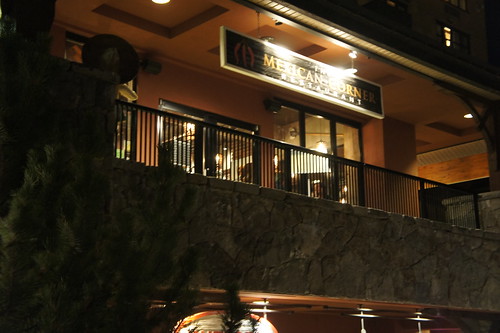 They’re only open during the evenings. 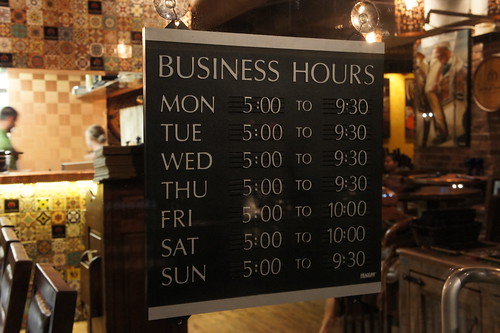 There was also a random Mexican figurine outside of the restaurant. 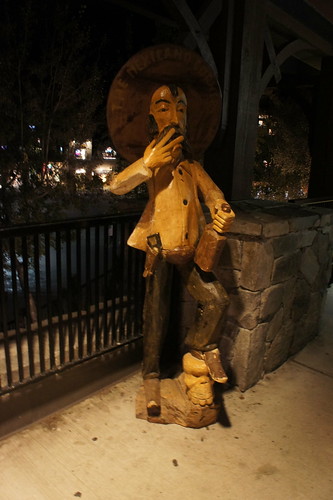 The inside is nicely decorated with a lot of cool Mexican inspired paintings. It’s quite spacious but I wasn’t a fan of their lighting. As well, I’m puzzled by other reviewers calling this place “authentic” Mexican. 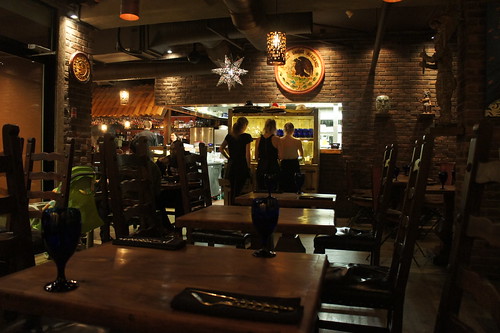 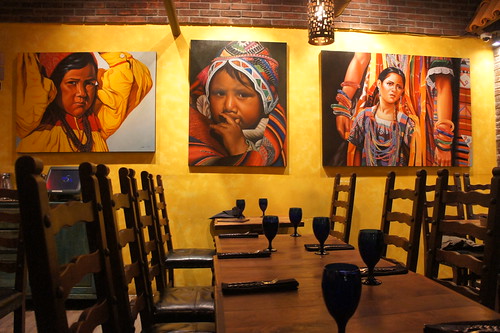 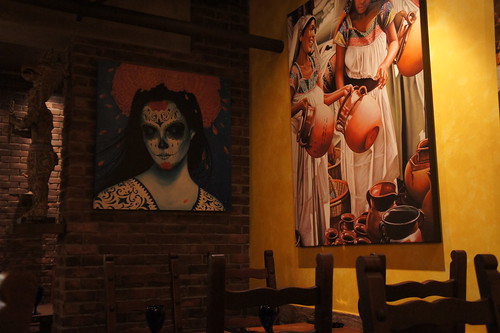 The regular menu is short; for the table, soup and salad, quesadillas, Mexican favourites and la taqueria. Click here (1 and 2). 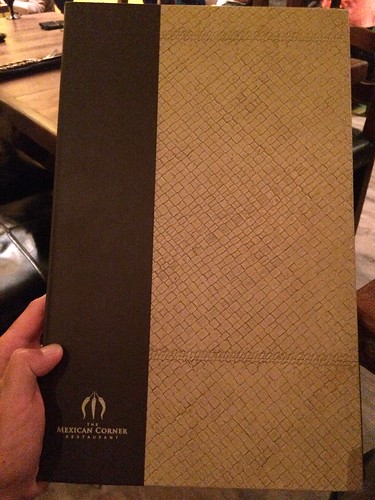 There was a three course set menu ($21.00) but it’s only available Sunday to Thursday. 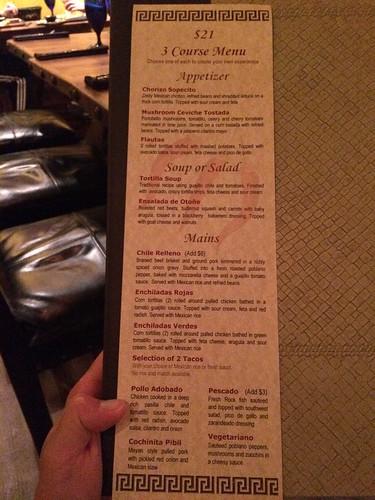 The latter’s the way to go. Apparently, most restaurants also offer set menus so be smart and research!

We unfortunately didn’t get any chips and salsa to start our meal but everyone else around us did. Not sure why we got shafted. 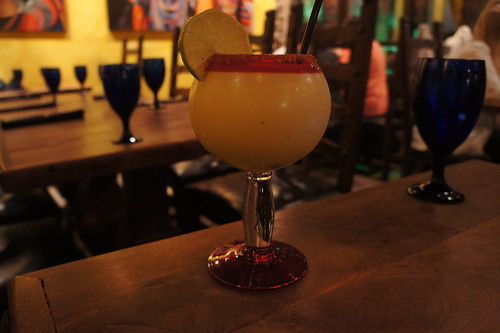 This was their special of the night. It was sour but the passionfruit tones were lacking. Almost tasted watered down. 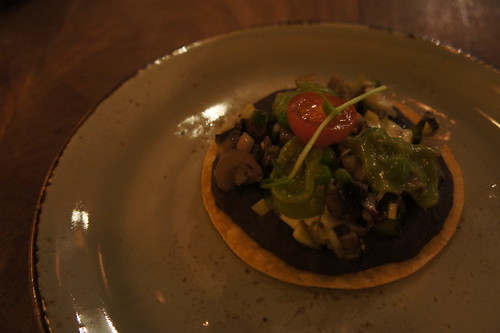 Portabello mushrooms, tomatillo, celery and cherry tomatoes. Served on a tostado with refried beans and jalapeño cilantro mayo. Really small portion and not much flavour going on. 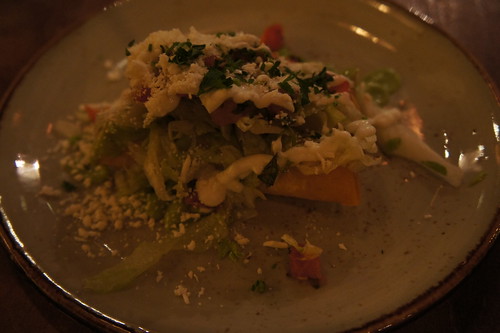 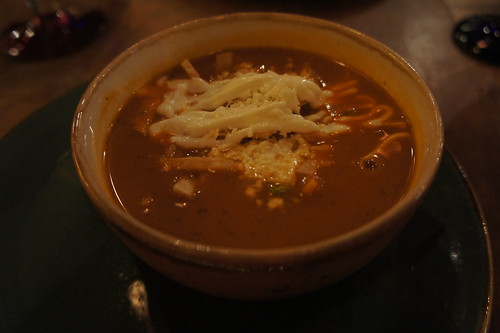 Crispy tortilla strips, avocado, feta cheese and sour cream. Soup was very one dimensional. Barely any ingredients except for a stupid amount of tortilla crisps. 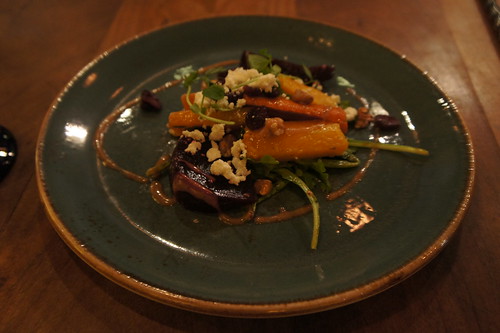 Red beets, butternut squash and carrots with baby arugula, gost cheese and walnuts. Topped with a blackberry habanero sauce. This was actually tasty and beautifully plated. 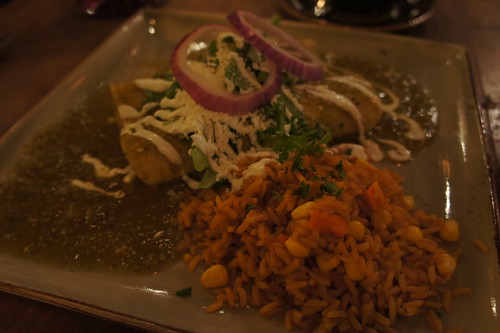 Tortillas wrapped with pulled chicken in a tomato guajillo sauce. It was topped with sour cream, feta and red radish with a side of Mexican rice. Rice was boring. The verde sauce had no heat or depth to it. 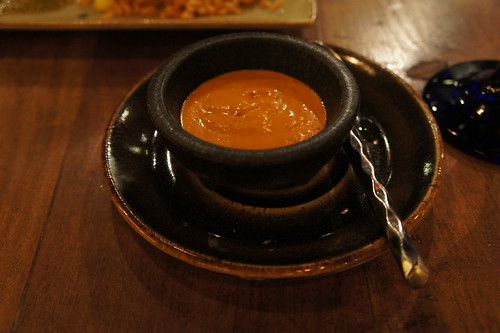 Thank god for the homemade habanero sauce; it saved the day for both entrees. 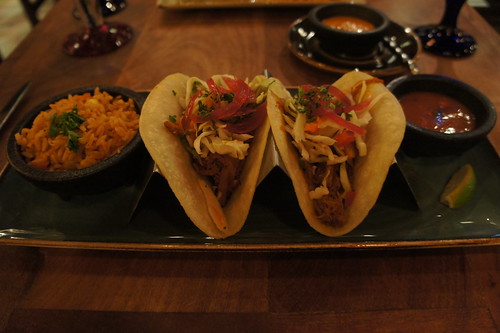 Mayan style pulled pork with pickled red onion and Mexican slaw. Came with side of salsa and Mexican rice. No idea what the salsa was for. 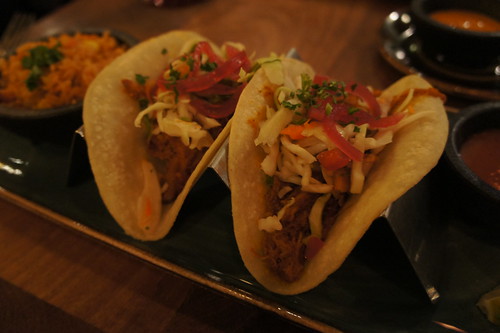 The tacos? Bizarre. The tacos were okay but you only get two. Pulled pork was fine but a tad dry.

Doubt I’d come back again. Too many other set menus with better food/deals (*cough cough* Araxi) around in the Village.