I’ve never had Australian pies before (well, that is until I went to Australia recently) but I’ve definitely heard about them. Peaked Pies is well known in Whistler and now, they even have a location in Vancouver. Good on ya bruh. 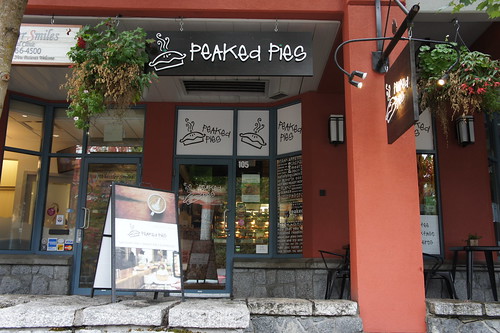 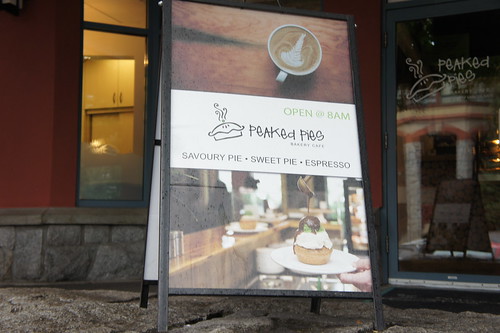 Their location in Vancouver. Right on Denman! 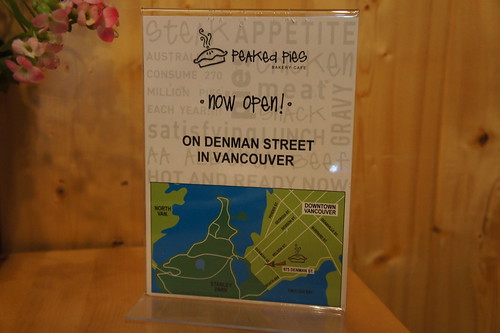 We dropped in for an early Friday lunch and just missed out on the rush. Pretty cool that they have a self serve kiosk to order and pay when it gets busy! Never seen that before. 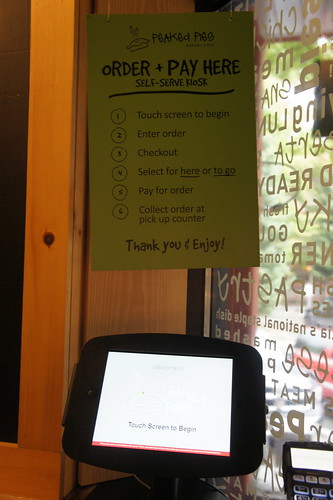 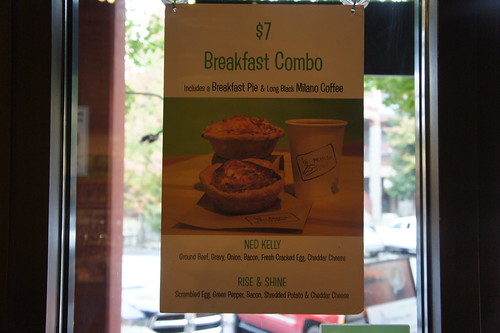 The menu is all about the pies (breakfast, sweet, savoury and peaked pies) but they do also have salad, sausages and drinks. 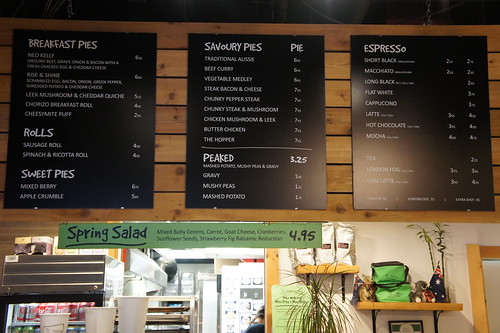 Couple pastries on the counter looked pretty tempting but we’d already bought some to go from Purebread. 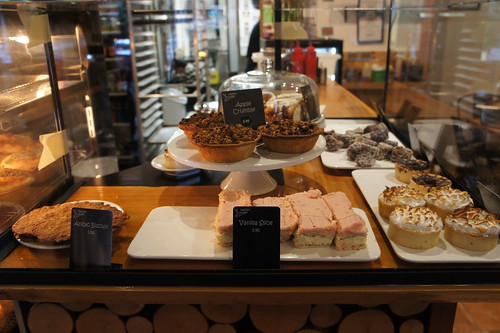 The pie counter was full. Way too many options. 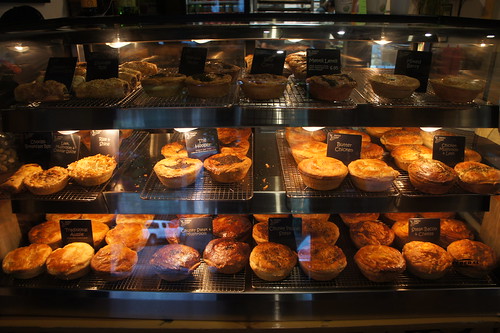 Closeup of a few of the pies available. 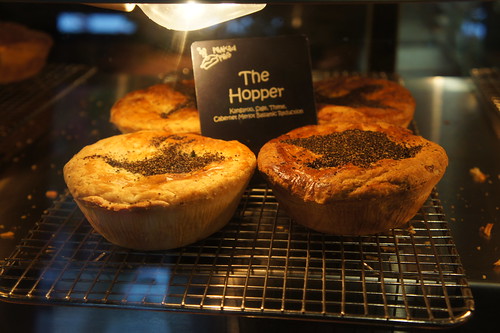 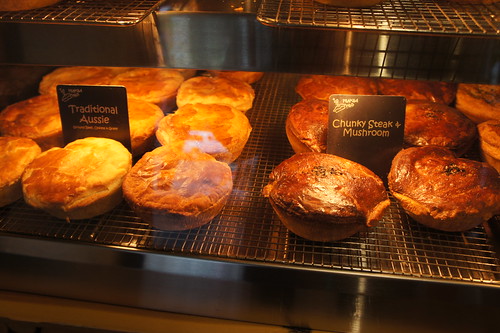 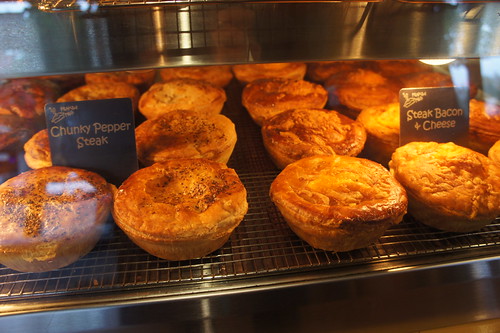 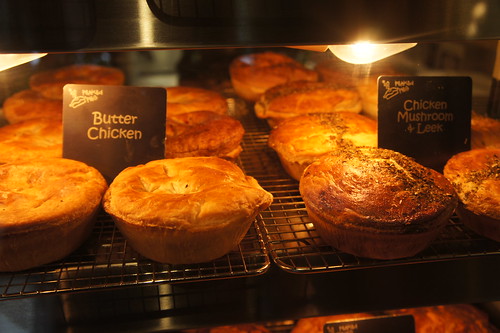 There’s also frozen pies in the back. In case you’re tempted to bring some back for home. 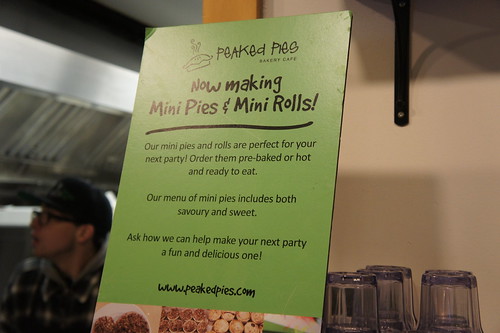 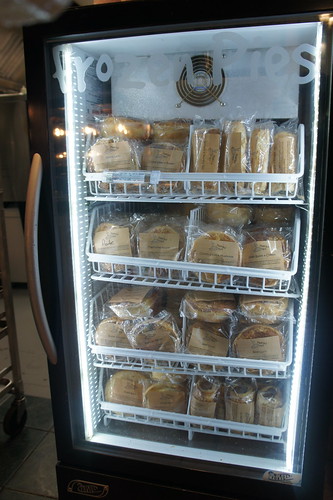 Of course they would have these cute mini koala and kangaroo plush toys holding an Australian flag. 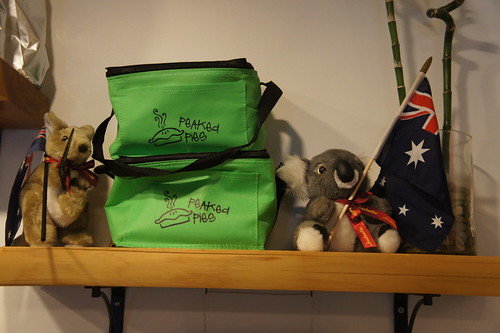 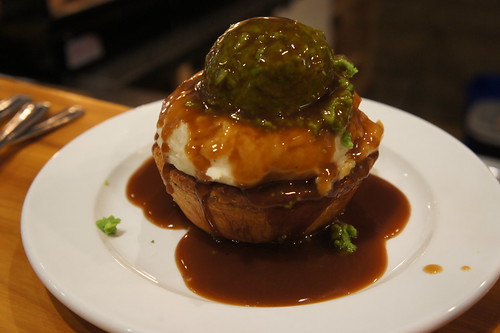 Kangaroo, sage, rhyme, cabernet merlot and balsamic reduction. We added the peaked ($3.25) which gets you mashed potato, mushy peas and gravy. This pie is MASSIVE. I don’t know how people were eating one to themselves but you can easily share between two. Tasty and filling.