On a holiday Monday, we were debating where to go when I remembered it’s been awhile since my original visit to Japanese Noodle House. It hasn’t changed one bit. 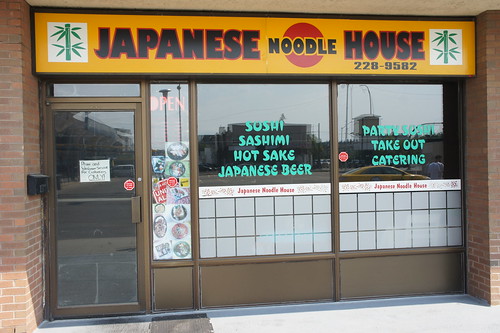 We dropped by around 2:15pm and were the only people there. Menu’s still the same but there’s always a few specials up on their chalkboard. 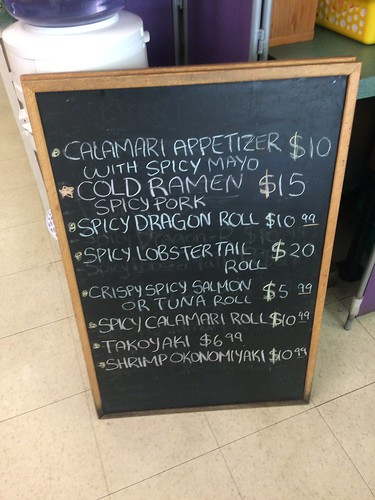 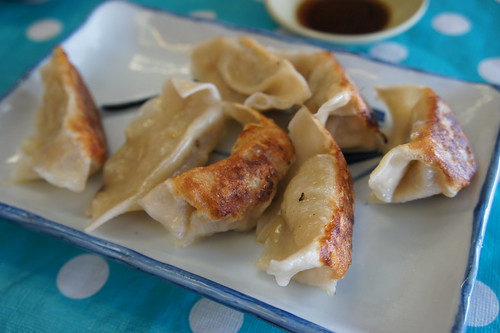 You get 7 pieces. Small but nicely pan fried and hot. 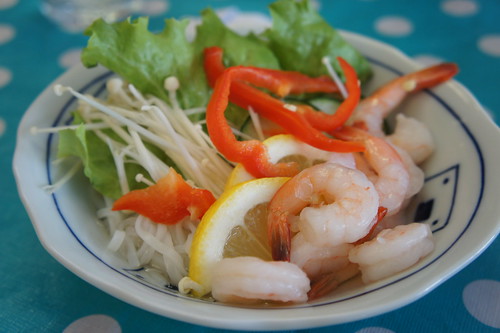 S thought it was pretty authentic. I’ll take her word for it as she’s a halfer and speaks fluent Japanese. Shrimps looked really fresh. 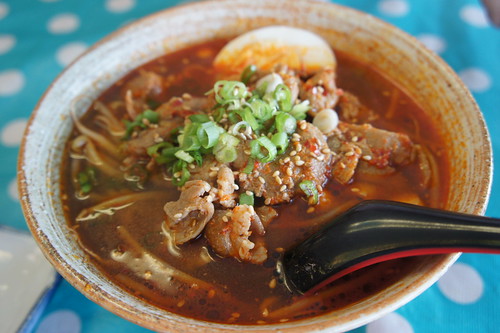 L got the same thing he did last time he was here. Spicy broth and solid noodles. 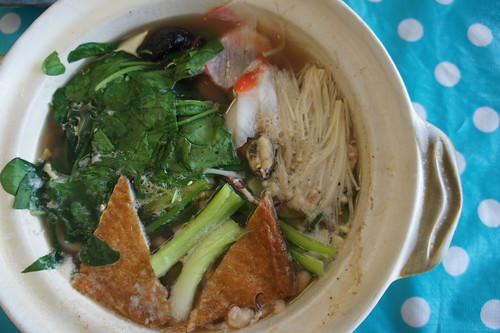 I decided to try something new and ordered the nobeyaki. Comes in those heavy speciality clay pots (called nabe which the dish is named after). Tons of stuff inside including udon noodles, shrimp, mussel, imitation crab, fish cake, egg, spinach, enoki and shiitake mushroom and green onion. 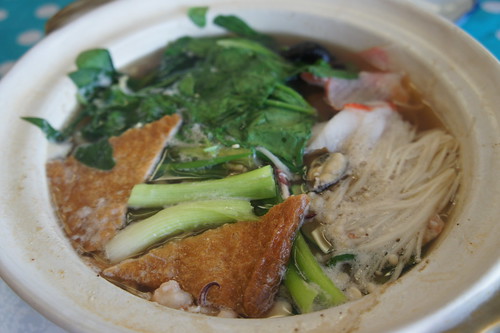 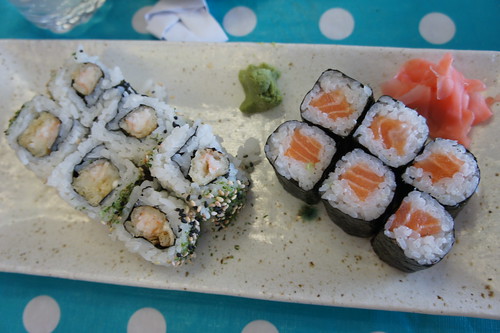 I only tried one sake roll. Decent. L and S thought the rolls were pretty average.

Still a solid gem in my books. Stick with the traditional Japanese items on the menu and you’ll be satisfied.