I’ve heard good things about Juniper Cafe & Bistro but I never really venture into this part of the city often. It’s located in a small strip plaza, tucked away in the Strathearn neighbourhood beside a convenience store but Red Ox Inn is only a few streets away. 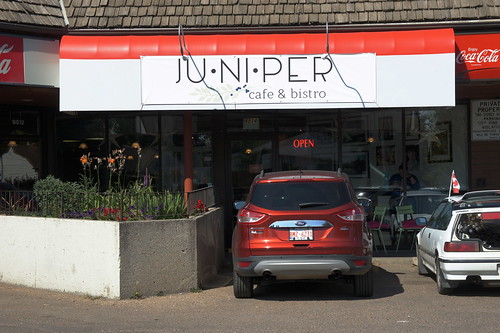 We dropped in on a Tuesday afternoon (around 11:45am) and the place was packed. The inside is cute with lots of seating and even a play area for kids. We wanted to take advantage of the beautiful warm weather so we sat outside (two tables available). 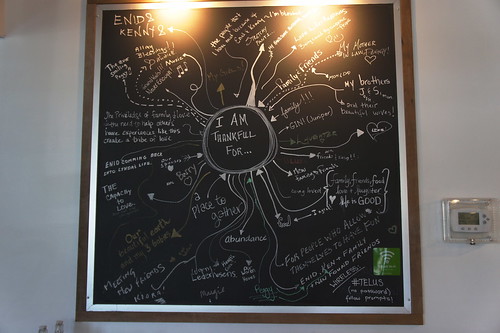 Nice that they have gluten free options. 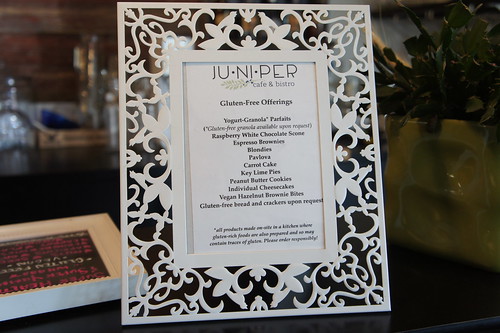 Desserts and drinks at one of the counters. 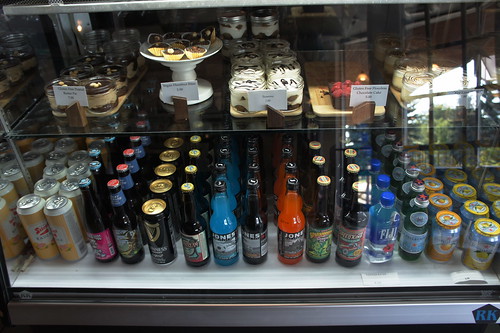 Lots of baked goods on display. 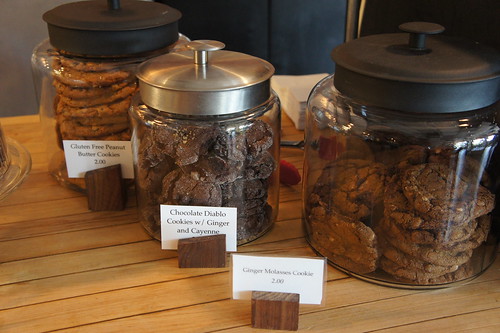 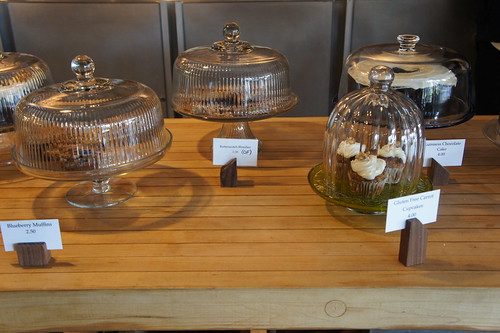 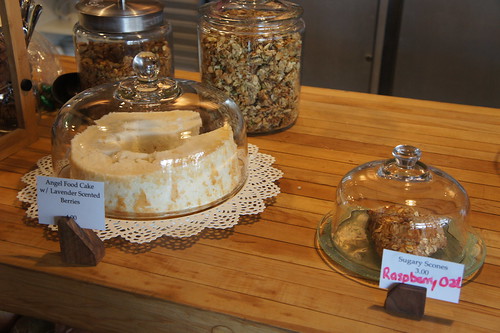 Some coffee, house made spices, doggie biscotti, granola and cookies to take home. 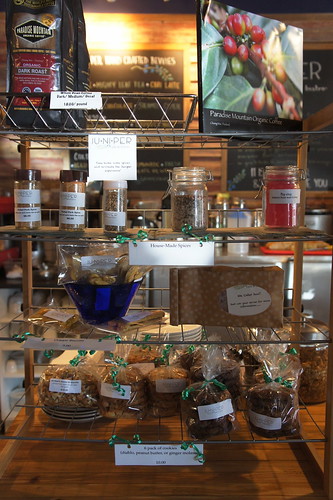 They proudly display where they source their ingredients from. 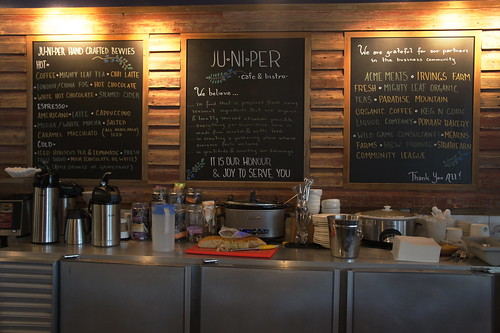 They even have Alley Kat on tap. Some of their summer sippers also sounded heavenly. 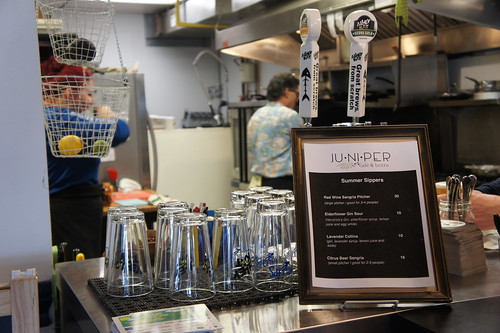 The menu is broken into appetizers & snacks, soup & salad & kids and lunch. Click here to see the menu (1, 2 and 3). There were also a few daily specials. 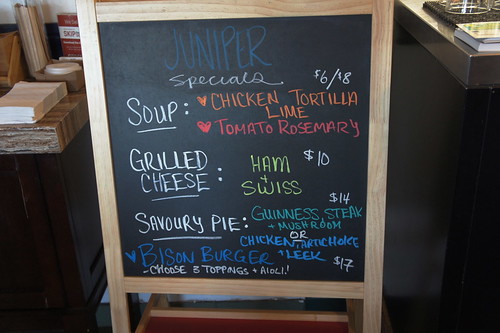 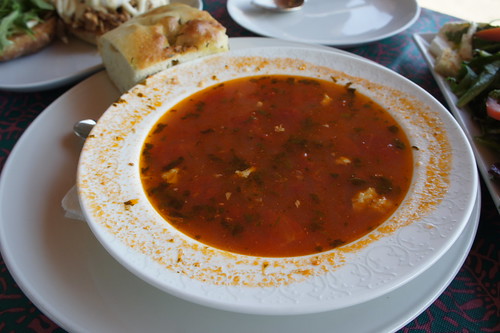 M was excited to try one of their soup specials but this wasn’t what we were expecting. The broth was very watered down with barely any chicken pieces or flavour. The best thing was the focaccia bread but even that was a tiny piece. Skip it. 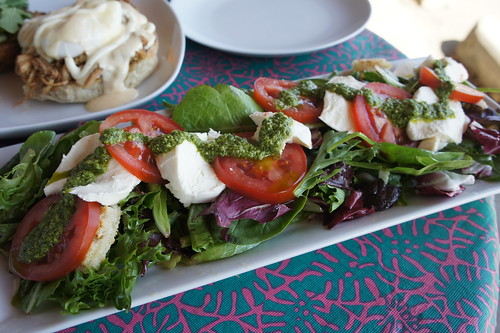 Two Italian salads in one. Fresh tomatoes, bocconcini, spring greens, grilled focaccia croutons and drizzled with housemade pesto. This was the best thing out of the three dishes we ordered. We would have liked more pesto but at least the sauce was tasty. 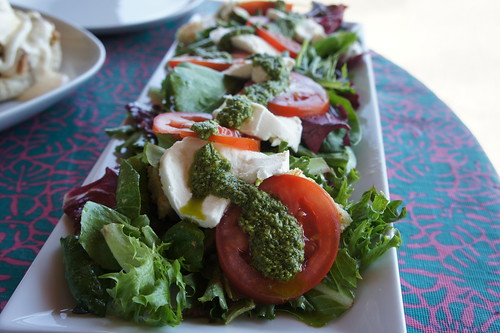 Closeup of the salad. It was much more a caprese salad than panzanella. 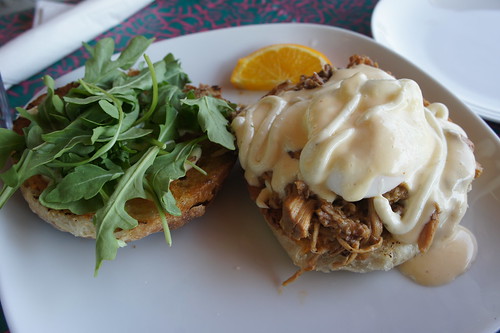 Portuguese bun, poached egg, arugula, homemade hollandaise, lemon-garlic aioli and choice of meat (we went with the pulled pork). Another dish that sounded promising but flavours under delivered. If you’re expecting a top quality brunch style bennie, don’t. There was no ooze to the poached egg and the flavours were just boring.

Wouldn’t go out of my way to come back. Sorry JC.