I was figuring out where to have my last meal of this trip when I stumbled upon New Tang Dynasty and found out they specialize in northern Chinese food, specifically Xi’an cuisine. Yessssssss. 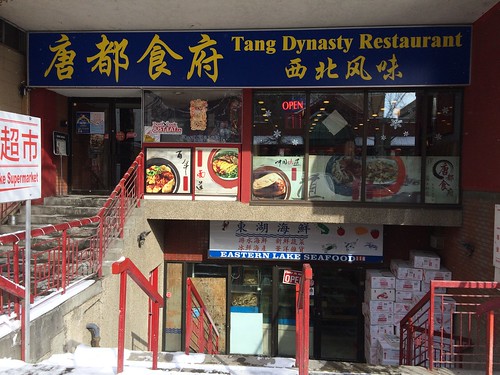 Especially since Auntie’s Chinese Burger closed up shop, I can’t think of any other places in Cowtown that do homemade, hand pulled noodles. 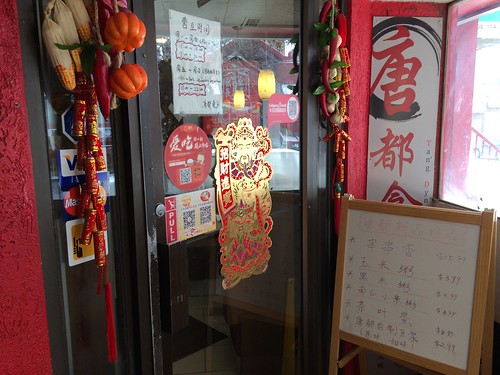 The inside is your typical Asian restaurant with a couple TV’s (one playing an Asian drama, the other oddly had CNN on). Don’t expect much with the service. One nice thing is that they except credit cards – I was definitely not expecting that. 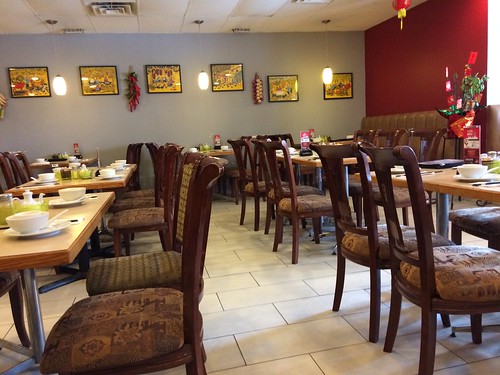 The menu has all your typical northern Chinese dishes. Wish I was able to try more but it was just me. 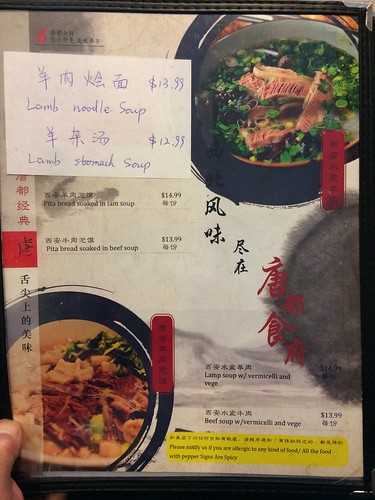 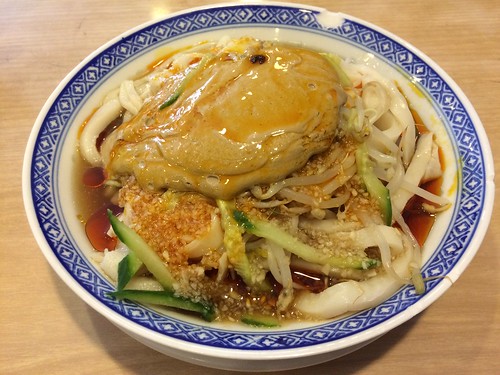 These cold noodles were completely different than what I’ve had previously. Yes, that’s a clump of peanut butter sauce plopped on top of the noodles. I wasn’t a big fan; the noodle texture wasn’t what I was expecting. There was no satisfying “bite” to it if you know what I mean. 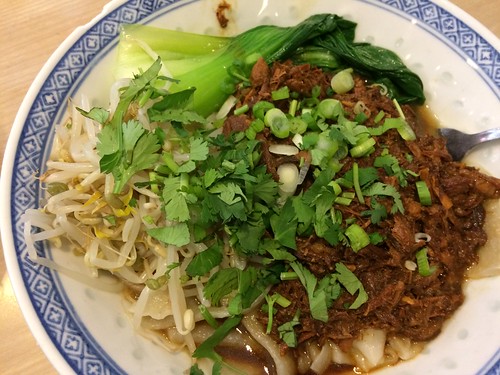 With juicy braised pork, cilantro, green onions, bean sprouts and bok choy. The noodles were of the wide, flat variety but they were cut into squares; great chewy mouth feel and exactly what I wanted. Add some scoops of the spicy chili oil and you’re golden. Delicious.

Solid spot in Chinatown to get your noodle fix in.