So, I’ve never been to The Common even though it’s been around for years. Located close to Pampa’s and neighbours to newly opened sister restaurant Grandin Fish ‘N’ Chips, we decided to check them out during Edmonton Downtown Dining week. Shocking that EDDW has been around for 14 years – it seems to get worse each year. 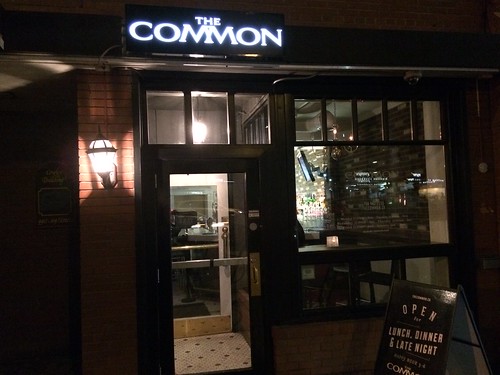 Anyways, one thing The Common has going for it is it’s music. DJ was in the house spinning some sweet beats; hip hop and r&b is my jam. It’s hard to hear though, which must be why most couples/dates were sitting side by side rather than across. 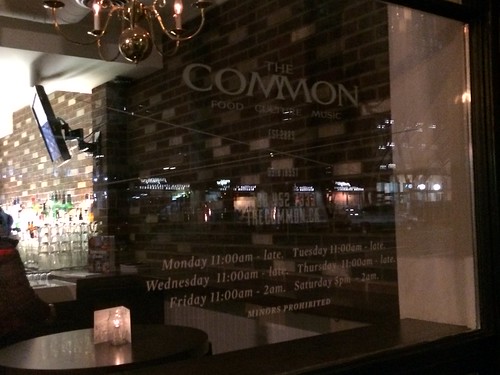 They have some decent daily specials along with happy hour (3:00pm-6:00pm). We came on a Thursday and it was 14 oz domestic draught pours for $4.50. Oddly enough, our waiter never mentioned it. 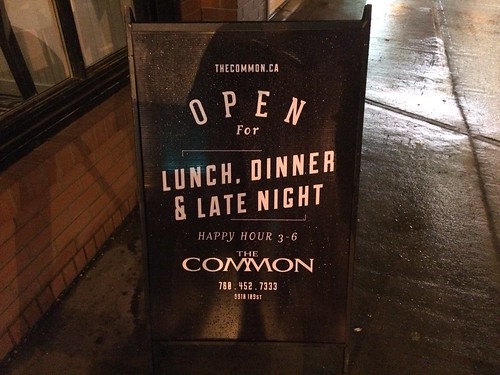 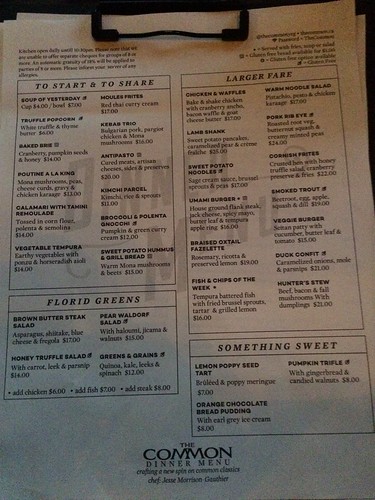 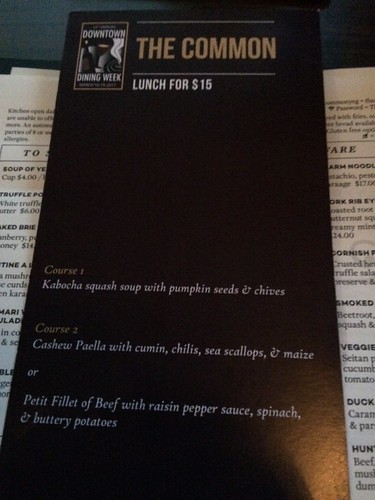 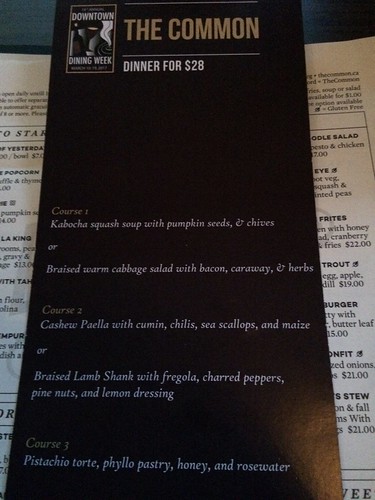 We went with one of the dinner menus as the lamb shank itself normally costs $25.00. Yikes. Normally, I don’t complain about service but hoooooooly crap, our waiter was brutal. He brought out our bill before we got our dessert. Seems he somehow forgot we never got it. When I asked him, he replied “oh, do you want it?”; uh, yeah bro, otherwise I wouldn’t be asking you. I could complain some more but let’s just hope it’s not a common occurrence. 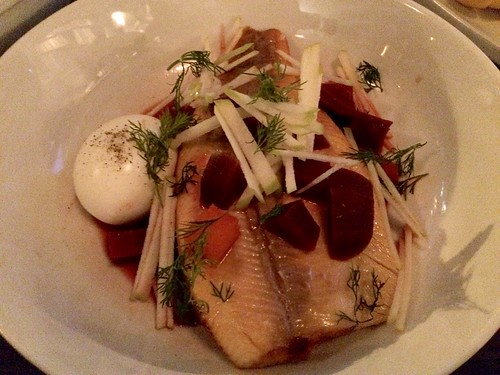 Beetroot, egg, pumpkin, apple and dill. Trout was tender, nicely smoked but the rest of the ingredients didn’t add much to the dish. Dill is great with fish but there was only a few springs. The beets, pumpkin and apple were tasteless. The egg was sadly not oozy. 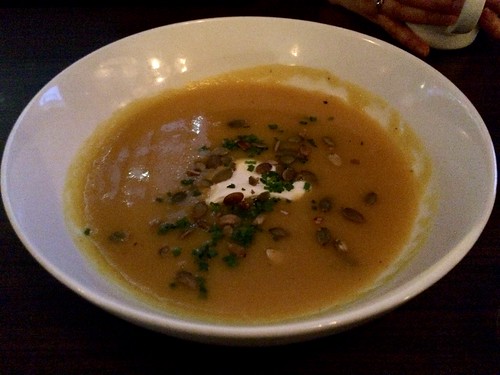 Pumpkin seeds and chives. They also added a dollop of sour cream. The soup was very butter squash-esque and the pumpkin seeds were an excellent addition. 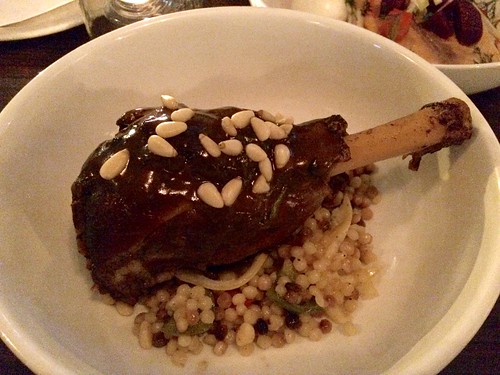 With fregola, charred peppers, pine nuts and lemon dressing. Good meaty portion, mostly tender but underwhelming in flavour. The fregola is a type of pasta but more similar to say a couscous. First time trying it and I liked it. Ctina loveeeeeeed the thinly cut slices of lemon. She couldn’t stop raving about that. 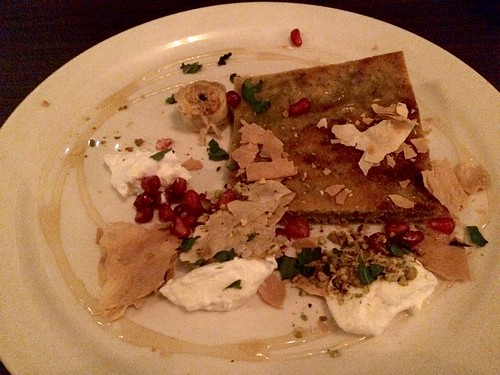 Phyllo pastry, honey and rosewater. I guess they were going for a deconstructed baklava. It was okay but the flavour combinations didn’t really gel well. At least the whipped cream was fresh.

Overall, I wouldn’t come back for the food but what I’d come back for is their hip hop nights. It’s a better place to go for drinks and dancing.