We were starving after hiking so a stop in Banff was a necessity. My cousin was feeling sandwiches and soup so we decided to give Squish a try. We dropped by on a Monday afternoon around 3:00pm for a late lunch. 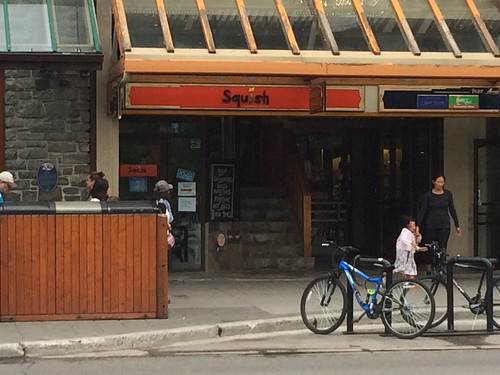 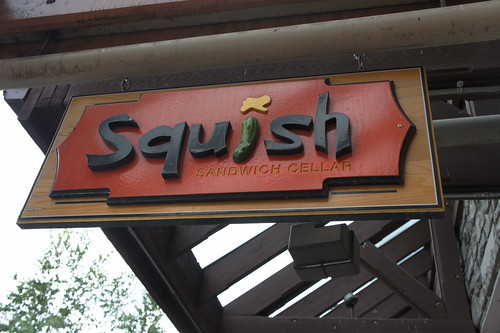 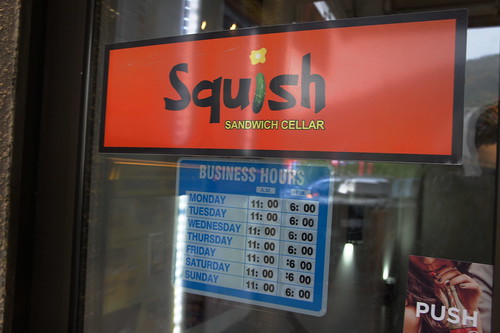 Menu from the outside. Alway like when places do this. You can see the larger menu here (1 and 2). 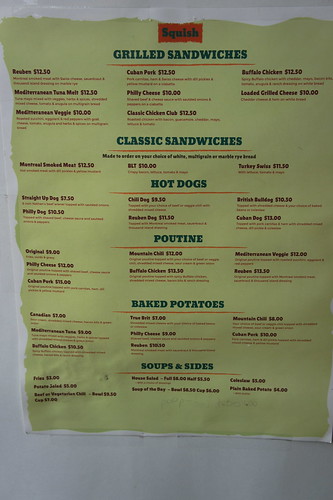 Proclamations that their sandwiches are the best in the Rockies. Or anywhere for that matter. *spoiler alert* keep dreaming Squish… 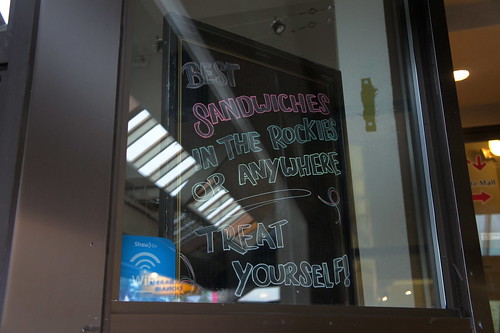 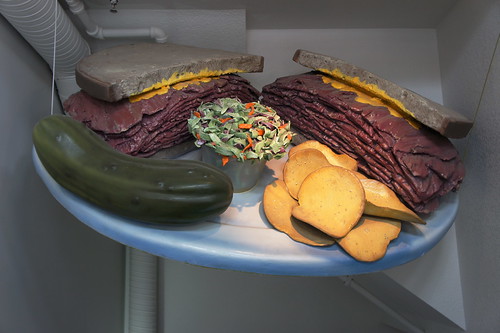 The inside is literally a basement cellar. Lots of room to sit and even a few picnic tables. They had a few TV’s up streaming Wimbledon. 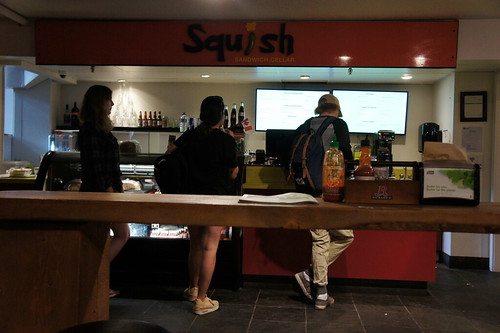 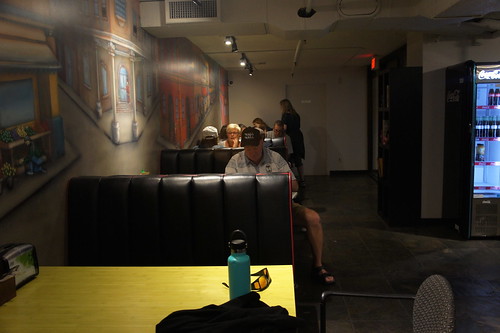 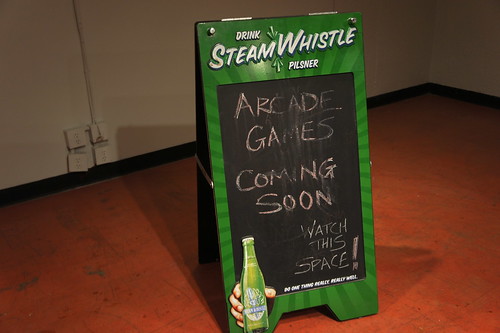 You order at the counter and your food is brought out to your table. Service is pretty bare bones; the man, who I assume is the owner, wasn’t very helpful while we debated what to order. We asked him about the soup of the day, wild mushroom, which he said was good. We asked him if it was homemade and he said no. 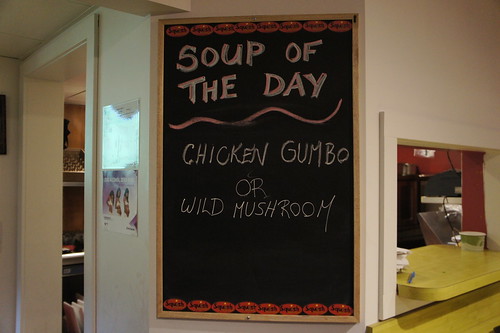 It gets worse. One of the dishes that we ordered had HALF of a plastic sauce bag in the coleslaw. When my cousin went up to show him, all he did was say sorry. It was shocking! Never seen worse service than that. Should we get onto the food? 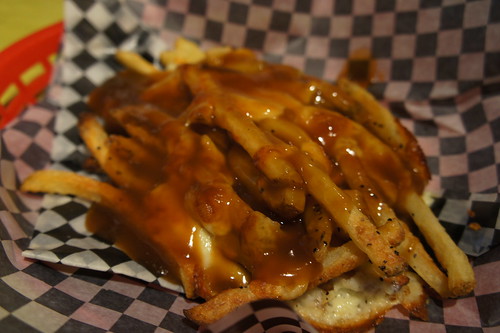 My cousin loved it but it was just decent to me. Think they added some pepper which good a bit of pepperiness to the dish but the curds weren’t squeaky. 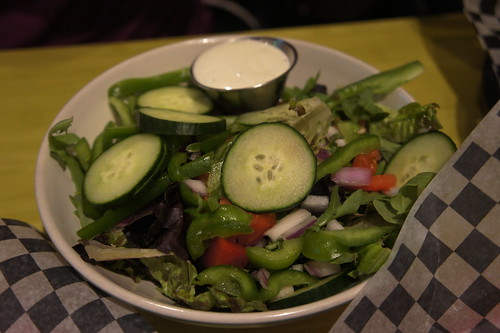 Boring, typical house salad. I can make a better one at home. 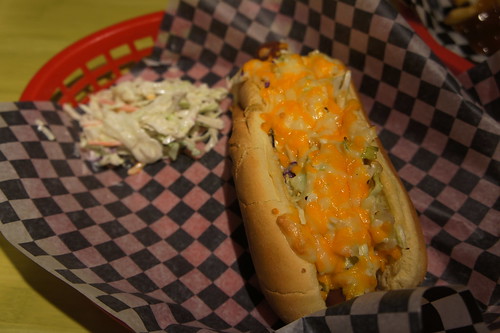 Comes with your choice of side. Since all the sandwiches already had coleslaw, we opted for the baked beans. Pretty bland. 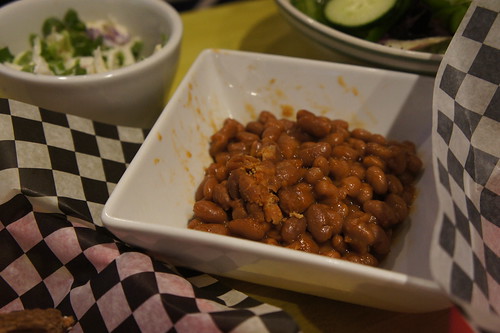 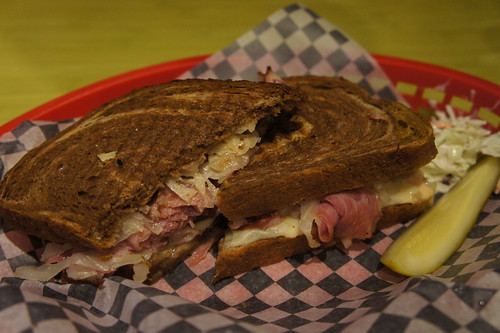 The sauerkraut and thousand island dressing balance was off. Too much sweetness in each bite. It would have been better without the sauce. 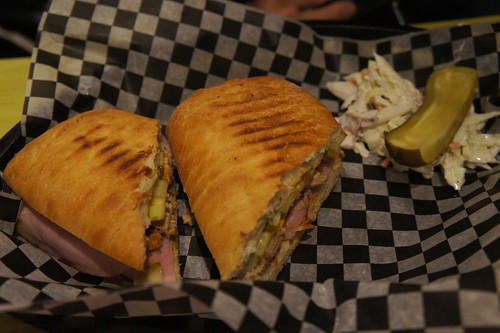 A mix of ham and pork carnets. This was probably the best out of the four sandwiches we tried. 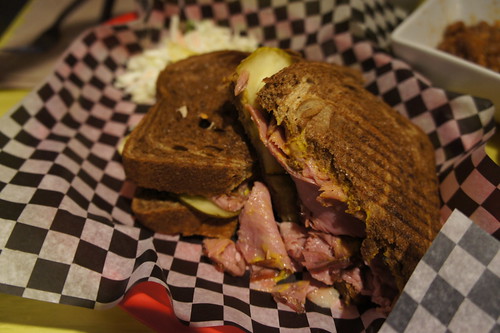 I’ve had the real deal from Montreal so this didn’t cut it for me. The meat was very one dimensional and didn’t have any level of fattiness. 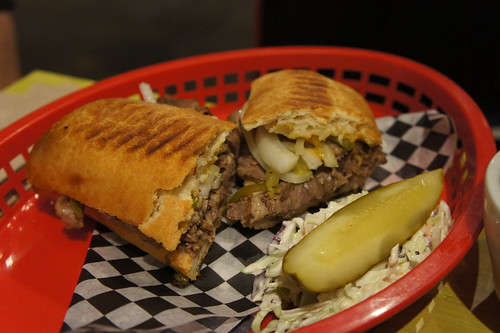 Never had a real Philly cheese yet but this was decent. Liked the shaved beef with sautéed onions and peppers gave it a slight kick.

The food was passable but unimaginative. Doubt I’m ever coming back again.