It’s been over a year since my original visit to Situation Brewing. We were looking for a place to chill after dinner on a Thursday evening so I suggested we check out SB. The place was packed when we arrived around 9:30pm. Shocking. We were quoted a 20-30 minute wait so we put our name down and walked out the door to check out another spot. 30 seconds later, we got a call back that a table had opened up so we turned around and headed back. 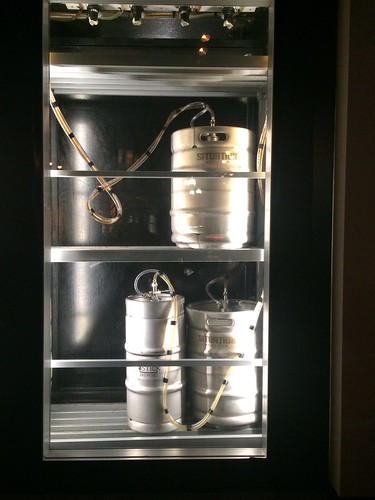 We decided to share two sets of beer flights to try the flavours that appealed most to us. Oddly, they don’t advertise the flights on their menu. We ordered by telling the waitress the four that we didn’t want haha. There were a dozen flavours on tap. 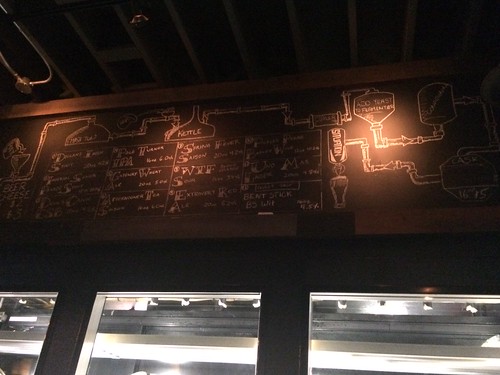 I have yet to try any food on the menu but according to B, the mac & cheese is amaze-balls. 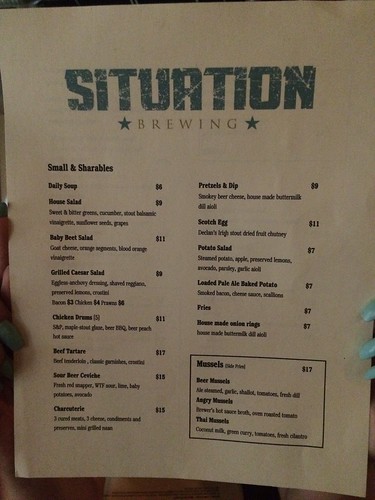 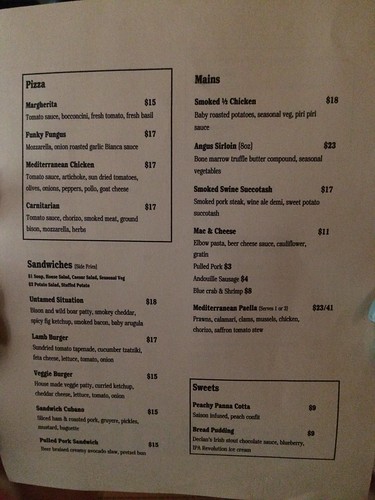 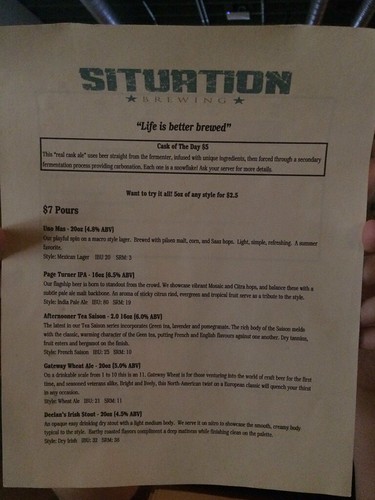 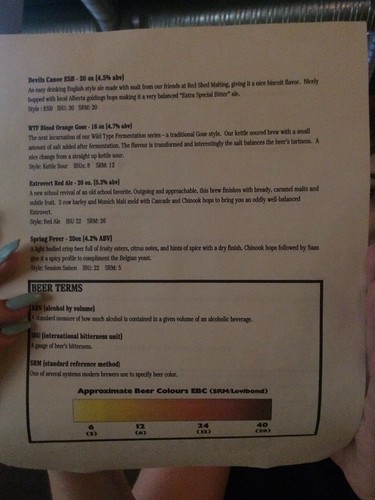 It’s pretty loud inside. One of the workers suggested that we spin the table sideways so that we would a bit closer to each other, which actually worked wonders. 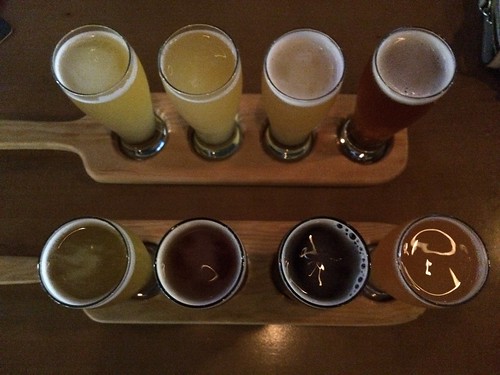 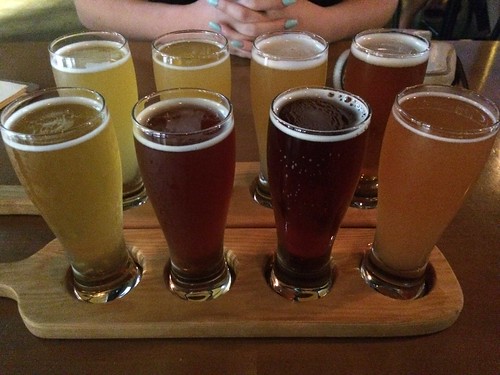 Truthfully, none of the flavours really stood out. At least the price is right ($2.50/flight). Not sure if we’ll be back anytime soon.