Another lunch with Natdogg, another new restaurant to try along 97 Street. Next on the list, Filipino and Pho 97 Restaurant, a Vietnamese and Filipino spot if you couldn’t guess from the name. 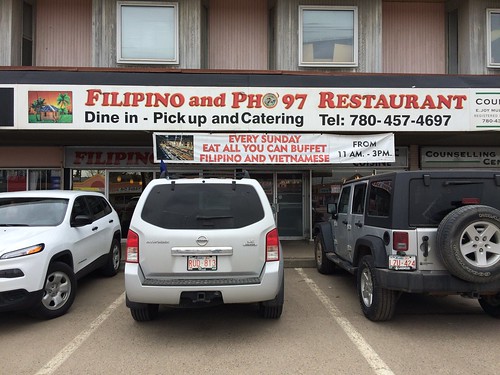 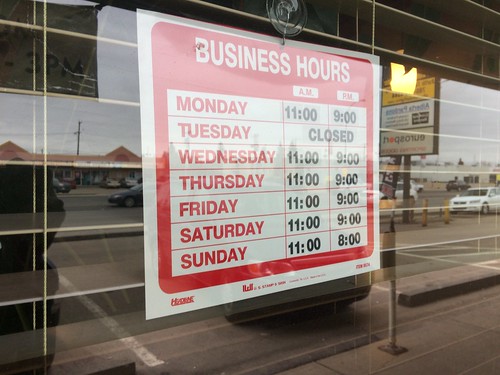 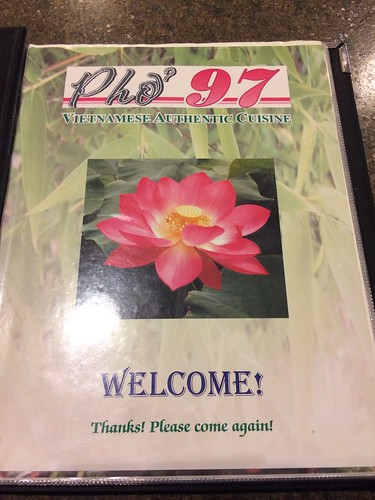 They have a couple combo specials (only available weekdays) behind the counter. 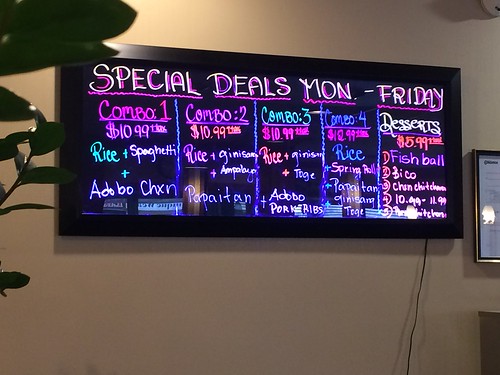 Buffet every Sunday (from 11:00am to 3:00pm). Can’t believe they have to explicitly state no take out or leftovers… 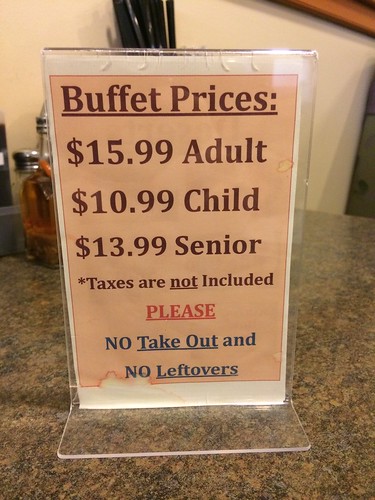 Their desserts are at least very Filipino. 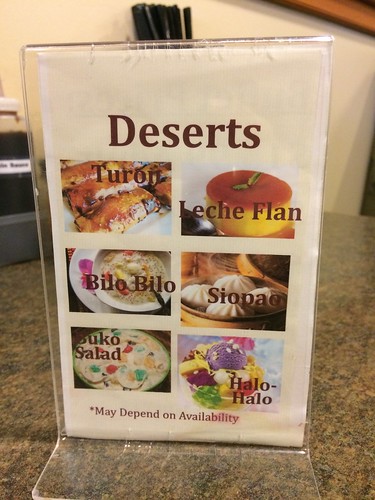 I’ll never understand why restaurants decide to do two cuisines instead of one. 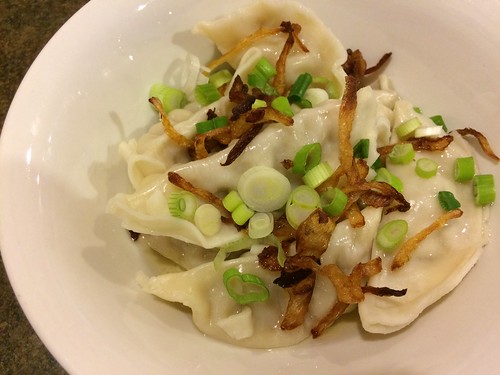 We started with their tapioca dumpling. These were baaaaaaaad. If you’re expecting banh bot loc, think again. The dumplings were soggy and filled with mushy shrimp. We weren’t impressed. 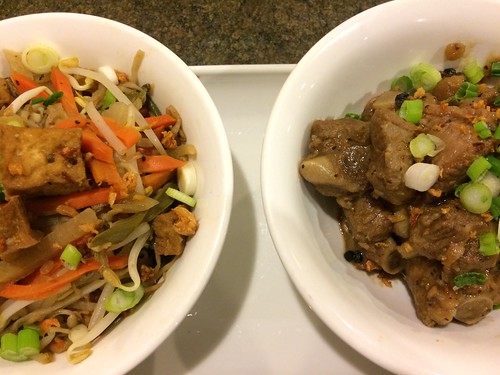 I decided to try one of their special combo deals (available Monday to Fiday). I figured it would be smartest to stick with their Filipino dishes. 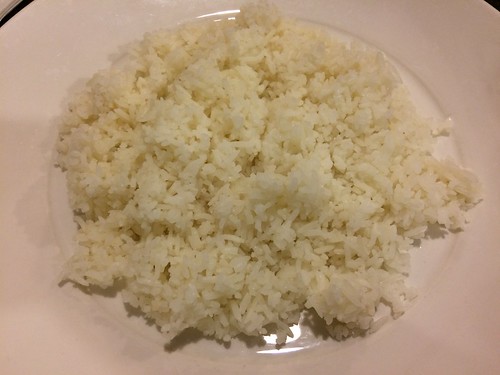 You get a plate of white rice, ginisang, toge and adobo pork ribs. Ginisang + toge basically means sauteed vegetables/bean sprouts according to my Filipino co-worker. The adobo pork was tender and meaty. The rest was unmemorable. 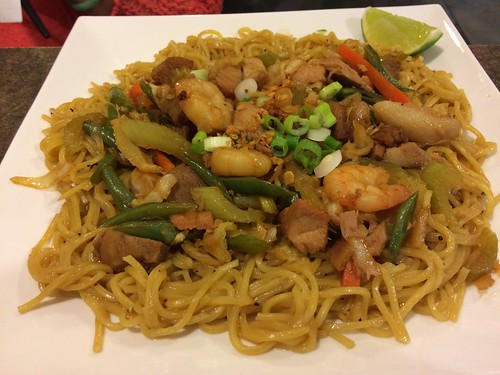 We wanted to like this place (the server was very sweet) but unfortunately, the food didn’t impress. Running out of new places to try on 97…