Get Curried has taken over the old digs of Afra BBQ + Grill (which did not last long). The green paint job and table booths remain the same but this time, the food is Indian. 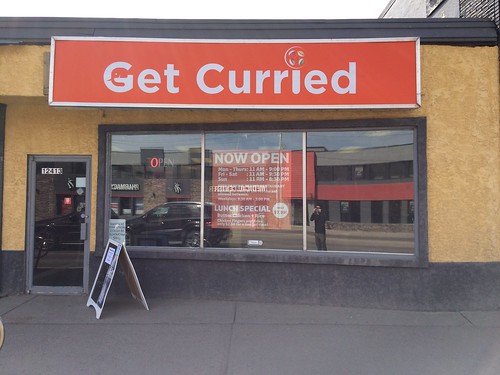 We came on a Monday for lunch and were pretty much the only ones there. It seems to be run by a husband/wife combo. Their kid even came up and asked if the spice level was okay with us during their meal. Cute. 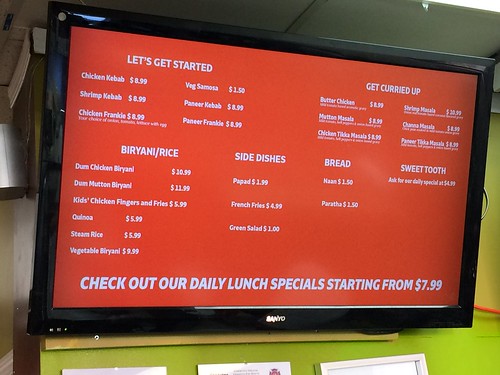 Menu is small focusing on a few appetizers, curries and biryanis. They have a lunch special ($7.99); not sure if it changes daily. 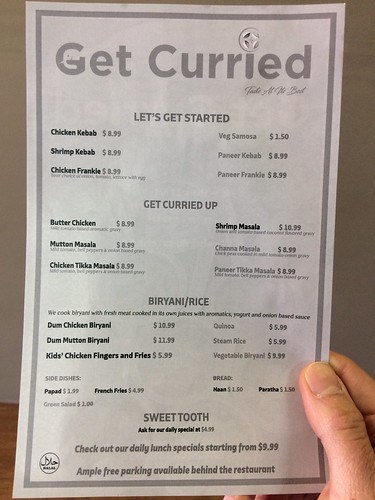 Service is a little slow but you can tell that they make everything here fresh. Just keep that in mind if you’re planning to sit in and eat like we did. 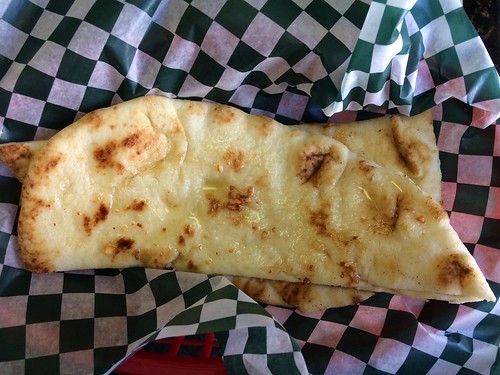 On the menu, it just says naan but you can get garlic naan too! These were fresh and satisfyingly toothsome. You could really taste the garlic blended in too. We originally ordered three but got two more orders to soap up all the sauces. 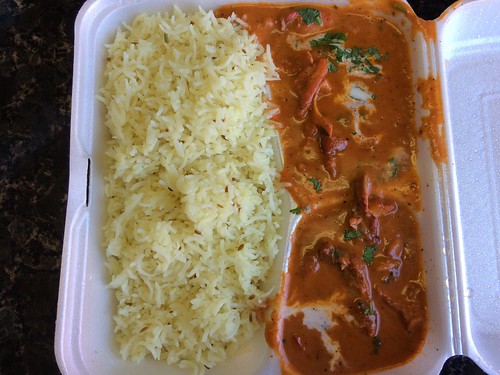 Chicken in a mild tomato based aromatic gravy. It came with a side of rice. Pretty awesome lunch deal! The sauce is more on the sweet, tangy side but the chicken itself was great. Really tender and juicy. 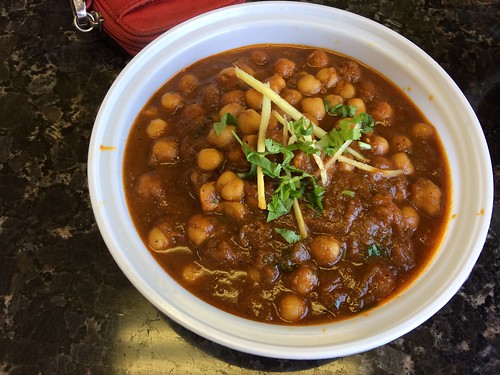 Chickpeas cooked in mild tomato onion gravy. This was my favourite of the three dishes. The chickpeas were great; not too soft nor too hard and the slightly thicker sauce was addictive. 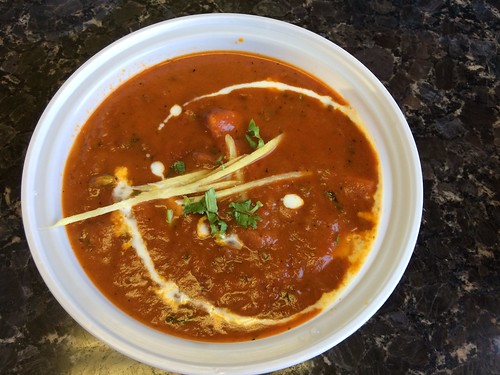 Mild tomato, bell peppers and onion based gravy. The sauce again was a bit more on the sweet side but there was a good amount of paneer included.

Solid spot to grab some cheap, quality Indian eats in this neck of the woods. Hope they get more foot traffic in their doors soon.